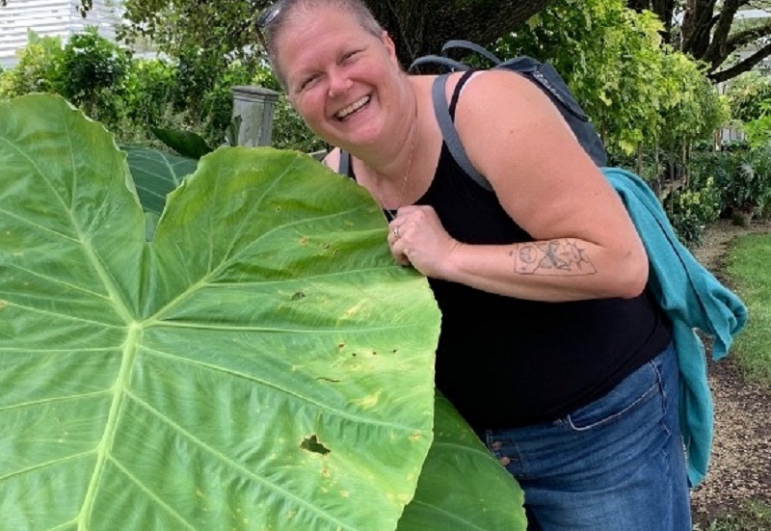 Jamie Brown Wright was an energetic presence in and a beloved member of the close-knit community of Springtown, Bucks County, where she was a floral designer and previously operated a general store on Main Street. Wright, 46, lost a year-long battle with cancer over the weekend, and friends from throughout the area are now rallying to help support her family.

The village of Springtown is rallying to support the family of one of their own, who died over the weekend following a year-long battle with cancer.

Jamie Brown Wright was well-known in the community for her past ownership of the Springtown General, a store she opened in 2018 in a restored building on Main Street.

Wright closed the general store after less than a year in business, but remained active as a gardener and floral designer until her illness made it impossible for her to work.

She was also devoted to her family, including her husband, Blayne, and their three young daughters.

A GoFundMe established on the Wright family’s behalf by friend Alyssa Anzur late last year has raised more than $40,000 to help pay for expenses related to her cancer treatments, which it notes began in December 2019 following a trip to the doctor for an evaluation of muscle pain in her chest.

Wright had undergone a double mastectomy five years earlier, Anzur said, and tests revealed that her cancer had not only returned but also spread to her bones and lungs.

Eventually it was discovered that Wright had leptomeningeal metastases of her cancer–meaning it had spread to her spinal fluid and brain–and she received a terminal diagnosis of weeks to at most several months.

Blayne Wright shared the following tribute to his wife’s courage on Facebook Saturday.

Please do not think she lost the fight. She would prefer you realize that her cancer died with her. Her war with cancer came to a draw at best. As much as she hated the vision of her as a fighter or warrior, it’s hard not to attribute those words to her. Not in terms of her illness, but in her existence. She fought for her children, she fought for her friends, she fought for her passions. She made things beautiful, be it in art, in gardens, in decorating or design. I will always remember this.

And on the GoFundMe established to help his family, he thanked the hundreds of donors who have supported them financially and in other ways.

“Words cannot express the grateful appreciation that I have for each and every person that has helped us,” he wrote. “From those who donated, to those who felt that we were worthy to have our story shared. Thank you all, from the bottom of my heart, for making it possible to make this transition in our family’s lives, easier.”

The support continues to come in from individuals as well as business owners.

Carol Tweed, who co-owns the Springtown Inn, said the restaurant is planning a dine-and-donate event on Friday, Jan. 15. Ten percent of sales that day will be donated to the Wright family, and Tweed said the inn will also accept donations from anyone who doesn’t wish to dine or can’t dine that particular evening.

The Springtown Inn is located at 3258 Main Street in Springtown. For more information about making a donation to the Wright family at the inn, please call (610) 346-7262.

As of Monday, donations were also still being accepted via the GoFundMe page.

Funeral arrangements for Wright had not yet been publicized as of Monday evening.