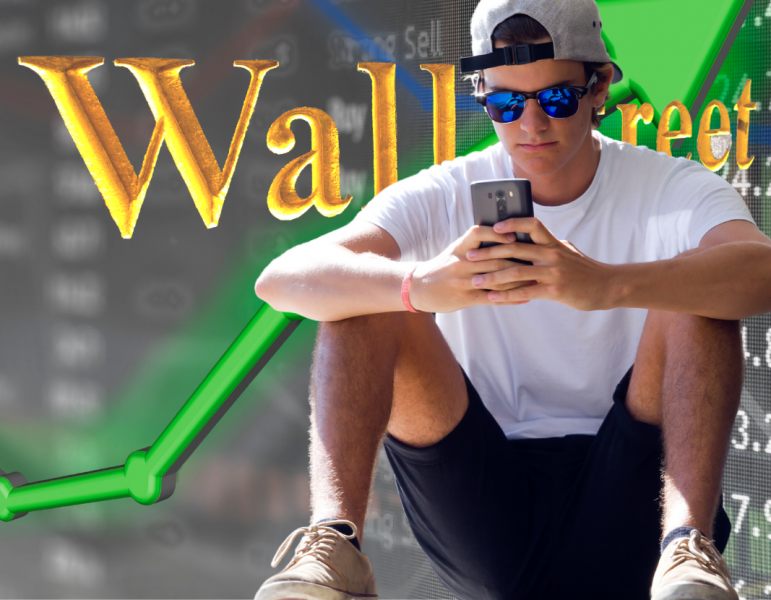 The disruption to the stock market caused by redditors and rebellious young investors who challenged hedge fund companies last month could have long-lasting implications for the U.S. economy.

Over the past couple of weeks, the New York Stock Exchange has been disrupted by an army of unlikely investors, a group of Reddit users. Reddit is a website/app where users can join “subreddits” to discuss topics of interest with other users. The subreddit responsible for the disruption of the NYSE is titled “r/wallstreetbets” and consists mainly of gamblers, investors and young people.

Beginning Jan. 26, roughly 1.5 million members of the “r/wallstreetbets” subreddit collectively decided to invest in GameStop and AMC Theatres stock, following the large-scale short-selling of the stock by hedge fund companies. To put it in other words, the hedge fund companies had predicted that AMC and GameStop stock would continue to lose value and the companies would eventually go bankrupt. Their strategy to profit off the situation was to borrow shares of the stocks from lenders based on their expectation of continued declining value. After borrowing the shares, the hedge funds expected to sell them to buyers willing to pay market price. When the price of the stock then declined as expected–and before the borrowed shares had to be returned–they would buy back the shares at the lower price, thus making a profit. This is how short-selling stock works.

The redditors, infuriated that the hedge funds were assuming AMC and GameStop would go bankrupt, decided to buy insanely high amounts of the stocks, thus raising their price and forcing the hedge funds to buy them back at a very high price and lose large amounts of money. Over the course of two days, the price of GameStop stock went from $76.79 per share to $347.51 per share, while the price of AMC stock went from $4.96 per share to $19.90 per share. This jump attracted many more investors, including the likes of Tesla CEO Elon Musk, who, at one point, joined the subreddit to talk with other members.

The “strength in numbers” aspect of the redditors’ investing allowed for the prices of the stocks to grow exponentially, while simultaneously costing the hedge fund companies millions. The evening of Jan. 27, after the exponential growth of both AMC and GameStop stock, stockbrokers from hedge fund companies used their ability to trade after the closing of the stock market to sell their shares of AMC and GameStop stock, subsequently dropping their prices. Nervous that they might lose their money, many casual investors began selling their stocks, also lowering the price of the stocks. However, leaders from the “r/wallstreetbets” subreddit urged members to stay strong and hold onto their stocks. Although the price of GameStop and AMC stock took a large hit from the 27th to the 28th, many investors from reddit kept their stocks. At this point, it was more about disrupting the hedge funds than it was about making money for themselves.

The price rose again from the 28th to the 29th, as the disruption of the stock market reached the national news and garnered even more interest from potential investors. Eager to join this army of redditors and potentially make themselves a profit, investors drove the price of the stock back up to near its peak. The losses suffered by the hedge fund companies seemed nearly irreparable as the stock market closed on the 29th, as the companies searched for ways to make some of their money back.

Beginning Jan. 30, the prices of GameStop and AMC stock declined steeply, as the popular stock trading app Robinhood blocked users from buying them. Robinhood was the main source redditors used to trade stocks, and the inability to buy additional stock gave brokerages the power to lower the prices. This act by Robinhood to block users from purchasing specifically GameStop and AMC stock was highly detested by many, even including outsiders who weren’t using the app. Many saw it as a sign that the rich will always be able to shift the cards in their favor.

Since then, GameStop and AMC stock prices have steadily declined, as more and more investors have decided to sell their stocks in order to limit their losses. However, the leaders of “r/wallstreetbets” still try to encourage their now 8 million members to hold their stocks, not to give in to the hedge funds and to buy more stocks. This effort seems futile, as stock prices for GameStop and AMC have nearly returned to their previous levels, before the spike. Robinhood’s CEO, Vlad Tenev, faces no penalty for his interference in the ability of the app’s users to buy stocks, but is now under much public scrutiny for his actions. This week, however, has shown the public’s strength as stock market investors, and inspired many people to begin investing. Many young people and redditors alike have decided to start investing as a hobby after seeing the amount of money made by those who followed the spike in GameStop and AMC stock.

This event has not only grown the number of investors within the stock market, but also highlighted the issues within our stock market, as the owners of investment sites can dictate which stocks users may trade.

James Townsend is a junior at Saucon Valley High School. He plans on going to college with a major in communications, and is interested in gaining experience in the field through writing for Saucon Source. James believes that the ideas and viewpoints of teenagers are rarely shown and often underappreciated in today’s news business. As a teen, he thinks that the thoughts of teenagers about current events are ever-so-important as younger people begin to become more active in politics and other national issues. He offers his own opinions about what it is like to be a teenager living through different current events, and hopes to present a fresh perspective for readers.

Editor’s Note: The views expressed in this column are the author’s alone, and do not represent the views of the Saucon Valley School District.