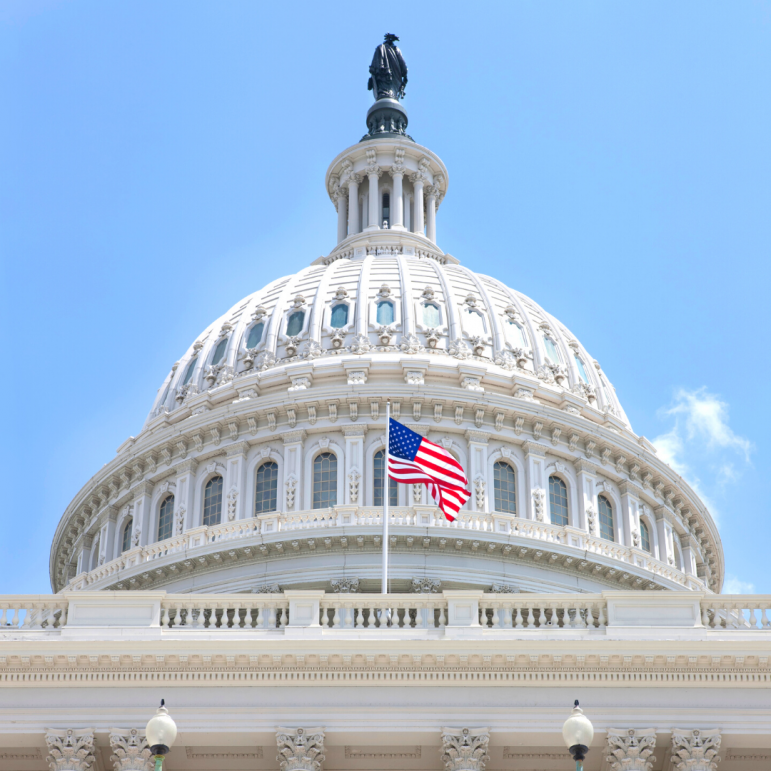 The attack on the U.S. Capitol on Jan. 6 wasn’t discussed in junior James Townsend’s classes at Saucon Valley High School, which he feels contributed to a feeling by many teens that it was “just another occurrence” and nothing particularly shocking.

On Wednesday, Jan. 6, 2021, the United States Capitol Building was breached by a mob of pro-Trump rioters attempting to stop the counting of the Electoral College votes for the 2020 presidential election. Incited by a Trump rally earlier in the day, supporters marched down Pennsylvania Avenue, Constitution Avenue and the National Mall toward the Capitol building. Rioters began their breach of the Capitol at around 1 p.m., pushing through the light law enforcement presence to reach the front of the eastern and western sides of the building. At approximately 2:11 p.m., rioters broke into the western side of the building, eventually pushing their way toward the Senate chamber. The attempted coup lasted for approximately three hours, until the building was secured. The incident ended with five people dead, and dozens of police officers and rioters injured.

The raiding of the U.S. Capitol is an unprecedented event in our nation’s history. The last
time that our capitol was raided was during the War of 1812, when the British set the Capitol building on fire. Having American citizens invade this seemingly untouchable home of democracy is something that many couldn’t have imagined. Additionally, having this type of violent protest incited by the President has left many in disbelief. After the attack on the Capitol, President Trump was impeached by the House of Representatives for the second time during his presidency, becoming the first American president to be impeached twice. The attack has made many frightened for Inauguration Day, when more pro-Trump protests are expected to occur.

While this event is obviously a major moment in our country’s history, and is even considered a terrorist attack by some, this almost seems like just another day. As a teenager, it seems like every day brings a new, shocking story. After the year of a global pandemic, worldwide protests for social justice and a heated election, the invasion of the Capitol seems almost like just another occurrence. While the prominence of the Capitol riot is understood, many people don’t acknowledge it as much as they would in another year. Personally, I watched as my mom talked about the Capitol invasion as if we were watching a terrorist attack, but as I watched the news I never felt the same pain and shock as she did. While I understood the magnitude of the situation, the invasion was just another development.

This idea of desensitization to major events is one that holds true for many people in my
generation. My generation, Generation Z, has grown accustomed to major historical events happening in our lives. Beginning with the attacks on the Twin Towers in 2001, through the stock market crash of 2008, and now with the COVID-19 Pandemic, my generation is no stranger to serious, oftentimes horrific events. Many people remember certain events by referring to the location in which they were when it happened, but nowadays, most events don’t seem as significant. The only event significant enough for most teenagers to remember their location at its occurrence was the initial lockdown due to COVID-19. For many teenagers, this day changed life as we know it.

Additionally, with the prominence of social media in the lives of nearly everyone in Gen
Z, news spreads faster than ever before. With this constant stream of information available, teenagers can access global news in an instant. Headlines of bombings, deaths and hostile politics crowd social media feeds, and many young people have grown a resistance to this type of news. While still horrific, this news is just simply not as shocking anymore.

Adding to this desensitization for teenagers, is the lack of discussion about these events in school, which seems to lessen their importance. Many teachers, perhaps fearful of accidentally projecting their views upon their students, shy away from talking about these global news stories. While successful in keeping schools politically neutral, this lack of discussion makes it so that students don’t fully understand the significance of the history that is being created around them.

This trend was evident again following the Capitol invasion. Another extremely important event in our national history seems commonplace for teenagers. An environment of constant news and lack of conversation fosters this idea of desensitization for teenagers, giving major occurrences the appearance of normalcy. The topic of current events in public education needs to be re-examined in order to give students a better understanding of the events around them and their effect on their lives as a whole.

James Townsend is a junior at Saucon Valley High School. He plans on going to college with a major in communications, and is interested in gaining experience in the field through writing for Saucon Source. James believes that the ideas and viewpoints of teenagers are rarely shown and often underappreciated in today’s news business. As a teen, he thinks that the thoughts of teenagers about current events are ever-so-important as younger people begin to become more active in politics and other national issues. He offers his own opinions about what it is like to be a teenager living through different current events, and hopes to present a fresh perspective for readers.

Editor’s Note: The views expressed in this column are the author’s alone, and do not represent the views of the Saucon Valley School District.