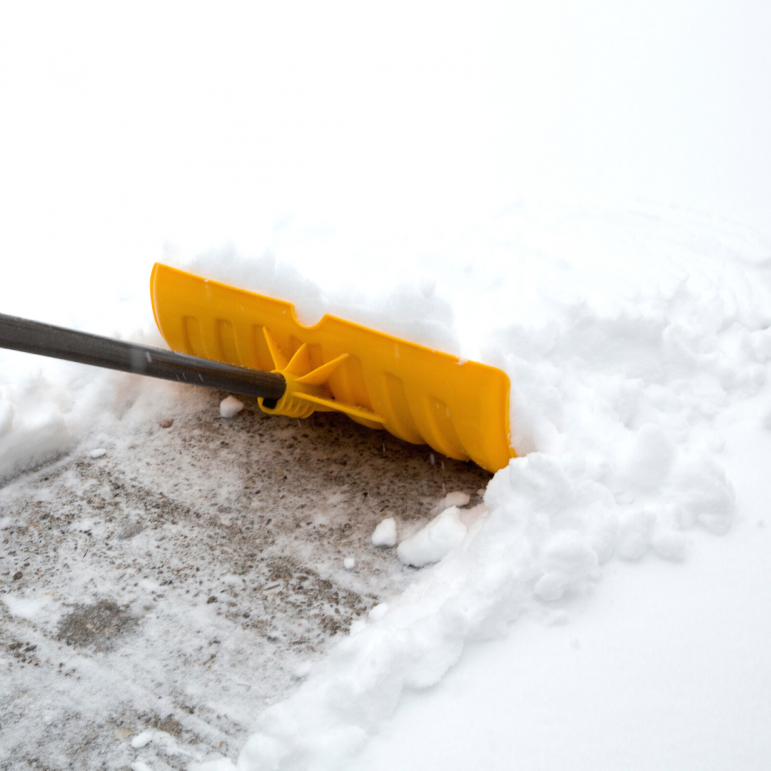 Snow shovels–and the local people behind them–have been getting a workout this February.

UPDATE: The National Weather Service has upgraded the winter storm watch to a winter storm warning for 5 to 8 inches of snow for the Lehigh Valley and surrounding areas. The watch is in effect from 4 a.m. Thursday to 10 a.m. Friday, with the heaviest snow expected Thursday morning and afternoon. Travel is expected to be difficult. A snow emergency in effect until further notice began in Hellertown borough Wednesday evening. Nearby municipalities including Coopersburg borough and Lower Saucon Township have also declared snow emergencies in response to the winter storm.

Tuesday night’s predicted ice storm never materialized, but lovers of snow and ice need not fret. Yet another winter storm has set its sights on Pennsylvania, with the next round of winter weather forecast to begin late Wednesday night and continue into Friday.

In a winter storm watch statement issued Tuesday, the National Weather Service warned of the possibility of “heavy mixed precipitation” including snow and sleet, which it said could accumulate 5 to 8 inches by the time the storm departs.

“Travel could be very difficult,” the statement said. “The hazardous conditions could impact the morning or evening commute (Thursday).”

Sleet and/or freezing rain could mix with the snow Thursday evening into Thursday night, with light frozen precipitation likely into the daytime hours Friday, the NWS said.

Pennsylvania Weather Action issued a first call forecast for the late week storm Tuesday, in which lead forecaster Josh Adams placed the Lehigh Valley in a zone in which he said 6 to 9 inches of snow are possible.

“We are talking about mainly snow, with only some minor wintry mix concerns in southeast PA,” Adams said. “This may be the last pure snow event of the season for some of us, as this cold and stormy pattern will finally breakdown next week. Note that this storm will come in heavy right around the Thursday AM commute, with snow rates of 1 to 2 inches per hour possible in (the) heaviest banding across southern PA.”

The cold and snowy weather pattern referenced by Adams has dominated in Pennsylvania since the beginning of February, when a long-duration Nor’easter dumped more than two feet of snow on east central Pennsylvania.

Nearly 50 inches of snow has been measured in official observations taken at Lehigh Valley International Airport near Allentown so far this season, whereas the total seasonal snowfall in a typical winter is a bit less than 35 inches.