It’s been about 24 hours since a historic snowstorm ended with two-plus feet of snow on the ground for many in the Saucon Valley area, and a large-scale cleanup is under way.

The good news is that as of Wednesday, most major roads are not only passable, but dry and down to blacktop (see photos, below). Motorists should be aware, however, that icy patches could form in areas where there has been melting of snow, particulary at night.

In Hellertown borough, some alleys and side streets remained at least partially snow- and slush-covered Wednesday, as the main focus of public works employees and contractors has turned to removing mountains of snow along the sides of Main Street.

That work was taking place in the 600 block of Main Street Wednesday afternoon, with a variety of heavy equipment in use to cut away at the snow pack and free up parking.

Borough officials said Tuesday that crews will also be removing snow from intersections around town where visibility has been compromised due to snowpiles at the corners.

In Lower Saucon Township, most main and secondary roads appeared to be in similarly good condition. State roads that are plowed and treated by PennDOT–such as Rt. 378–also appeared mainly dry and free of ice or snow.

Since opening all roads Tuesday, the township’s public works crew has been actively working to open all pipes and inlet basins to help limit flooding, an email announcement from the township said.

“They are pushing back snow piled at intersections to improve sight distance,” it added.

Due to the amount of snow that fell and the limited number of public works staff most municipalities employ, the cleanup efforts along local roads will likely continue for days.

“This will take time to get going and complete,” an email from Hellertown officials stressed.

Any additional snowfall in the coming days could obviously compound the efforts.

Hellertown borough remains under a snow emergency until further notice, meaning parking is still restricted on snow emergency routes. The same is true in some other local municipalities, although Lower Saucon Township has lifted its snow emergency. 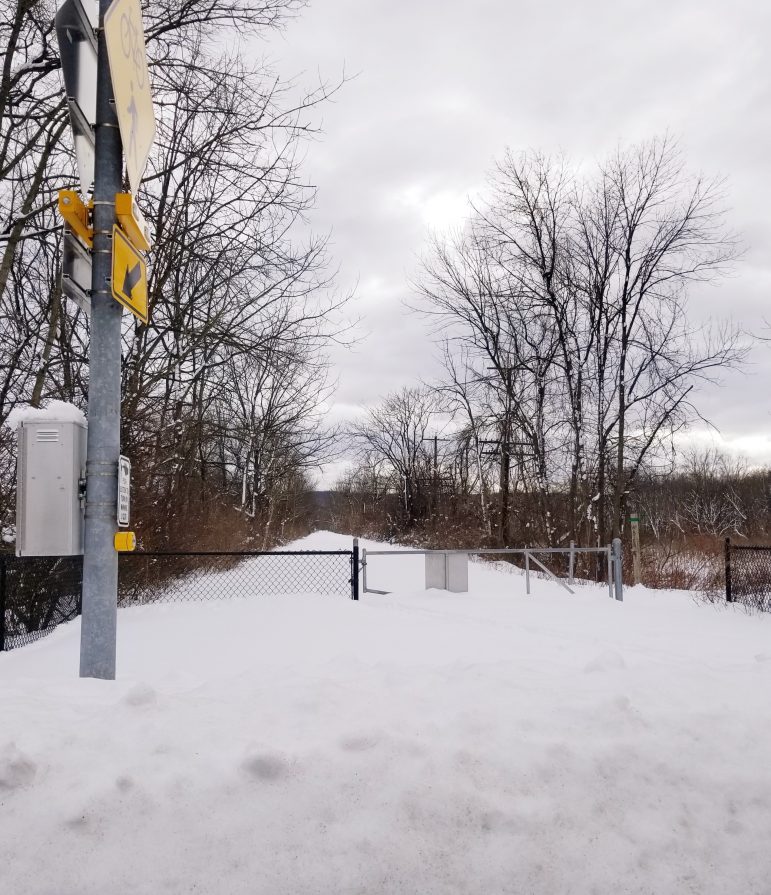 While not a road, the Saucon Rail Trail is an important transportation route for walkers, jogglers and cyclists in the Saucon Valley area. As of Wednesday afternoon it was buried under heavy snowpack, no doubt to the delight of local cross-country skiers. 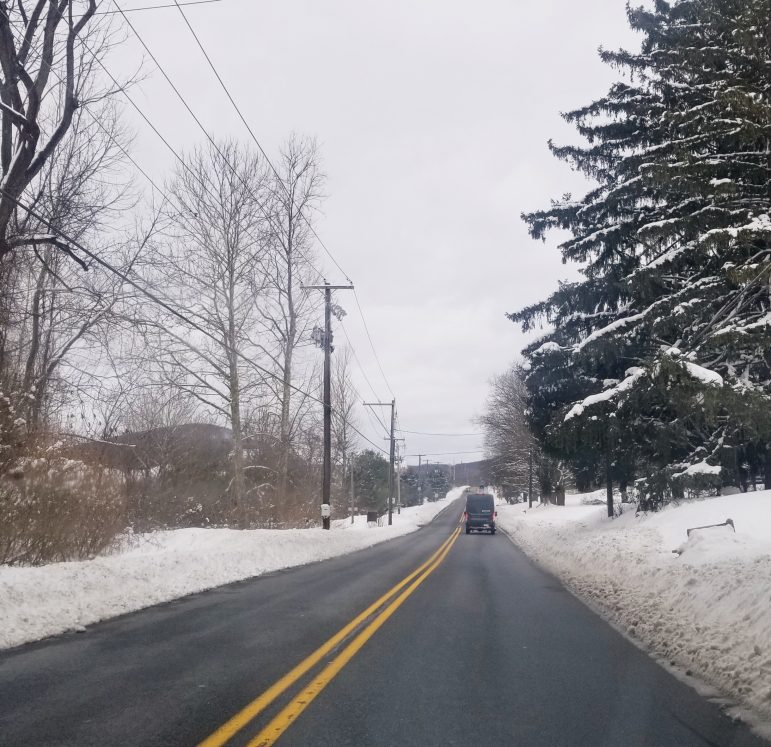 Above is Friedensville Road looking east toward Hellertown. The double yellow line in the center is the boundary between the City of Bethlehem (on the left) and Lower Saucon Township (on the right). 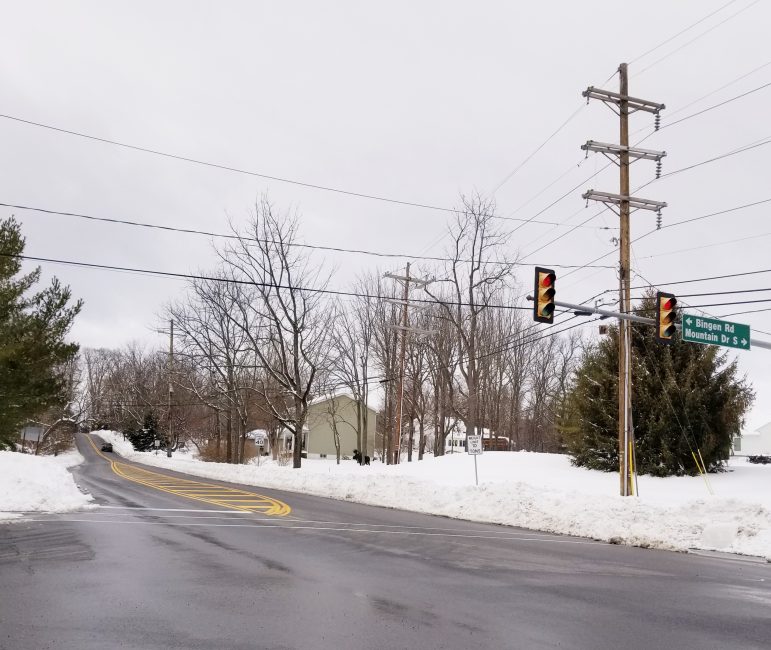 Hickory Hill Road as seen from its intersection with Bingen Road in Lower Saucon Township. 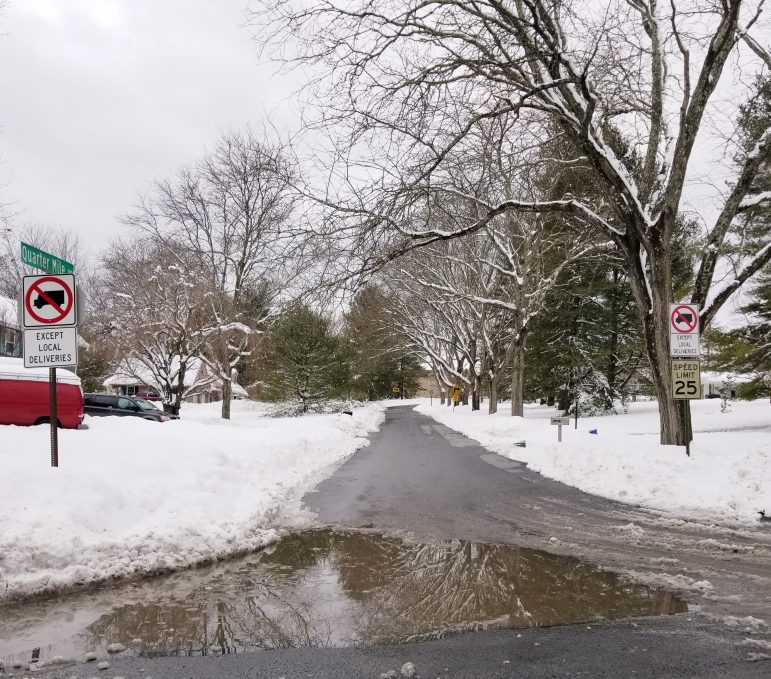 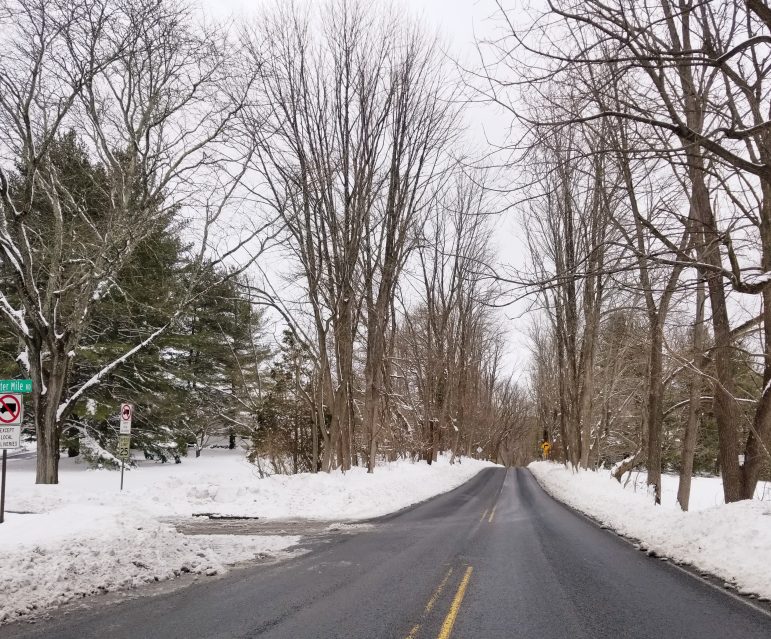 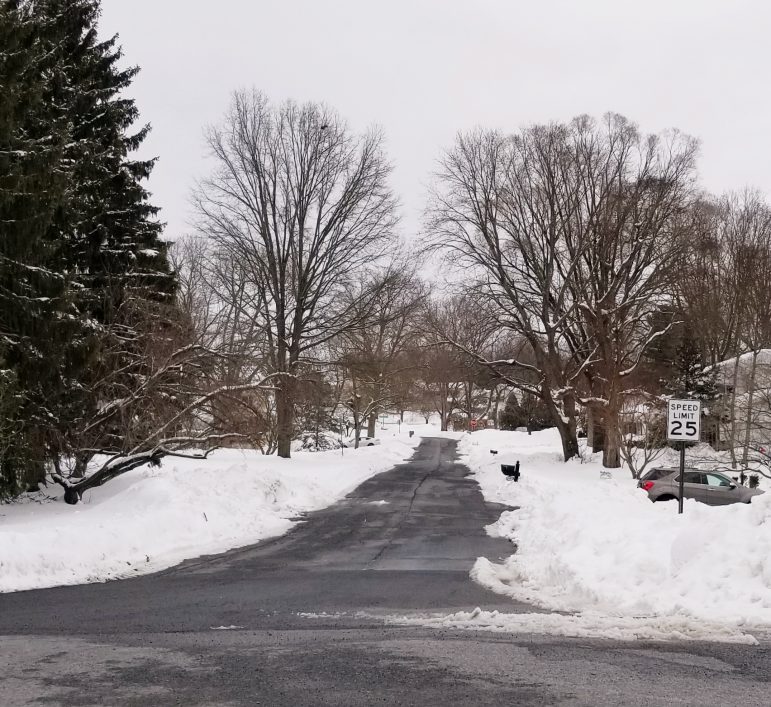 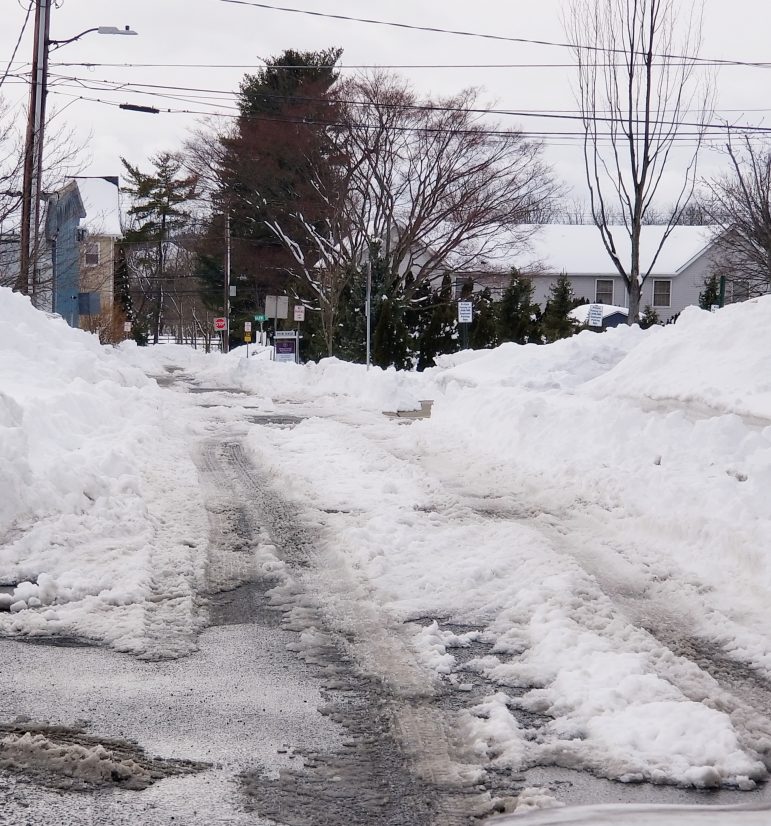 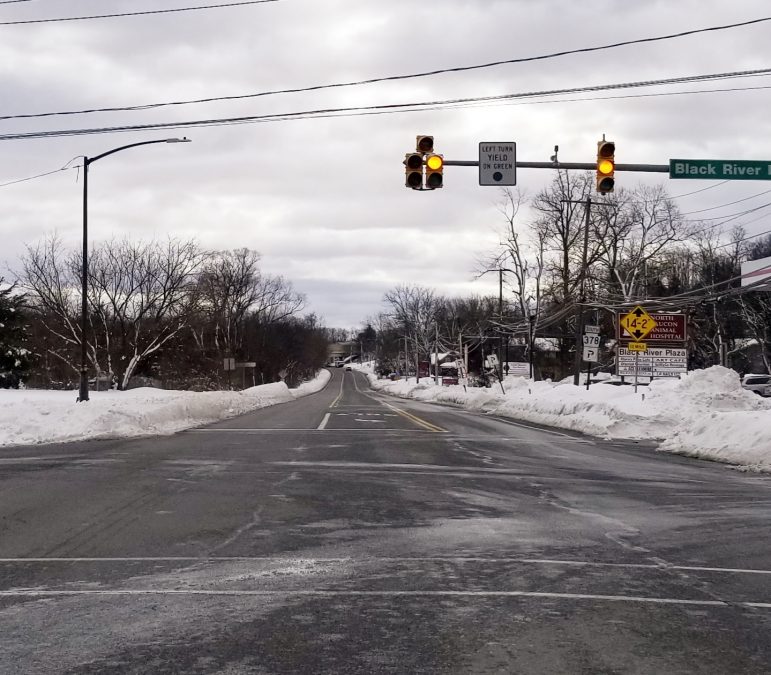 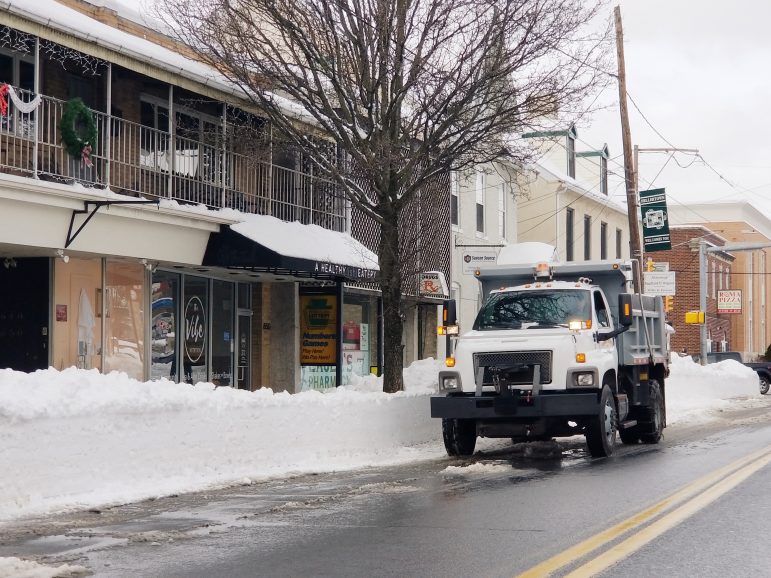 Snow removal was taking place in the 600 block of Main Street and at other locations in Hellertown Wednesday afternoon. 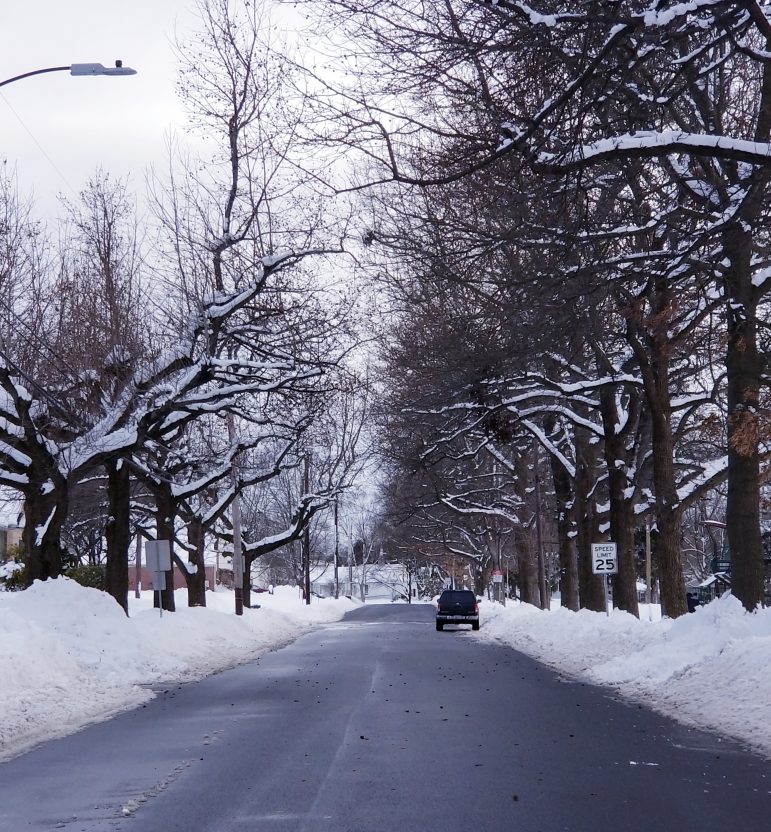 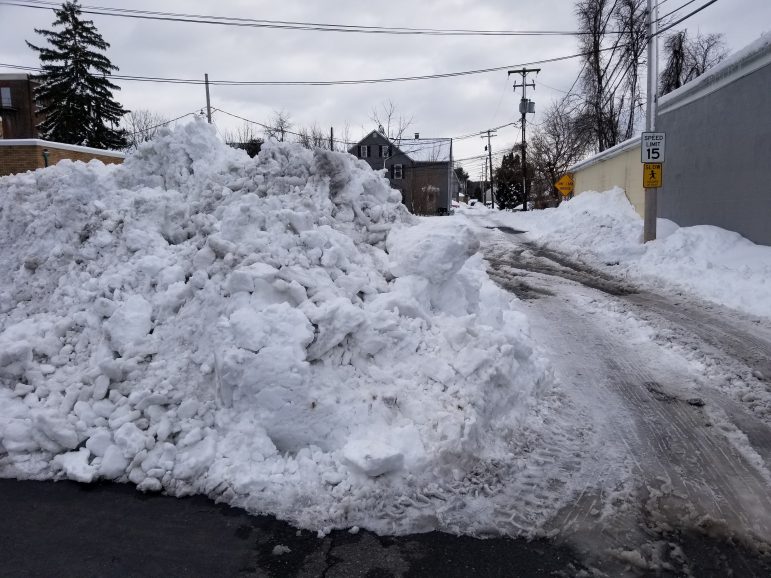 A large mound of snow divides two parking lots along the 600 block of Harris Street. Harris Street is an alley that runs parallel to Main Street south of Water Street in Hellertown. Although most main and secondary roads are clean down to blacktop, some narrow side streets and alleys remain snow-covered, at least in places. 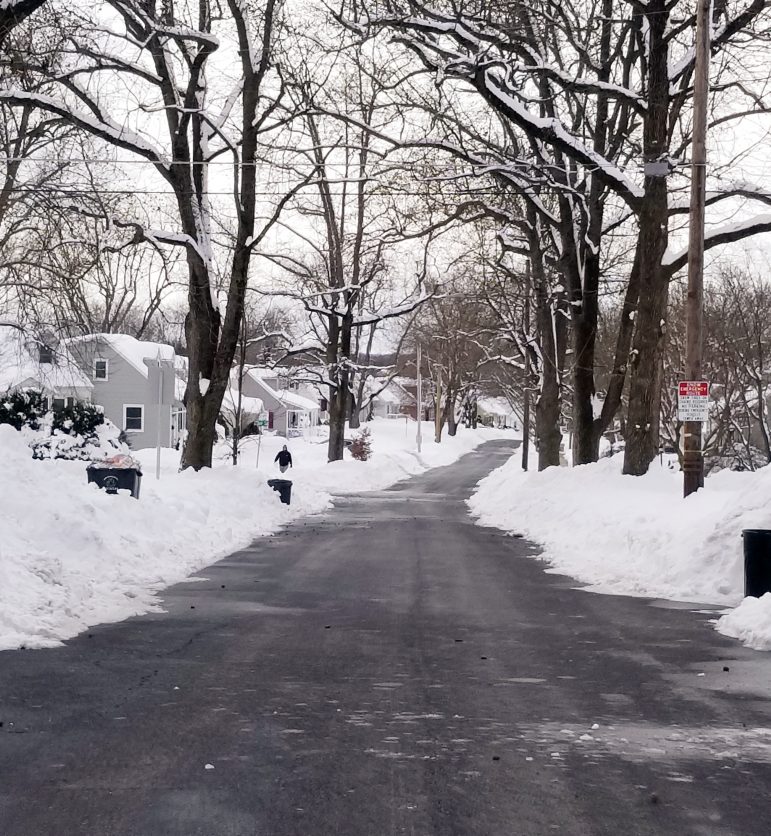 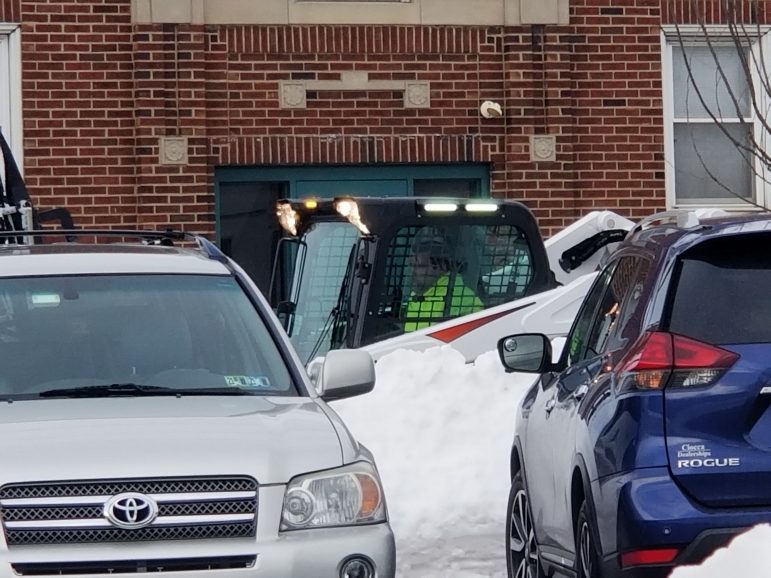 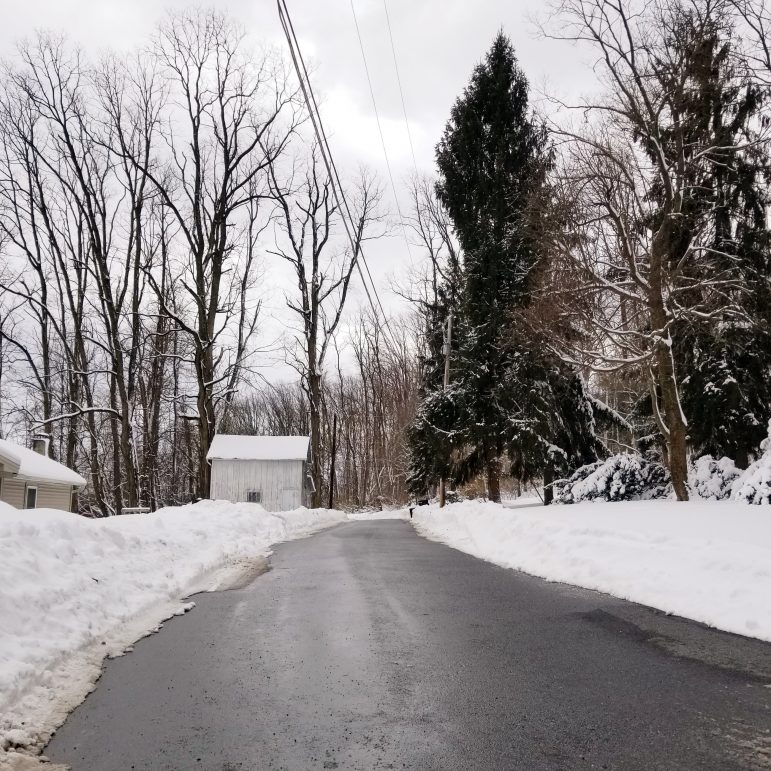 The upper end of Fire Lane in Salisbury Township. 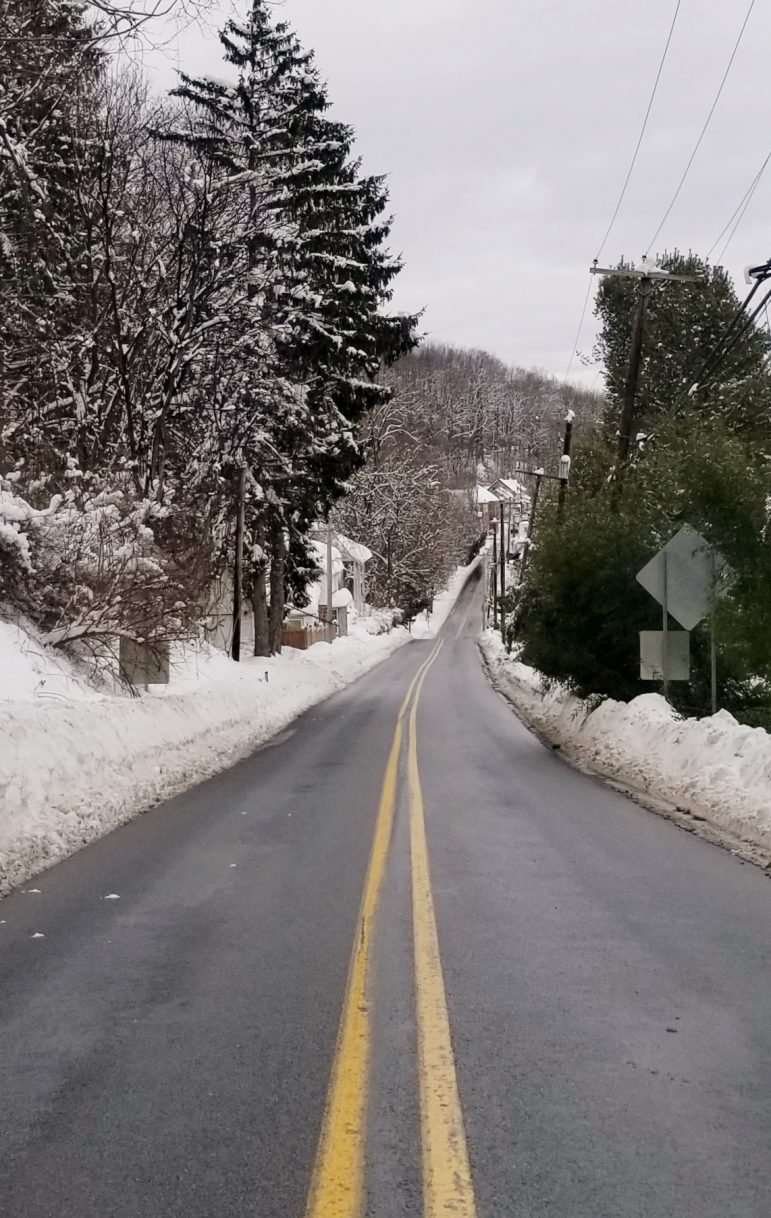 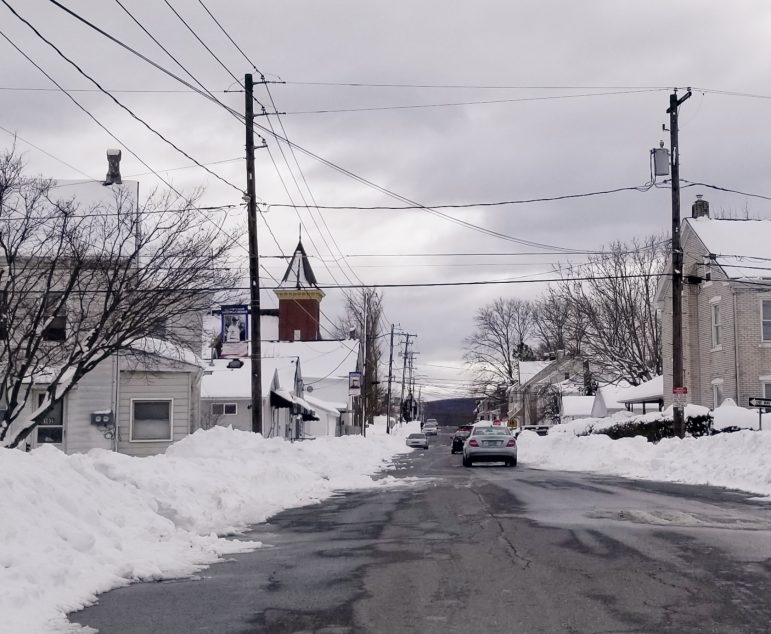 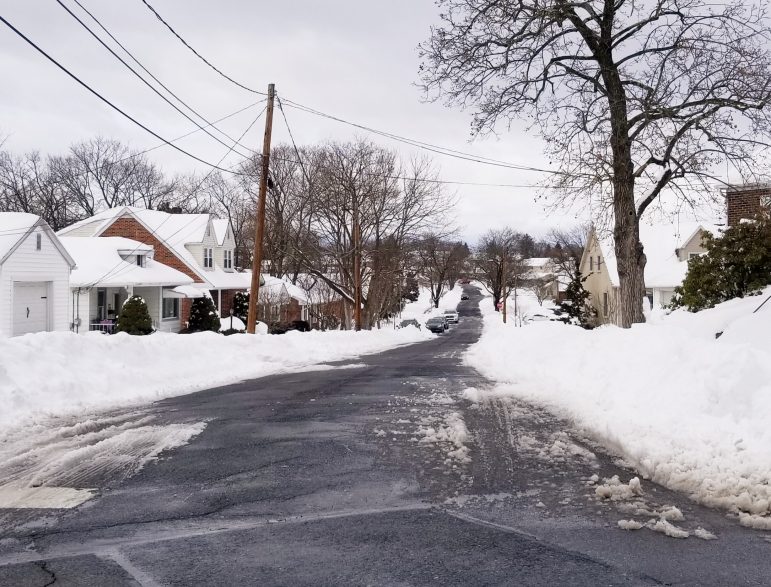 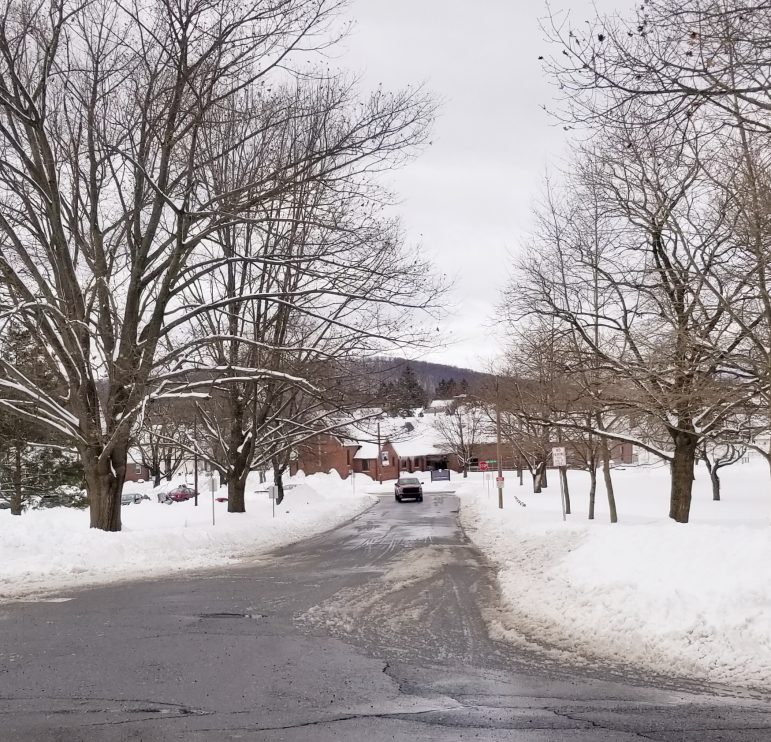 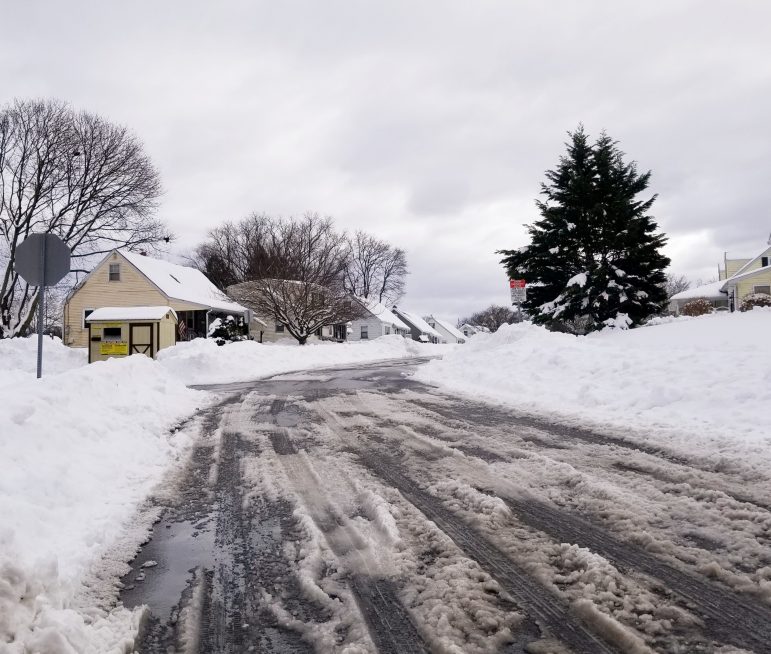 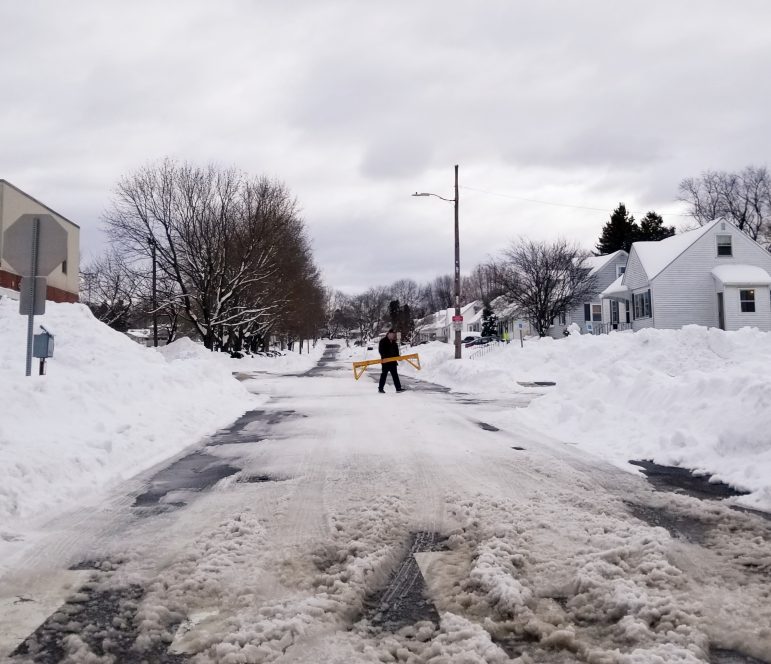 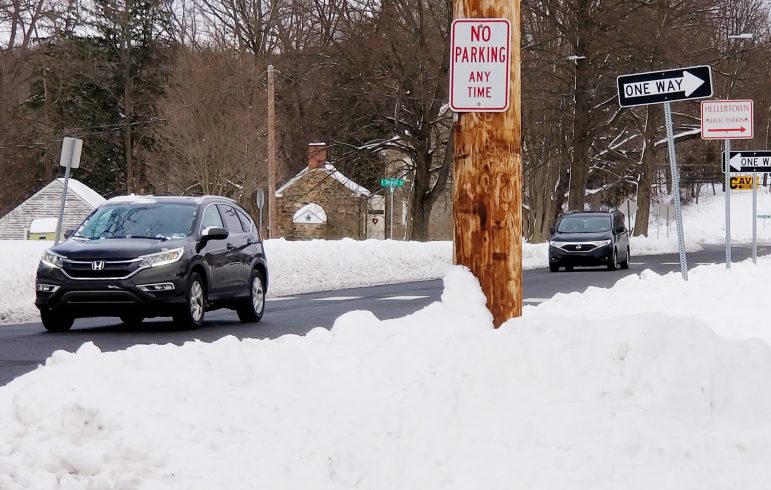 Durham Street at Depot Street, near the Hellertown Pool and Dimmick Park in Hellertown borough. 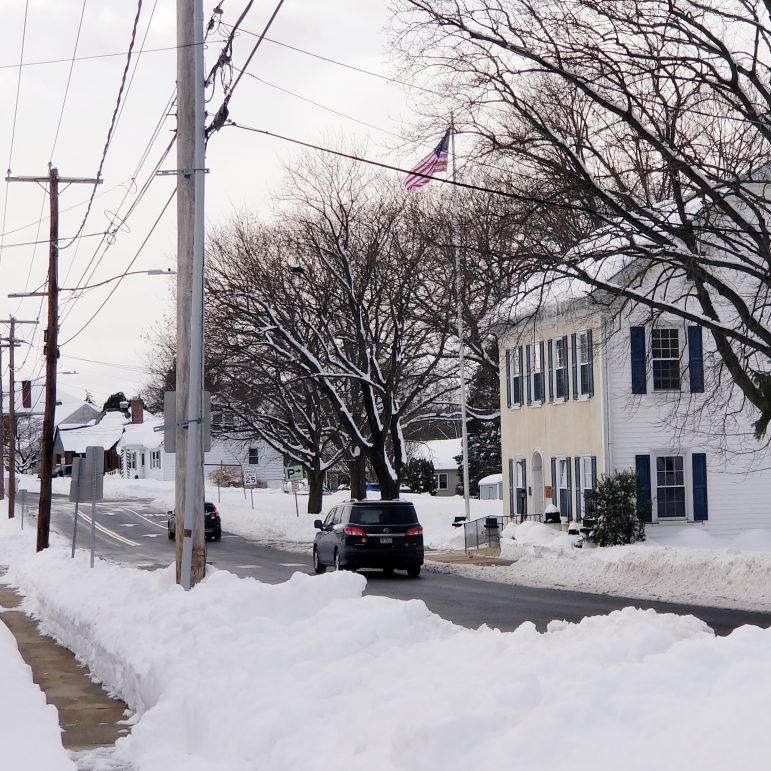 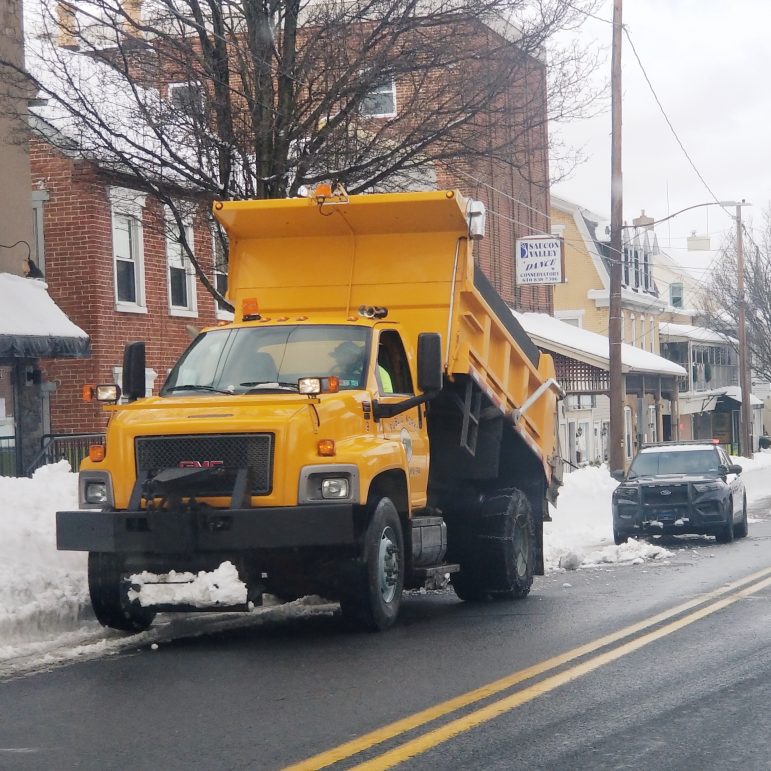 A Hellertown Police SUV follows behind a borough dump truck and skid steer involved in snow removal operations in the 600 block of Main Street, Hellertown borough. 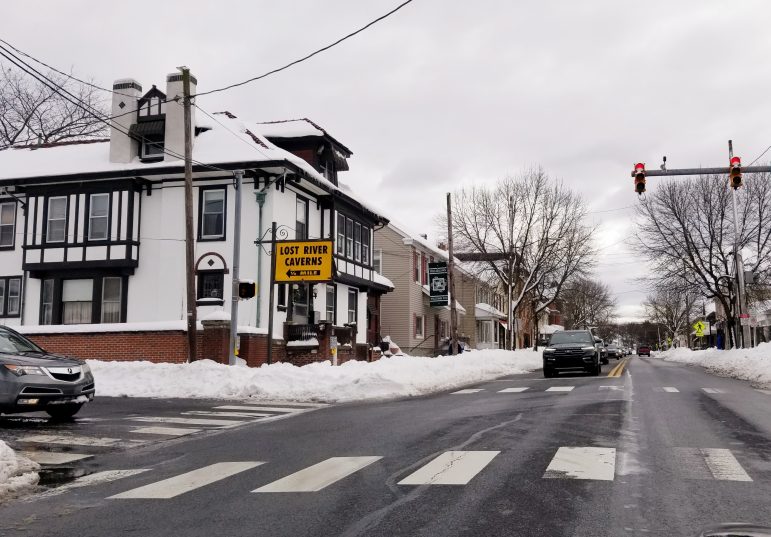 The intersection of Main and Penn streets in downtown Hellertown. 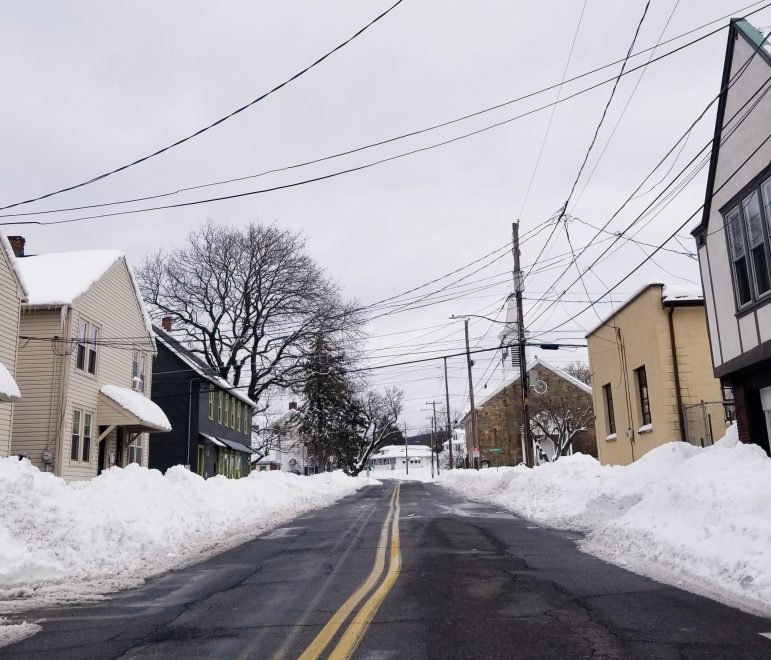 This view is looking east along Penn Street from Main Street in Hellertown borough. 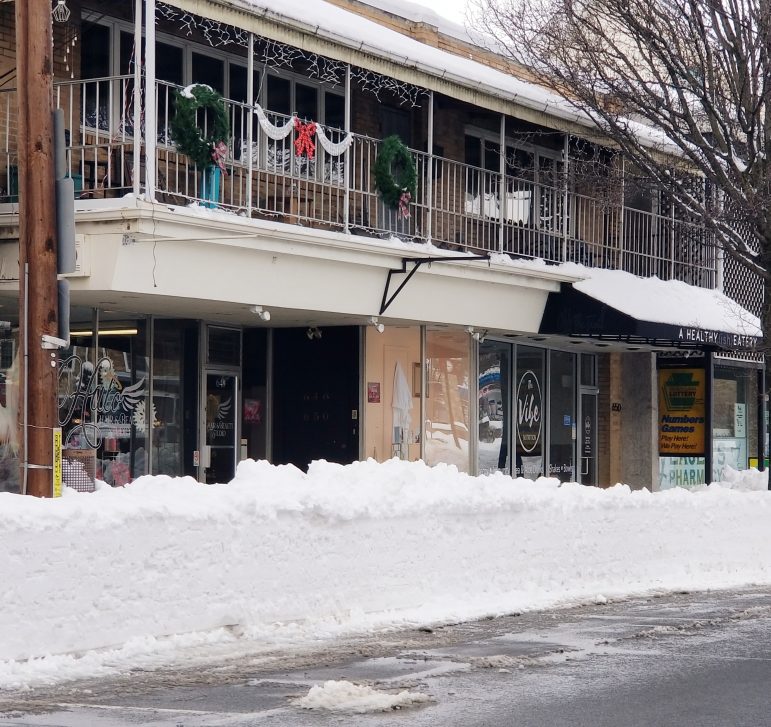 Although a considerable amount of snow has been removed from the parking spaces along Main Street, a ‘wall’ of it remains between the spaces and the sidewalk. In order for motorists to safely access the sidewalk, property owners will likely need to cut paths through the wall, which is several feet high. 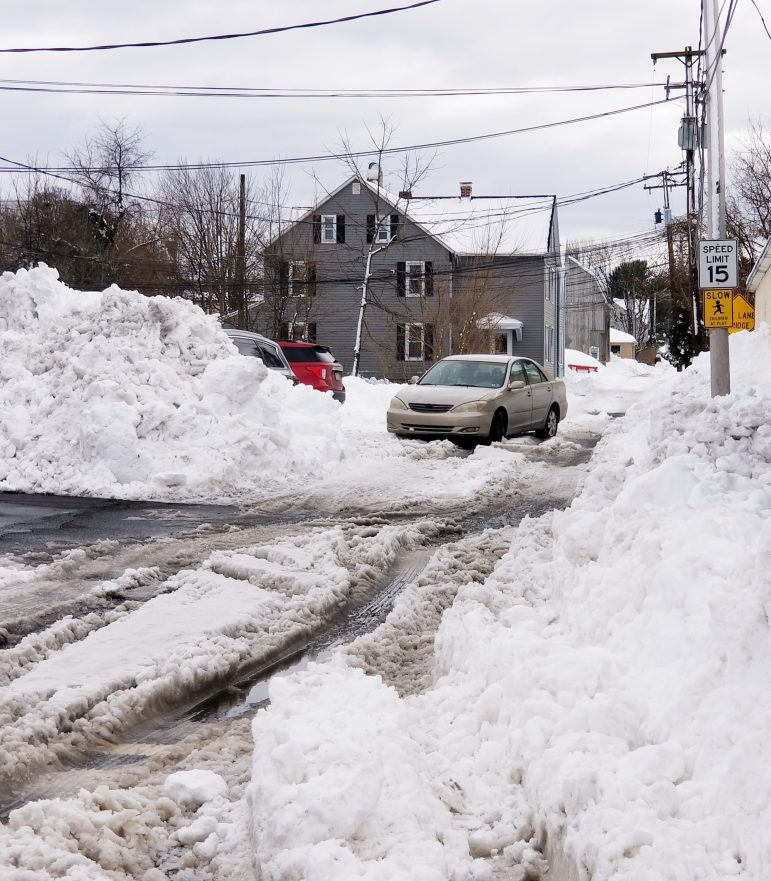