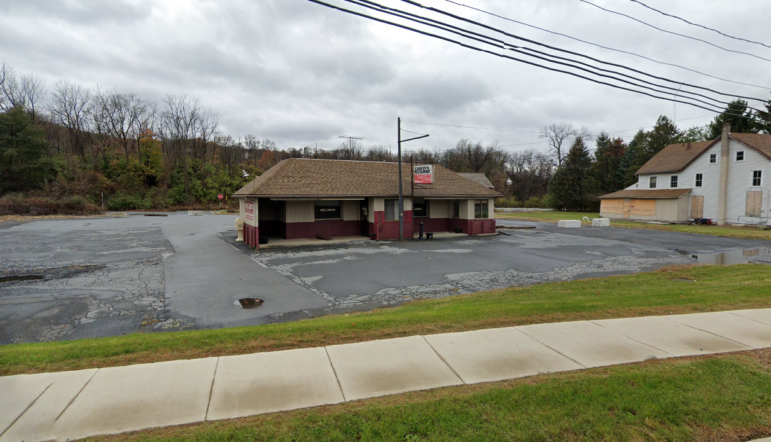 A Wawa has been approved for the site of the former Chris’s Restaurant–a local diner–on Rt. 412 in Bethlehem. The combination convenience store-gas station will be located less than a mile from Hellertown. Currently the nearest Wawa is at E. Broad Street and Stefko Boulevard, a couple of miles further north. (Google Street View capture: November 2019.)

A proposal to build a Wawa on Hellertown Road in Bethlehem won the unanimous approval of the city’s planning commission Thursday.

The commission voted to conditionally approve the company’s site application for the store in exchange for its agreement with several requirements outlined in a May 6 letter.

Among the requirements is a $20,000 contribution toward a new gateway sign that will welcome visitors to Bethlehem.

The sign will be erected in the vicinity of the new gas station-convenience store, which will be located along the city’s primary artery leading from the South Side to I-78.

According to the conditions outlined by the Bethlehem Planning Commission, the sign’s design will be decided upon by a committee made up of representatives from the city, the property owner and Wawa. 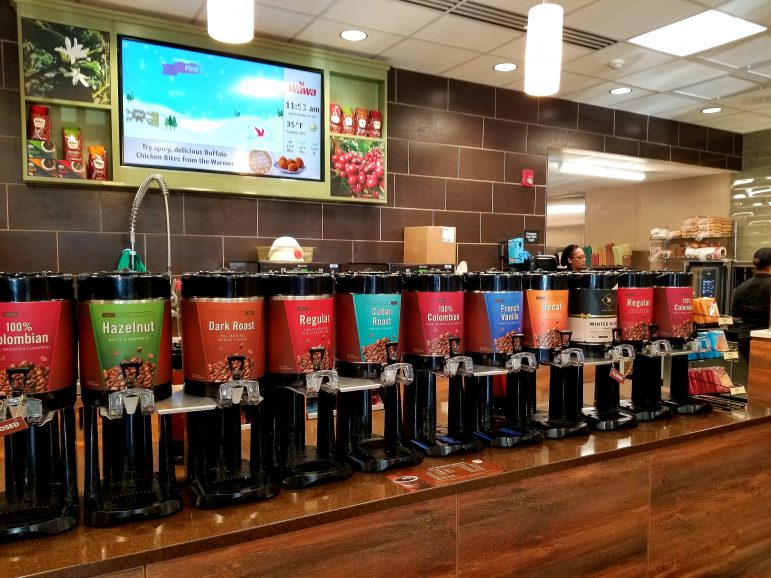 Among other things, Wawa is known for its freshly-brewed coffee available in a variety of flavors. (FILE PHOTO)

Located on a 1.8 acre lot near the entrance to Saucon Park, the Wawa will include eight gas pumps under a canopy and a 5,585 square foot store surrounded by a 55-space parking lot.

The property on which it will be built includes the former Chris’s Restaurant and is located approximately midway between the Rt. 412 interchange and Bethlehem’s Wind Creek Casino.

No timeline for the store’s construction was discussed at the meeting, which was held in-person and online.

Another Wawa is currently under construction at Passer Road and Rt. 309 in Upper Saucon Township. It remains unclear when that store is expected to open.

The company announced an aggressive hiring campaign this spring, partly to help recruit staff for the new stores it is building.