Ever since Pennsylvania amended its consumer fireworks law to allow the purchase of more powerful fireworks four years ago, many residents have been asking for the law to be rescinded or revisited due to a proliferation in their use in residential neighborhoods, where increased noise and other quality of life issues have been the focus of complaints.

Upper Saucon Township supervisors briefly discussed this issue at their meeting Monday night, when they addressed correspondence from Joseph Keglovits, who is a member of the Liberty Village homeowner’s association in the township. 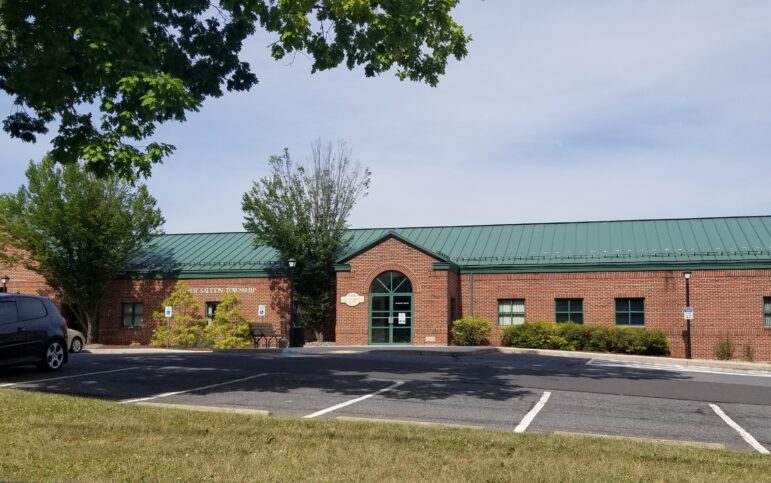 The Upper Saucon Township Municipal Building on Camp Meeting Road in Center Valley houses the township police department as well as other departments. It is where board of supervisors meetings are regularly held. (FILE PHOTO)

Keglovits had written to the supervisors to ask if tighter restrictions could be placed on consumer fireworks in Upper Saucon Township, but both a supervisor and the township’s solicitor agreed that doing so is not currently possible.

“There’s not a lot we can do,” said supervisor Philip Spaeth. “This has come up several times.”

Spaeth said it is up to the state to impose tighter restrictions on the sale of consumer fireworks. He noted that many people have been upset with the widespread sale of powerful boomers since the law was changed, calling it “a real shame.”

Township solicitor Thomas Dinkelacker said there is legislation that could undo the sale of at least some of the more powerful consumer fireworks pending at the state level.

He expressed skepticism, however, about whether it would ever pass.

“Personally, I don’t think it will pass because I suspect the state’s making a lot of money on the tax revenue (from consumer firework sales),” he said.

A 12 percent sales tax–double the state’s regular sales tax–was built into Act 43, which legalized the sale of consumer-grade fireworks statewide in 2017.

Dinkelacker noted that even if consumer firework sales become more restrictive, enforcement will remain an issue, since many municipal police departments lack the manpower to catch individuals setting off illegal fireworks in the act.

As it stands, municipalities can regulate the use of professional-grade fireworks, but not consumer-grade, Dinkelacker said.

Two groups that have been outspoken regarding the detrimental impact of additional firework sales in Pennyslvania have been pet owners and advocates for individuals with post-traumatic stress disorder (PTSD), who are often hypersensitive to loud explosions.

In other business at the meeting, supervisors approved a date for Trick-or-Treat this year.

Supervisors also voted to cancel their scheduled June 28 meeting due to lack of business.