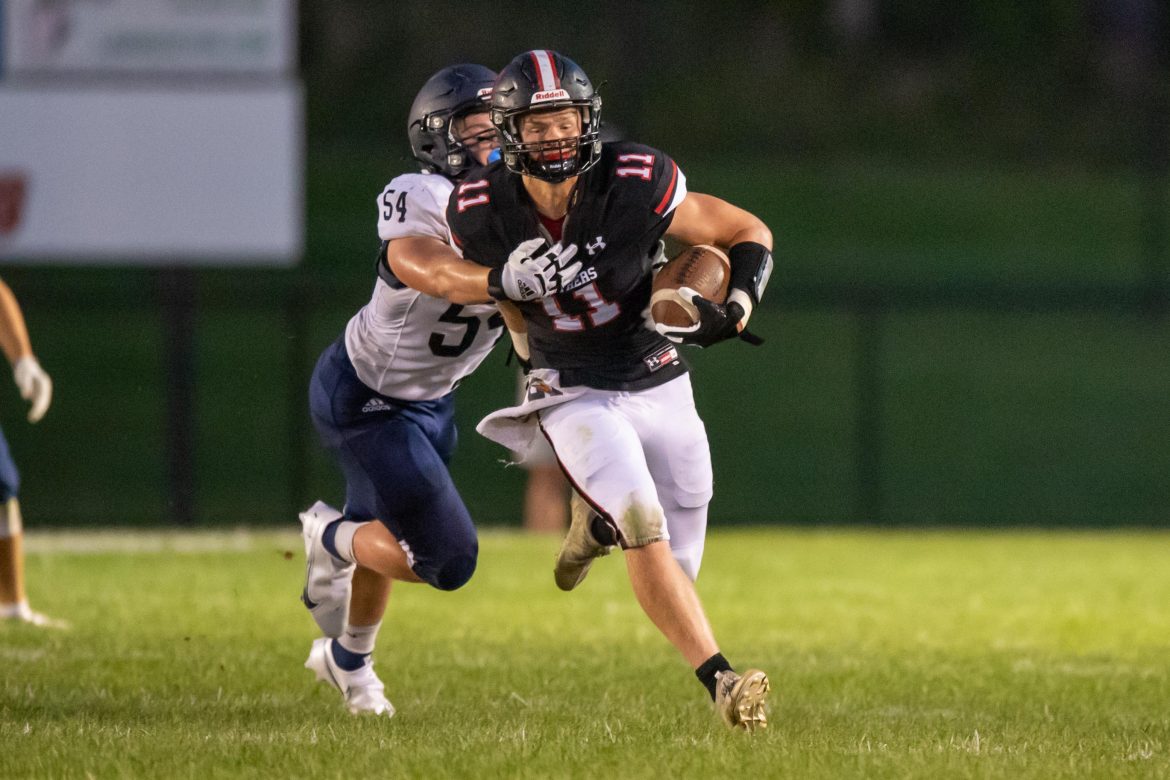 Saucon senior Ty Csencsits powers his way for more yardage after one of his catches against the Salisbury Falcons.

The Salisbury Falcons and Saucon Valley Panthers collided Friday night at Hellertown in a Week-Two showdown.  The Falcons were clipped last week by Catasauqua while Saucon was slammed by Notre Dame in the season opener. It was to be a bounce-back brawl for both teams who were each searching for their first win.  Saucon Valley posted points on the scoreboard first and never gave up their lead.

The Panthers received the opening kickoff and started their possession at their own  25-yardline.  Saucon ran for an 8-yard gain on first down, however they hit the pause button and were ultimately denied a first down.  The Panthers quickly punted back to Salisbury but the Falcons went three-and-out and lined up to punt from their own 34-yardline.  But, Saucon Valley inside-linebacker Tyler Pfizenmayer was able to knife through the Falcon protection and smother the punt.  Alex Magnotta alertly fell on the loose ball and the Panther offense was in business deep in Falcon territory at the 24-yardline. 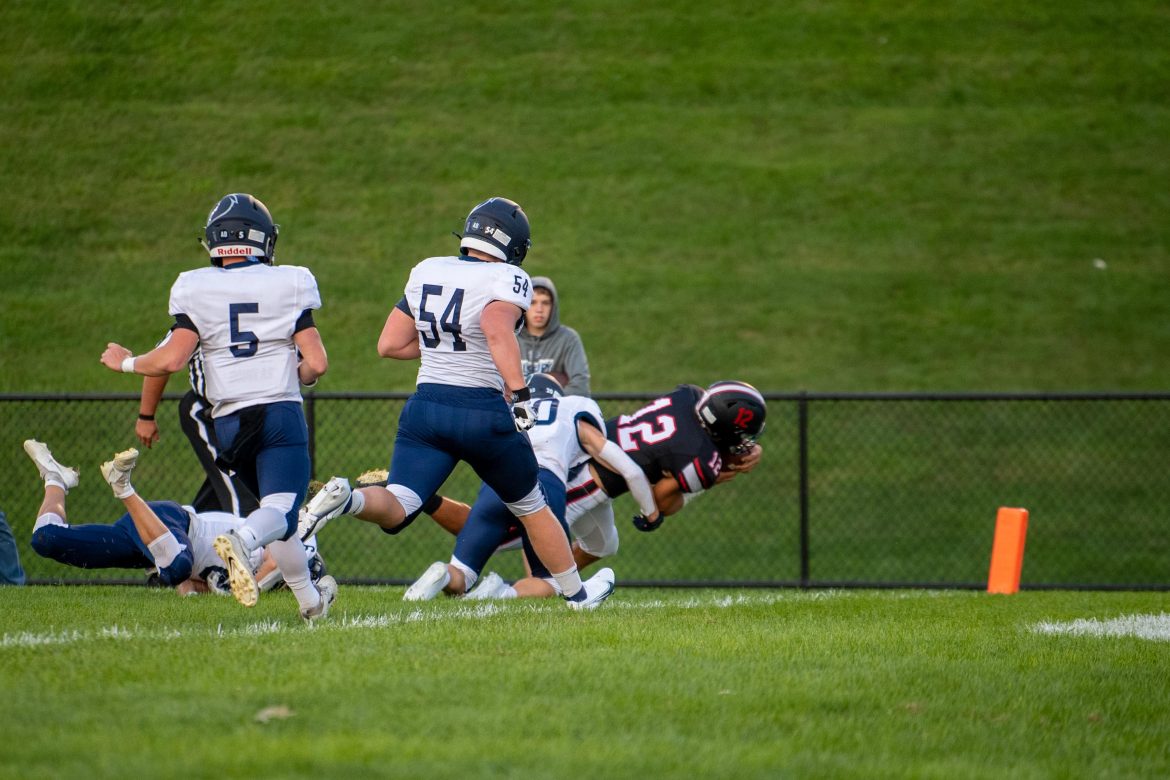 Panther quarterback Dante Mahaffey stretches out for six against the Salisbury Falcons.

On the first play of the new drive Panther senior quarterback Dante Mahaffey hooked up on a short pass to Ty Csencsits who converted the short reception into an 18-yard gain.  On the following play, Mahaffey scrambled around left end and 6-yards into the endzone for a touchdown.  Jacob Christopher hit the extra-point and halfway through the first quarter Saucon took a 7-0 lead.

The Panther defense gave up a couple of first-downs, but stiffened to regain possession for their offense at midfield.  Salisbury, seemingly spooked from the fallout of the previous punt attempt, went for it on fourth-down and came up empty.

Saucon Valley answered with some pass and run to put together a nice, little drive.  On 1st & 10 from the Falcon 13-yardline, Mahaffey went play-action pass bootleg to his right and found senior E.T. Aris all alone in the endzone for another Panther touchdown.  Christopher connected on the point-after and closed out the first half scoring with the Panthers on top 14-0. 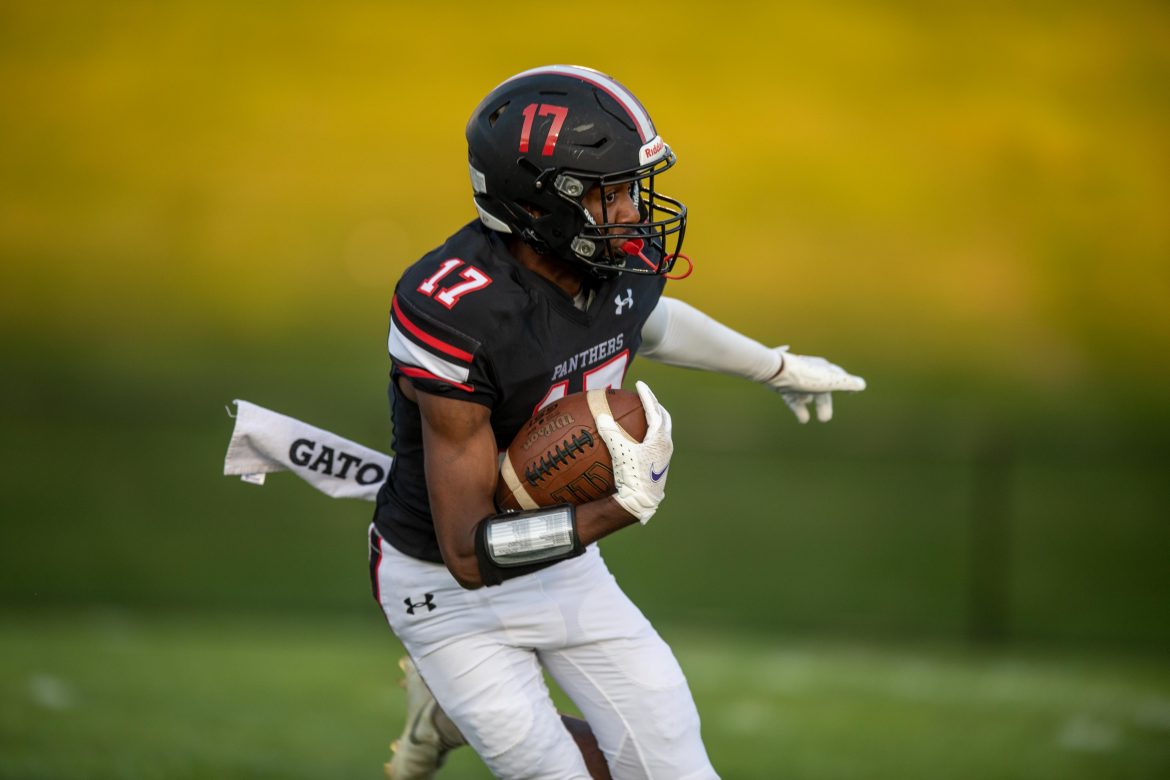 Senior E.T. Aris picking up a touchdown catch against the Salisbury Falcons.

Salisbury was down but not yet out.  The Falcons took the second half kickoff and marched 76-yards for a touchdown.  The scoring drive was highlighted by a 37-yard pass completion.  The touchdown came on a 5-yard run around right end by Falcon quarterback Nick Beck.  The extra-point was good and early in the third quarter Saucon led 14-7. 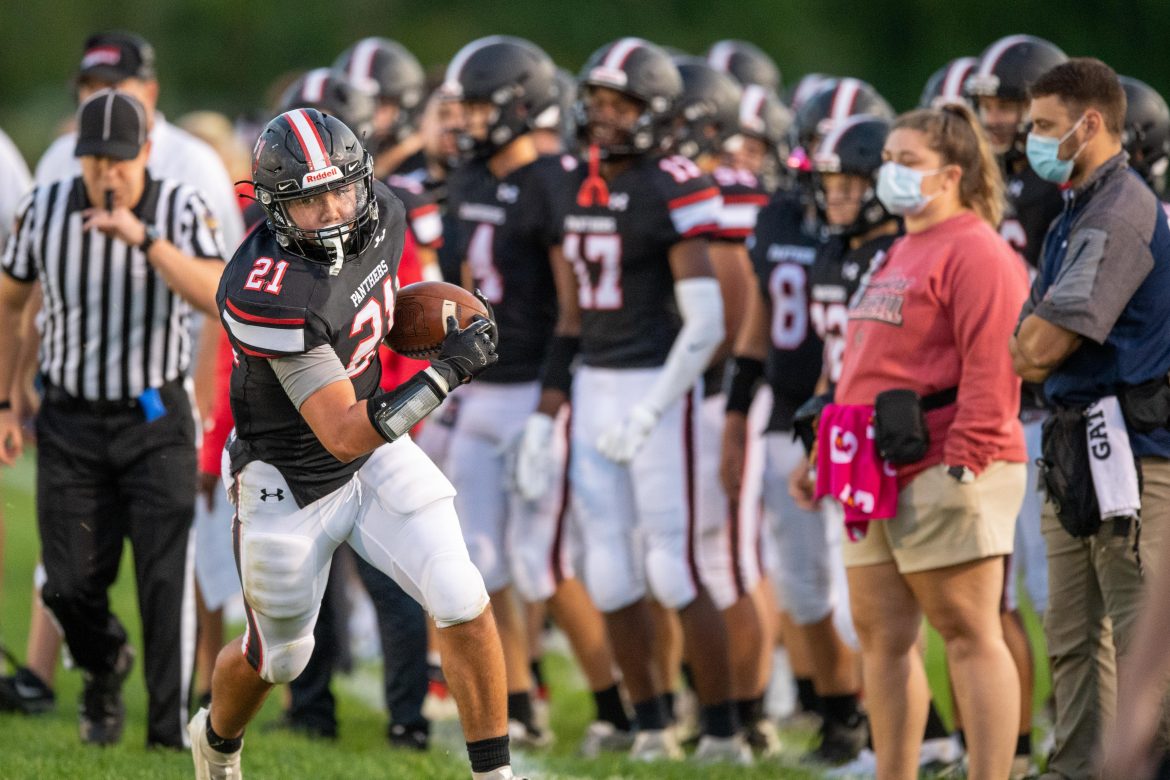 Senior Damian Garcia grinding out some tough yards for the Panthers against the Salisbury Falcons.

Saucon Valley answered with a 7-play, 60-yard drive. The drive again featured a balanced mix of pass and run.  Panther senior running back Damian Garcia took a Mahaffey handoff and punched the ball across the goalline for a 14-yard run up the gut touchdown. With 5:31 left in the third quarter Saucon built a 21-7 lead.

After forcing Salisbury to punt on their following possession, the Panther offense struck again four minutes later.  Saucon used three passes and two runs to add to their score.  Mahaffey connected with junior Alex Magnotta on a 13-yard post pattern to the middle of the endzone. Mahaffey and Magnotta’s pitch and catch gave the Panthers a 28-7 advantage near the end of the third quarter. 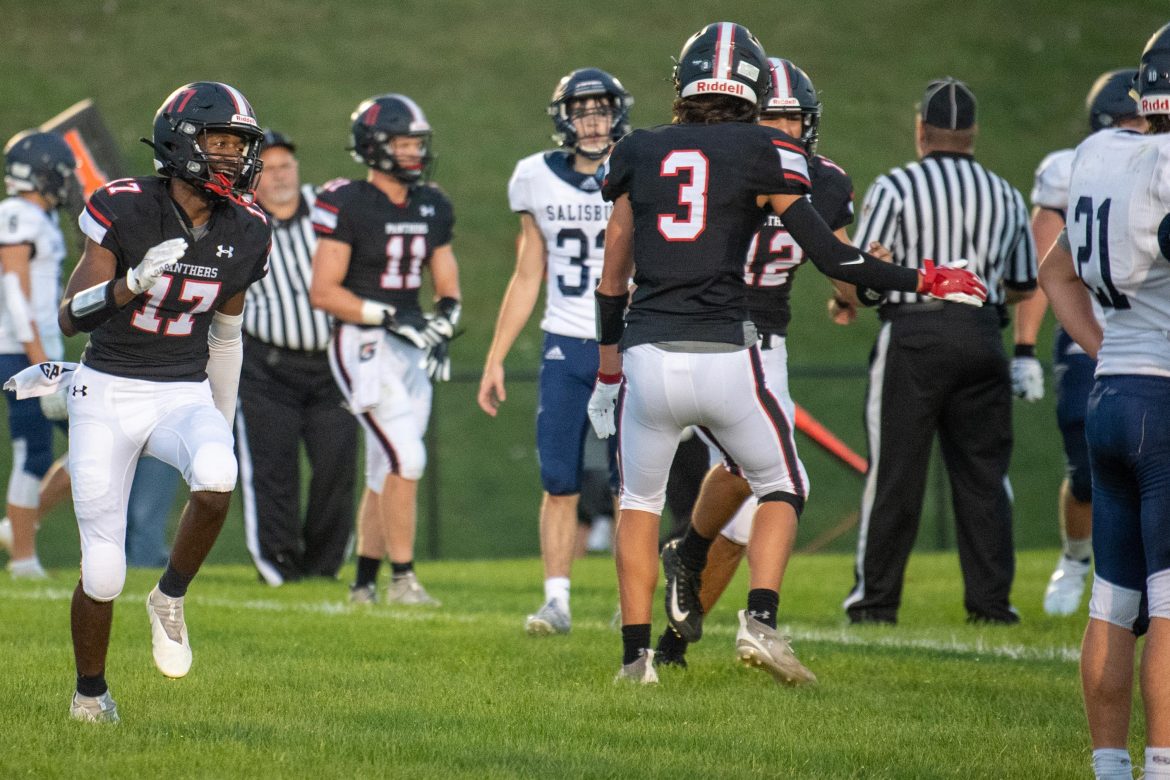 Quarterback Dante Mahaffey and receiver Alex Magnotta sharing a moment together against the Salisbury Falcons.

Salisbury manufactured a long scoring drive for a touchdown with a little over five minutes remaining in the game and stepped up to a 28-14 deficit.  However, their onside kick attempt failed leading to the Panthers eventually adding a Jacob Christopher 32-yard field goal with :17 second left to play.  When it was all over, the Saucon Valley Panthers partied with a 31-14 victory over the Salisbury Falcons. 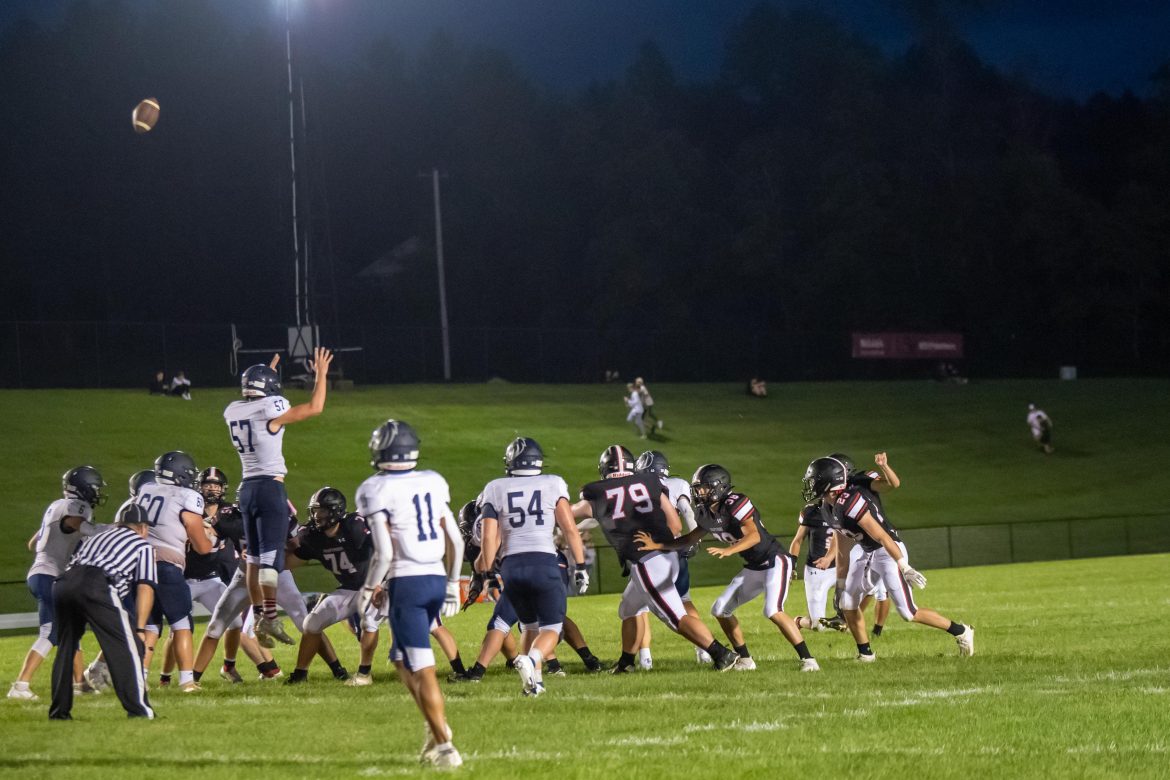 UP NEXT:  Saucon Valley (1-1) will hit the road and travel to Pottsville (1-1) to tackle the Crimson Tide in a Friday night football frenzy.  Kickoff is scheduled for Friday night at 7 p.m. 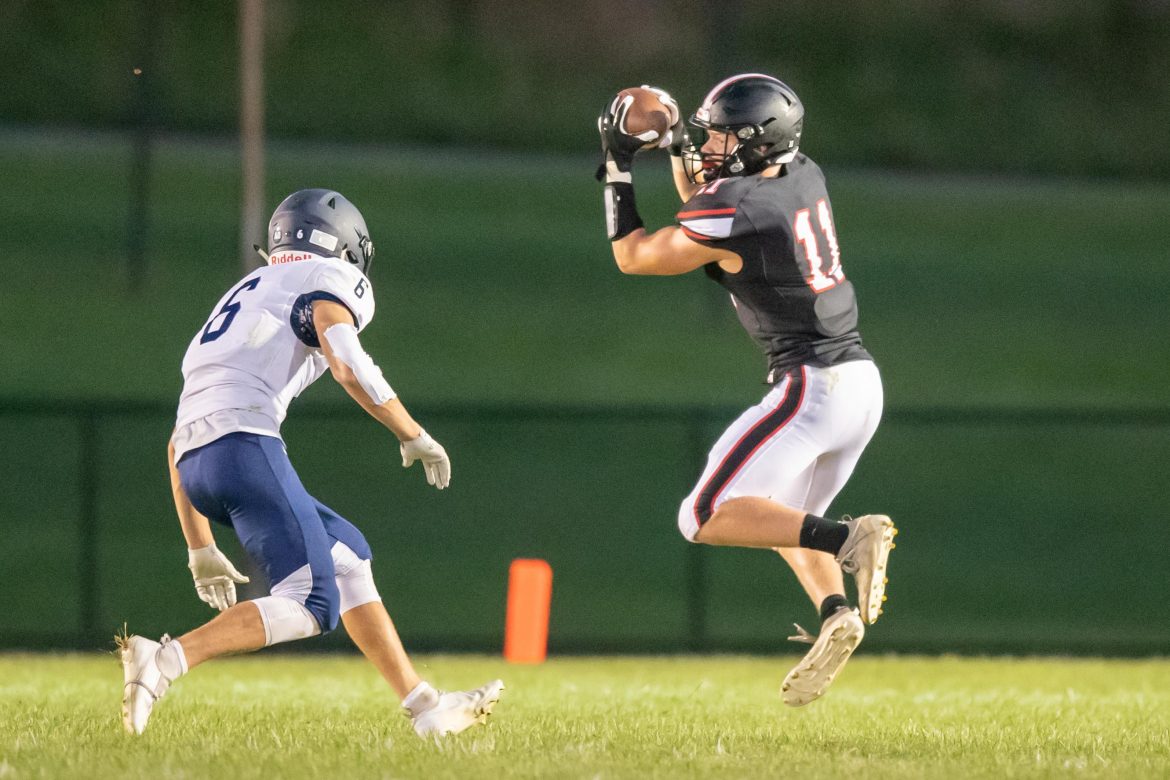 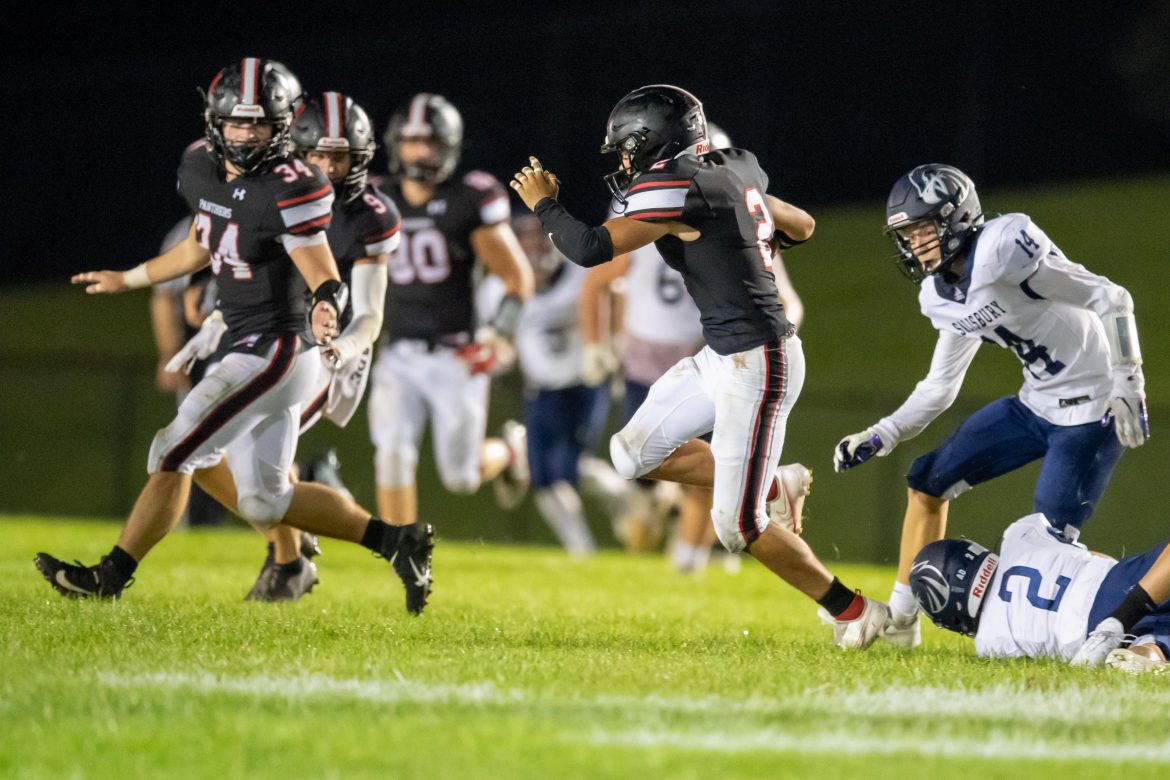 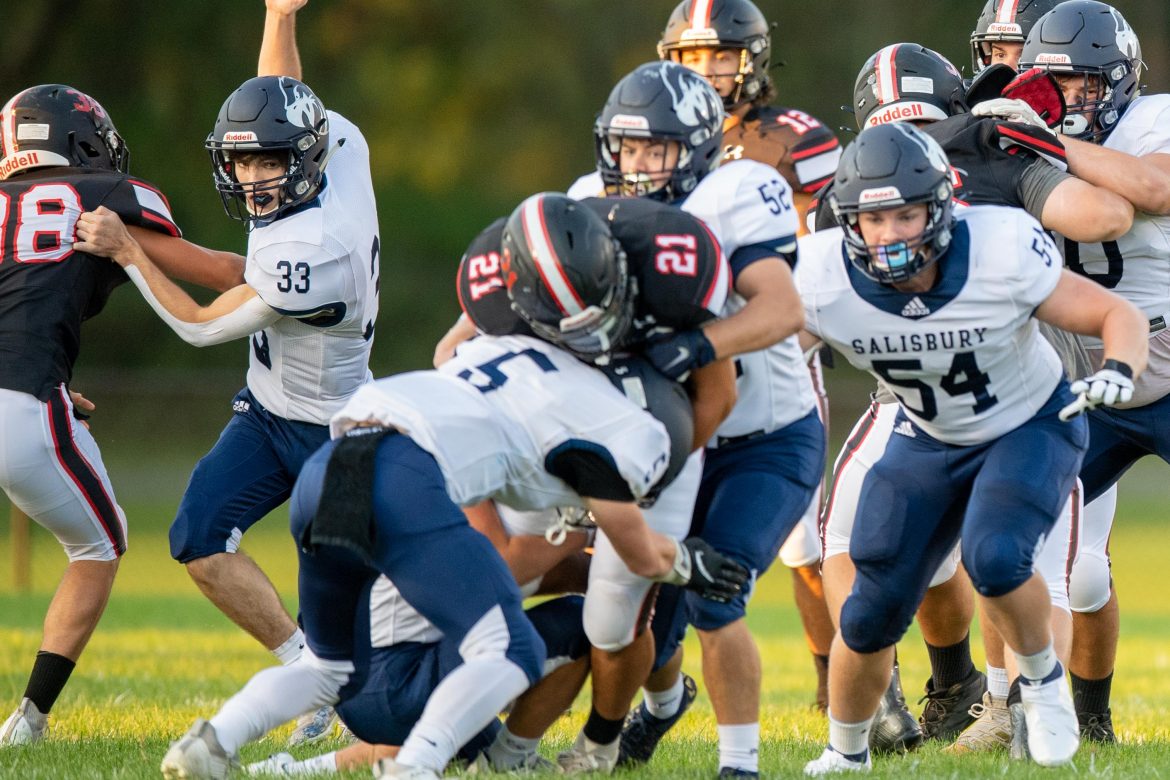 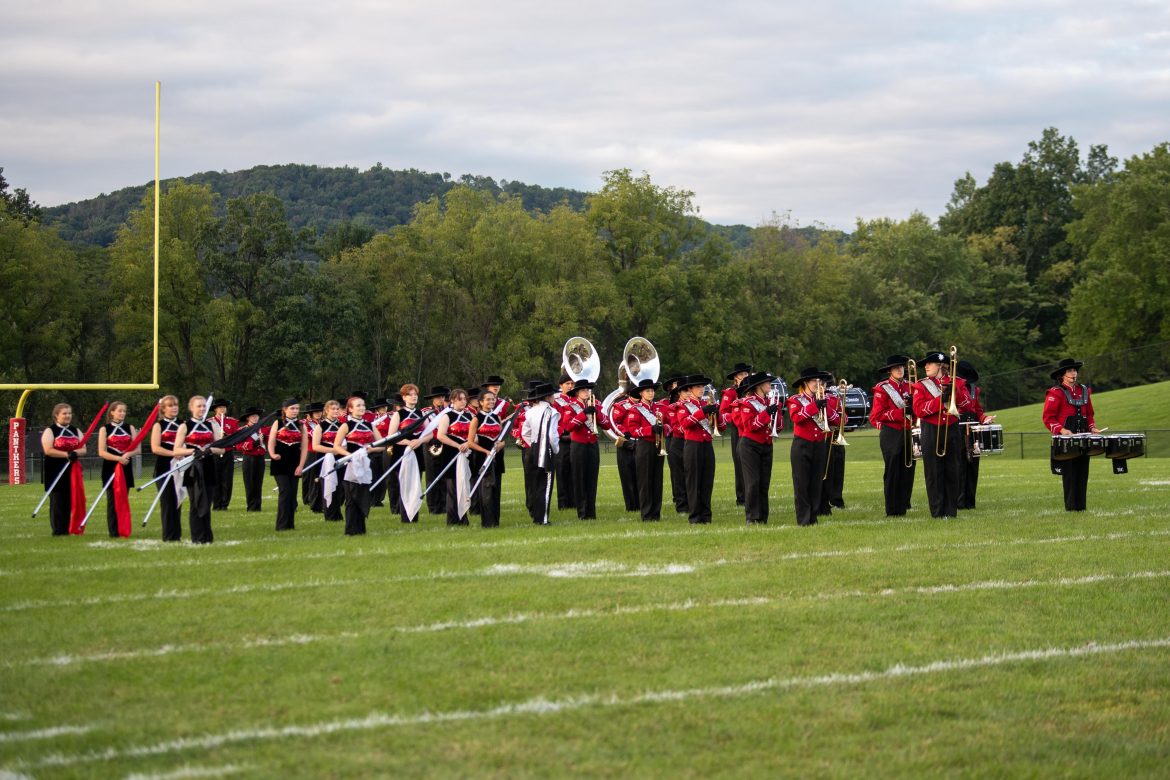 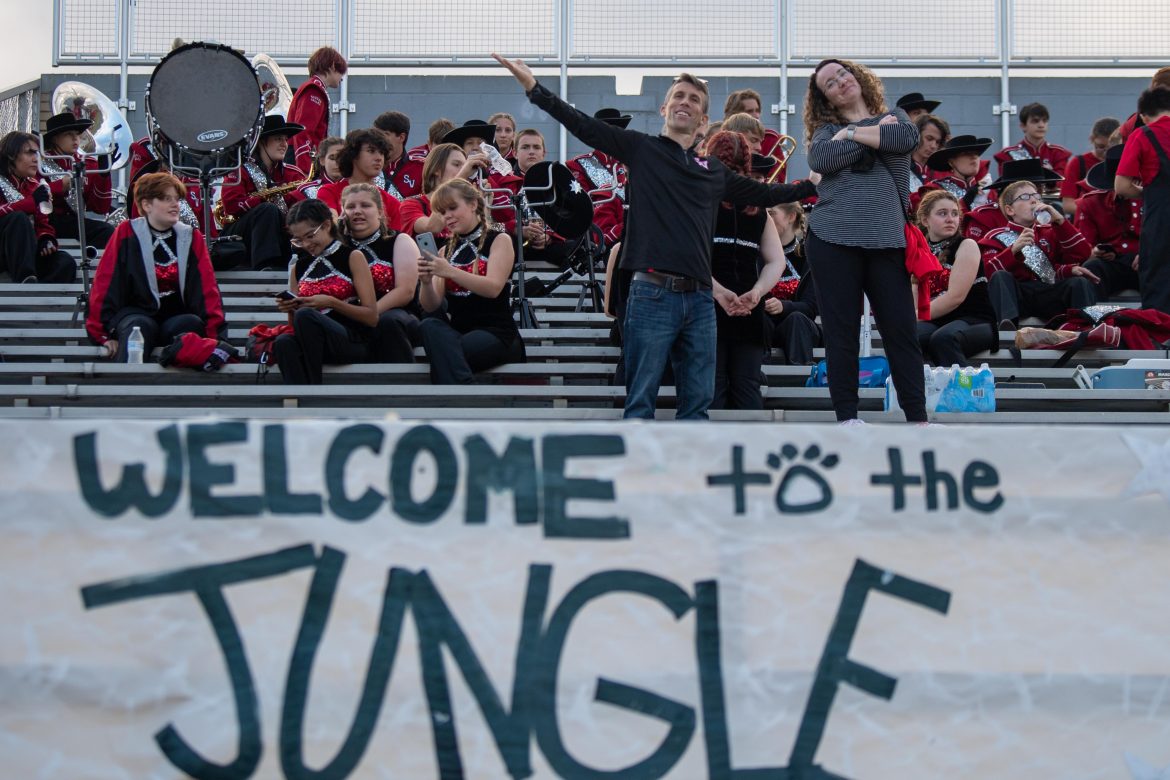 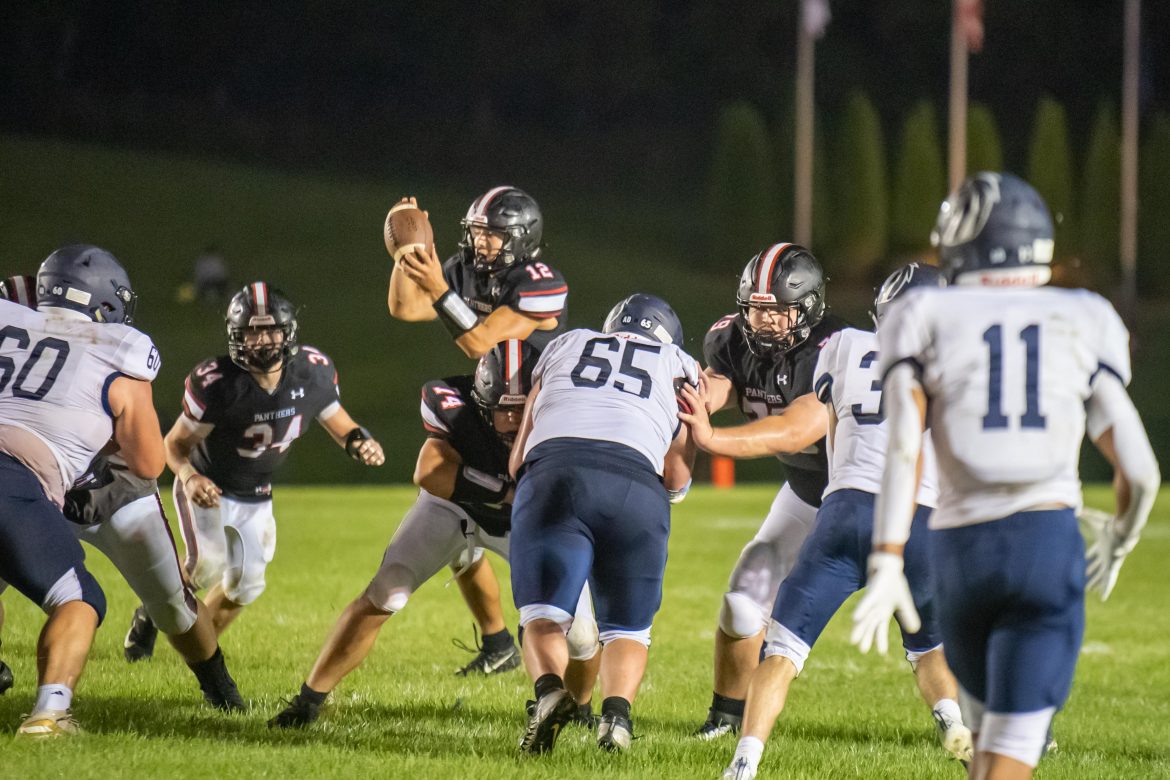 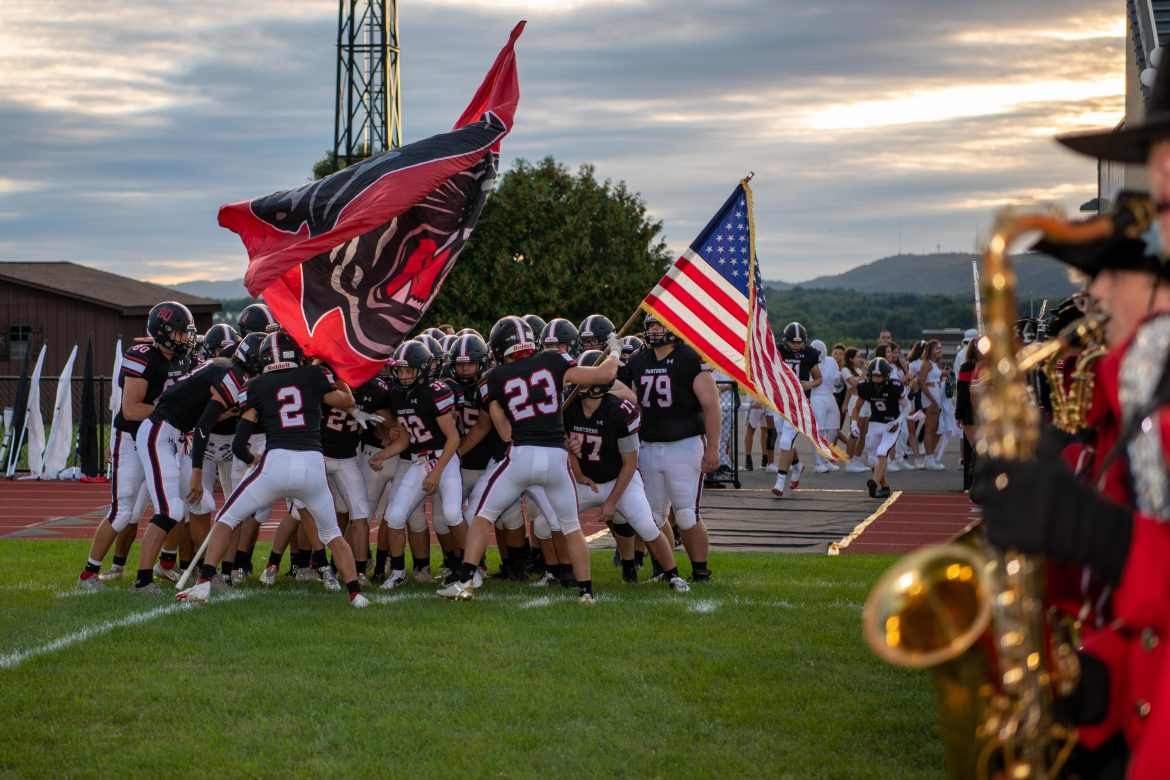 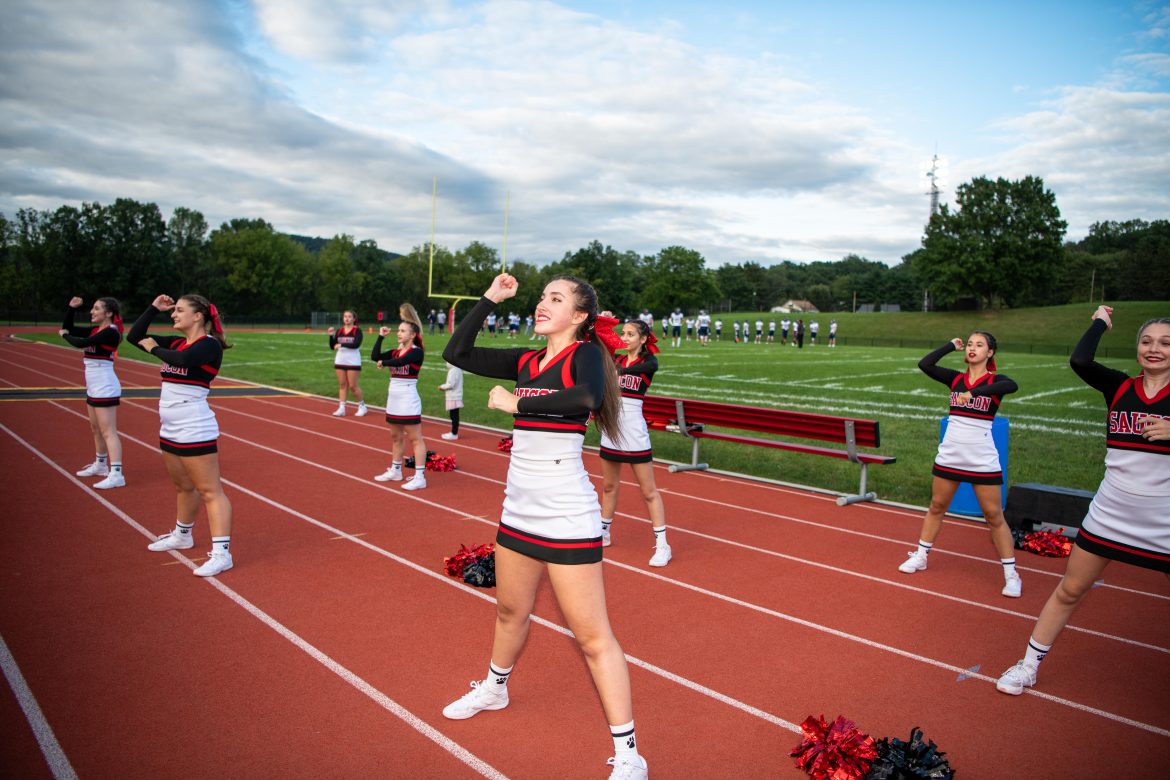 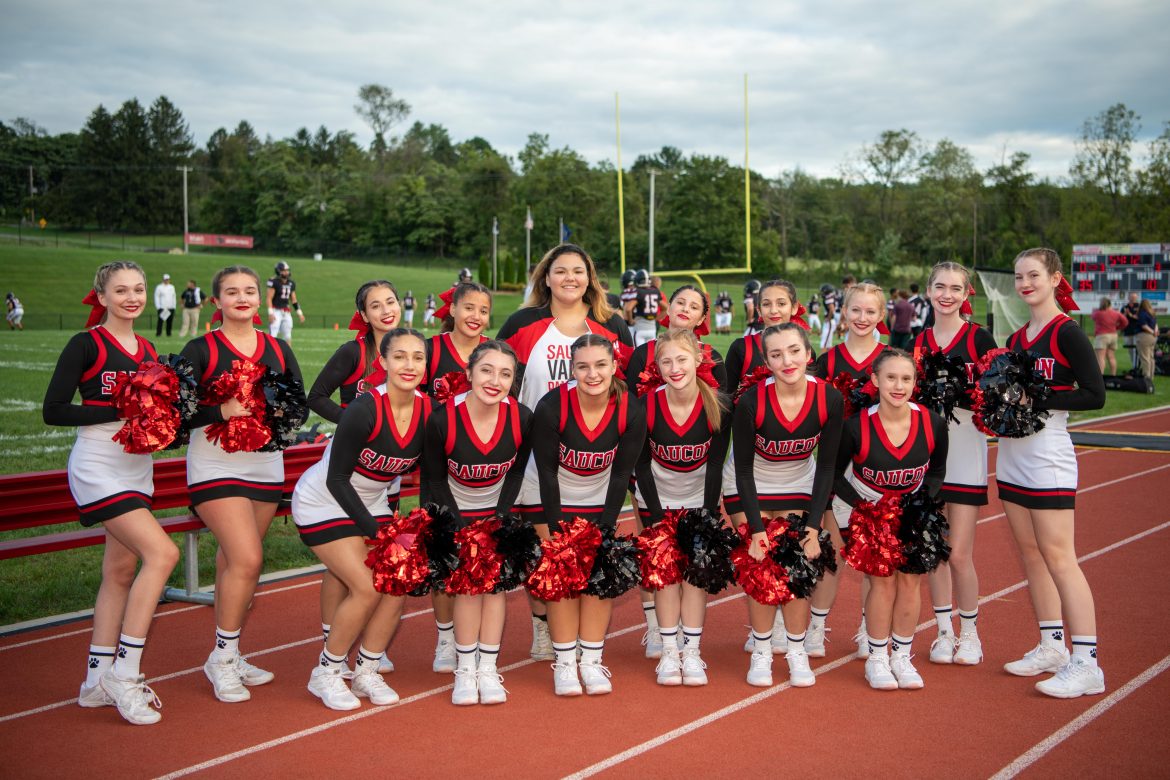 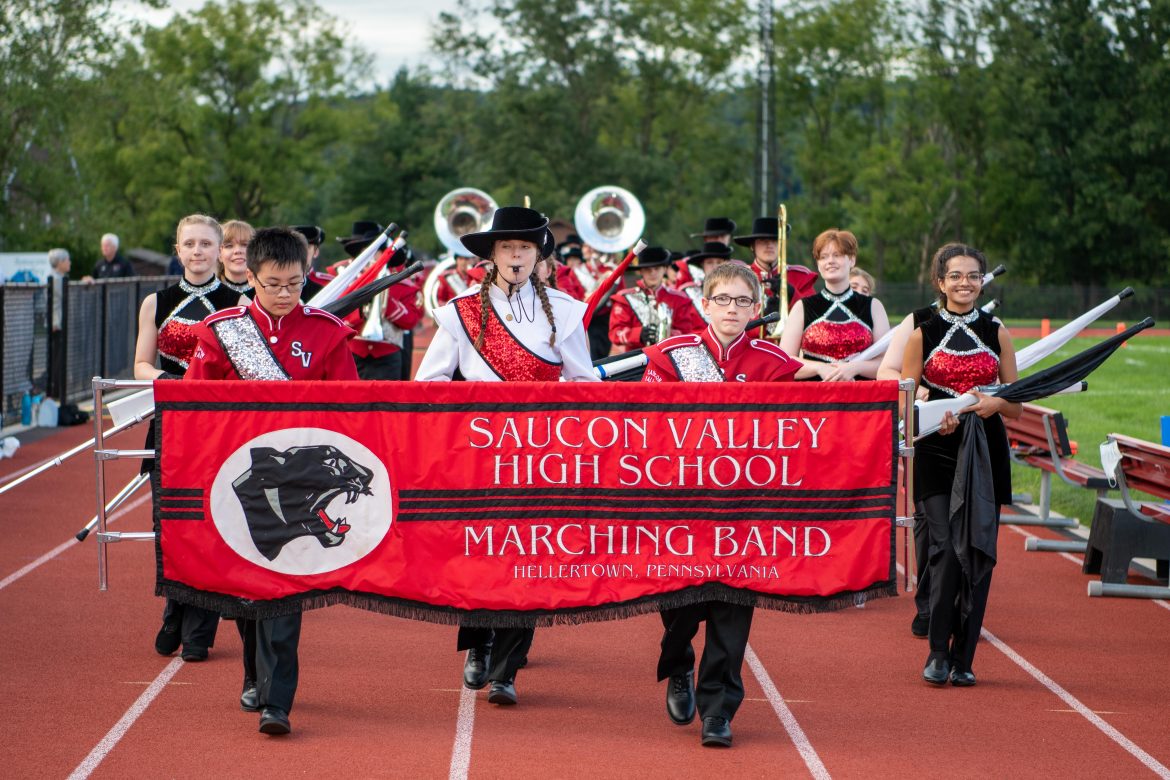 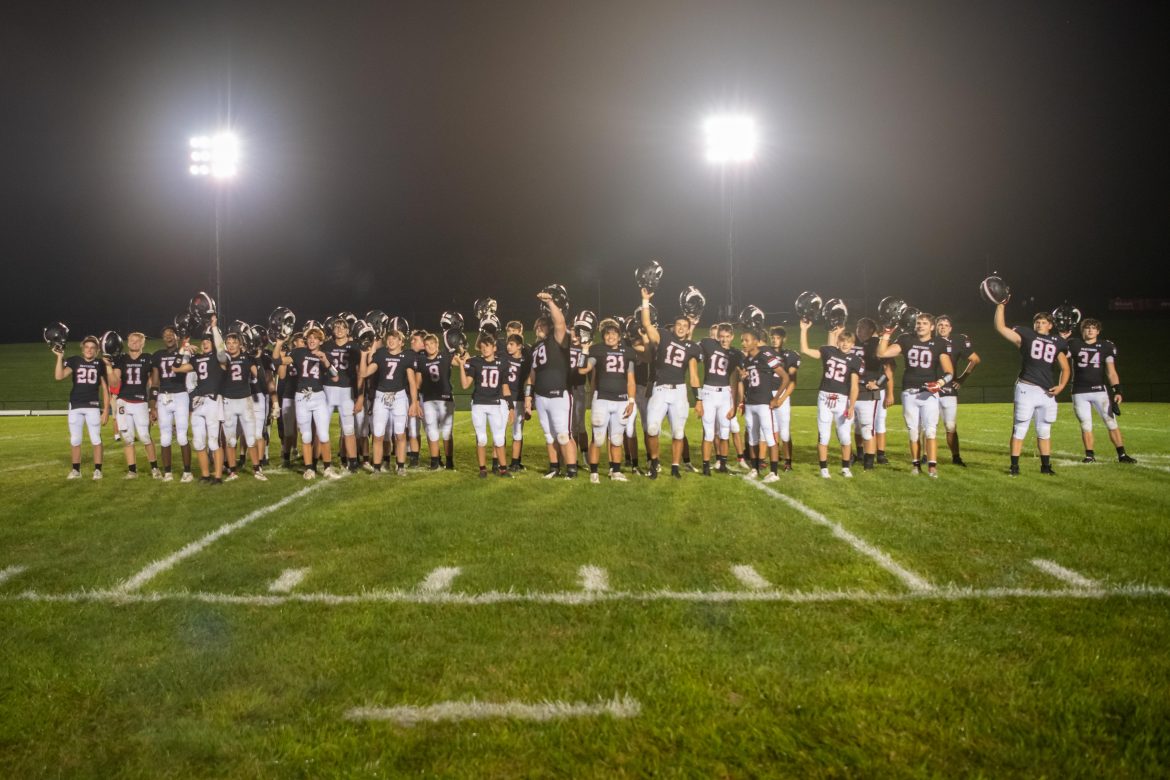