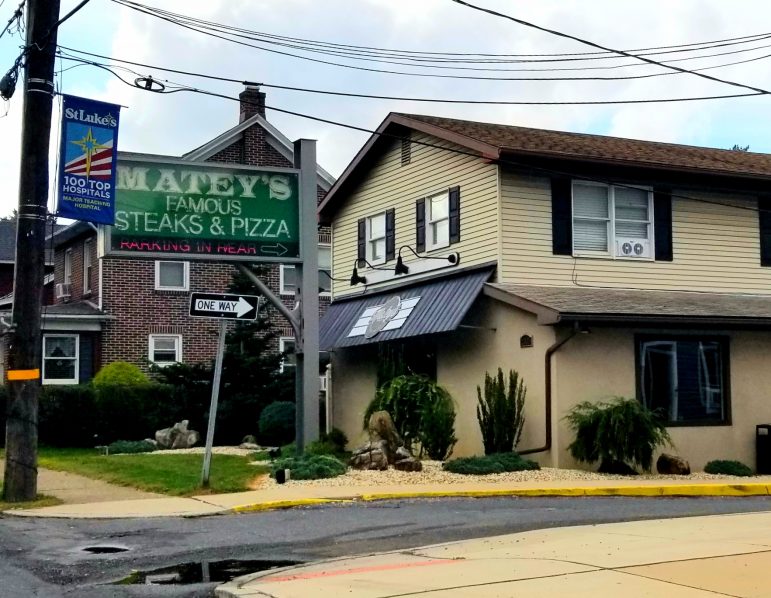 Matey’s Famous Steaks and Pizza has been a popular destination for cheesesteaks, pizza and other comfort foods for since it opened in the late 1980s. The owners of the restaurant, which is located on Broadway in Fountain Hill borough, recently announced that they are closing its doors for good in order to focus on the expansion of Matey’s American Pizza Company.

A well-established restaurant in Fountain Hill borough will close its doors later this month, leaving fans of its food planning visits in order to enjoy one last meal.

Matey’s Famous Steaks & Pizza announced over the weekend that its final day of operation will be Saturday, Oct. 16.

The restaurant is located at 1305 Broadway and has been serving up cheesesteaks, pizza and other popular comfort foods since 1988.

According to a Channel 69 News story, the decision to close the restaurant was made so the owners can focus on the expansion of their frozen pizza business, Matey’s American Pizza Company.

Matey’s is open Tuesday through Friday from 11:30 a.m. to 7 p.m., and Saturday from noon to 7 p.m., according to the hours listed on their website. The restaurant’s phone number is 610-866-6022 and online ordering is available.

The borough of Fountain Hill in recent years has struggled to maintain its small retail base, as various businesses have closed and some of the buildings that formerly housed them have been converted to non-commercial uses such as apartments and churches.

One recent departure from that trend occurred over the summer, when Gametime Sports Bar & Grille opened at Benner Street and Broadway in a building that formerly housed several different restaurants. The new owners outfitted the historic stone structure with dozens of flatscreen TVs for sports fans and expanded the building’s footprint by adding indoor and outside seating, some of which is covered to protect patrons from the elements, before opening Gametime in early July.