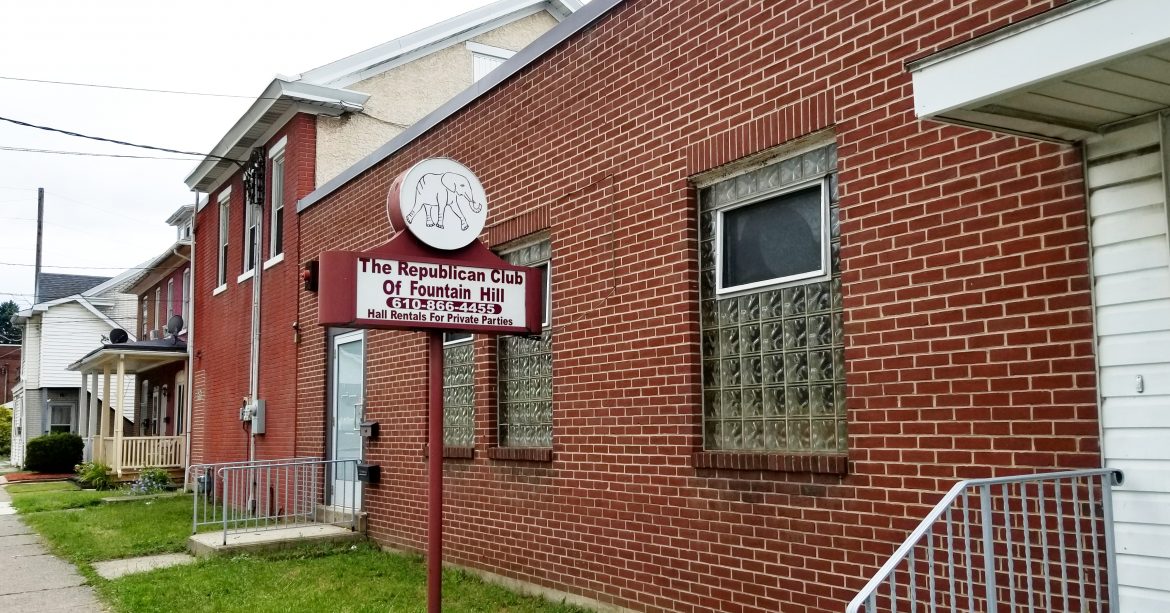 The former Republican Club of Fountain Hill at 1137-1139 Broadway will become home to a church.

The former Republican Club of Fountain Hill at 1137-1139 Broadway will soon be home to a church.

A former social club in Fountain Hill has been sold and is slated to become a church, according to the real estate company that brokered its sale.

According to DLP Realty, the former Fountain Hill Republican Club at 1137-1139 Broadway was recently purchased by a New Jersey-based congregation.

The Lehigh County Office of Assessment website lists the purchaser of the property as Iglesia de Dios Adonai.

According to a July 13 DLP Realty blog post that describes the difficult sale process for the club, after potential buyers walked away and “(sales) contracts were canceled on three separate occasions,” the transaction was successfully completed after DLP realtor James Harrison agreed to accept a one percent commission in lieu of the 4.5 percent commission he was to have received.

The sale was complicated by “several years of taxes still owed, and non-payment of the property loan,” the DLP blog states, and “just 24 hours prior to the scheduled closing, an additional $6,600 was needed to close the deal.”

“I knew the property was a good one, with a great location,” Harrison is quoted as saying. “Unfortunately, with all of the financial difficulties that had occurred on the owner’s end the closing deal was looking bleak. I knew foregoing my commission was the right thing to do.”

“The caretakers of the social club were in complete shock that someone in today’s society actually decided to pay it forward,” Patricia Bucsi, DLP Transaction Coordinator, is quoted saying. “James and DLP Realty made a dream come true…without selfishness and many lives will be changed with a new church in Fountain Hill.”

The members-only Republican club–which included a first-floor bar room and basement level banquet hall–closed in May 2017 and was listed for sale for $219,900 in October of last year, according to tax records.

A large parking lot is adjacent to the building, which is nearly 4,500 square feet in size and occupies a .44 acre lot, according to property records.