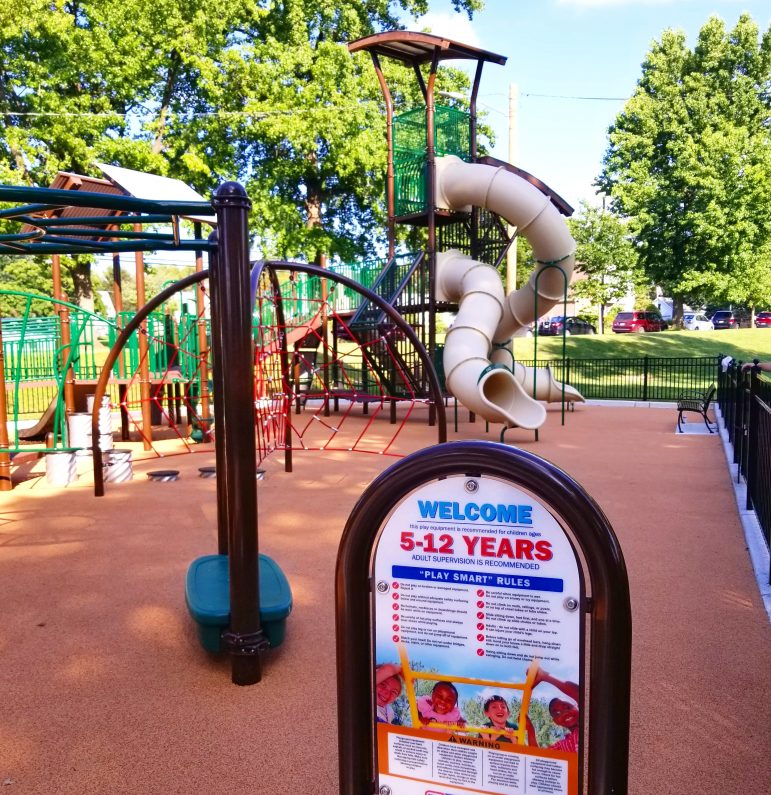 Hellertown’s newly-renovated Dimmick Park playground opened in July 2019. The playground is a popular facility that is frequented by area families. (FILE PHOTO)

An incident that occurred at a Hellertown playground Friday has borough police asking the public for help identifying the responsible person.

In a Facebook post Friday, police said they are investigating the incident, in which someone fired four shots from a BB gun in the direction of the Dimmick Park playground.

Police said the shots were fired shortly before 1:30 p.m., and that the shots came from “a mid-2000s dark blue in color 4-door Honda Civic in transit.”

“No park occupants were struck or harmed during this act,” the post indicated.

“Anyone with information pertaining to this incident is strongly encouraged to contact Hellertown Police through the Northampton County 911 Center’s non-emergency line at 610-759-2200,” police said.

The Dimmick Park playground is located along Constitution Avenue near the Hellertown Area Library, athletic fields and other recreational facilities.

As of mid-day Saturday the department’s Facebook post about the incident had been shared approximately 50 times, and generated several comments, including one from someone who said “this just goes to show cameras are (sadly) needed at the playground.”