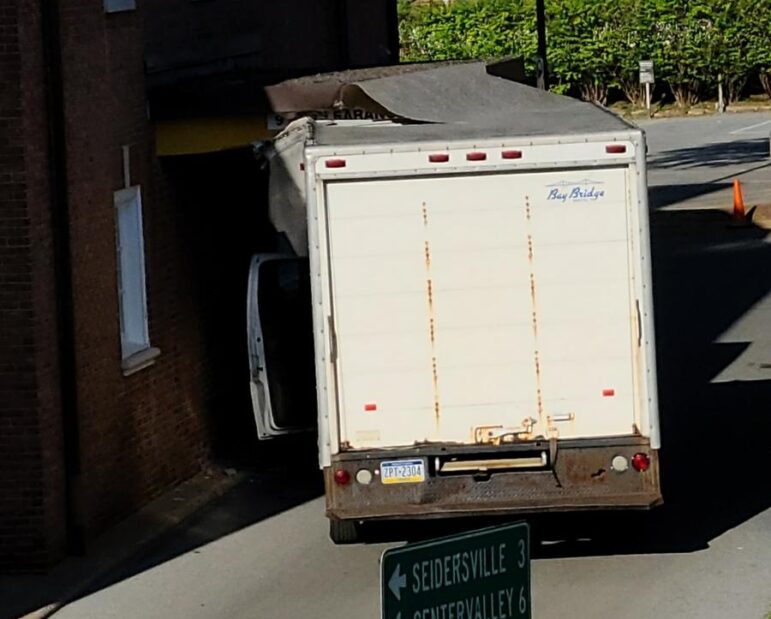 A nearby resident watched in amazement as the driver of a box truck entered the driveway at Wells Fargo bank in Hellertown, drove underneath a canopy that protrudes from the south side of the building and became stuck under it.

It was a sticky situation, but nothing the Hellertown Police Department couldn’t handle.

Shortly after 6 p.m. officers were on the scene of a “truck vs. building” accident in which a box truck became wedged underneath an overhang on the south side of the Wells Fargo bank building at 659 Main Street.

The overhang is marked with signs that state there is nine feet of clearance underneath it.

An eyewitness to the mishap said the truck appeared to become stuck under the protruding canopy after its driver entered and drove down the bank’s driveway at an angle.

Both the overhang and the truck were damaged in the accident, which attracted several onlookers and briefly disrupted the flow of traffic on Main Street due to the police presence and the need for the driver to back out of the driveway once the truck was freed.

Officers could be seen removing pieces of the damaged metal overhang after the truck was no longer stuck under it.

It wasn’t immediately clear what caused the accident, or if the unidentified driver would face any charges related to the damage.

Orange cones were placed in the driveway to prevent vehicles from driving underneath the damaged canopy.

The driveway leads to the bank’s drive-thru lanes and parking lot. 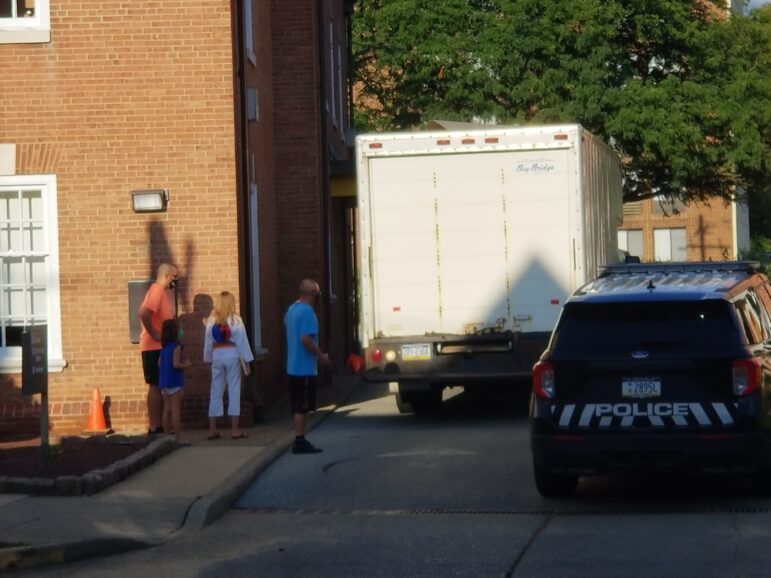 Police and several bystanders wearing face masks survey the damage caused when a box truck struck a canopy on the south side of the Wells Fargo building and became lodged underneath it Tuesday. 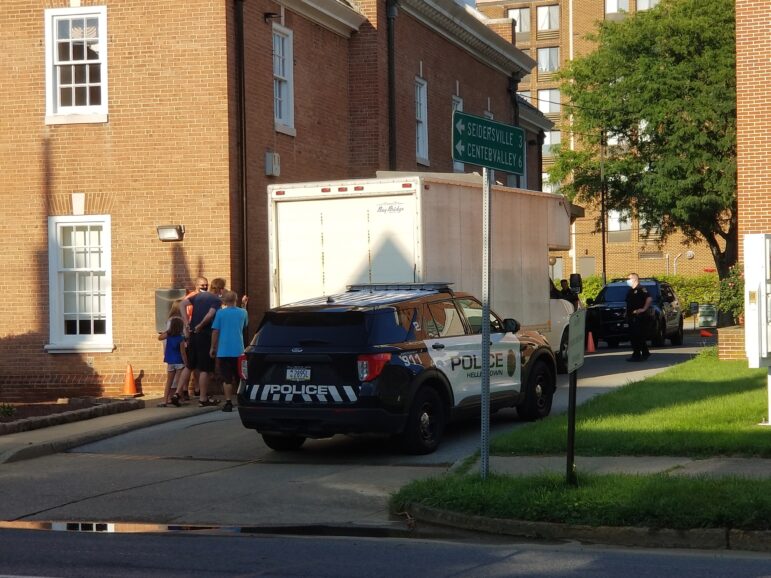 The accident happened after the bank had closed for the day, around 6 p.m. 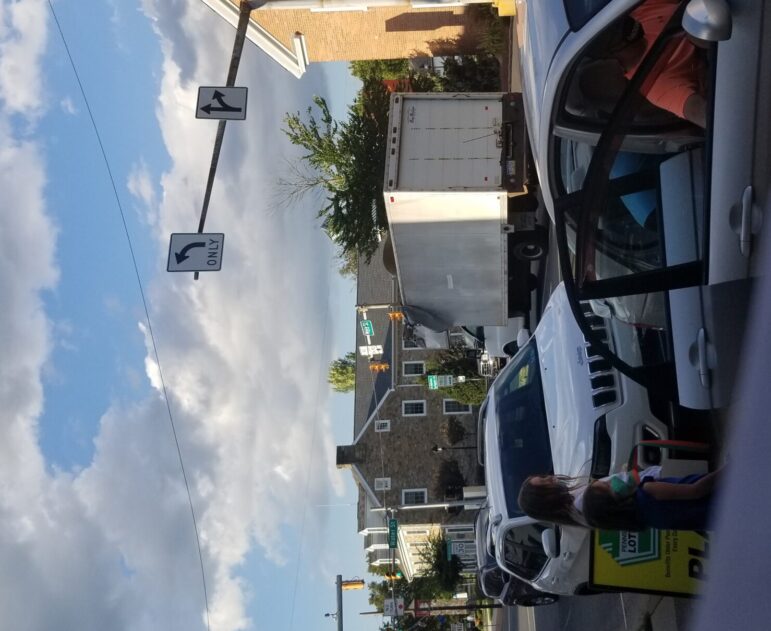 Police briefly stopped traffic on Main Street so the driver of the truck could back out of the bank’s driveway and leave the scene of the accident. 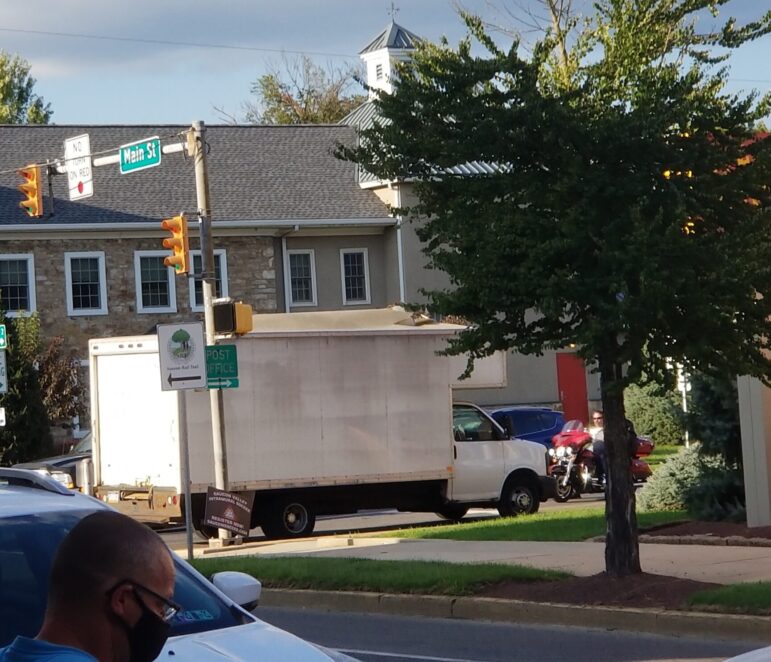 There were no adverse weather conditions at the time the accident occurred.