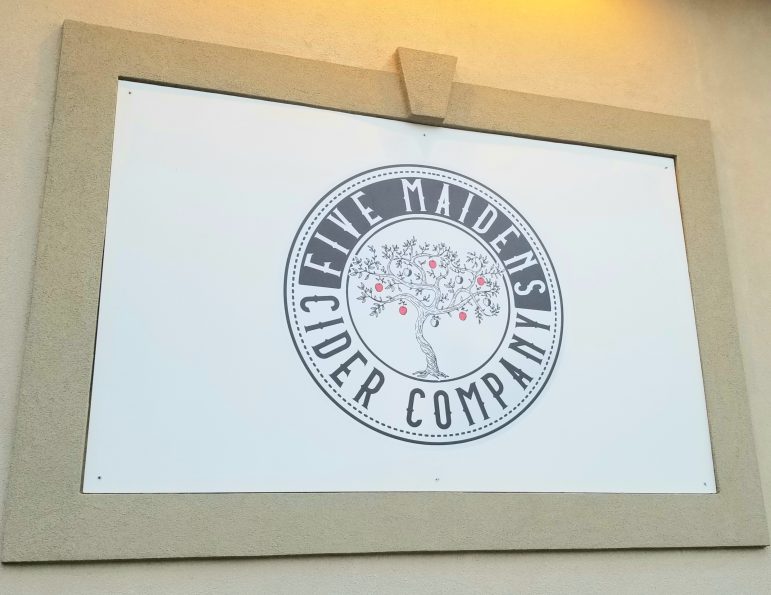 The origin story of Five Maidens Cider Company begins with friends and business partners Andrew David and Brian Williams, who first found a passion for home brew back in 2009.

Five years later, they started making hard cider, which is naturally gluten-free, due to a family member’s diagnosis with celiac disease.

David and Williams experimented with different yeasts and additions in their quest to perfect their ciders, and eventually aspired to open their own cidery in the Lehigh Valley.

The fruit of that goal was borne on Aug. 6–the first day of this year’s Musikfest–when the pair opened Five Maidens Cider Company at 327 Polk Street in Bethlehem.

The company’s name has a special meaning for the co-owners, they explained.

A “maiden” is a name for a fruit tree in its first year of growth, and David and Williams are fathers to five children–three sons and two daughters–between them.

David said the five children are supposed to be represented by five young fruit trees or the five “maidens” referenced in the name.

The company’s website notes that an alternative use for the word maiden is to describe a first act or attempt, e.g., a maiden voyage, so another meaning behind the cidery’s name relates to the fact that it is still in its infancy.

But David said they didn’t necessarily plan on opening up in Bethlehem’s South Side.

“We planned on finding a place in the Valley,” he said. “We stumbled upon a place in the South Side. It was a perfect fit and checked off all of our boxes.”

David said the biggest challenge in opening the cidery has been learning the business side of things and making sure they’re doing everything required according to state and federal regulations.

He said growth has been modest so far, and that their future depends on getting their name out to the community. It’s pretty much been David and Williams taking care of everything for the company right now, along with close friends and family.

David said he wants people to understand that hard cider isn’t only a sweet, carbonated drink, like some people think it is. Some ciders can be very dry, almost like champagne.

“We want people to realize that cider isn’t just that, and after people come in and say they don’t like cider, they try some of our stuff and then they realize that they actually do like cider,” he said. “They just didn’t necessarily know what they were missing.”

A variety of their ciders will be on tap at a ribbon-cutting ceremony which will be held in celebration of their recent opening at Five Maidens on Wednesday, Nov. 17 at 5 p.m. 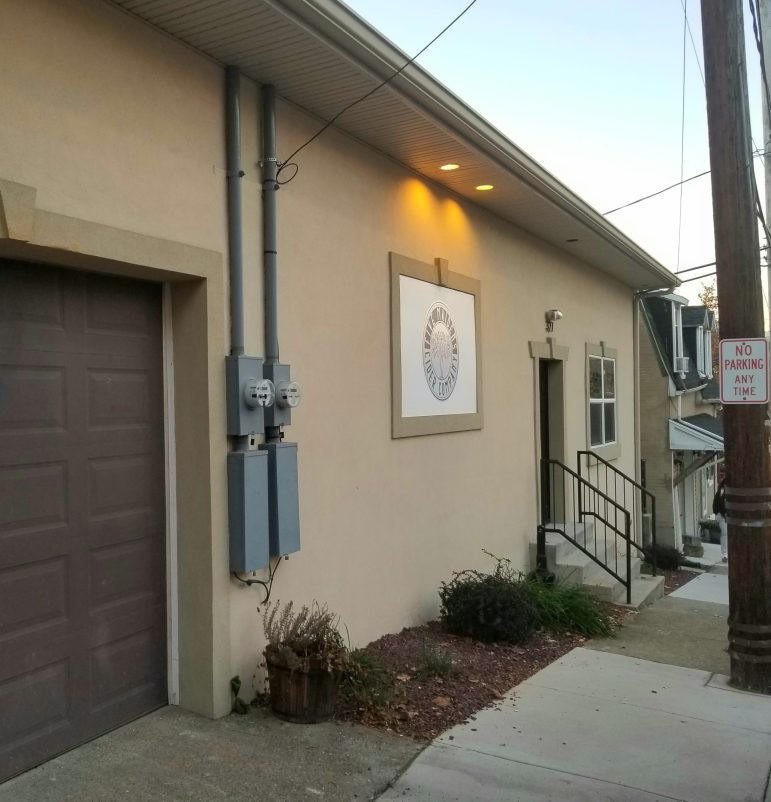 Five Maidens Cider Company is located at 327 Polk Street, between Third and Fourth streets, on Bethlehem’s South Side.