Pennsylvania State Police at the Fogelsville barracks are investigating a brazen shoplifting incident that took place at a well-known cosmetics and beauty product retailer in Lower Macungie Township Monday, just as the 2021 holiday shopping season kicks into high gear at shopping malls throughout the area.

Police said Wednesday that they are trying to identify the five men who entered the Ulta store in the Hamilton Crossings shopping center at 833 N. Krocks Road, Allentown, and made off with an estimated $20,000 worth of beauty products shortly before 6:30 p.m.

In a post on the Pennsylvania Crime Stoppers site, police said the men–all of whom wore face coverings–were only inside the store for approximately 40 seconds, during which they filled plastic bags with merchandise.

One of the men was captured on store surveillance video wearing what appeared to be a distinctive blue sweatshirt with yellow block lettering on the back that read “MDMD Money Dis, Money Dat,” while another wore a black hooded sweatshirt with the words “Day One” written across the front.

Store surveillance photos of all five suspects were included in the news release (see below).

Police said the suspects fled the scene prior to troopers’ arrival in a darkly colored sedan that was last seen heading in the direction of Hamilton Boulevard (Rt. 222).

Anyone with information related to this incident or who may be able to identify one or more of the suspects is being asked to contact the Pennsylvania Crime Stoppers at 1-800-4PA-TIPS (8477) or online. All callers to Pennsylvania Crime Stoppers remain anonymous and could be eligible for a cash reward for information that leads to an arrest, the solving of a crime/cold case or the location of a wanted person/fugitive or missing person. 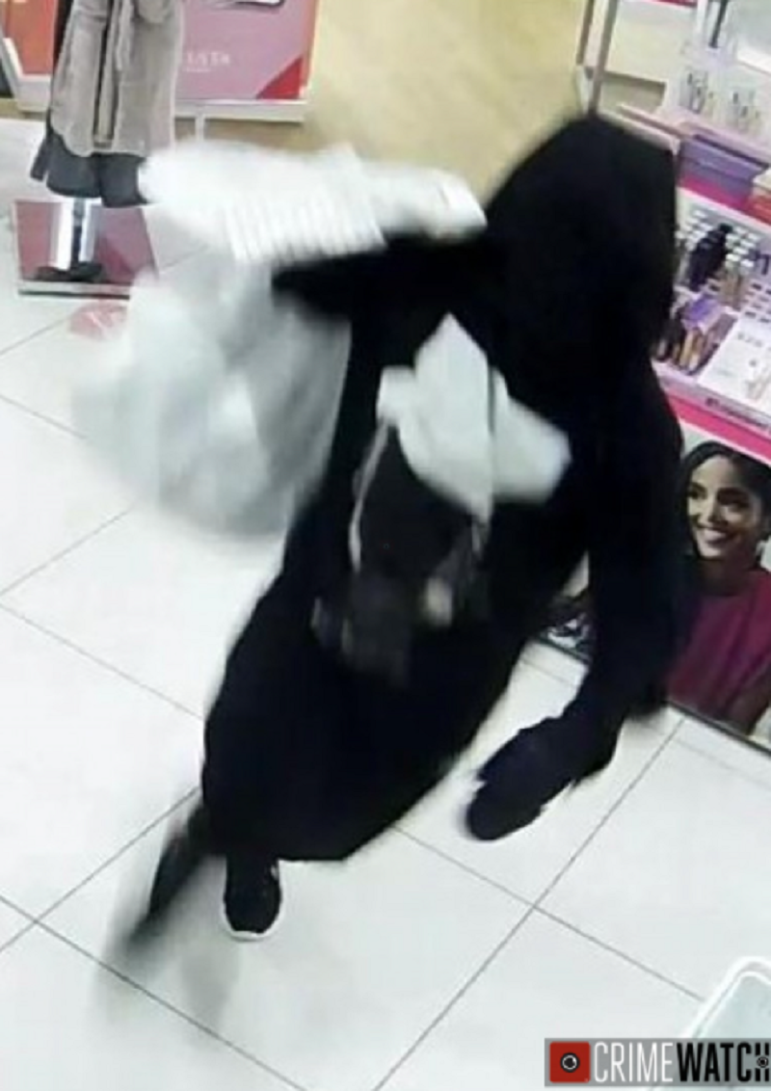 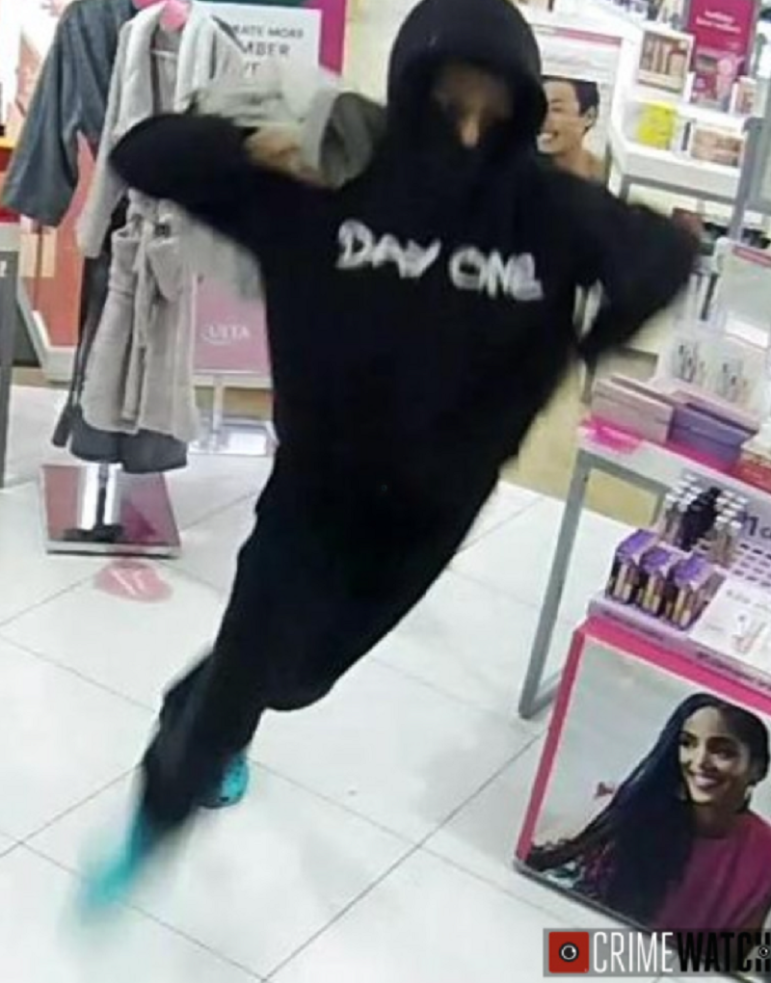 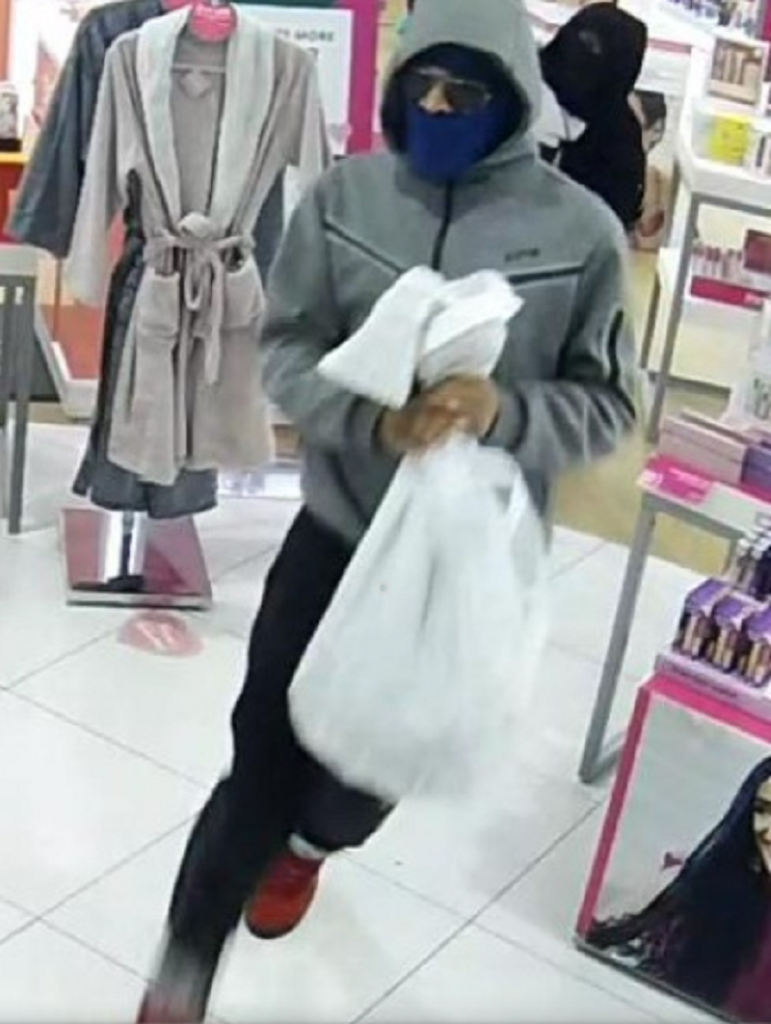 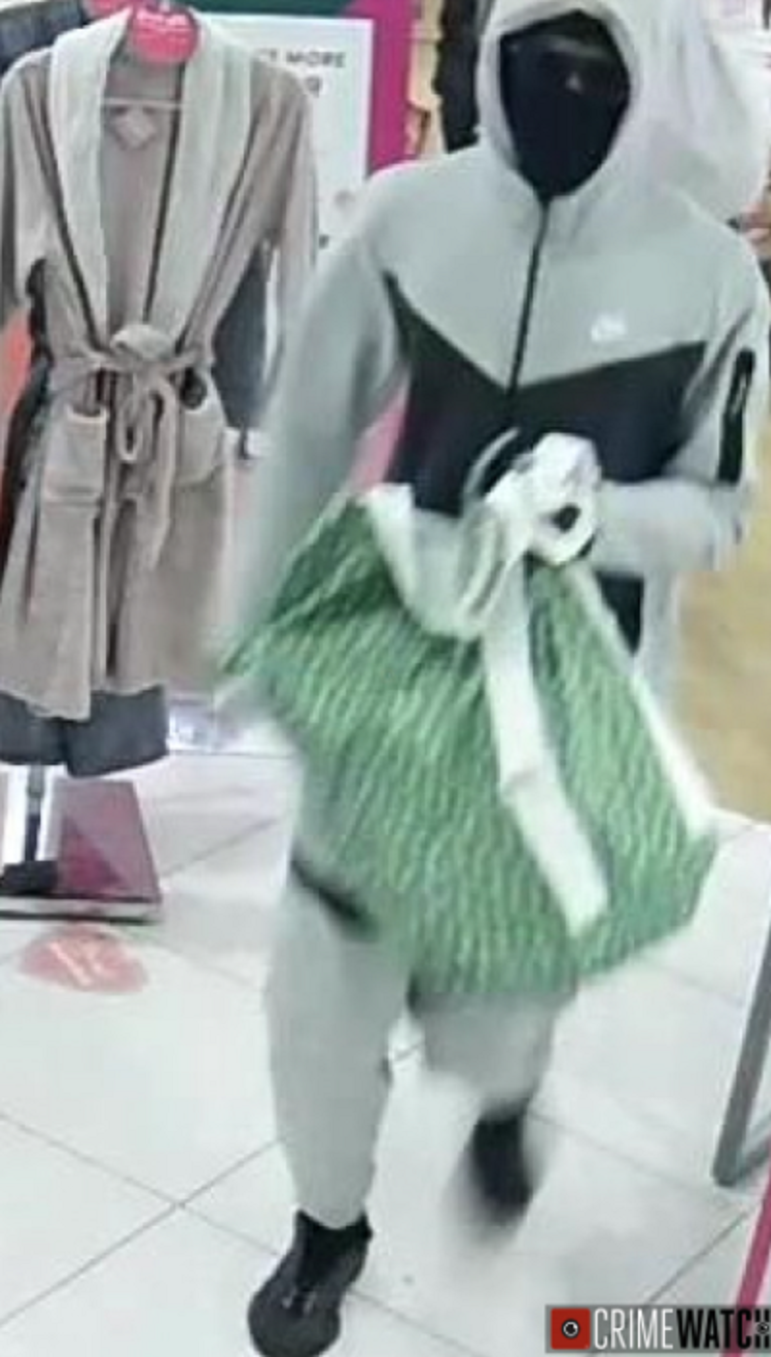 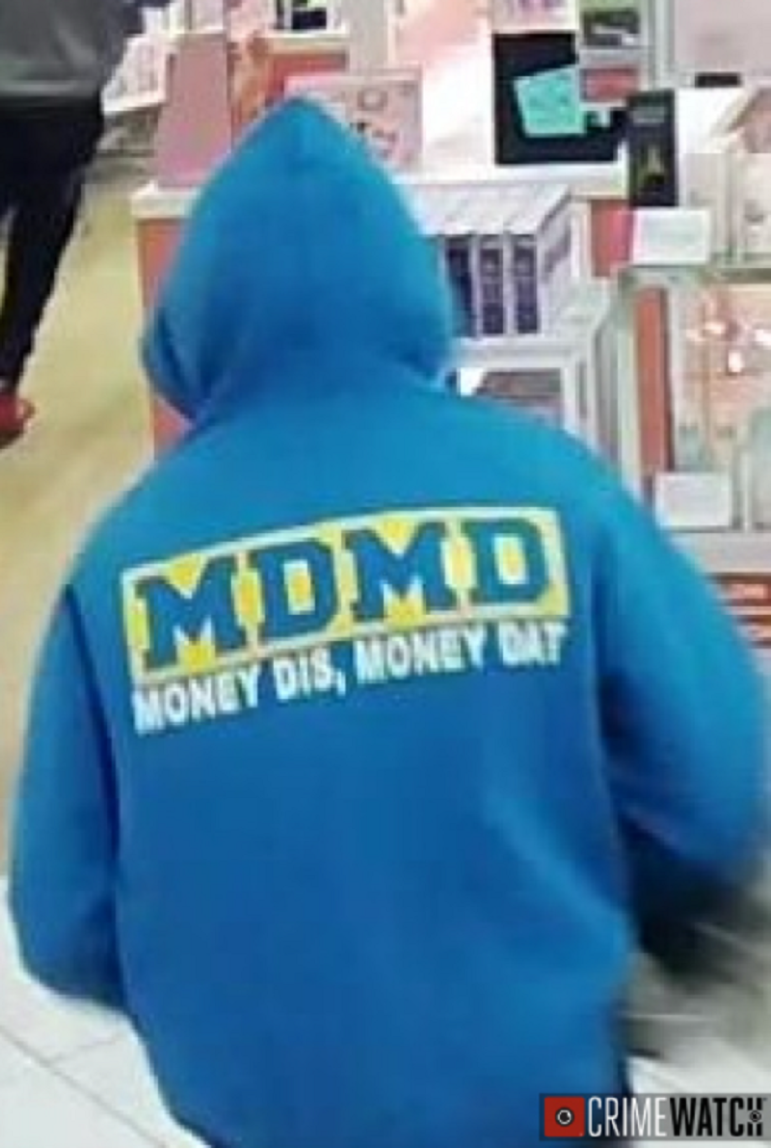