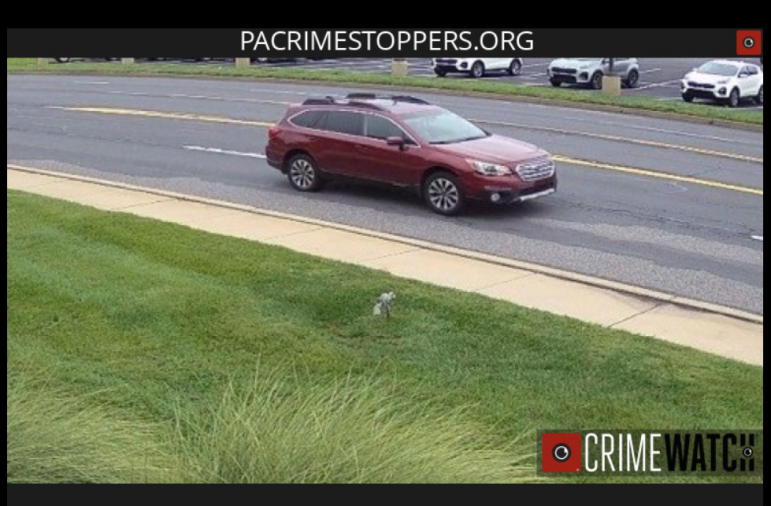 The Pennsylvania State Police would like to speak with the operator or owner of the pictured vehicle, which they said is a Subaru Forester or Outback. Police said the vehicle is of interest in a current investigation involving a fatal wreck that occurred on I-78 westbound near mile marker 58 in the City of Allentown Sept. 9. The vehicle was last seen traveling north on Lehigh Street from I-78, according to a PA Crime Stoppers news release about it. (Credit: Pennsylvania State Police)

Pennsylvania State Police Troop M are asking for help from the public with identifying the operator of a car they say may have been involved in a fatal accident on I-78.

In a news release published by PA Crime Stoppers Tuesday, troopers asked for information about the maroon Subaru Forester or Outback pictured above, which they said “was possibly involved and left the scene after impact of a motor vehicle crash which resulted in a fatality that occurred on Thursday, Sept. 9, 2021 at approximately 10:15 a.m. at I-78 Westbound, mile marker 58, (in the) City of Allentown, Lehigh County.”

According to police, the vehicle may have minor damage or no damage from the collision.

State police said they would like to speak with the operator or owner of the Subaru, which was last seen traveling north on Lehigh Street from I-78.

“This vehicle currently is of interest in the investigation,” they confirmed.