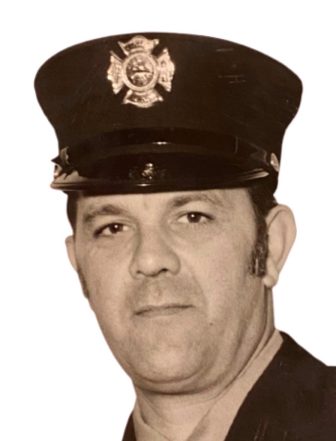 He was the husband of DeEtta Faye (Barber) Mease. Eugene was born in Lower Saucon Township on Oct. 8, 1932 to the late George and Mildred (Fluck) Mease. He worked for the Bethlehem Housing Authority in Maintenance. In December 1953, Gene joined the Bethlehem Fire Department, where he worked for 26 years, retiring in 1979 at the rank of Assistant Chief. During that period, he also worked part-time as a school bus driver for the Bethlehem Area School District and at other part-time jobs. Gene started his working career with the former Bethlehem Steel Corporation in the Electrical Department upon his graduation from high school. Eugene enjoyed hunting, spending time on his parents’ farm during hunting season, baseball (coaching his sons’ teams when they were young), camping and vacationing with his family. For many years, Gene and DeEtta enjoyed weekends and summer vacations at their cabin near Promised Land Lake. Following his retirement from the BHA, they moved to Ocala, Fla., where they resided for about 20 years, enjoying their time relaxing and traveling with friends. Gene and DeEtta returned to Bethlehem in 2013 to be closer to family.

Family and friends are invited to a visitation period from 10 to 11 a.m. Wednesday, May 25, 2022 at the Heintzelman Funeral Home Inc., 326 Main St., Hellertown. The visitation period will be followed by the service at 11 a.m. The interment will be at Bethlehem Memorial Park. Online expressions of sympathy can be shared at HeintzelmanCares.com.