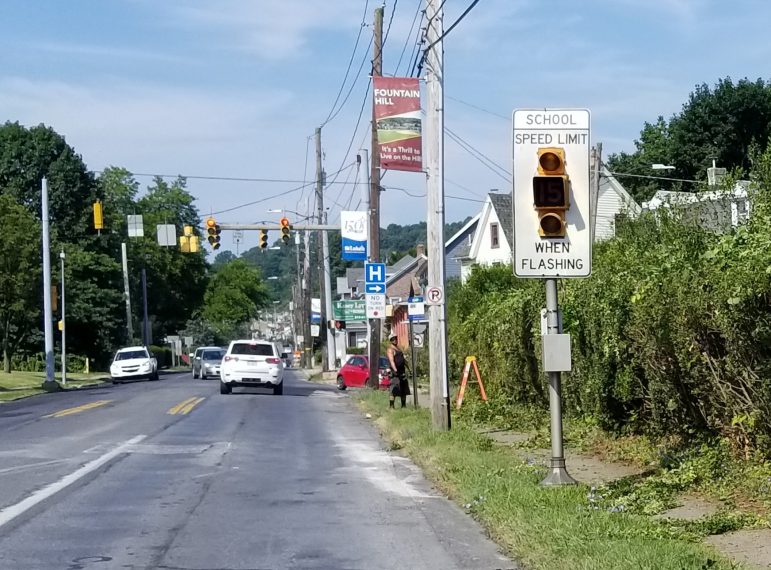 Per state regulations, a school speed limit zone along Broadway in Fountain Hill borough must be removed, borough officials recently learned. Borough manager Eric Gratz said last month that the signs were installed for students who attended the former Holy Child parochial school next to St. Ursula Roman Catholic church on Broadway. Fountain Hill Elementary School is located nearby, but it isn’t close enough to the intersection to warrant a school speed limit zone, Gratz said.

Although the intersection in which they are located is only a couple blocks from Fountain Hill Elementary School, school zone signs along Broadway in Fountain Hill borough have to be removed because they are no longer necessary, according to Pennsylvania state law.

Borough manager Eric Gratz explained at a July 20 borough council meeting that the signs erected to enforce a school zone speed limit of 15 mph whenever flashing lights were activated were put in place for the former Holy Child School on Sioux Street.

Holy Child School was a Catholic parochial school and part of the St. Ursula church campus located between Broadway and Sioux Street, and operated from 1982 to 2006. 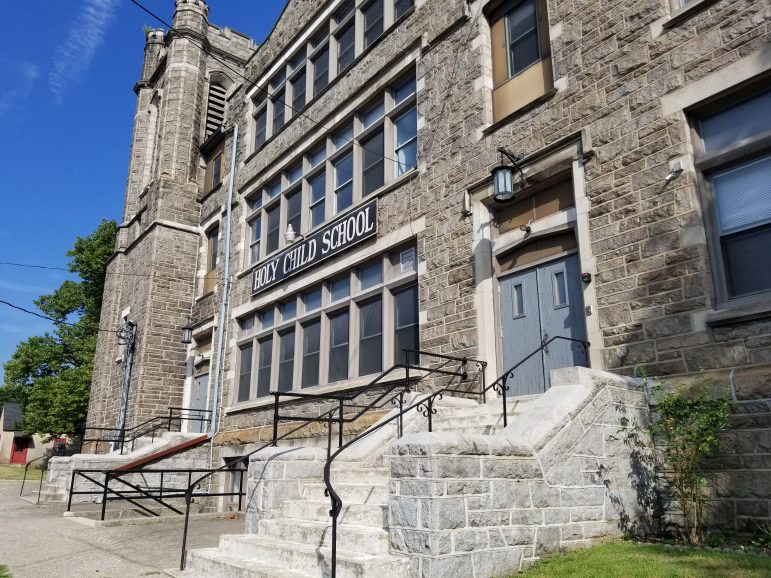 The former Holy Child School at 1301 Sioux Street in Fountain Hill was formed through a merger with another Catholic school in 1982 and closed in June 2006, according to a history of the St. Ursula parish to which it was attached.

Fountain Hill Elementary School isn’t close enough to the busy road to require a school zone along it, and borough officials said that today most of its students who aren’t bused receive rides to and from school, further reducing any potential need for the signs.

Gratz said that in addition to removing the school zone signs, the pedestrian crossings in front of St. Ursula’s at Broadway and Delaware Avenue are scheduled to be upgraded.

In other business, Gratz told council members that the borough’s public works department has been focusing efforts this summer on repaving alleys in the borough.

The Fountain Hill Pool is closed for the season due to staffing and maintenance issues, which has allowed public works employees to spend additional time on paving, he said.

A grassroots committee called the Fountain Hill Community Coalition formed in the spring with the goal of reopening and restoring the pool to its former glory. The committee has been holding regular meetings and is now in the process of organizing events to help draw attention to their efforts, while reinvigorating a sense of community.

In partnership with the Fountain Hill Fire Department, coalition volunteers have planned a Community Wetdown which will be held this Thursday, Aug. 4 from 5 to 8 p.m. at the Stanley Avenue Playground at Stanley Avenue and S. Lynn Street.

The free, family-friendly event will give kids a chance too cool off and check out the fire department’s shiny vehicles on a day when the mercury is forecast to reach a high of 95.

For more information about it, follow the FHCC on Facebook. To subscribe to their email list email FHCC board chair Mike Zovko at mzovkofhcc@gmail.com. Yard signs promoting the group’s effort to “Save the Pool, Strengthen Our Community” are also available and have been appearing in yards throughout the borough in recent weeks.