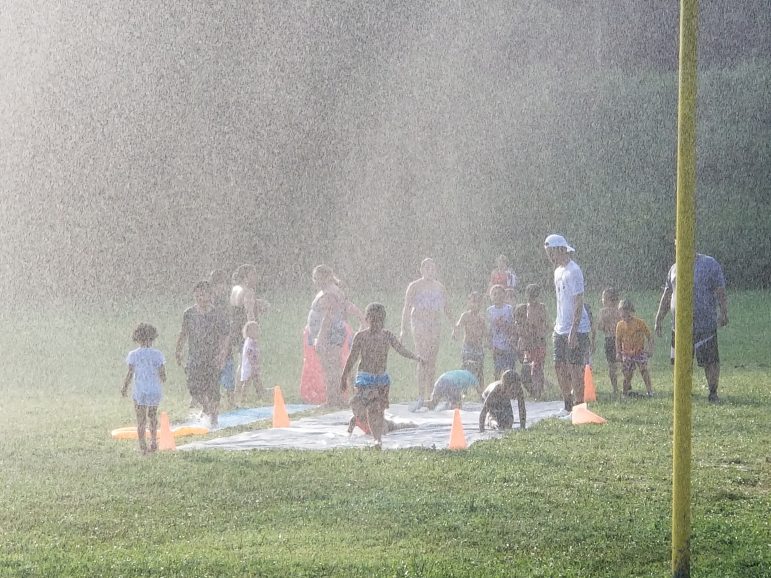 Children and teens run, slip and slide through the mist generated by an skyward fire hose at the Stanley Avenue Playground in Fountain Hill Thursday. The “Community Wetdown” was organized by the Fountain Hill Community Coalition and the Fountain Hill Fire Department. Thursday’s high temperature reached the mid 90s, and many families attended the event.

When it comes to dealing with the weather, we’re all in it together, so in the midst of a summer heat wave it makes sense to turn to friends and neighbors for help cooling off.

That’s exactly what some residents of Fountain Hill did Thursday, during a “Community Wetdown” hosted by the borough’s volunteer fire department at the Stanley Avenue park from 5 to 8 p.m. It turned out to be the perfect day for an open hose, as temperatures were in the mid 90s and the area was under a heat advisory for heat indexes of up to 102.

The idea for the event came from a member of the nascent Fountain Hill Community Coalition, which was recently formed as a grassroots effort to save the municipal pool.

After soliciting input from borough residents via a survey last fall and a forum held in February, Fountain Hill Borough Council voted in March to close the pool permanently.

Council later rescinded its decision and agreed to give the coalition a year to come up with a plan–and funding–to reopen the facility, which was also short-staffed.

The Fountain Hill Pool is located adjacent to the park where Thursday’s wetdown was held, so the spray provided by the fire department was in a way a brief substitute for it.

Members of the coalition were also on hand to provide free cold water, snacks and information about their group, which also hopes to restore a sense of community pride to Fountain Hill by hosting other family-friendly events that are free and open to the public.

For more information about the FHCC, follow their Facebook page and subscribe to their email list by emailing FHCC chair Mike Zovko at mzovkofhcc@gmail.com. Yard signs promoting the group’s effort to “Save the Pool, Strengthen Our Community” are also available and have been appearing in yards throughout the borough in recent weeks. 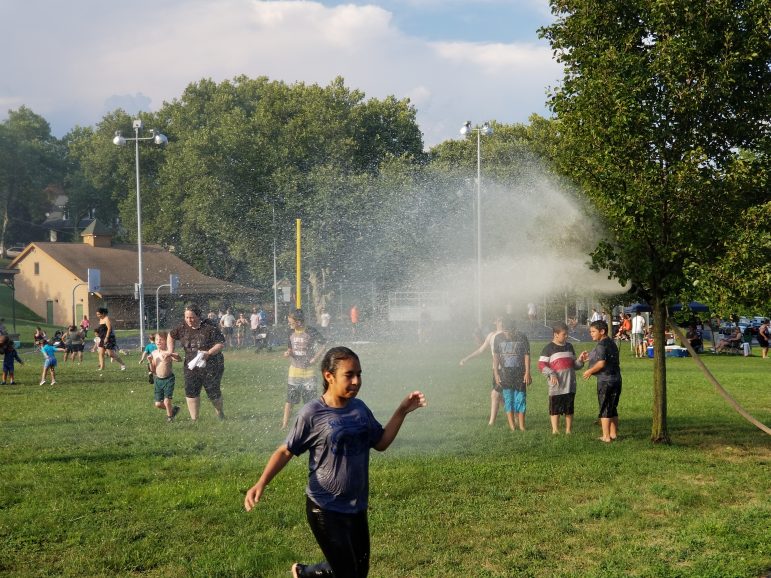 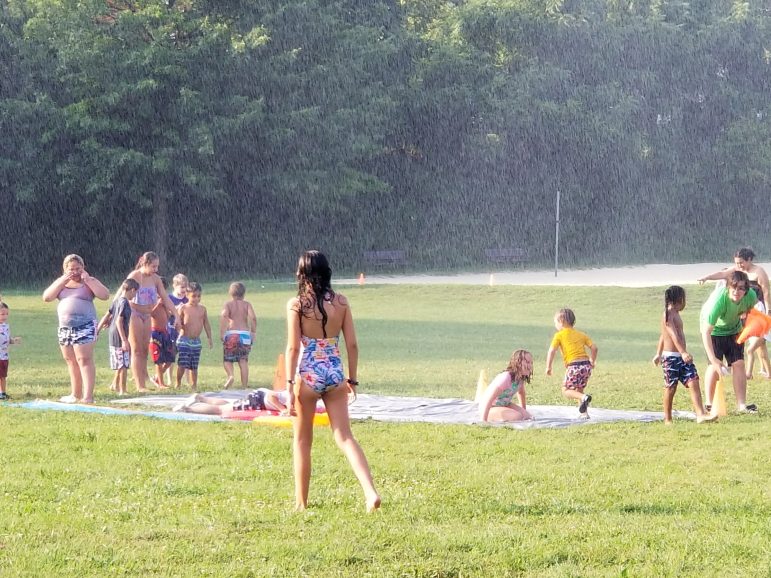 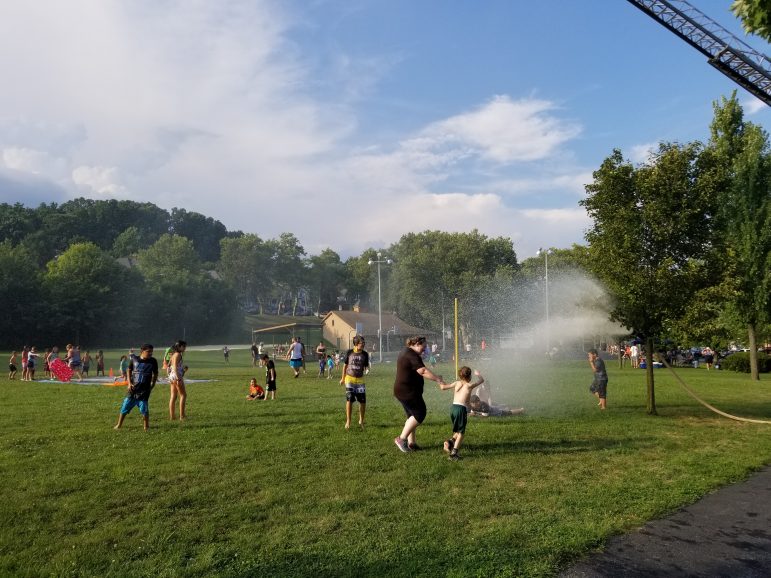 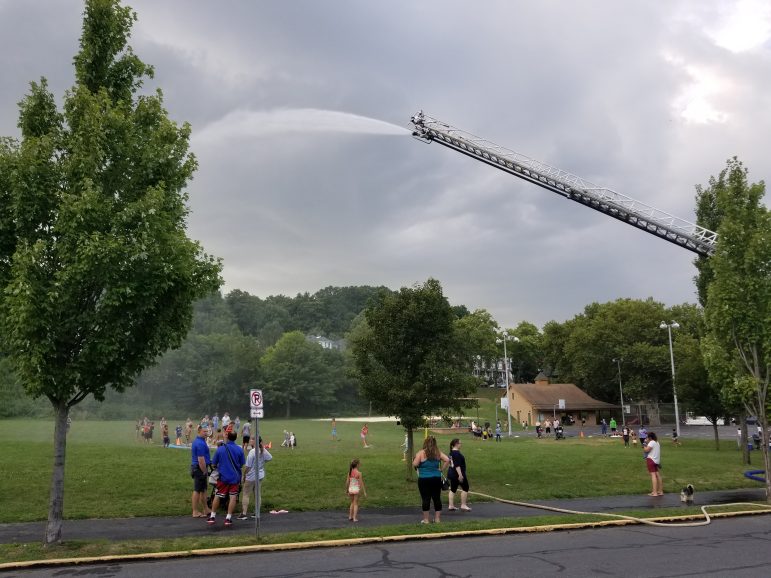 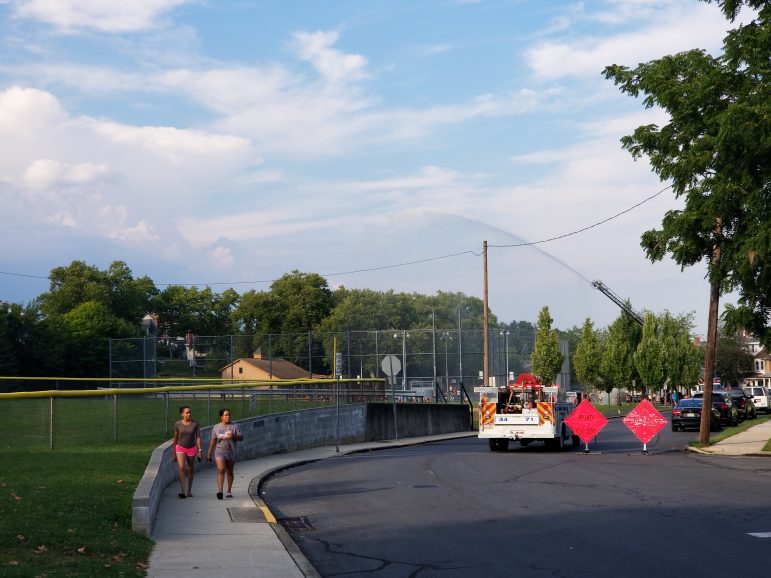 Part of Stanley Avenue in Fountain Hill was closed for the Community Wetdown. 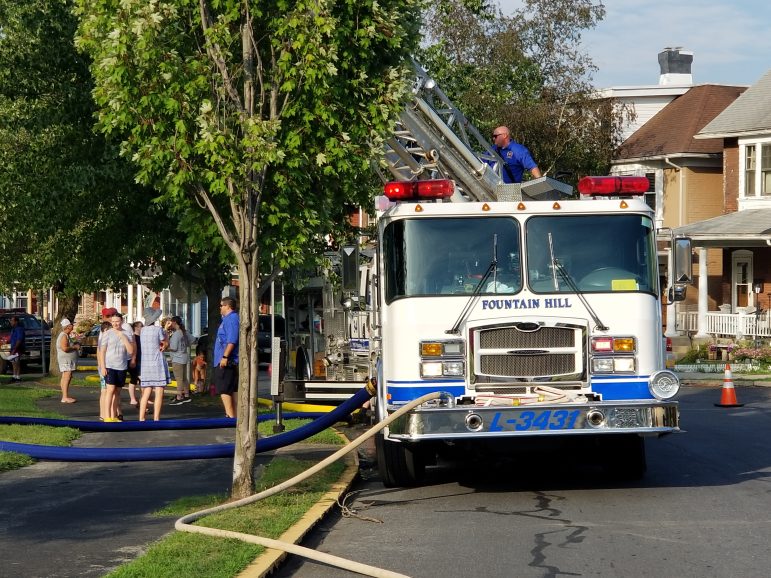 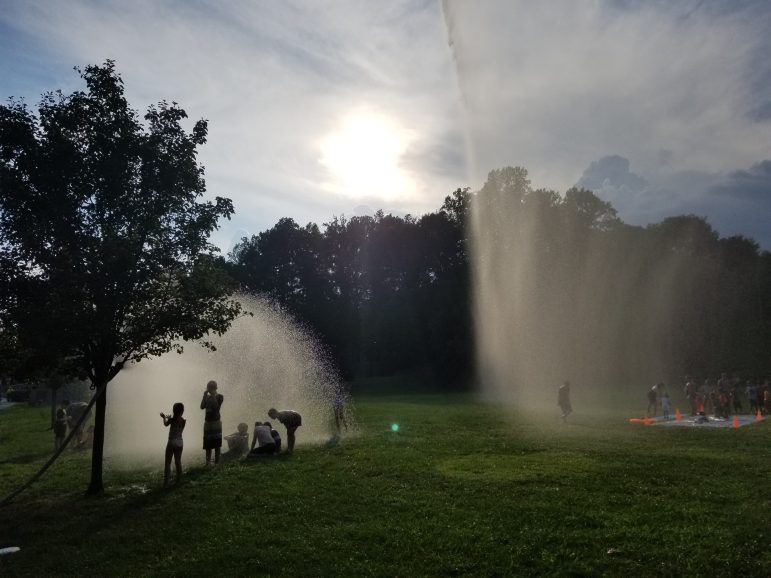 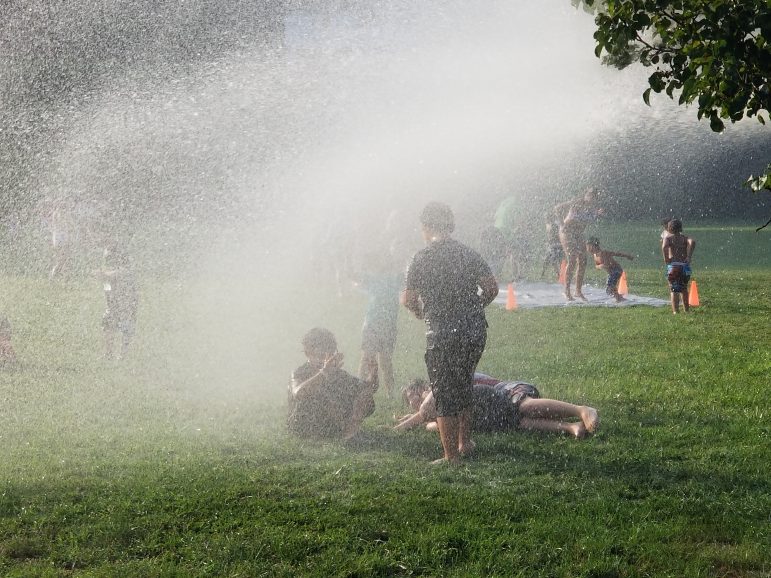 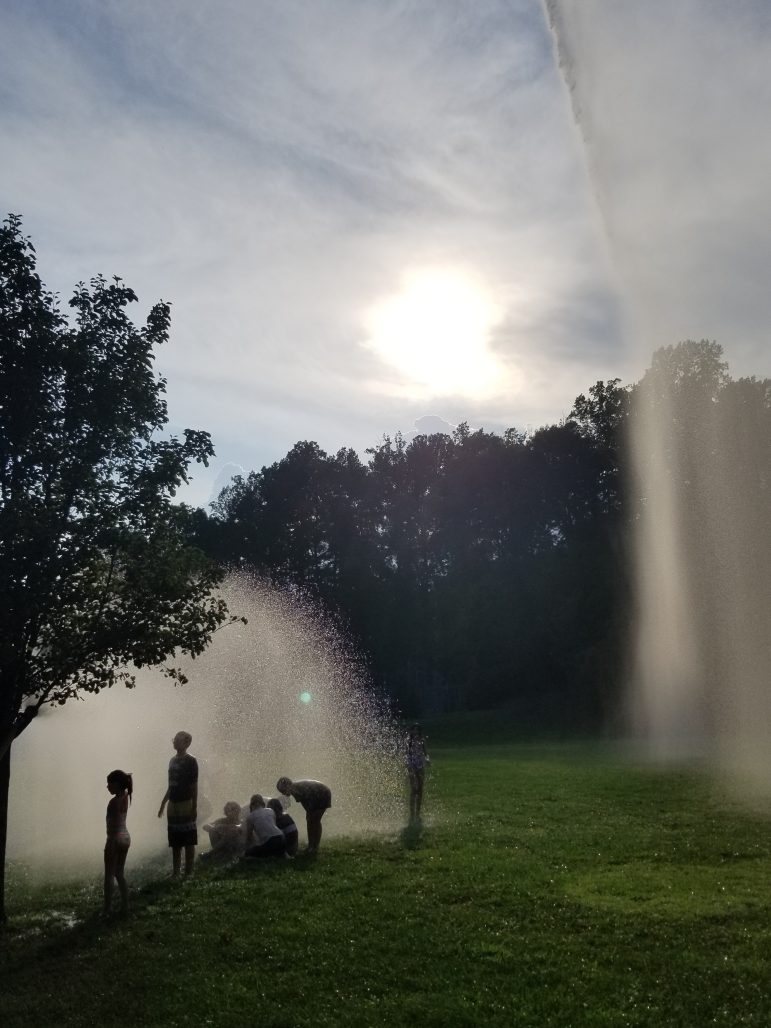 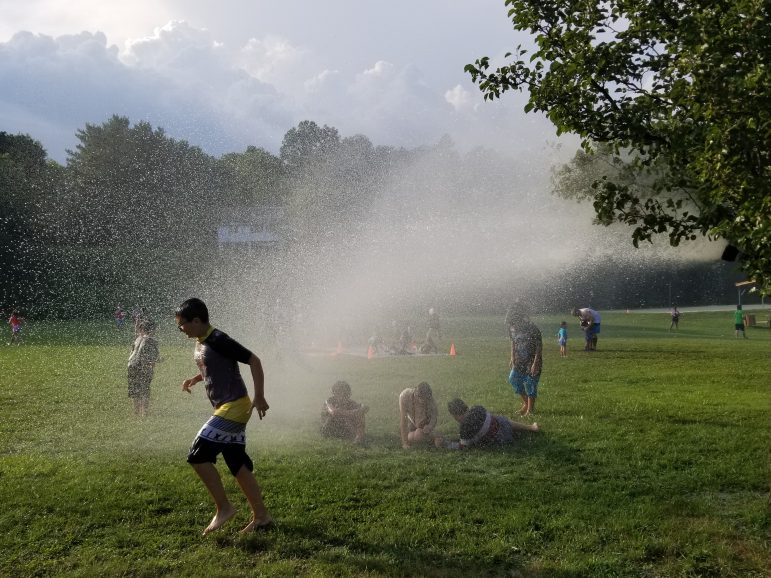 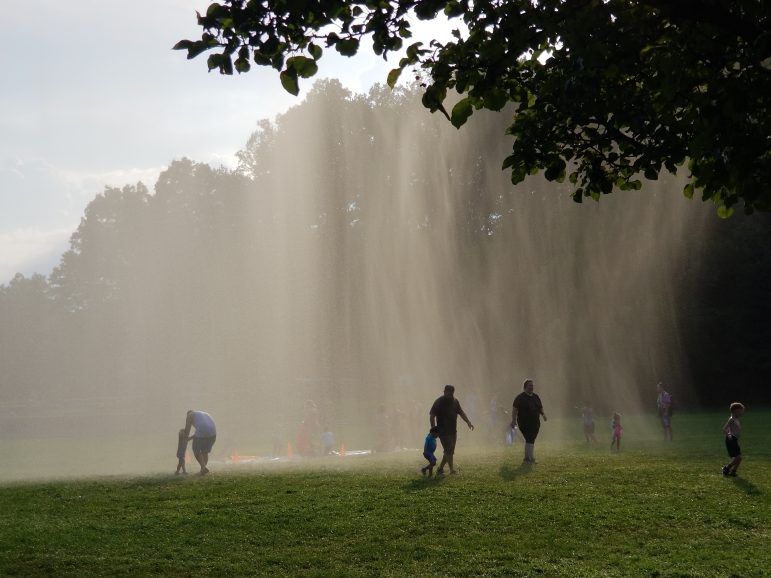 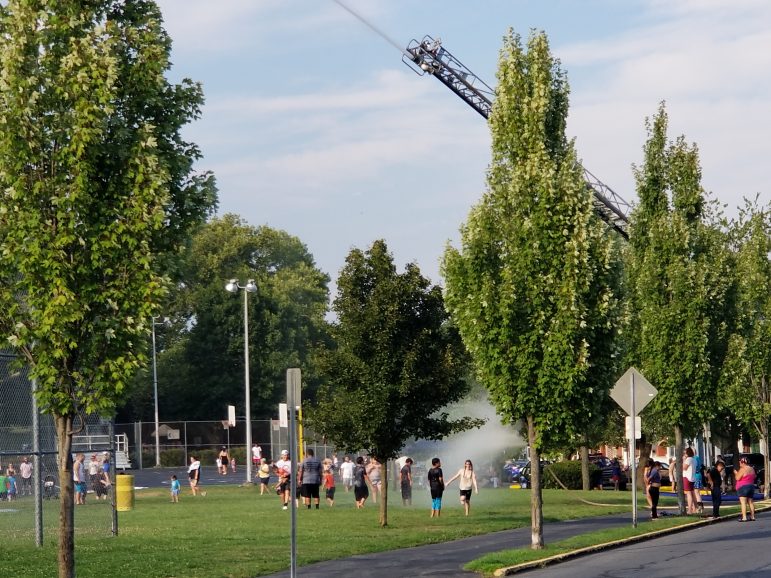 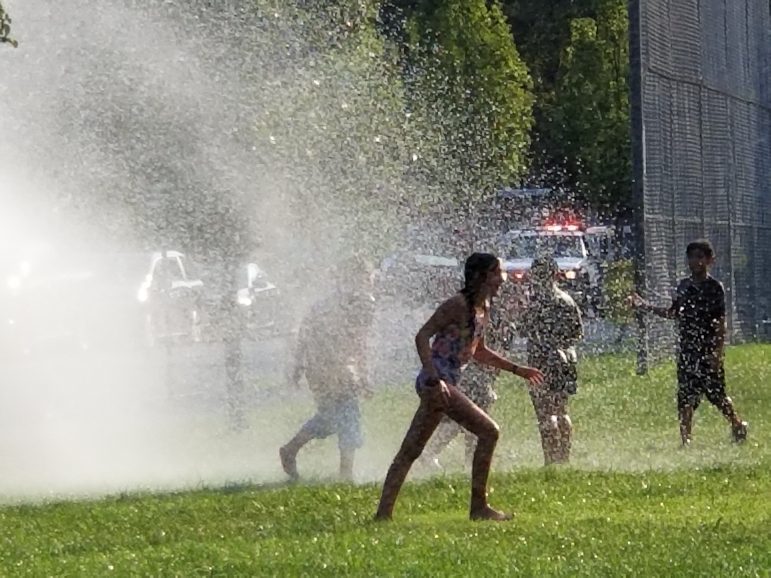 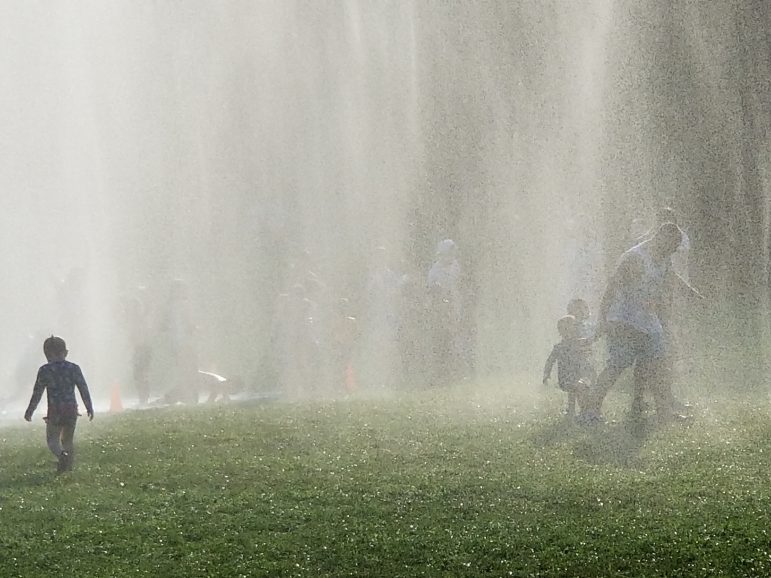 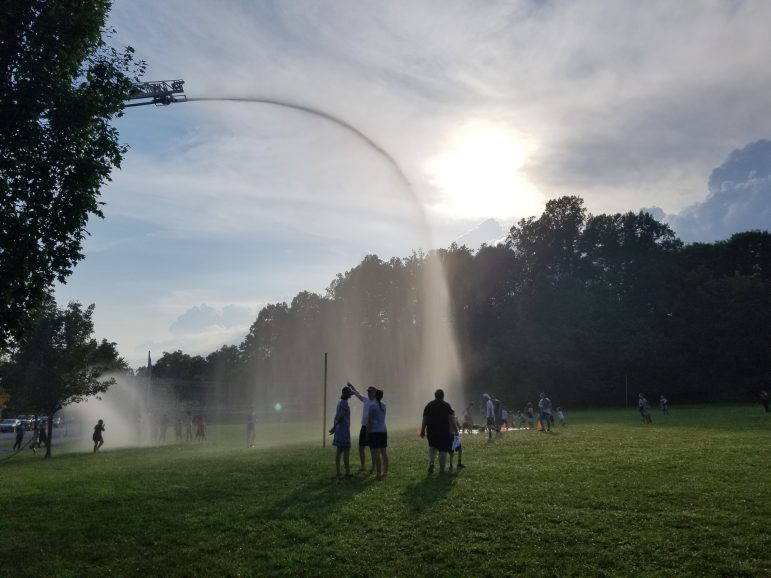 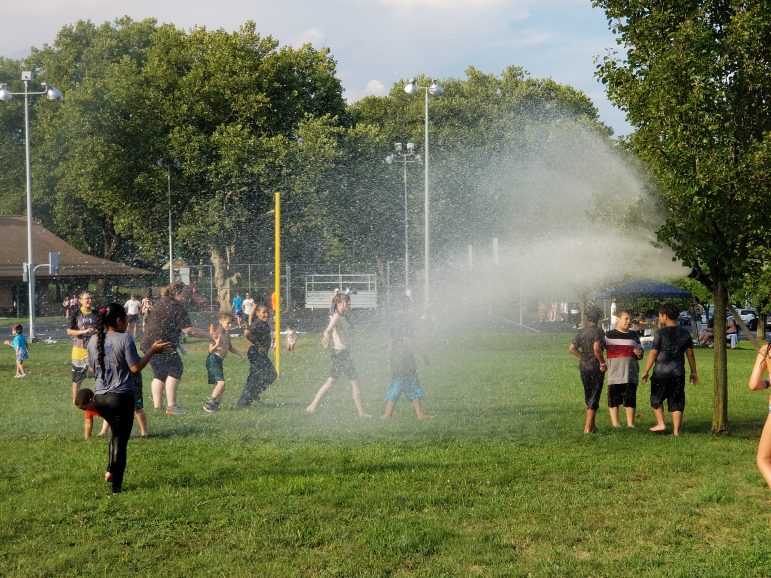 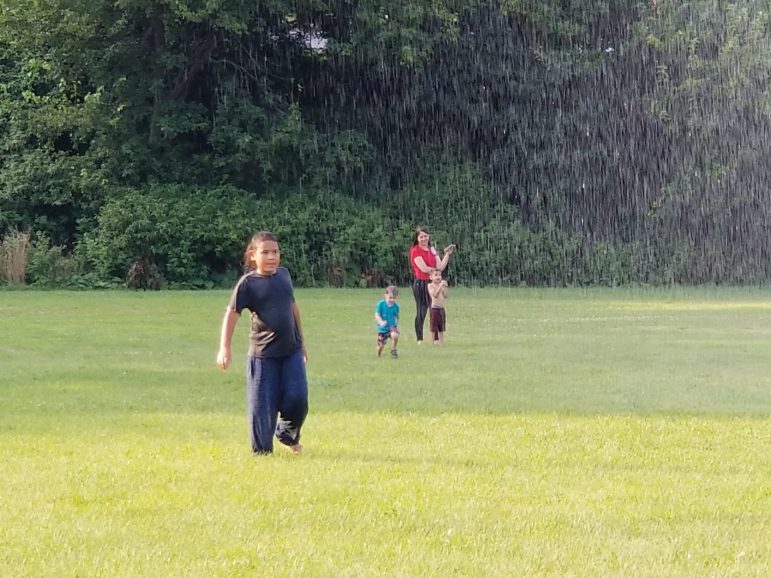 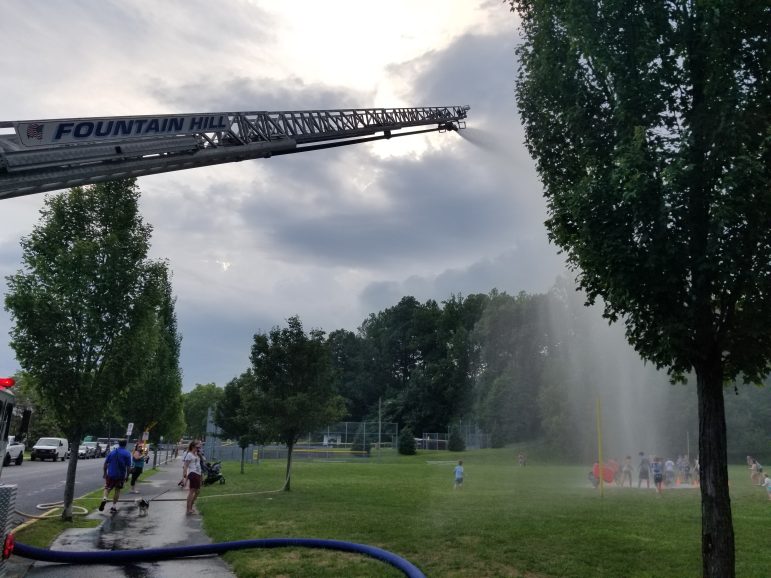 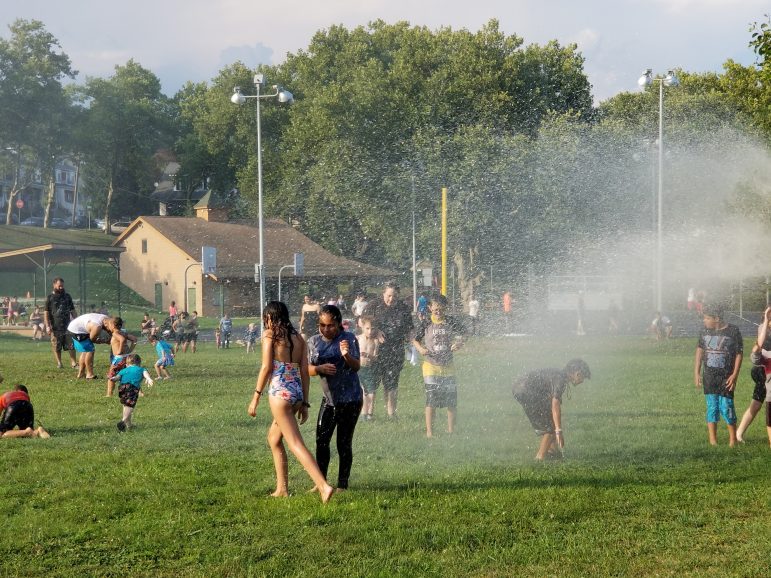 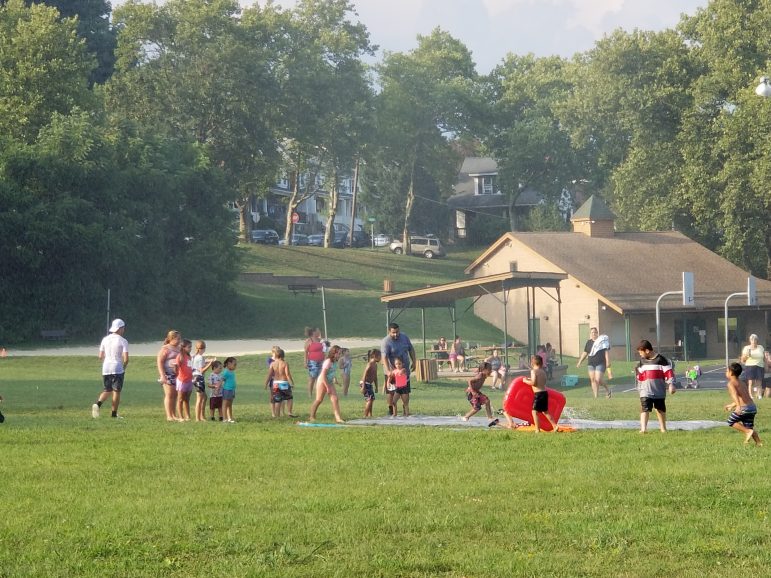 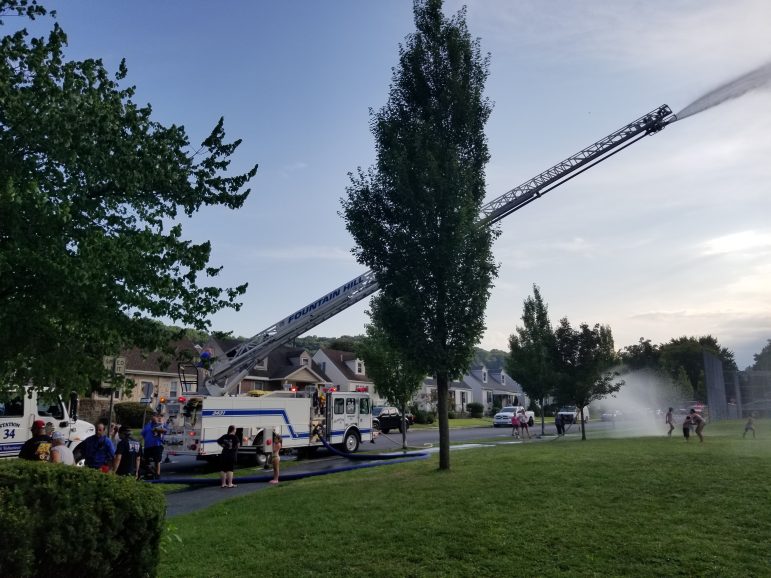 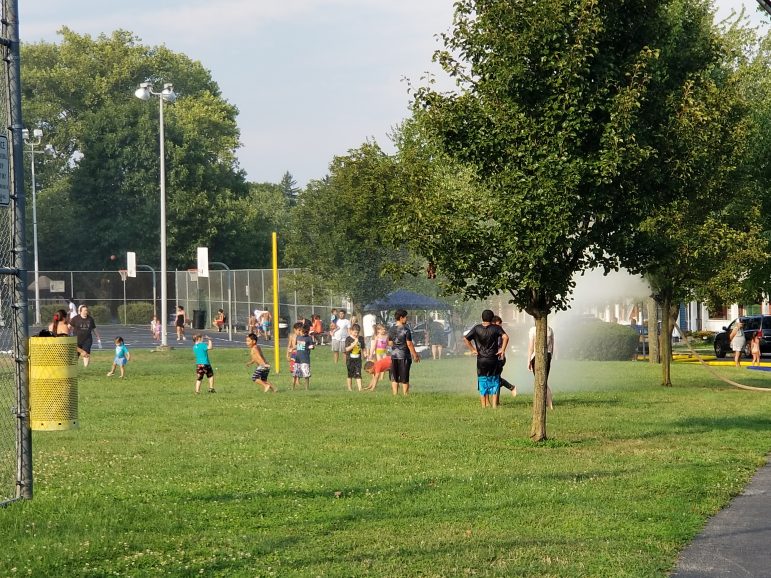 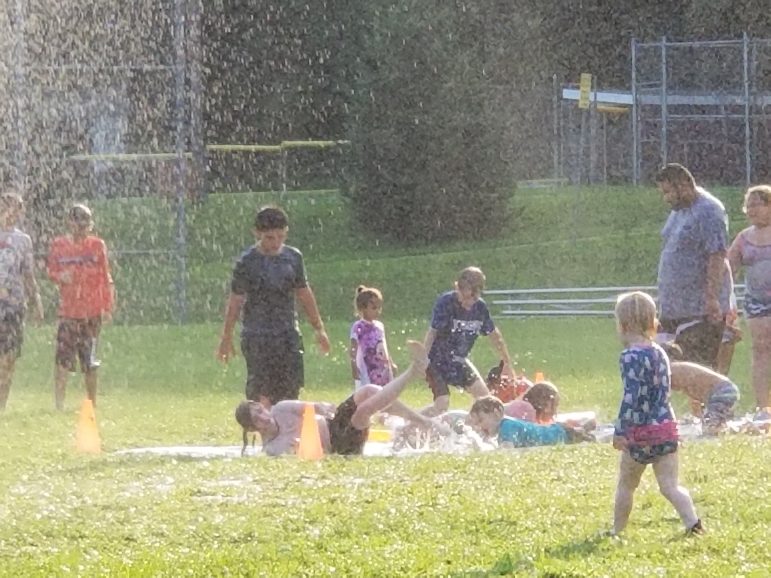 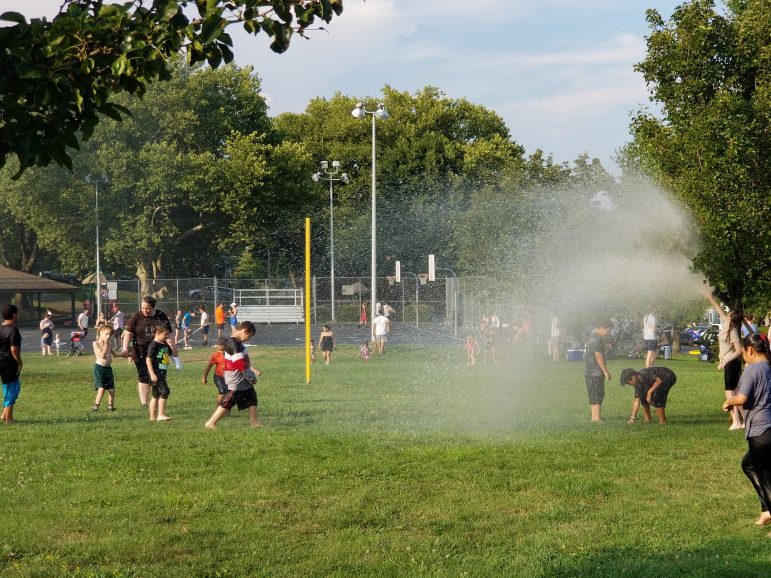