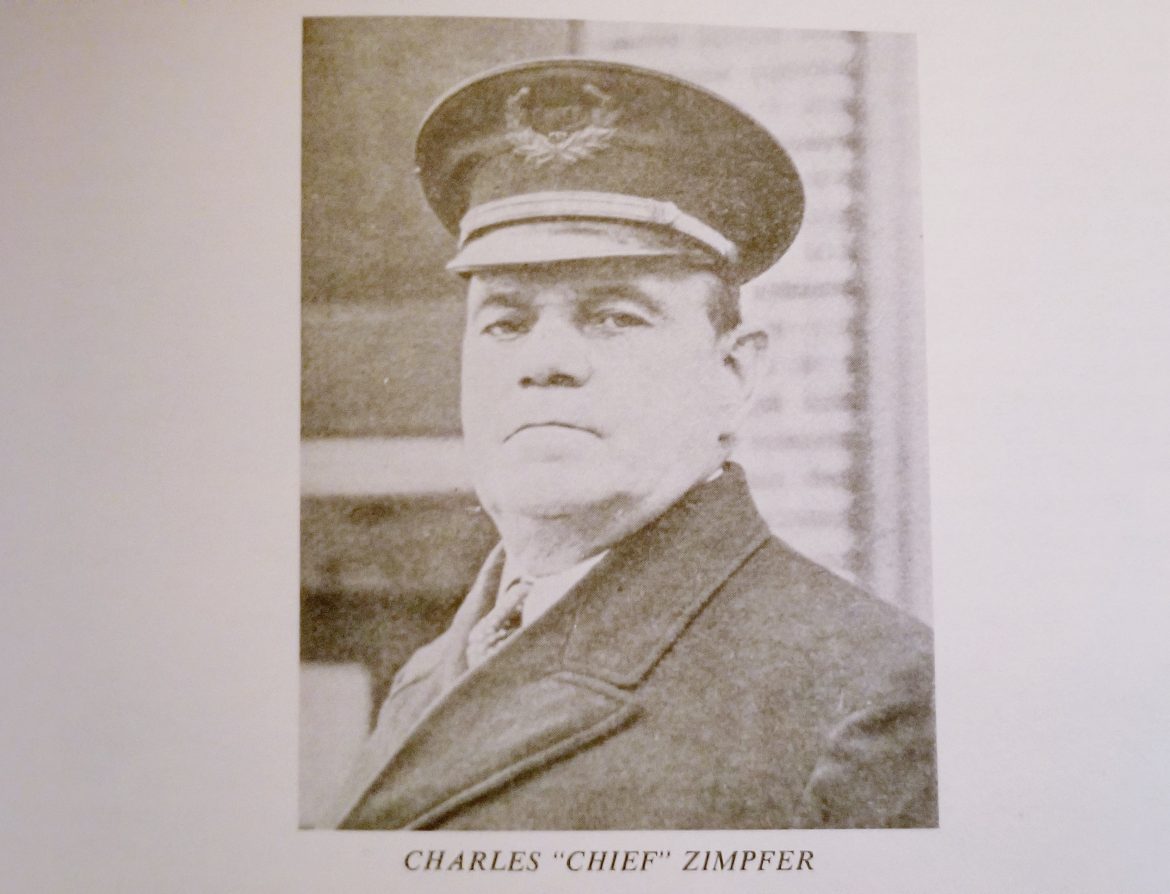 Charles 'The Chief' Zimpfer was Chief of Hellertown Police for most of the first half of the twentieth century.

The following text originally appeared in the Borough of Hellertown’s 1972 centennial commemorative booklet.

When Charles ‘Chief’ Zimpfer passed away in 1952, Hellertown lost a man who spent half a century faithfully serving the borough–fifty-one years of service on the police force, forty-nine years as Chief of Police and forty-nine years as Fire Chief. In addition he was also street supervisor and water superintendent for the borough and fire warden for Lower Saucon Township.

“The Chief,” as he was known to residents of the Saucon Valley, was considered a man who took pride in his police work but was reluctant to accept praise. He always commented, “Just helping to keep the town quiet and peaceful–that’s my job.” 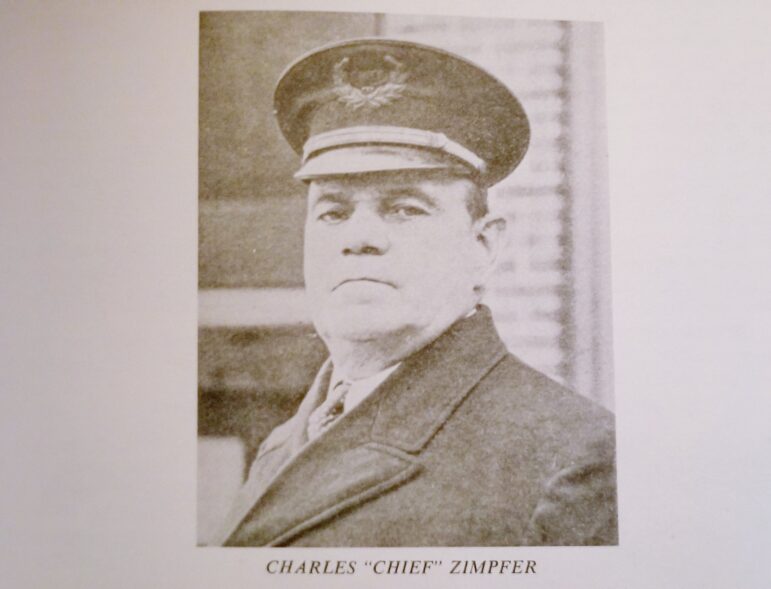 Charles ‘The Chief’ Zimpfer was Chief of Hellertown Police for most of the first half of the twentieth century.

Recalling the days at the turn of the century, the chief was a constant source of information about firefighting “way back when.” He often remarked, “We ran to fires pulling a cart with 500 feet of hose.” He was responsible for the constant advancement of the fire company in keeping it up to the needs of the area.

“The Chief” was born in Baden, Germany in 1882 (*according to the information on his gravestone in Union Cemetery he was born in 1870) and came to the United States at the age of nine with his parents and six older brothers and sisters. The family lived in Philadelphia for several years before moving to Buckingham in Bucks County. He moved to Hellertown shortly before the turn of the century and worked at the Bethlehem Steel Company a short time before embarking on his career in Hellertown. A career which Hellertonians who knew him know was well done.

Additional information: According to his gravestone, Zimpfer was the husband of Jennie S. Zimpfer, who died in 1960 at the age of 90. The couple had one daughter, Ella L. (1891-1919) who is buried next to them.