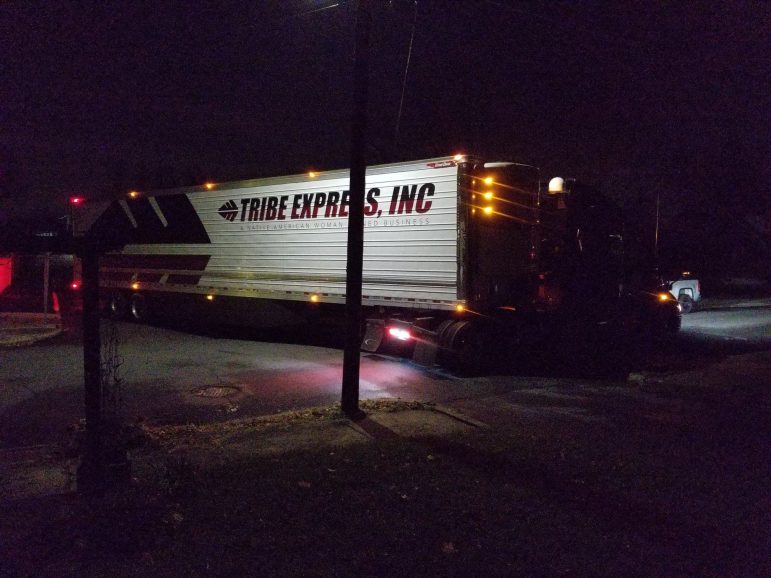 This large truck became stuck on the narrow side streets of Hellertown near I-78 late Friday evening.

Incidents involving tractor-trailers and other large trucks exiting I-78 at Rt. 412 and proceeding down narrow borough side streets only to become stuck when they are unable to turn around are continuing unabated, neighborhood residents say.

Residents of the north Hellertown neighborhood near the interstate reported that one truck became stuck at Kiernan Avenue and Clauser Street late Friday night, and that another became stuck on Kichline Avenue early Saturday morning.

“I called the police,” said resident Annette Baranowski, who has spoken out about these incidents in the past. “The guy started backing up Kichline towards 412.”

Baranowski shared photos of another truck that became stuck on Clauser Street when the driver tried to turn up Kiernan Avenue Thursday morning.

“When he was coming down my street on Kichline, he went up on the curb of the neighbors’ (property) and was stuck on the stop sign,” she said. “Now the stop sign is a little bit crooked.”

The borough police department and borough council are aware of the continuing problem with trucks turning down these streets, and are in the process of commissioning an engineering study they hope will allow them to ban trucks and sign the roads accordingly.

According to resident Jennifer Nuss-Anthony, when she has asked truck drivers why they are turning down Kiernan and Kichline, they have told her it’s because their GPS navigation systems tell them to use the borough streets.

The truck that became stuck near her home Friday night was the third one to end up there that she was aware of this week, she said.

“Council told me to call the police every time (this happens),” she said. “But by the time the police get there, they are gone.”

Sometimes late at night, “the headlights shine right in my living room,” she added. “It lights up the whole room. Then you have the noise of them trying to figure out what they are going to do to get out.” 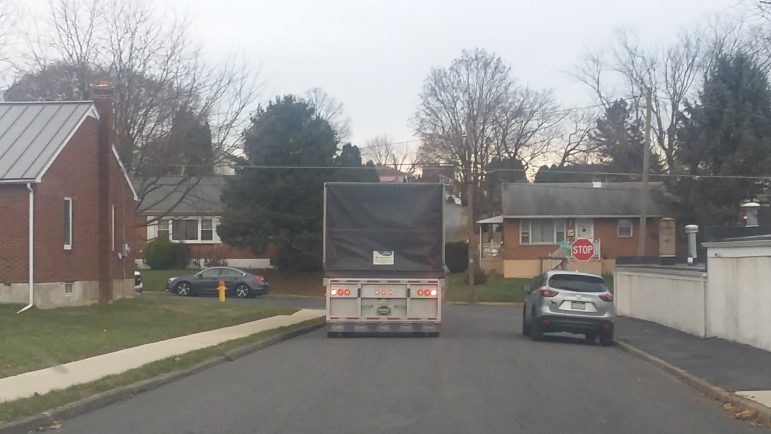 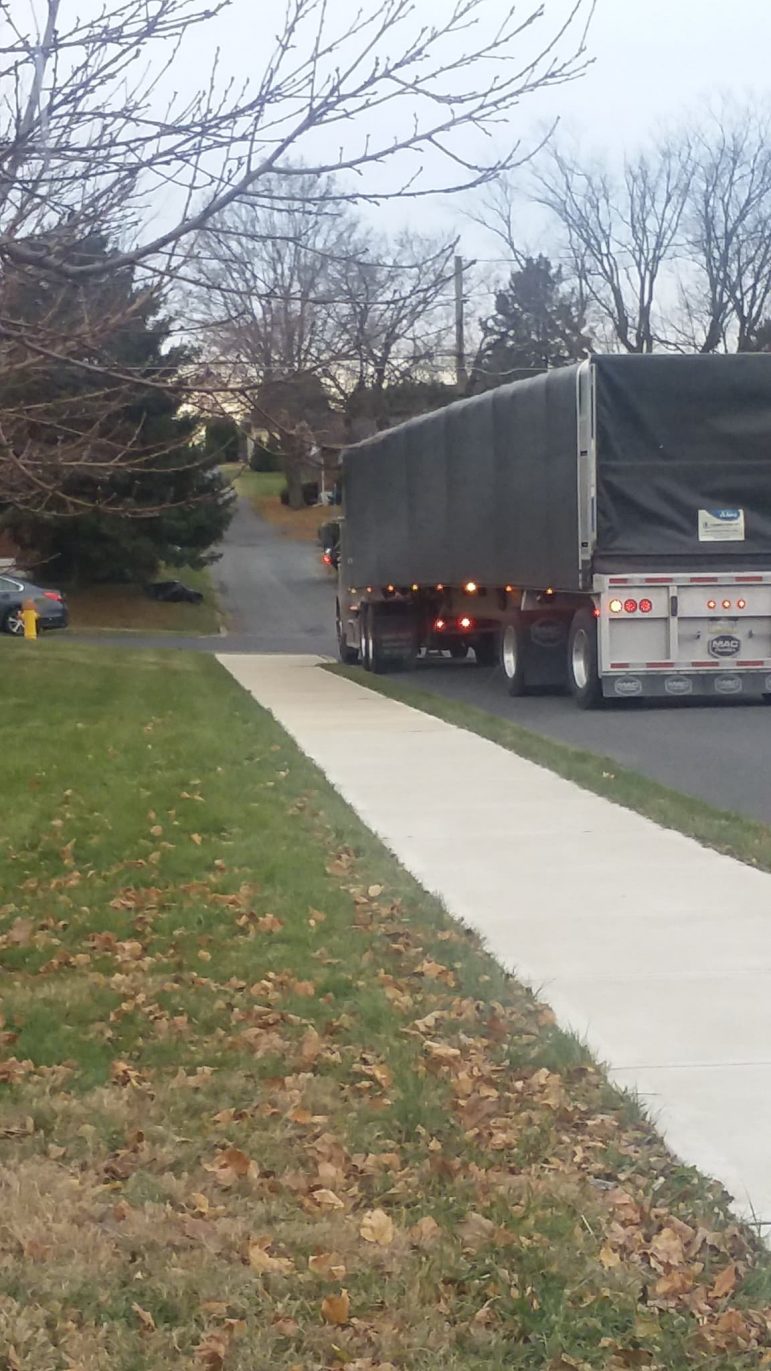