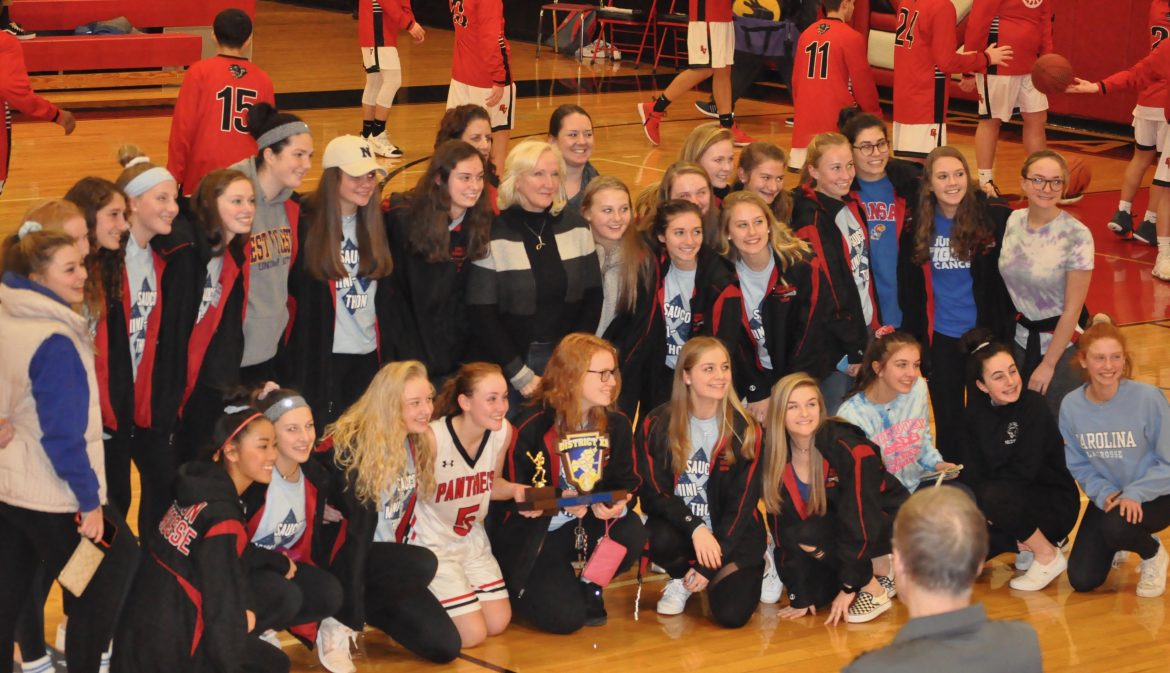 Friday night the high school gymnasium was buzzing.  Both the boys and girls varsity basketball programs took on rival Palisades.  Even though the Saucon girls lost 48-28 and the boys fell 66-49, there was a little Panther celebration-time taking place.  In between the two basketball games, the Saucon Valley high school girls lacrosse program was honored for their back-to-back District XI championships. 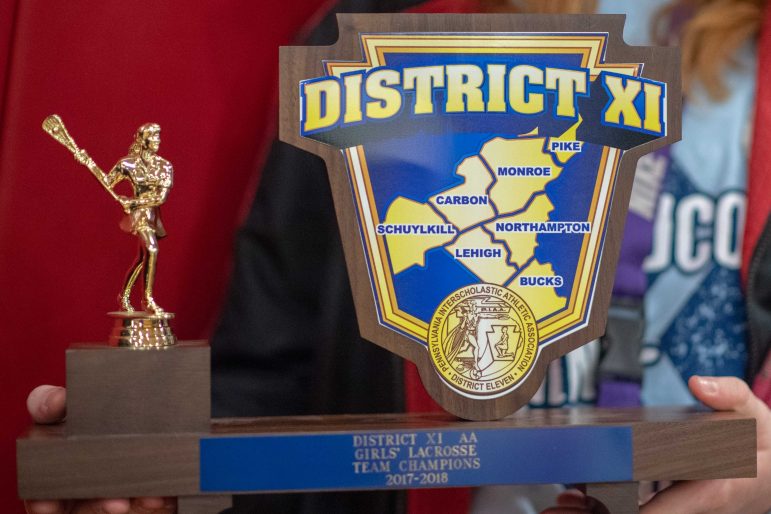 The team posed for photos with their trophy.

Many players and coaches from the 2017 and 2018 teams were present to be recognized in front of the hometown crowd.  The 2017 team won Saucon’s first District XI crown and finished with a 12-6 record.  Last year’s team repeated as District XI champs and completed their season with a 14-4 record.  As part of honoring the team and their past achievements, Friday night’s congregation gave a raucous round of applause when the crowd’s attention was drawn to the newest banner hanging in the high school gym. 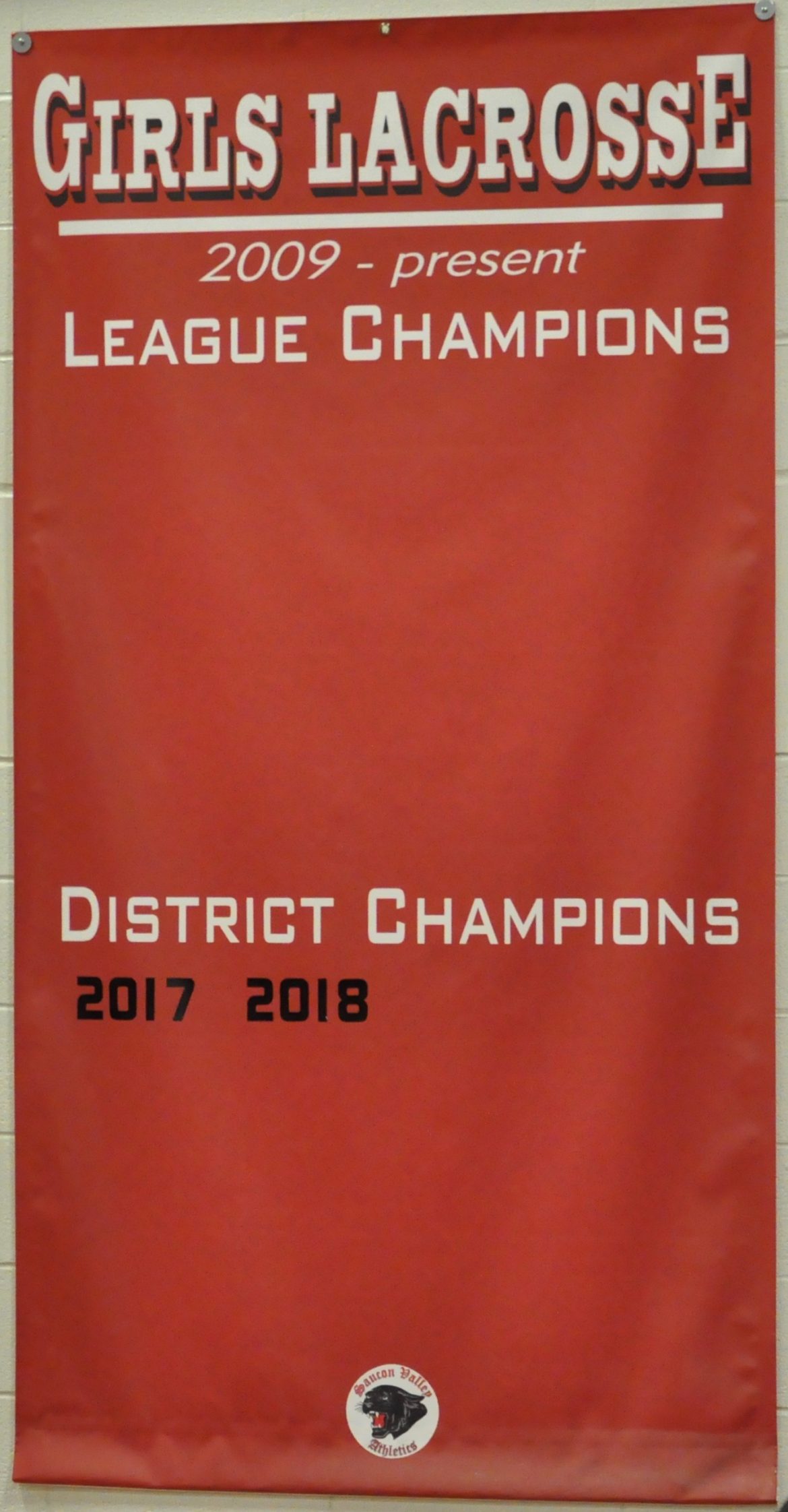 The SV girls lacrosse banner showing their 2017 and 2018 District XI championships was unveiled on Friday.

Among those present for the tribute was Panther coach, Jane Hoff. “It has put Saucon Valley lacrosse on the map in the Lehigh Valley,” Coach Hoff said when asked what it means for her program to have won consecutive District XI titles.  “Taking a program from 0-52 in six short years to winning two District championships and two appearances in the PIAA state tournament is a tremendous accomplishment.  We are so proud of our players.”

“Our biggest accomplishment is the belief the girls have in each other. This belief produces an unshakable cohesiveness and an “I always have your back” mentality.  I love every moment I spend with these girls and am so very proud of each and every one of them. With some “returning” players from past years, we finally “got the band back together”.

When asked about the keys to success for her program, Hoff was quick to point out program loyalty.  “Our success stems from a commitment that our players and coaches have made in themselves, and to the team as a whole,” she said. “We have seen tremendous growth in our players.  This wouldn’t be possible without the dedication the girls have in honing their skills, improving their athleticism and working as a unit.” 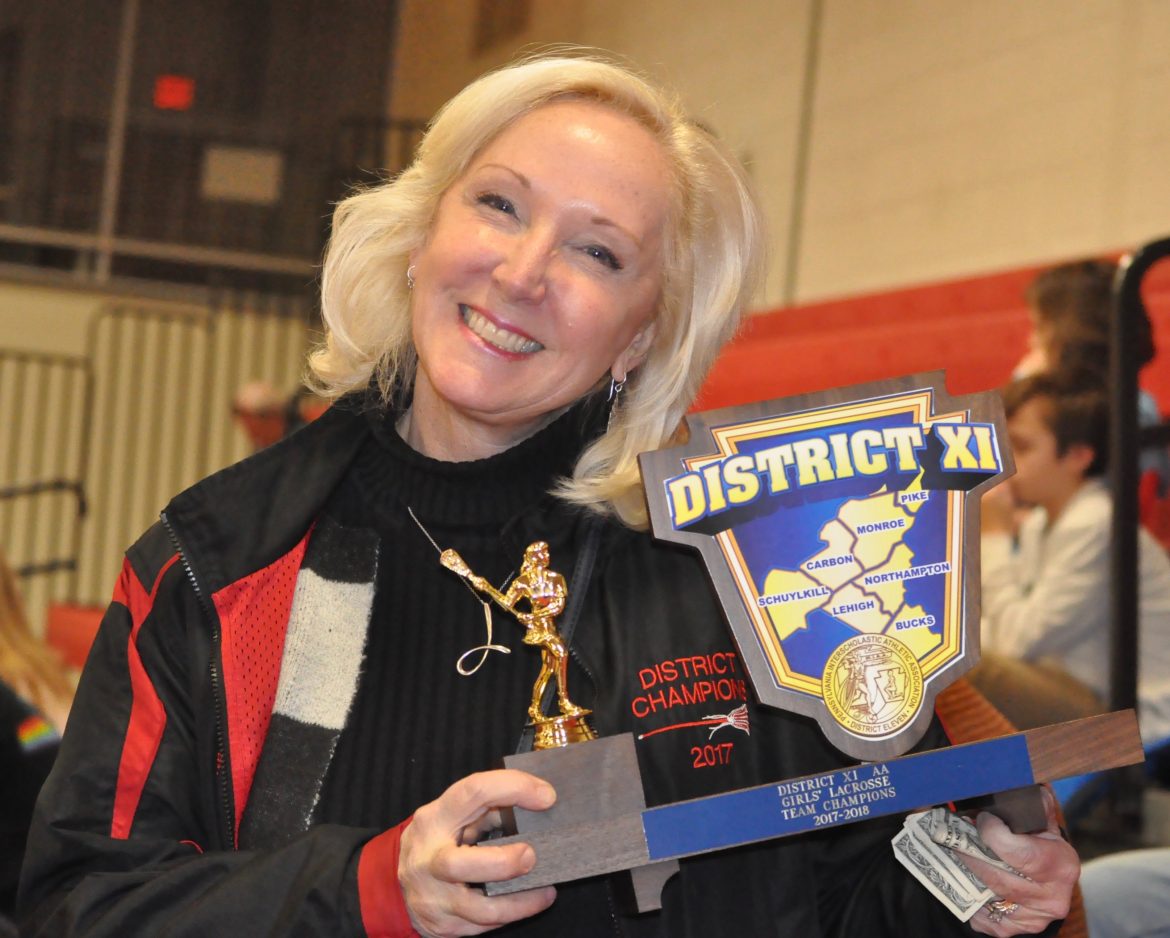 With the past efforts of the 2017 and 2018 teams immortalized on the gymnasium wall, the Lady Panther program now looks to the future.  “We are excited to get our special group of players back on the field,”  Hoff said of the upcoming season.  “Our journey moving forward to the District XI playoffs and the PIAA state tournament starts on March 4th.  We will take each practice day by day, and compete in each game with grit, determination and focus.  We are excited to see what they can deliver this year.  The sky is the limit, it’s an exciting time for lacrosse at Saucon Valley!” 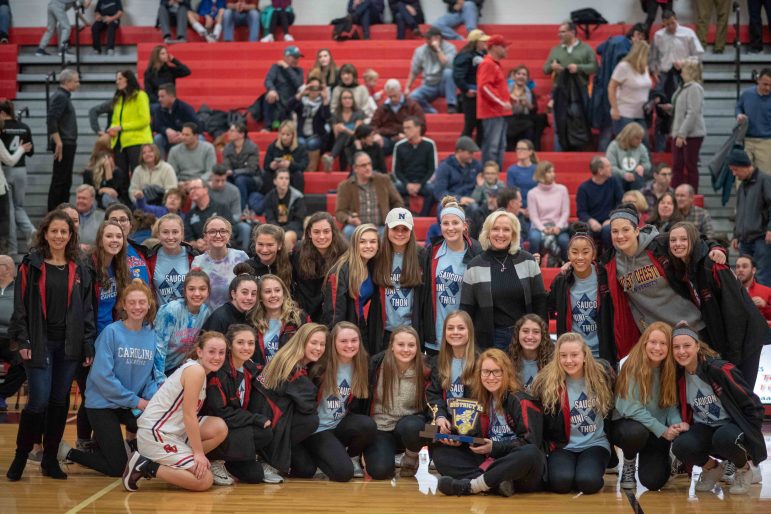