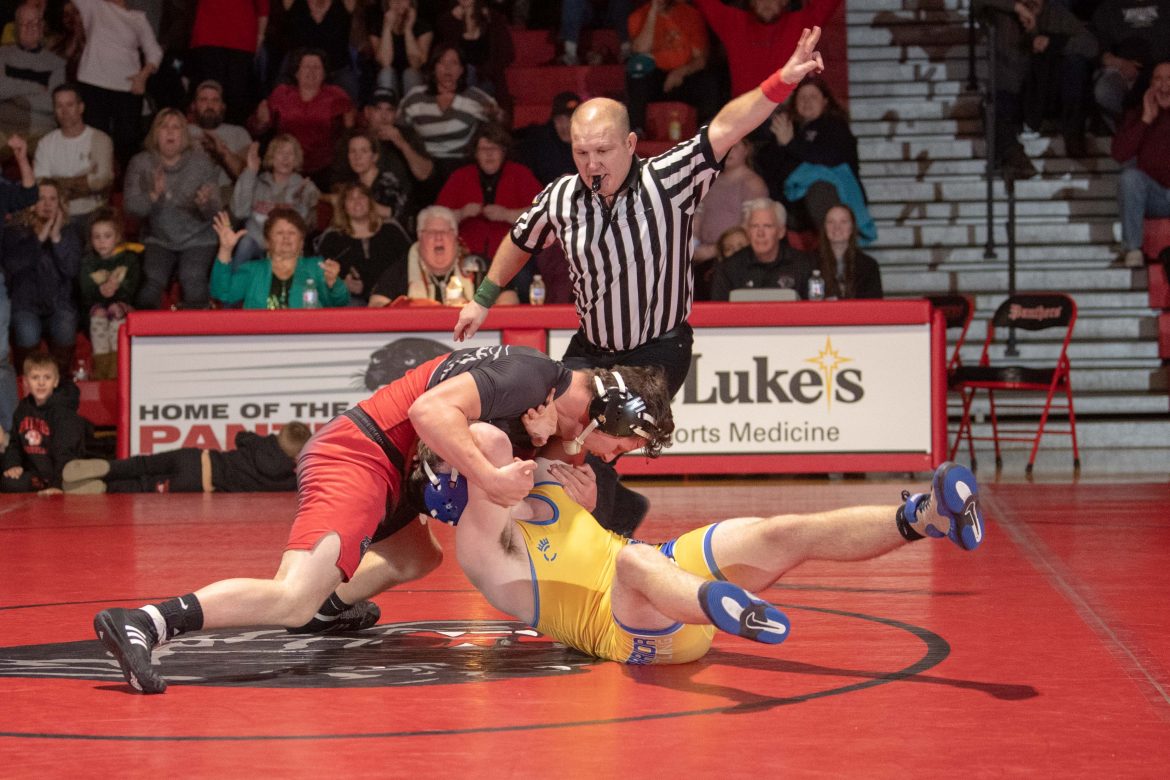 In dramatic fashion, Saucon senior Jarrett Hirschbeck gets a reversal and then finishes with a pin for the Panthers.

In recognition of his efforts against Wilson last Wednesday night, Coach Shirk named senior, Jarrett Hirschbeck (170) as SV’s wrestler of the match.  With his team facing a 27-25 deficit and trailing Wilson’s Cayden Trimmer 5-1 late in the third period, Hirschbeck kept fighting and was able to reverse Trimmer to his back for a fall.  The Panther gymnasium exploded with thunderous applause.  More importantly, Hirschbeck’s pin gave the Panthers a 31-27 lead with only two bouts remaining.  Braydyn Lugardo’s decision at 182 and Dane Csencsits’ pin at 195 sealed the victory for Saucon.

Below is a video clip of Jarrett Hirschbeck’s dramatic reversal and pin against his Warrior opponent.

The table is pretty much set for the 2018-19 Colonial League Championships on Monday, Jan. 28 at Catty.  Assuming Saucon (7-0) gets past Palisades (2-5) on Wednesday and that Northwestern Lehigh (5-2) can squeak by Catasauqua, then the following seedings should come to fruition.  However, a Northwestern loss to Catty would open the door for Catty (4-3) to claim the #4 seed. 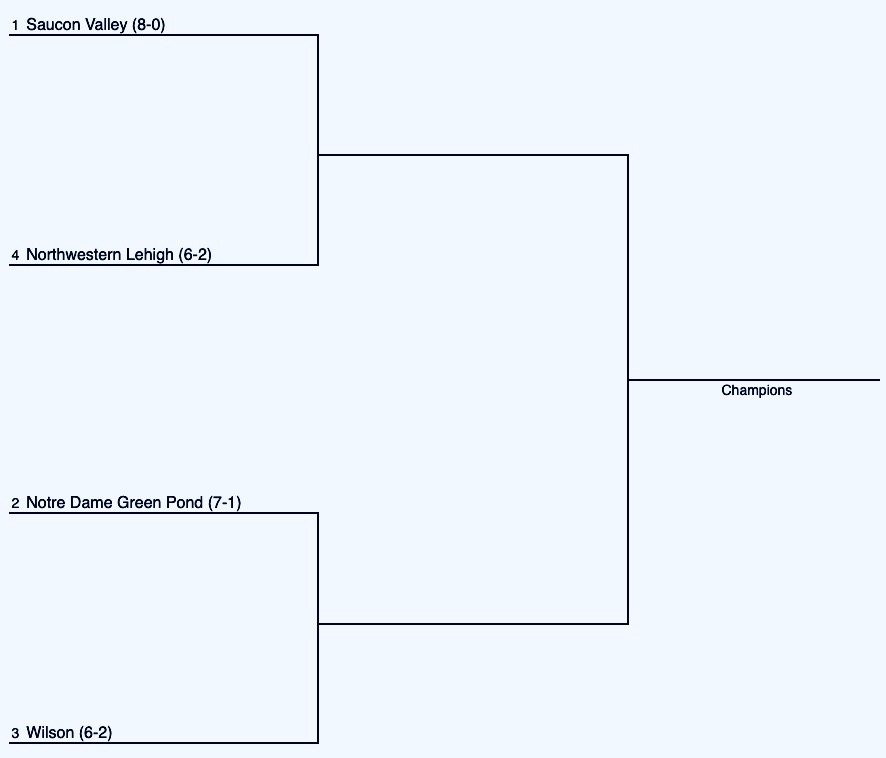 The #2 and #3 seeds appear locked as it will be Notre Dame or Wilson either way.  Notre Dame (6-1) and Wilson (6-1) will face-off in their league finale on Wednesday, Jan. 23.  The Warriors host the Crusaders and the winner will get the #2 seed and the loser #3.  The 2018-19 Colonial League championship is shaping up to be a thrilling double-header of relentless wrestling action! 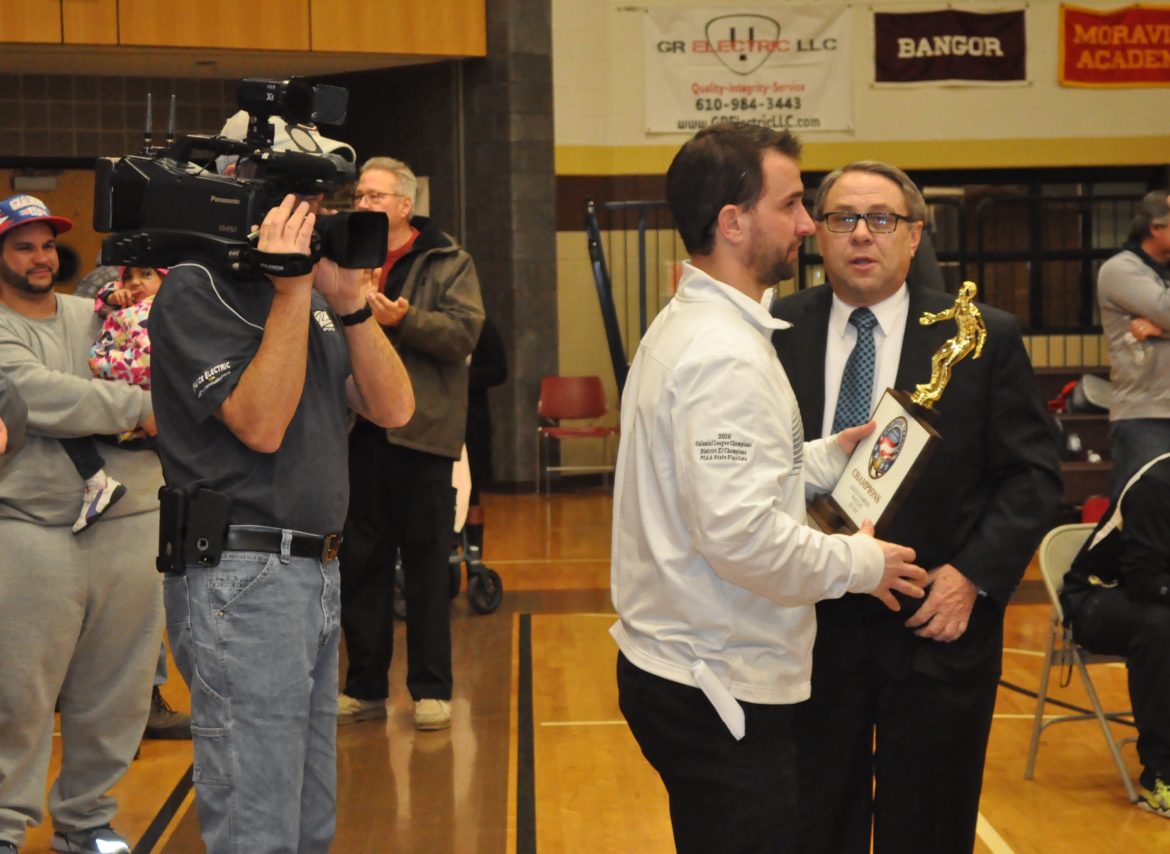 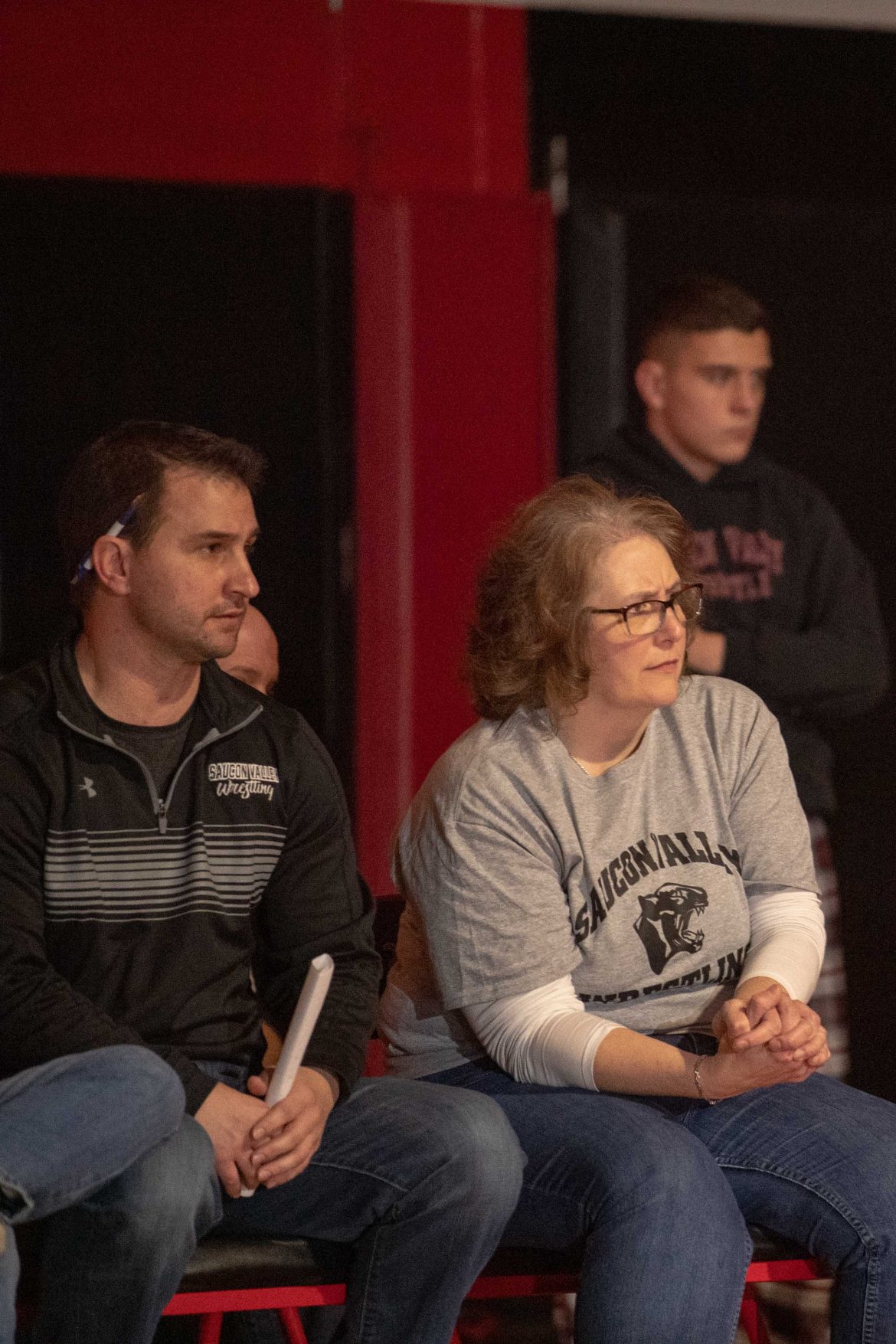 Up Next:  The Panthers will head back out on tour as they travel to Palisades on Wednesday night for the regular season finale against the Pirates (7 p.m.).  Palisades currently owns a 2-4 Colonial League record with wins over Salisbury (46-23) and Pen Argyl (33-32).  The Pirate losses have come at the hands of Bangor (48-25), Southern Lehigh (46-30), Notre Dame (53-19) and Catasauqua (37-36).  It is a safe bet Palisades will register a fifth loss to Wilson. 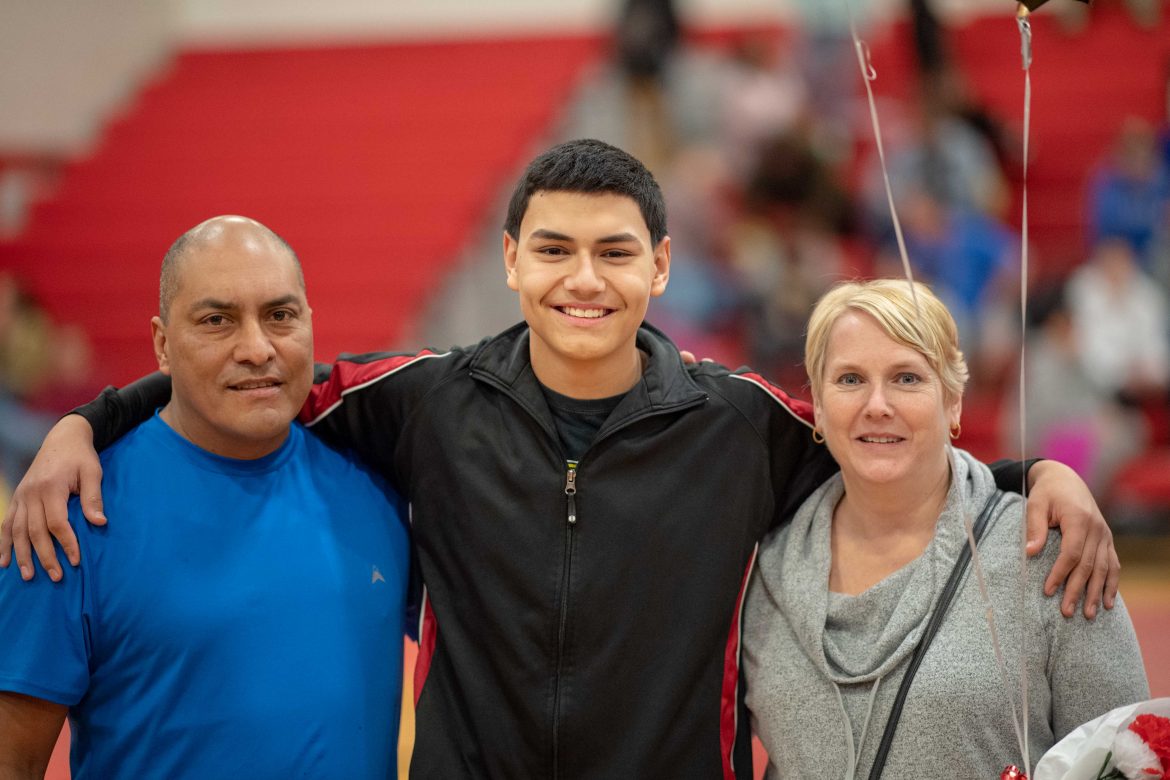 Kyle Coronado and his parents 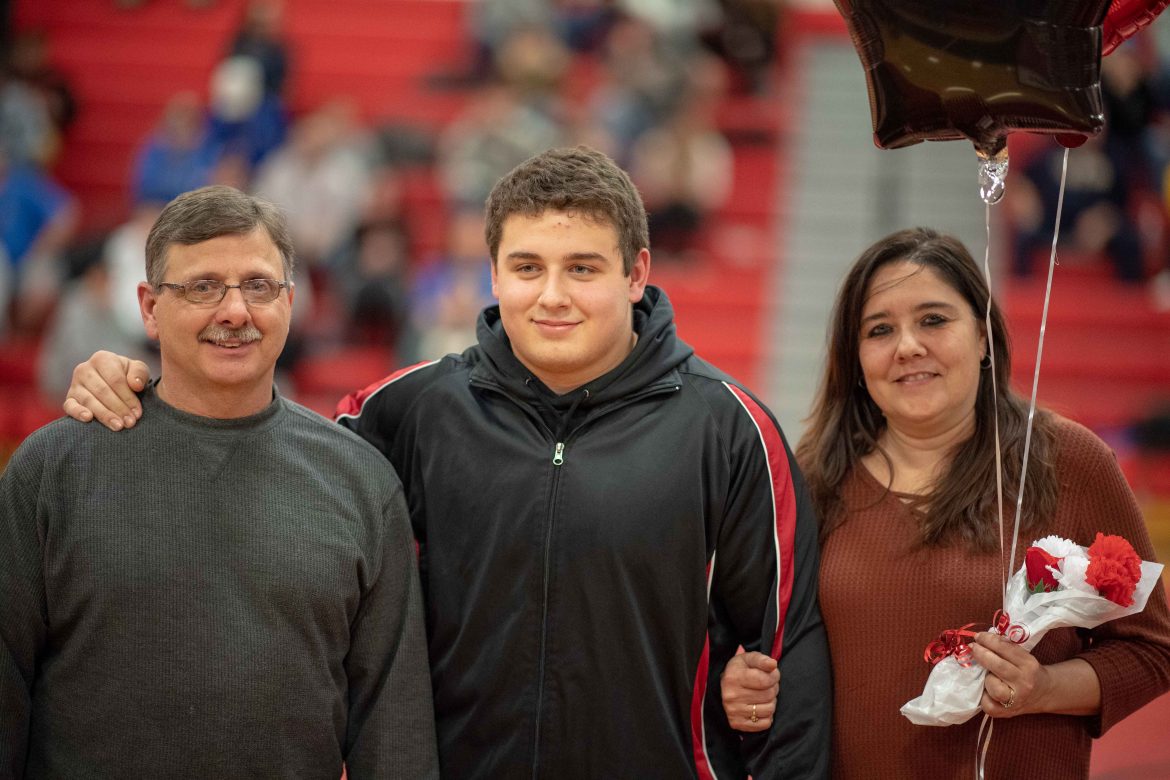 Jared Harka and his parents. 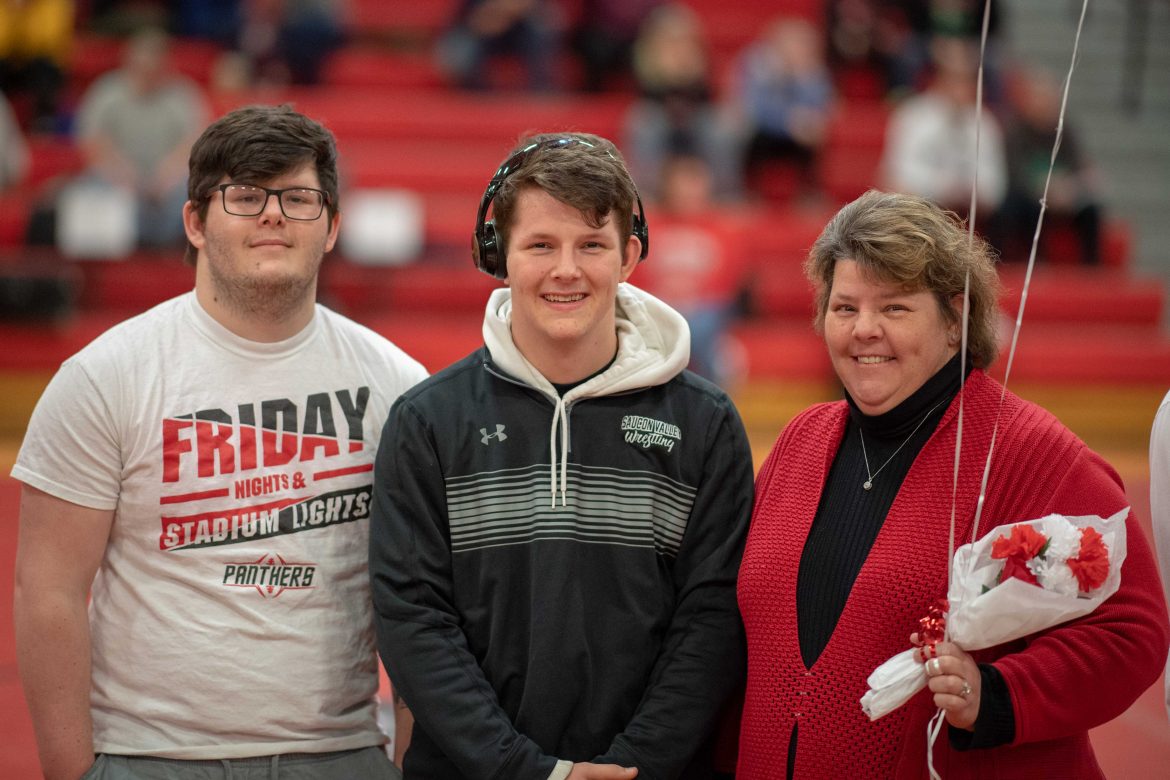 Jarrett Hirschbeck with his mom and brother. 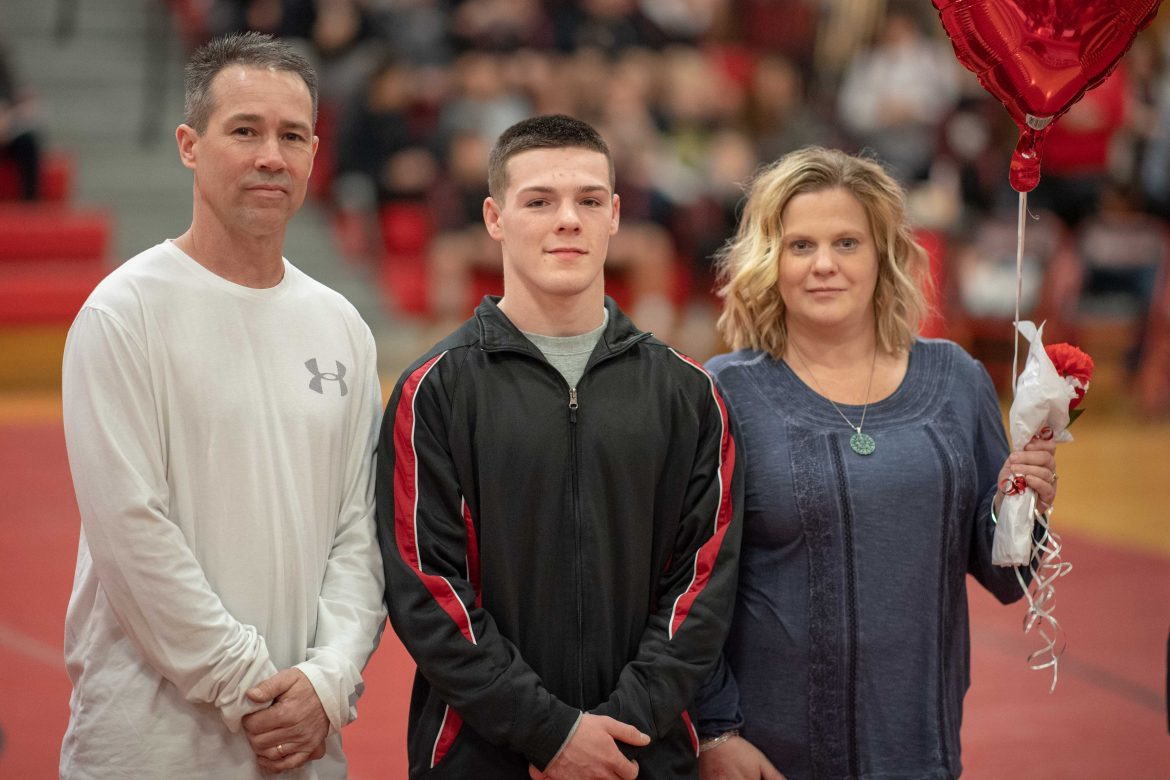 Josh Jones with his parents. 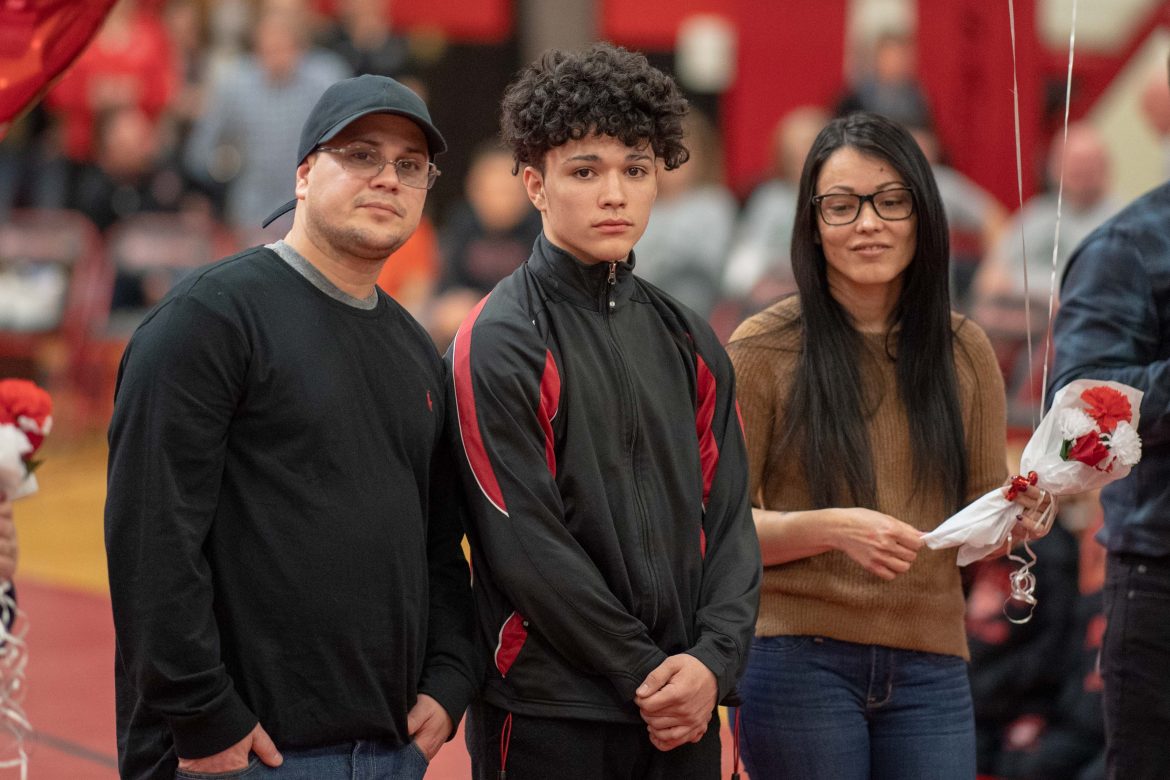 Carlo Ortiz and his parents. 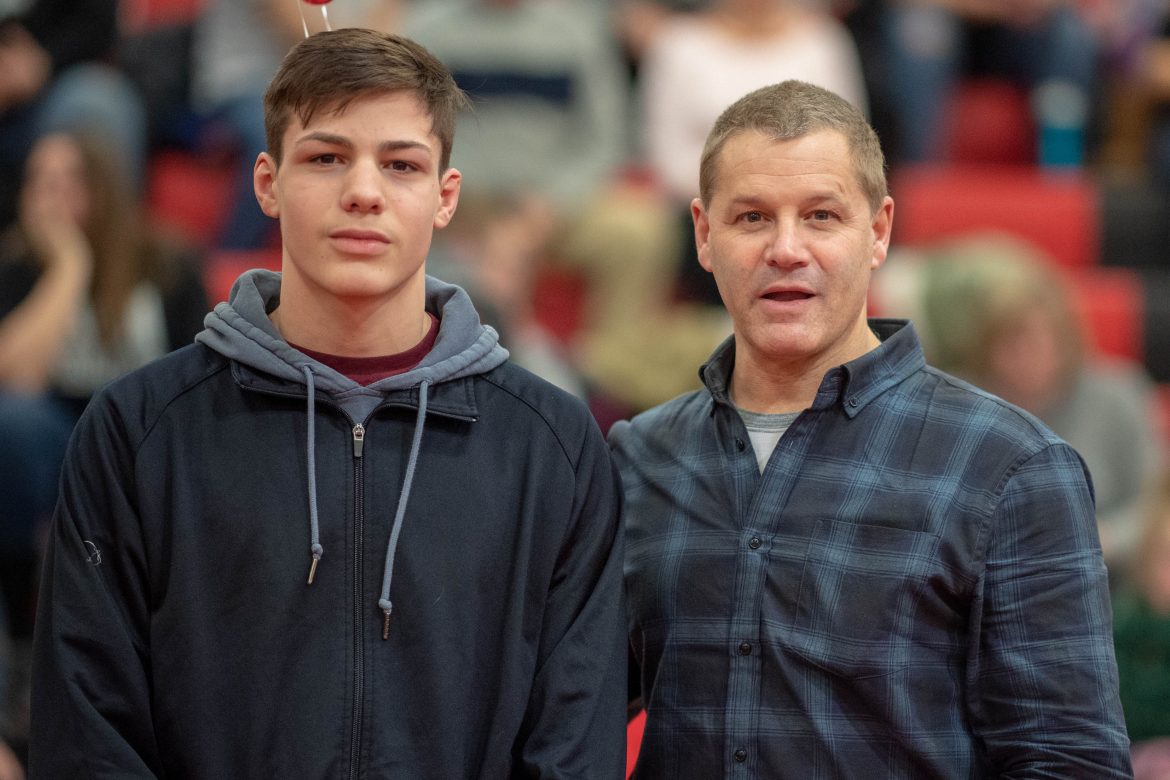 Nick Rosengrant with his father.

This Week in panther Wrestling