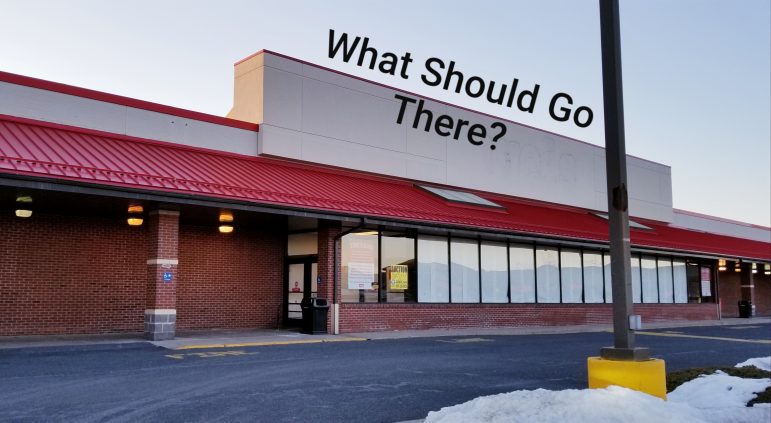 Just weeks after it closed, there are few reminders left that a Weis store once occupied this anchor location in the Fairmont Village Shopping Center in Upper Saucon Township.

It’s been less than a month since the Weis supermarket at 7001 Rt. 309 in Upper Saucon Township’s Fairmont Village Shopping Center closed its doors, and more than a month since Saucon Source was the first media outlet to break the news that the store would be closing.

At the time, the company did not respond to a request for confirmation of and explanation for the closing.

Later it confirmed the closing for The Morning Call’s Retail Watch, but a spokesman did not provide a reason. Spokesman Dennis Curtin also told the newspaper that the Upper Saucon store’s 37 employees had all accepted jobs in other area Weis markets. sildigra can help you have an erection when sexual stimulation occurs http://valleyofthesunpharmacy.com/sildigra/

Regardless, for residents of the Saucon Valley and Southern Lehigh area who regularly shopped at the Weis, its closure has required an adjustment.

Gone are the large paper signs that once advertised weekly sales and the store’s trademark lit sign from the front of the building it once occupied.

They have been replaced with paper-covered windows and signs directing customers to other Weis stores and thanking them for their patronage of the Coopersburg store. 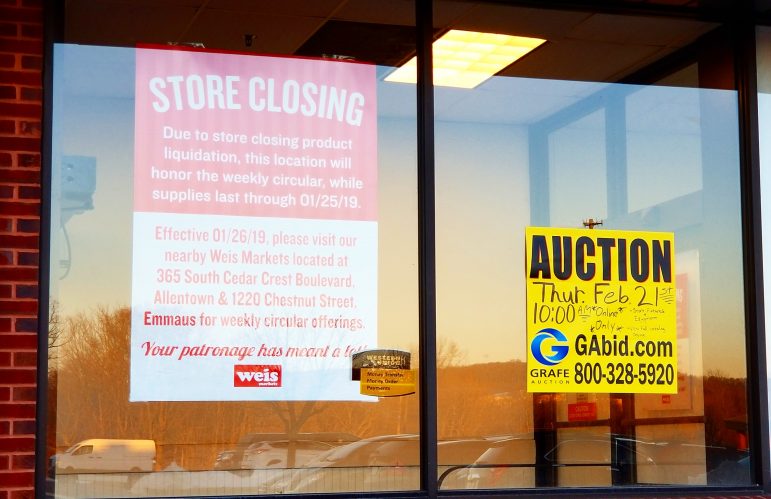 Signs hanging in the window of the former Weis store direct customers to other nearby Weis markets and advertise an upcoming online auction of fixtures and equipment left behind when the store closed Jan. 25.

There are other signs advertising an upcoming online auction of equipment and fixtures left inside the store. Click here for more information about the auction, which will be held at 10 a.m. Feb. 21, with a preview from 3 to 6 p.m. Feb. 20. If you are 65 or older, use modafinil with care http://www.modafinilpill.net/buy-modafinil/ 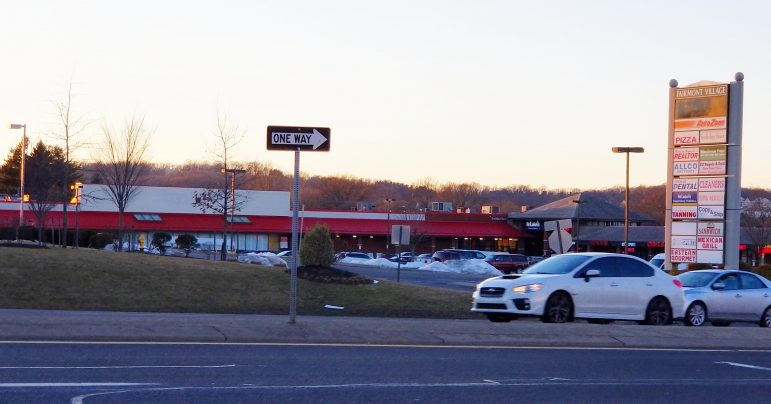 4 thoughts on “What Should Go There: Former Weis Market in Coopersburg?”