An eBike is equipped with an electric assist motor that allows users to enjoy the benefits of cycling even if they don’t have the physical stamina normally required to pedal a bike, said rail trail oversight commission member Steve LaBrake.

LaBrake, who owns Saucon Valley Bikes in Hellertown, has become familiar with eBikes as a bicycling enthusiast. He also sells and plans to rent them.

He told council there are misconceptions about them, especially regarding noise and speed. 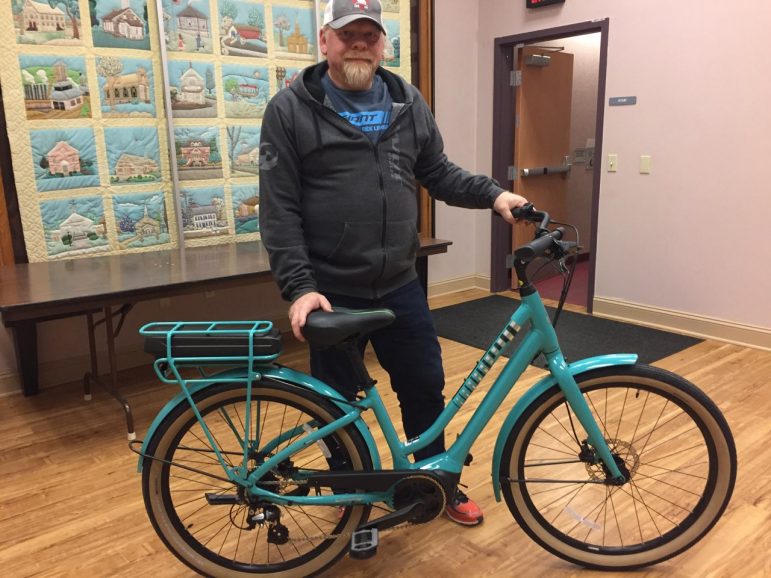 Since they are powered by electricity, eBikes are noiseless, and anything resembling one that’s causing a racket is likely a bicycle equipped with a gas-powered engine, he said.

Class 1 eBikes travel no faster than 20 mph, although two higher classes of eBike do allow riders to achieve greater speeds.

LaBrake said many riders of standard bicycles regularly travel at speeds of 15 to 18 mph, meaning eBikes are not noticeably faster than those that are solely human-powered.

In addition to opening up cycling opportunities to seniors, the disabled and mobility-impaired individuals, eBikes are becoming a popular choice for commuters, because they don’t require the level of exertion that could turn a nicely coordinated work outfit into a sweat-soaked mess by the time someone reaches their place of employment.

LaBrake brought an eBike to the council meeting, where it was displayed in the meeting room. 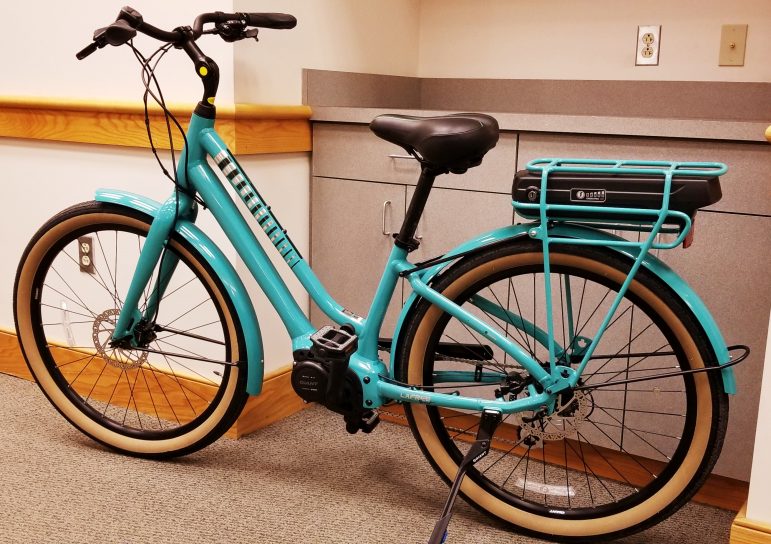 Since eBikes are similar in design to standard bicycles, LaBrake said many people have likely passed them on the rail trail without even realizing it.

Although technically prohibited on all parts of the trail until recently, he said many people were unaware of the prohibition, which does not extend to all motorized vehicles.

For example, it was noted that Lower Saucon Township’s rail trail ordinance has always made allowances for the use of motorized wheelchairs and Segways on the trail.

Council solicitor Linc Treadwell recommended that council simply amend the ordinance to also allow for the use of eBikes; a suggestion all but one council member supported.

Councilwoman Donna Louder expressed a concern about people who might seek to modify an eBike using aftermarket equipment available for purchase on websites like Amazon, in order to make it go faster.

She also said there is not a lot of gravel on the trail, and that there are obstacles like railroad ties along it that could be struck by someone riding an eBike.

“I would not compare that to a motorized wheelchair on any level,” Louder said. “To me there’s a safety issue.”

Council president Priscilla deLeon, however, said she agreed with LaBrake and believes the use of eBikes could be beneficial for seniors and the disabled, who otherwise might not be able to enjoy bicycle riding on the trail.

“We’re looking forward on this,” LaBrake said. He invited anyone interested in learning more about eBikes or taking one for a test ride to visit Saucon Valley Bikes.

He said he also hopes to discuss allowing eBikes on the trail with both the Upper Saucon Township Board of Supervisors and Coopersburg Borough Council in the future.

Built on a former railroad line and opened in 2011, the Saucon Rail Trail extends 7.5 miles through all four municipalities.

Future planned connections with the Bethlehem Greenway to the north and a trail in Upper Bucks County to the south would lengthen the local trail considerably.