Two community events scheduled to be held in early August will bring the Hellertown and Lower Saucon Township police departments as well as other local first responders together with the residents they serve and protect.

On Tuesday, Aug. 6, from 5 to 8 p.m., both police departments will host National Night Out in Dimmick Park in Hellertown.

National Night Out is an annual community-building campaign that promotes police-community partnerships.

According to the organization’s About Us page, “National Night Out enhances the relationship between neighbors and law enforcement while bringing back a true sense of community” and “provides a great opportunity to bring police and neighbors together under positive circumstances.”

National Night Out is a free, family-friendly event that is funded with donations from local businesses and residents.

Residents can look forward to food, attractions, games and demonstrations.

Some of the highlights of last year’s event were a water balloon fight with the police, a tug-of-war between police departments, face-painting, a DJ, fingerprinting for kids, and appearances by Sparky the fire dog and Silver the Arson K-9, who works for the Bethlehem police and fire departments. 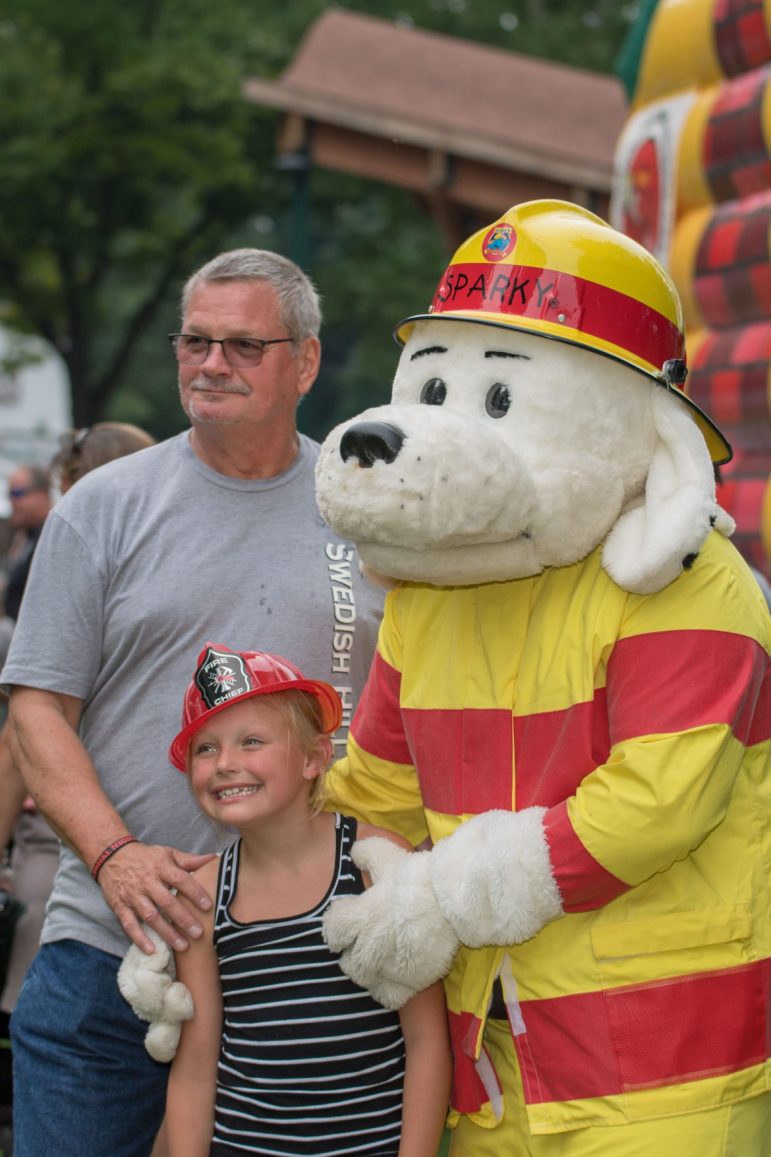 Sparky the Fire Dog poses for a photo at National Night Out 2018 in Hellertown’s Dimmick Park. (FILE PHOTO)

On Thursday, Aug. 8, the Hellertown and Lower Saucon Township Police departments are inviting the community to go on a bike ride with their officers along the Saucon Rail Trail.

The Bike Ride With The Police will help promote bike safety and demonstrate to young people that the police are approachable and friendly, organizers said.

The ride will begin and end at Water Street Park in Hellertown. The Reading Drive trailhead in Lower Saucon Township will be the turnaround point.

Registration for the rain-or-shine ride–which organizers stressed is not a race–will be at 5:30 p.m.

Children under 12 must be accompanied on the Bike Ride With The Police by an adult.

At the conclusion of the ride there will be ice cream for all participants, courtesy of the Heintzelman family. 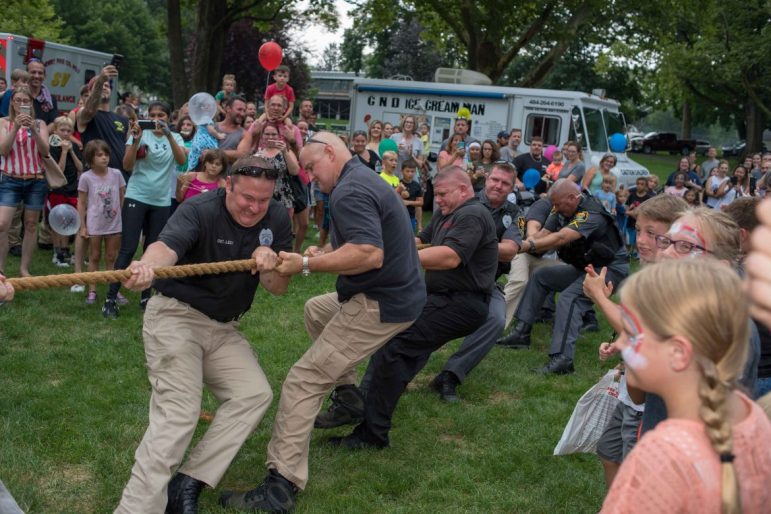