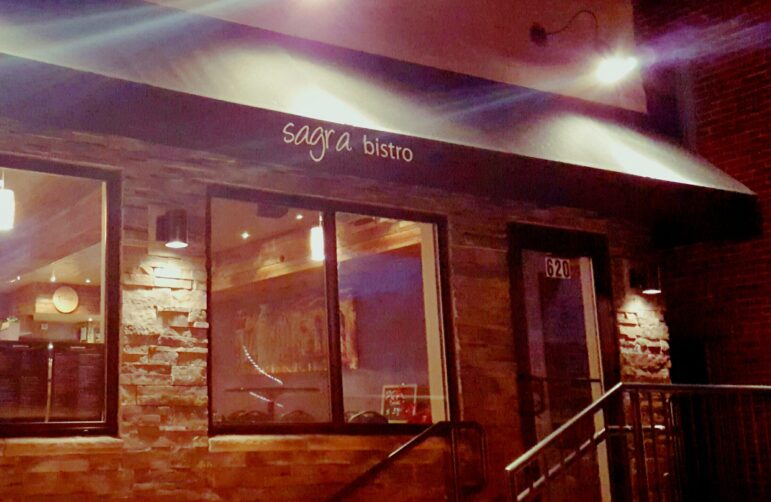 Sagra Bistro has been located at 620 Main St., Hellertown, for the better part of 11 years. The restaurant has undergone several significant changes since it first opened in 2008. Originally owned and operated by Robyn Cavallaro and her partner, Cavallaro ultimately became the sole owner of the business, which expanded to include a second coffee shop location in South Bethlehem last year. FILE PHOTO

A restaurant that has been a mainstay dining destination in downtown Hellertown for the better part of 11 years has announced that it is closing its doors following dinner service Aug. 10.

Owner Robyn Cavallaro announced in social media posts and via an email to subscribers Thursday that Sagra Bistro at 620 Main Street will serve its last signature Bubble Burgers and Cheese Tortes in a little over a week.

The restaurant was also well-known for its filet mignon and custom catering.

Cavallaro said she is selling the restaurant and a coffee shop–Sagra Beans–which she opened in South Bethlehem last year in order to move to Florida to be closer to her family.

“Thank you for 11 amazing years,” she wrote. “It has been my honor and pleasure to serve you all.”

She stated in the email she is working closely with prospective buyers for both the restaurant and the coffee shop, which is currently closed.

Sagra Bistro was originally owned and operated by Cavallaro and her former partner, Jim Zebert.

Cavallaro became the sole owner several years ago, about a year after the restaurant reopened following major renovations.

The impetus for the renovations was an accident in which a vehicle struck the front of the building while the restaurant was closed. At the time, Cavallaro and Zebert said they had turned a negative into a positive by using the downtime to expand the Sagra Bistro bar area, reinvent the menu and give the dining room an updated vibe.

On Facebook Thursday, customers shared mixed emotions in response to the news that one of their favorite eateries will soon be closing.

“Your restaurant has been a wonderful addition to the town and we have always enjoyed our dining experience at Sagra,” commented Angelique Sinka on Facebook. “Best of luck to you.”

“We will miss you terribly but (are) so happy for you that you will be near your family,” added Brenda Rosado.

Ultimately, Cavallaro noted in her email, “this is all great news for me and my family. I am off to a new career in the Sunshine State!”