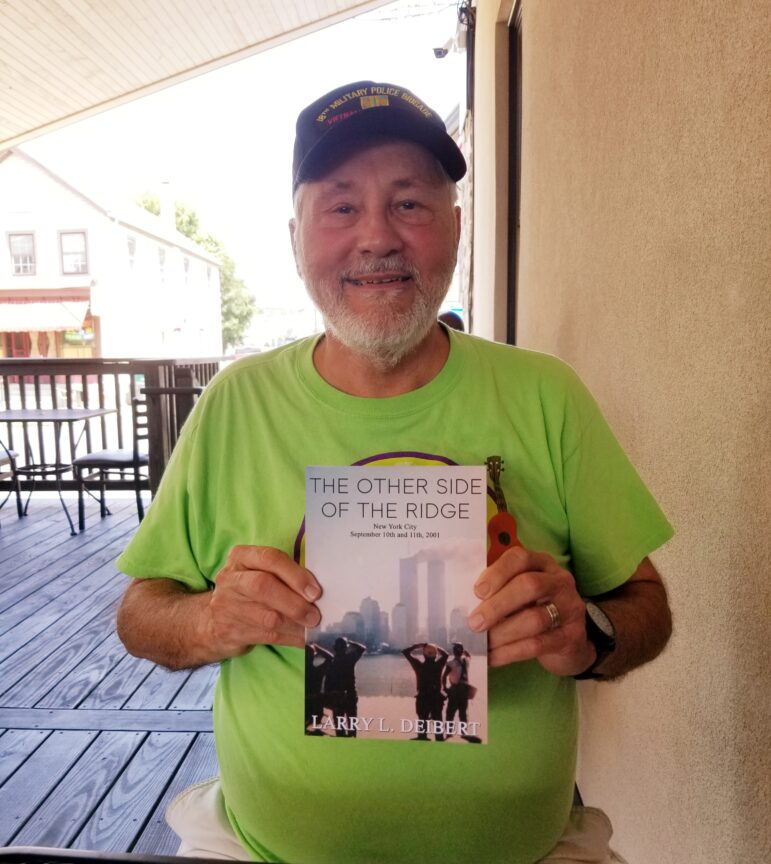 It’s easy to understand Larry Deibert’s love for history once you begin to read his work.

The Lower Saucon Township author has written about many periods in American history, including events through which most of us have lived. That’s the case with his latest effort, The Other Side of the Ridge: New York City, September 10th and 11th, 2001, which completes a ‘Ridge’ trilogy that takes readers back and forth in time to the Battle of Gettysburg and New York in the early 1930s.

Other books by Deibert have chronicled different periods, and have often featured paranormal plot lines.

“I really did have dreams of becoming a history teacher,” Deibert admitted during a recent interview in Hellertown.

History was his favorite subject in high school, he said, and he would have studied it in college had he been able to attend.

“It was kind of a gut punch” when he realized his family’s finances would not allow him to do that, he recalled.

Instead of college, Deibert joined the Army and served in the Vietnam War.

He later became a letter carrier for the United States Postal Service, but he never gave up his interest in history. Instead, he found a new way to channel his enthusiasm for it by writing books.

In the third installment of The Other Side of the Ridge, time traveler Brig. Gen. Daniel Rodin (Ret.) has already survived the Battle of Gettysburg and disappearing from a warehouse in the Big Apple in 1930. He emerges from those adventures to find himself standing on a New York City street, staring at the towers of the World Trade Center–less than 24 hours before the buildings are attacked on September 11, 2001.

Rodin knows he needs to somehow stop the terrorist attacks that are about to happen, but is also burdened by the knowledge that he might not be able to.

If a premise that dramatic doesn’t intrigue you, Deibert surely has many more plots–and twists–up his author’s sleeve, although not for Daniel Rodin.

“I think I’m done,” he said. “I think the way I ended it, that there isn’t any way I could continue on (with the series).”

What’s next for Deibert, who has written more than a dozen books and shows little sign of slowing down?

His current project involves rewriting and editing his first novel, Requiem for a Vampire, which he wrote in 1999 but didn’t publish until 2007.

“Through the books I get a little bit of a release,” he said.

For updates and information about his other books, visit Deibert’s website and follow him on Facebook, where he is promoting a different book he has written each month.

In December, he is looking forward to highlighting his three Christmas-themed books, including his 2016 children’s book Santa’s Day Jobs, which along with most of his other work is available for purchase via his Amazon author page.