We must be nearing the home stretch of the 2020 presidential campaign season, because police are investigating more campaign flag thefts than have occurred in recent memory.

Pennsylvania State Police at Belfast are among the local or regional law enforcement agencies now investigating flag or sign thefts, which have also occurred recently in Hellertown borough, Haycock Township and Nockamixon Township.

In news releases Friday, they said one of the thefts occurred at a home in the 400 block of Bougher Hill Road in Williams Township.

Police said the owner of a Trump flag and a thin blue line flag flown to show support for police reported their theft from his driveway around noon Aug. 29.

They added that the flags’ value is approximately $35.

In a separate incident out of Martins Creek, Lower Mount Bethel Township, troopers from the Belfast barracks said they are investigating the theft of signs put up to show support for Democratic presidential candidate Joe Biden.

In that case police said two neighbors on Front Street had “This Is Biden Country” political yard signs stolen and vandalized.

After the signs were removed sometime during the overnight hours of Sept. 2-3 police said they were returned with “TRUMP” spraypainted across them on the morning of Sept. 4.

Anyone with information about the sign/flag theft cases being investigated by troopers at the Belfast barracks is asked to call 610-759-6106.

In Hilltown Township, Bucks County, the sign thefts that have occurred recently have involved signs that display support for the local police department, which serves the township and Silverdale borough.

In a post on their department’s Crimewatch page last week, police said there has been a “series of thefts of the ‘Support Our Police’ signs displayed by residents throughout the township” as well as “a number of political signs and support signs for a proposed development stolen.”

“These thefts are unacceptable and do not qualify as a legal expression of the First Amendment right to free speech, regardless of your opinion,” police said. “Hilltown Police will pursue criminal charges for theft and related offenses for anyone found to have taken these signs.”

“We greatly appreciate those in the community that have proudly displayed the ‘Support Our Police’ signs,” they added. “We also recognize and respect that there are differing opinions and will staunchly defend the right of any person to express their opinion, regardless of where they may fall along the political spectrum.”

To share information with Hilltown Police, use their tip line on Crimewatch. 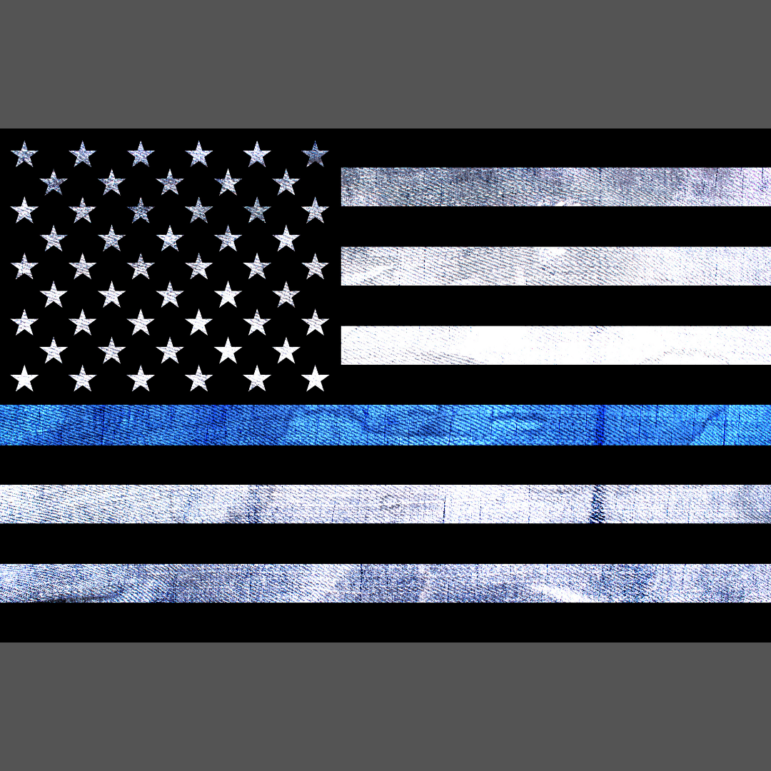 In addition to political campaign signs, police say some thieves have been targeting objects that for some people carry political connotations, such as “Support Our Police” signs and thin blue line flags.