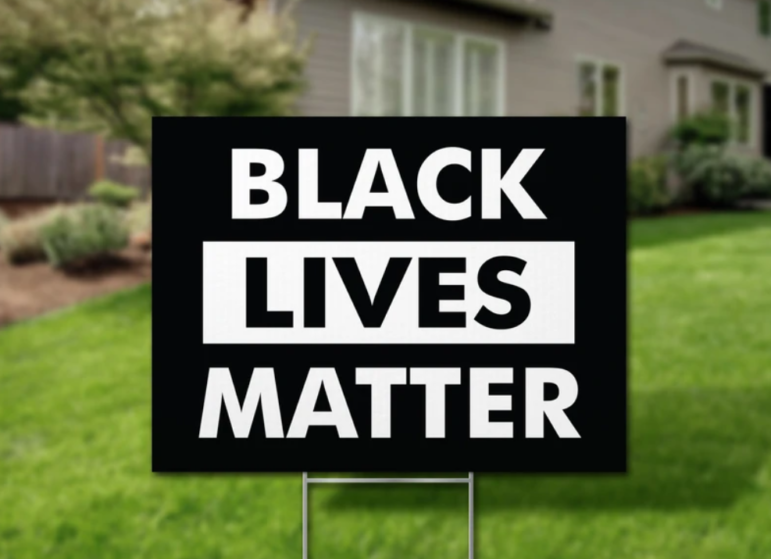 An example of a yard sign used to advertise support for the Black Lives Matter movement. Pennsylvania State Police at Dublin say a sign similar to this one and a Biden sign were stolen from the front yard of a Kintnersville home earlier this month.

Not far from the area in which a Trump flag was recently burned and another was stolen police say a campaign sign promoting Democratic presidential candidate Joe Biden as well as a sign in support of the Black Lives Matter movement were reported stolen.

In a news release Sunday, state police from the Dublin barracks said that on Aug. 17 they took a report of two stolen yard signs from a 58-year-old resident of Stony Garden Road, in the Kintnersville section of Haycock Township, Bucks County.

Dublin state police said an investigation into the incident is ongoing.