Bucks County authorities Wednesday announced the arrest of a hunter in the shooting death of an 18-year-old man at Nockamixon State Park in late October.

The death of Jason Albert Kutt of Sellersville rattled the normally peaceful, rural area around the park, and prompted an intensive two-month investigation that ultimately led police to Kenneth Troy Heller, 52, of Warminster, the Bucks County District Attorney’s office announced. 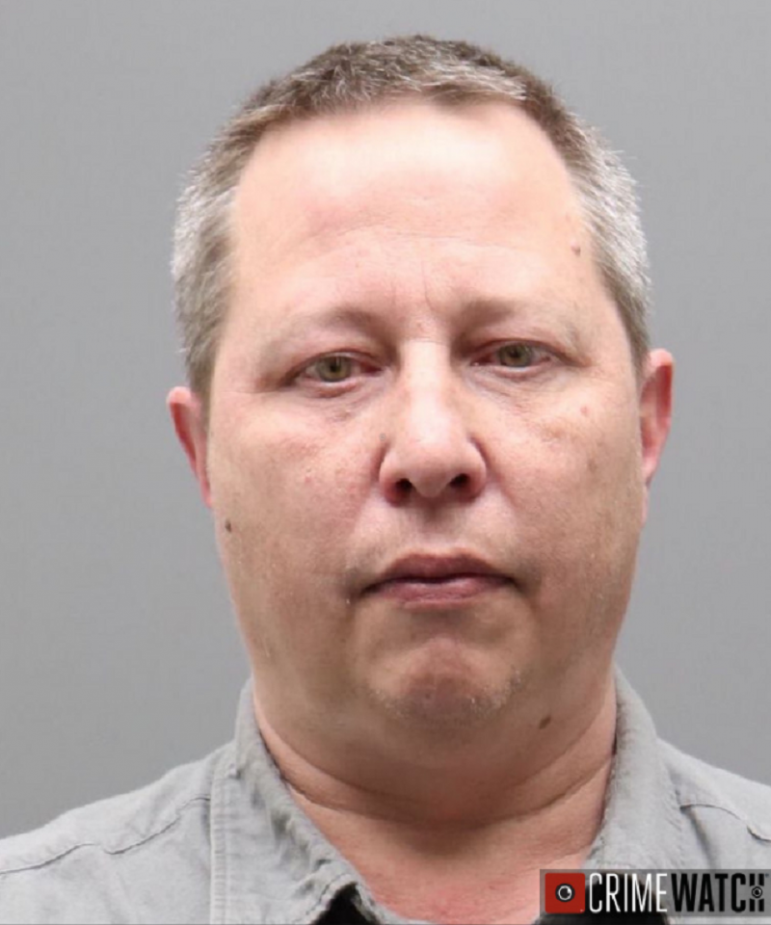 “Clearly this isn’t a perfect ending,” said District Attorney Matthew Weintraub at a news conference, details of which were shared online. “Perfect would mean we have Jason back. But that’s just not how real life works, that’s not how criminal justice works, so this isn’t even really a happy ending, but it is a fair and a just and a final ending.”

According to the department’s news release on Crimewatch, Heller was identified thanks to eyewitness descriptions of three different vehicles seen near the lakeside shooting scene, one of which turned out to belong to him.

Authorities did not specifically say what Heller was doing at the lake the day of the shooting.

However, speculation that a hunter may have been involved in Kutt’s death arose shortly after the district attorney’s office began its investigation. That speculation was fueled at least in part by a statement by Kutt’s girlfriend gave to police, in which she reported having seen a man wearing an orange vest–which she described as hunting apparel–near the yellow gate at the Old Ridge Road access to the park.

Authorities said the gate is about 550 feet from the spot where Kutt and his girlfriend were sitting–waiting for the sun to set–when he was shot once in the back of the head.

Kutt’s girlfriend has not been publicly identified by authorities because she is a minor. 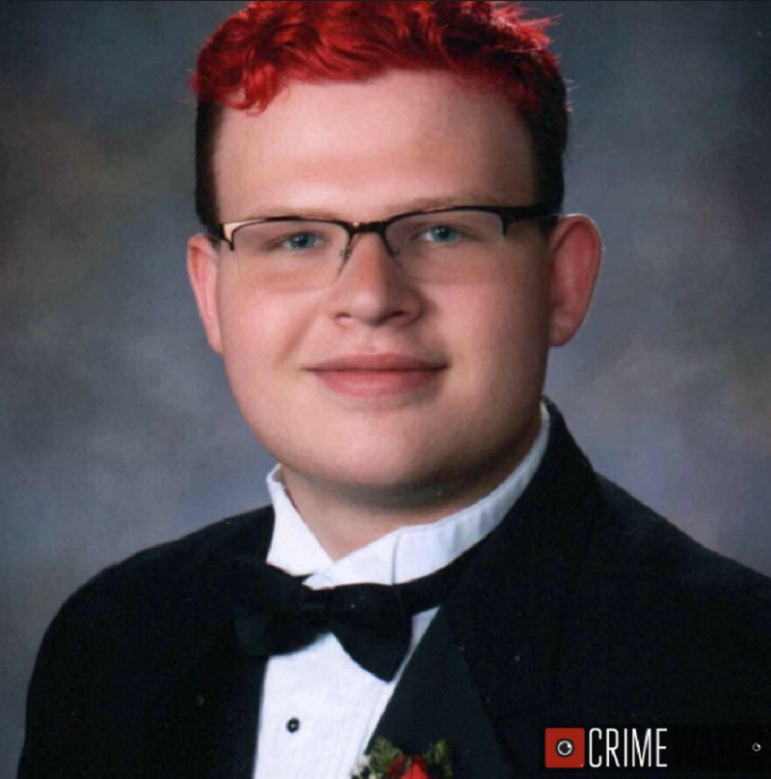 Jason A. Kutt, 18, of Sellersville was killed as he sat lakeside at Nockamixon State Park on the afternoon of Oct. 24.

The shooting occurred across from the Lake Nockamixon marina around 5:15 p.m. on Saturday, Oct. 24, and Kutt was pronounced dead at a local hospital two days later.

Heller didn’t report to work that Monday, according to co-workers Bucks County detectives later interviewed. When he returned to his job Tuesday, they recalled that he “was visibly ‘shook up,'” the news release indicated. “The co-workers also told detectives that shortly after the shooting Heller gave away guns, ammunition and hunting gear.”

Detectives searched Heller’s vehicle and home on Dec. 10 and located a .17-caliber Marlin rifle, ammunition for the rifle and an orange hunting vest with a 2020 hunting license issued to him affixed to the back of the vest, the news release said. Detectives also reported finding metal knuckles with a dagger attached to them in Heller’s home.

On Tuesday, Bucks County detectives reportedly met with Heller, who was accompanied with his attorney. “He admitted to firing his .17-caliber Marlin rifle–the one located during the Dec. 10 search–from the area of the gate on Old Ridge Road shortly after 5 p.m. and that the projectile from his rifle struck and killed the victim,” according to the criminal complaint filed in the case. “Heller also admitted that he made no attempts to inform authorities that he took the fatal shot, according to the complaint.” 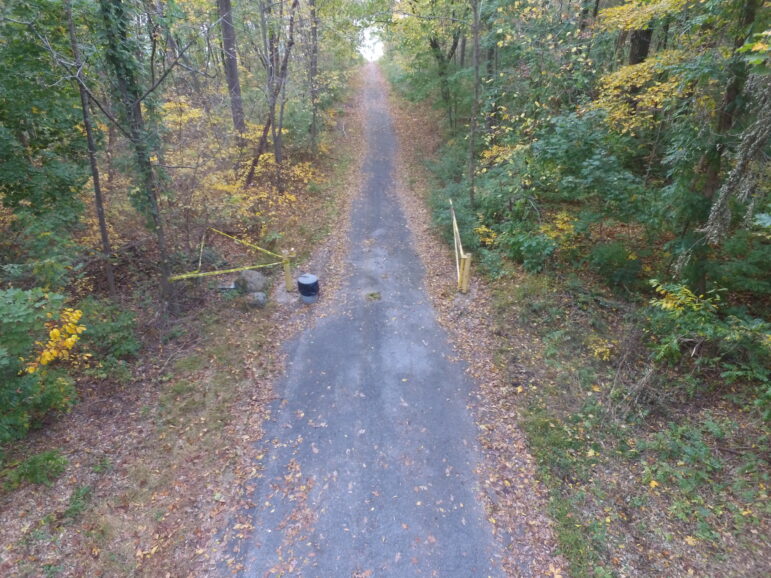 The Bucks County District Attorney’s office previously released this drone photo of the Old Ridge Road access gate where Jason Kutt’s girlfriend said she saw a man wearing hunting apparel around the time of his shooting on Oct. 24. On Wednesday, DA Matthew Weintraub identified that man as Kenneth Troy Heller, who has been charged in Kutt’s death.

Weintraub commended the work of county detectives and several first responders who assisted in the investigation, search and initial response to the shooting.

Heller was charged with criminal homicide, recklessly endangering another person, possession of an instrument of crime, possession of a prohibited offensive weapon and two hunting law violations following his surrender to authorities Wednesday.

The news release indicated that was then arraigned by District Judge Gary Gambardella, who sent him to Bucks County Correctional Facility without bail.

Heller waived his preliminary hearing and his next scheduled court date is his formal arraignment in April, which he also agreed to waive, the district attorney’s office said.

Weintraub said Heller has agreed to plead guilty to involuntary manslaughter and the remaining charges on his first scheduled trial listing.

He specifically credited Bucks County detectives Timothy Campbell and Michael Walp for their “tireless” work on the case, which involved tracking down the three vehicles witnesses identified. 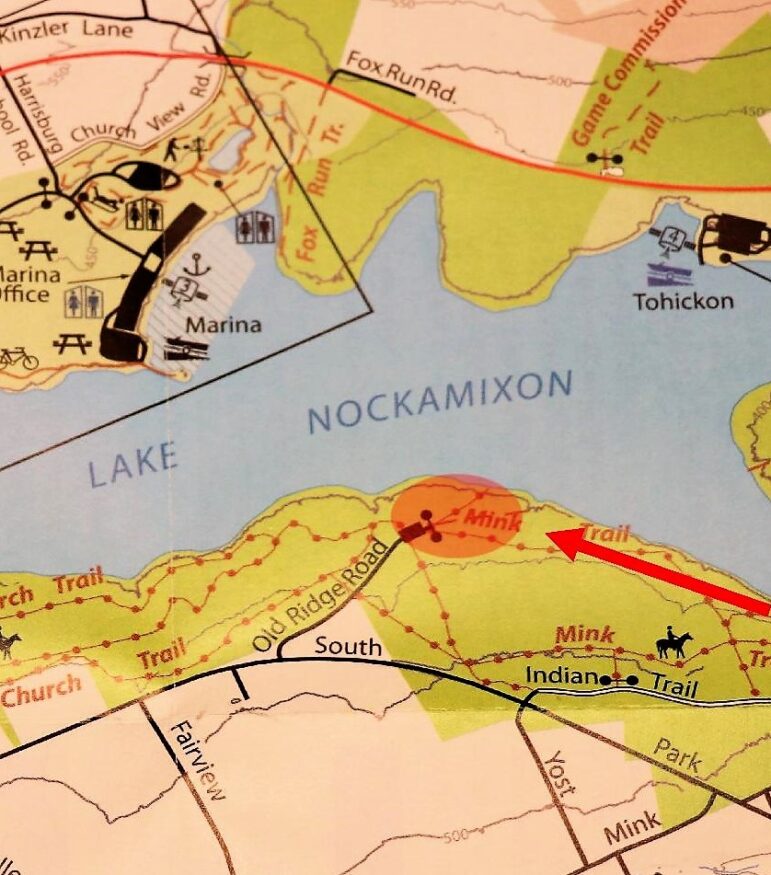 Bucks County Detectives previously released this cropped image of a map of Nockamixon State Park as part of their investigation. The map pinpoints where Jason Kutt, 18, was shot on Saturday, Oct. 24. Kutt and his girlfriend were sitting along the south edge of the lake, near the Old Ridge Road access to the park, when he was shot once in the back of the head.