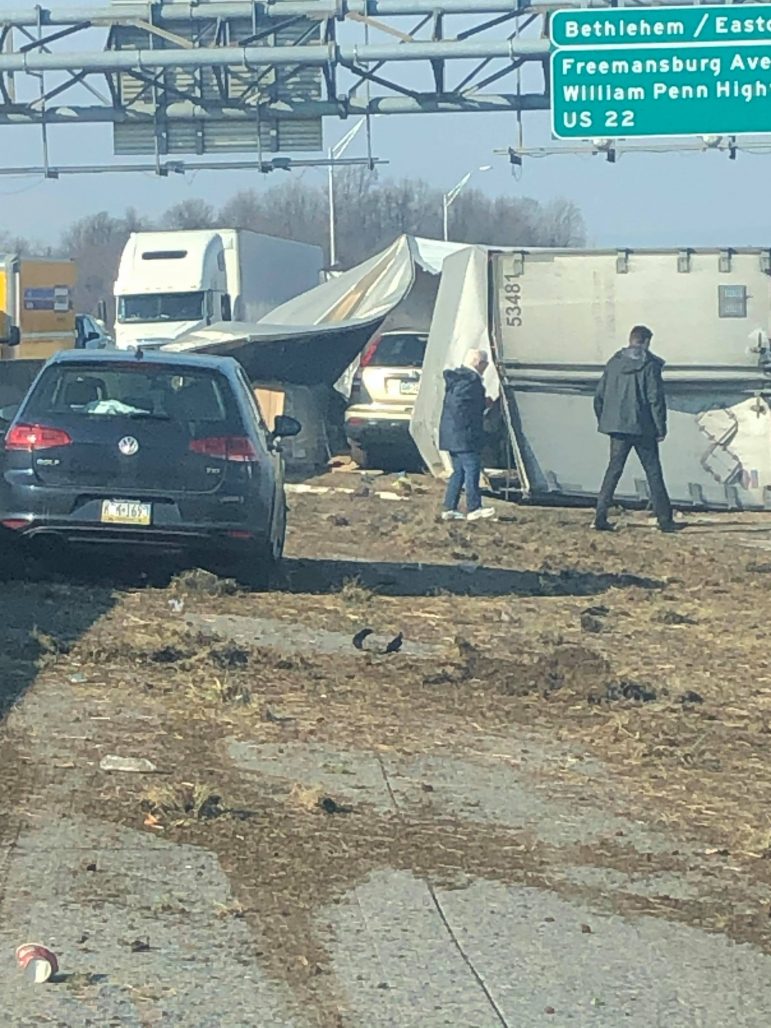 Witnesses and the driver of a vehicle survey damage following an accident involving a tractor-trailer and an SUV on Rt. 33 northbound just before the Gene Hartzell Memorial Bridge. The wreck occurred shortly after 1 p.m. Tuesday, according to an eyewitness who was traveling behind the vehicles when it happened. There did not appear to be any injuries, she said.

Motorists should expect delays on Rt. 33 north at I-78 in Lower Saucon Township due to an accident involving a tractor-trailer and a car that occurred early Tuesday afternoon.

An eyewitness to the wreck–who was traveling behind it–said the driver of the tractor-trailer appeared to lose control before flipping over.

The truck “split in half and the first car in the left lane ended up inside,” the witness said.

She added that the driver of the SUV that ended up “inside” the flipped big rig was able to exit her vehicle and walk away from the scene, no doubt shaken by what had just happened.

The crash occurred where the exits from I-78 eastbound and westbound merge onto Rt. 33 north just before the Gene Hartzell Memorial Bridge, which spans the Lehigh River.

There have been several accidents involving tractor-trailers and trucks on or near I-78 in Lower Saucon Township in recent months. 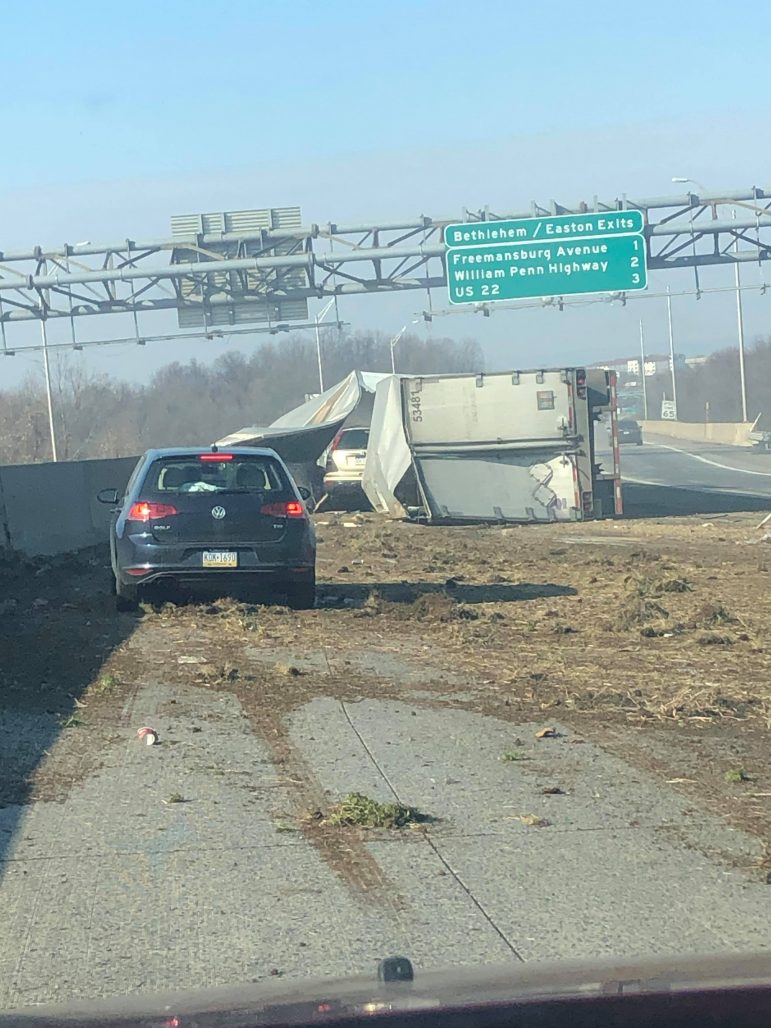 A different view of the accident scene shows the truck that overturned and broke apart, spilling its contents onto the highway and partially swallowing a small SUV that was directly behind it. Motorists should expect traffic delays in the area.