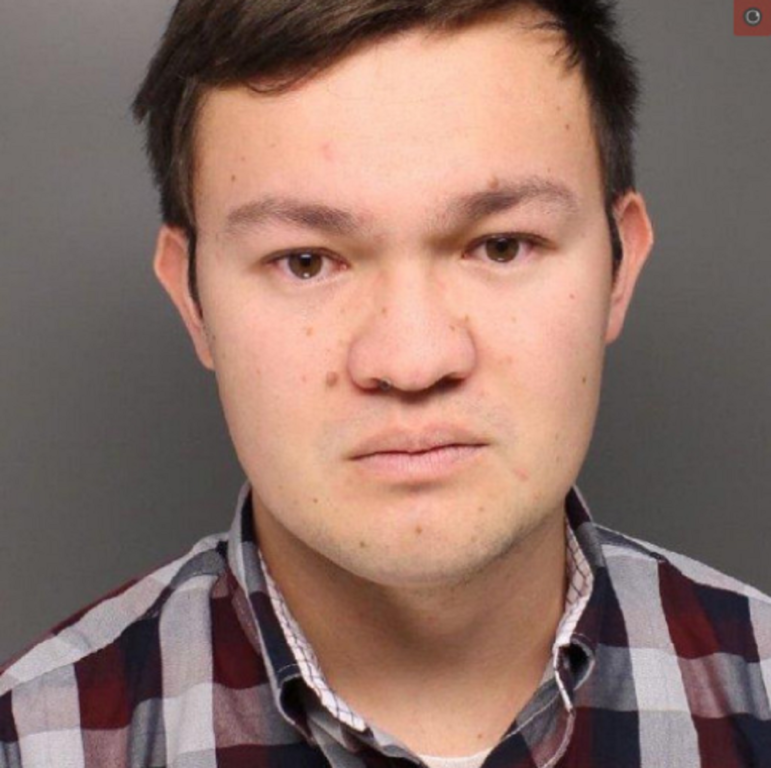 Francis James Reppert Jr., 27, of Quakertown, pleaded guilty in October to taking upskirt photos of students while he was employed as a teacher at Palisades High School. He was sentenced to one to two years in jail Monday. (FILE PHOTO)

A former Palisades High School teacher was sentenced to approximately one to two years in jail Monday for taking upskirt photos of female students.

Twenty-seven year-old Francis James Reppert Jr., of Quakertown, who once taught math and coached tennis at the school, was caught in late 2019 secretly taking photographs up the skirts of female students and sharing the photos online.

He pleaded guilty to indecent exposure and invasion of privacy on Oct. 6.

“I live with the fact that photos of me can still be floating around the Internet or on someone’s phone,” one of the girls told the judge, who determined that under Megan’s Law Reppert will have to register as a sex offender for at least 15 years upon his release.

After serving one year less one day to two years less one day in the Bucks County Correctional Facility, Reppert will be on probation for two years, McHugh decreed.

The judge also ordered Reppert to pay $2,447.68 toward the Victims Compensation Assistance Program, to help cover the cost of therapy for the victims.

“When we send our kids to school we are supposed to know they are safe,” said Deputy District Attorney Matthew Lannetti, who argued for a sentence at the higher end of guidelines due to the trauma suffered by the victims and Reppert’s abuse of his position of authority. “Other than being home with their families, there is no safer place to be.”

The news release from the district attorney’s office noted that under current Pennsylvania law, it is difficult to impose harsh sentences on offenders found guilty of taking upskirt photos, because the offense is classified as a misdemeanor.

Since Reppert’s arrest, local lawmakers have proposed legislation that would lead to stricter penalties on “upskirting” cases, particularly when the victims are minors and the defendant is a teacher.

“While Mr. Reppert’s conduct was taken seriously by the court in its sentencing, the court was limited by the constraints of the law as written,” District Attorney Matt Weintraub said. “We are currently working with our legislators to increase the grading and therefore possible penalties in any instance in which a teacher ‘upskirts’ a child.”

“I’m hopeful it will become a crime in Pennsylvania as it is in other states,” one of Reppert’s victims told the court Monday.

Reppert was charged last January following an investigation that began in October 2019 after a student captured a video of Reppert viewing and zooming in on a photo of what appeared to be a student’s legs.

State police later found images depicting three female students that were taken from underneath his desk on Reppert’s personal iPhone and a school-issued iPad.

Reppert was fired by the Palisades School District in late 2019, after nearly three years of employment with the district.

A different Palisades High School teacher, Christian Howard Willman, pleaded guilty to the sexual abuse of six students over a period of years at the school in January 2020.

The case involving Willman, of Upper Saucon Township, resulted in a lawsuit that was filed against the district by five of the women he abused last summer.

Willman was sentenced to six to 12 years in state prison and will have to register as a sex offender for 25 years following his release.