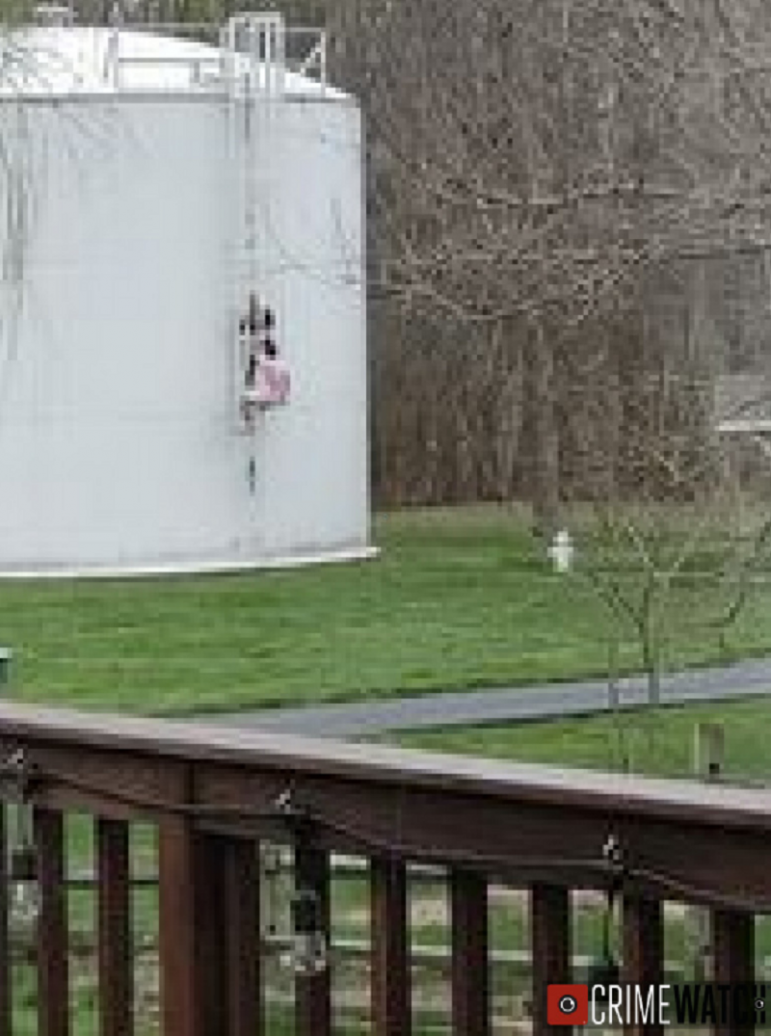 Richland Township Police have shared surveillance images of trespassers who climbed the hatch ladder of a local residential development’s water tower Friday. Though their intentions remain unclear, police say they are taking the incident seriously because it involves public infrastructure. Tips may be called in to the department or shared via their Crimewatch tip button.

Maintaining secure access to water storage and delivery infrastructure has been of heightened concern since February, when a hacker was able to obtain access to Oldsmar, Florida’s water treatment plant by using remote access software, in what law enforcement officials say was an attempt to poison the city’s water supply.

There is no evidence that anything of that nature has occurred locally, but the presence of trespassers at a water tower in a residential development in Upper Bucks County has apparently raised concerns for the Richland Township Police Department.

Richland Police posted information about and surveillance photos of those individuals on their Crimewatch site Saturday.

According to police, at around 7 p.m. Friday a group of young people was recorded accessing the hatch ladder for the water tower in the Sweetbriar development, which is located off Trumbauersville Road.

Township police said they would like to speak with the individuals who were at the water tower, and that “access to public infrastructure can cause issues with supply and delivery and should not be minimized.”

Anyone with information related to the case is asked to contact Cpl. Matt Lawhead or Ofc. Zac Herb at 215-536-9500. Tipsters who wish to remain anonymous may use the Submit a Tip button on Crimewatch or use police’s anonymous tipline at 215-536-6967.