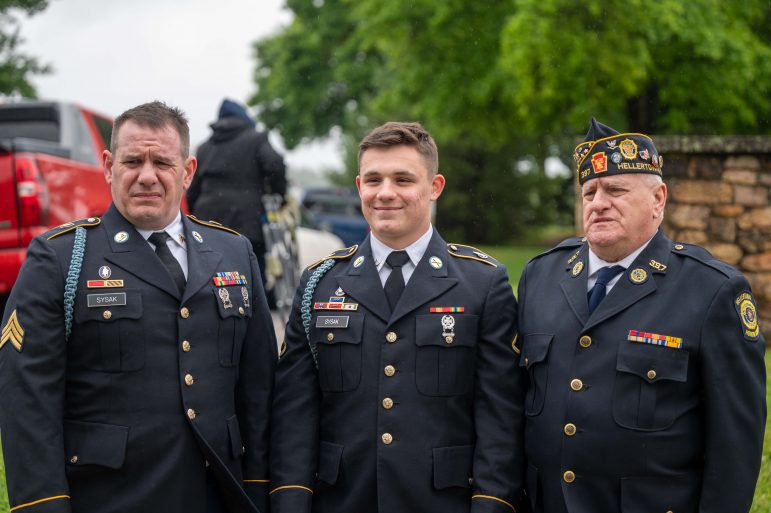 Mason Sysak, center, is a 2020 Saucon Valley graduate currently serving in the U.S. Army. Alongside family members and veterans he was a participant in Sunday’s Memorial Day service hosted by the Edward H. Ackerman American Legion Post 397 at Union Cemetery in Hellertown.

A chilly drizzle fell on the participants and attendees who gathered in Union Cemetery to honor Americans who have made the ultimate sacrifice defending the nation’s freedom.

The silver lining to the half hour of discomfort, perhaps, was that it helped remind those present that their lives are relatively comfortable, especially compared to those of the U.S. servicemen and women who perished in the name of liberty.

The ceremony itself also served as a reminder of what Memorial Day truly represents, which isn’t the unofficial start of summer fun.

Memorial Day is sometimes conflated with Veterans Day, which is also a mistake. Although living veterans are often thanked for their service on the holiday, the day is specifically set aside to remember Americans who have died while serving in the military.

Sunday’s service was hosted by the Edward H. Ackerman American Legion Post 397 and featured remarks by Legion Commander Eric Medei, Hellertown Mayor David Heintzelman and others who helped put the day’s solemnity in context. Patriotic music was performed at the ceremony by the Hellertown-Lower Saucon Community Chorus.

Mason Sysak, a 2020 Saucon Valley graduate who is currently serving in the U.S. Army, was a participant in Sunday’s Memorial Day ceremony alongside members of his family and U.S. Air Force veteran Bryce Harrison of Hellertown. 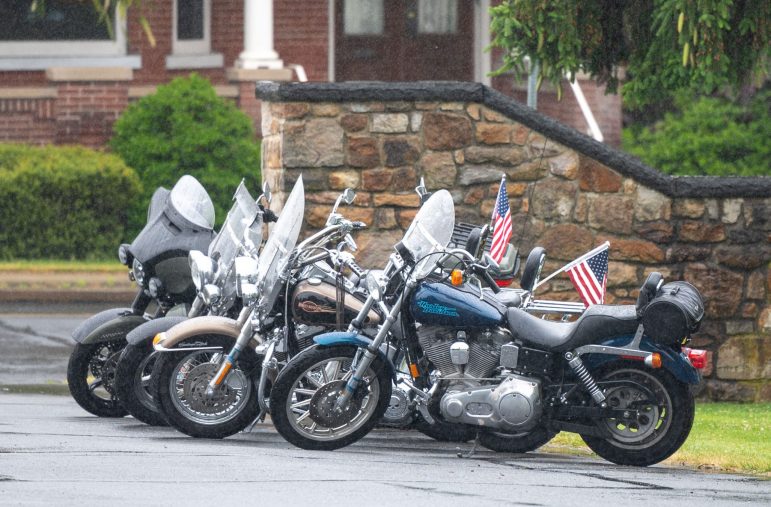 Motorcycles belonging to the Hellertown Legion riders are parked near the entrance to Union Cemetery, where Sunday’s Memorial Day service was held. 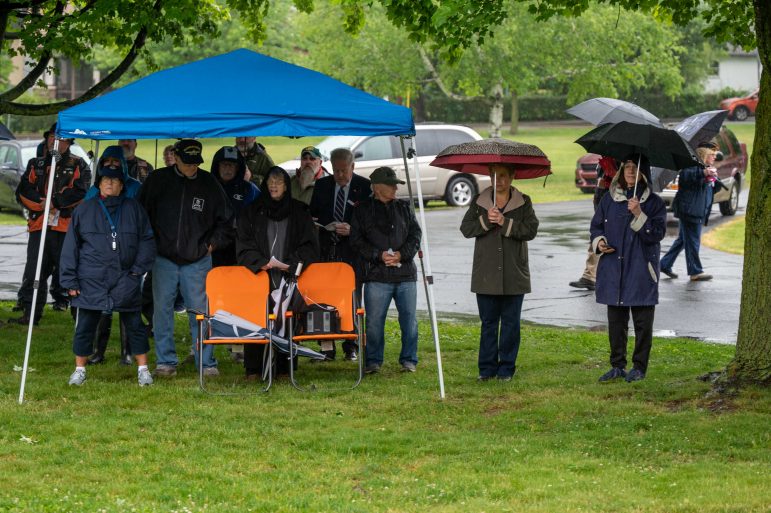 Umbrellas and raincoats were necessary at the service, which was held on one of the coldest, wettest Memorial Day weekends in recent memory. 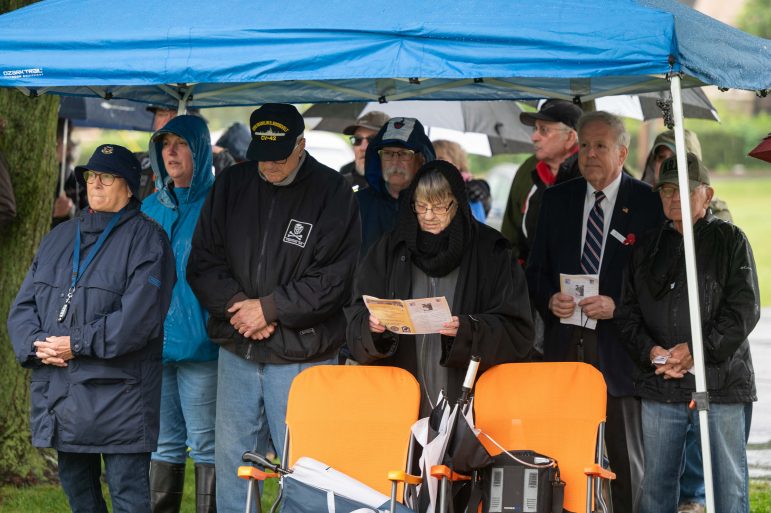 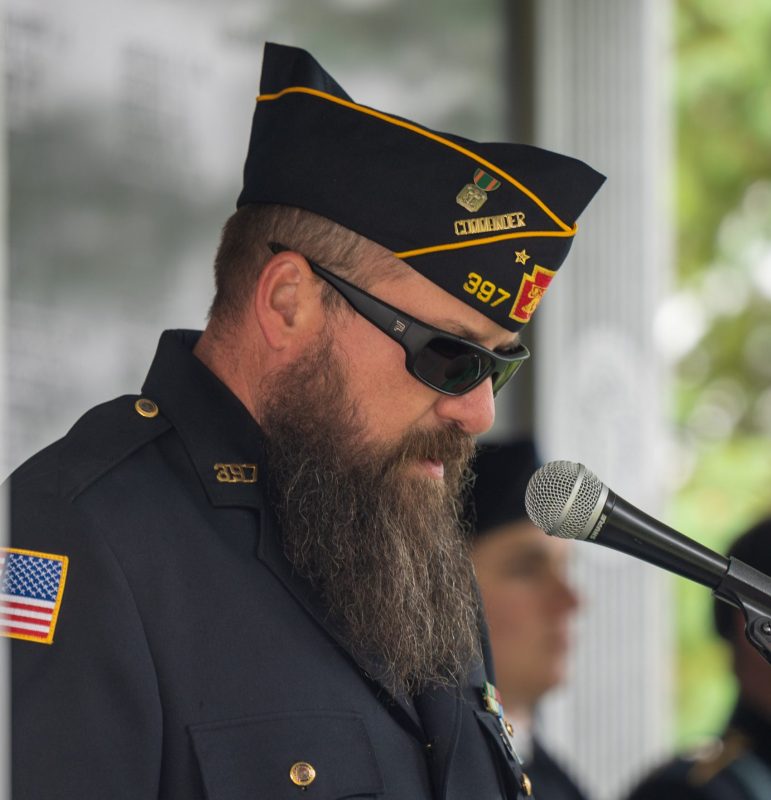 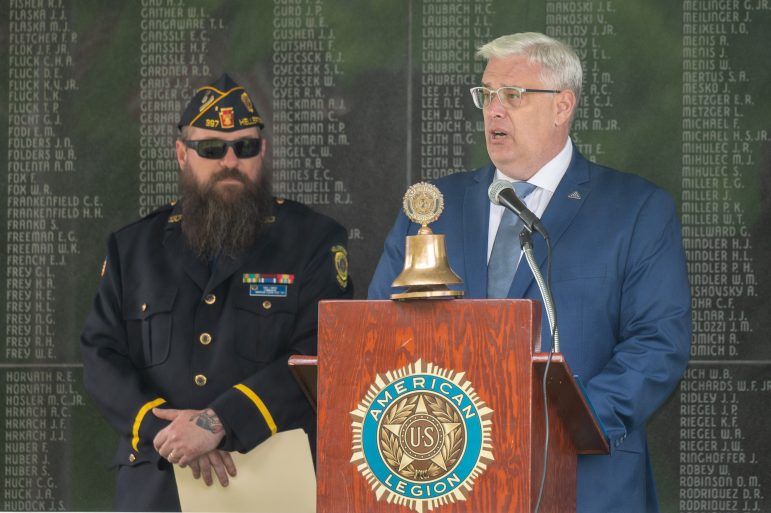 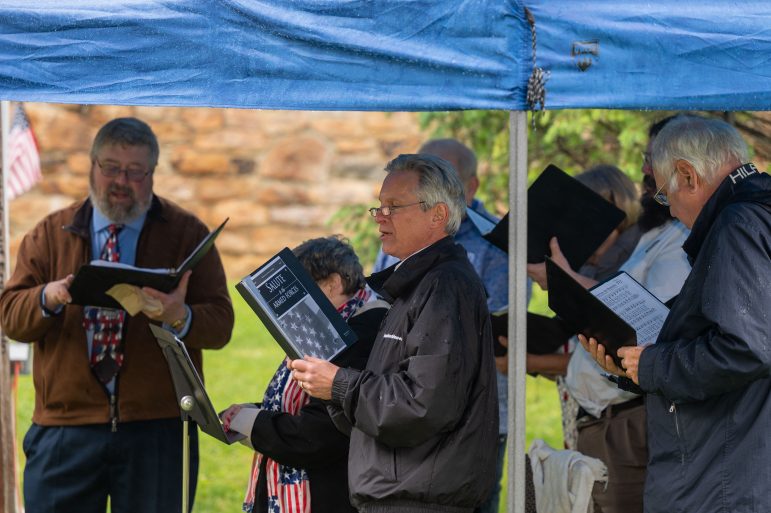 The Hellertown-Lower Saucon Community Chorus performed at the ceremony. 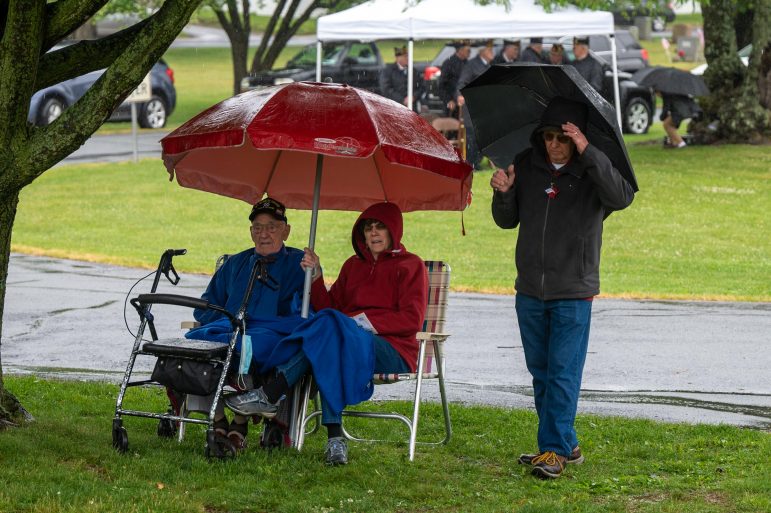 Although the weather Sunday wasn’t ideal for outdoor events, ceremony-goers made do by sitting under umbrellas and pop-up canopies. 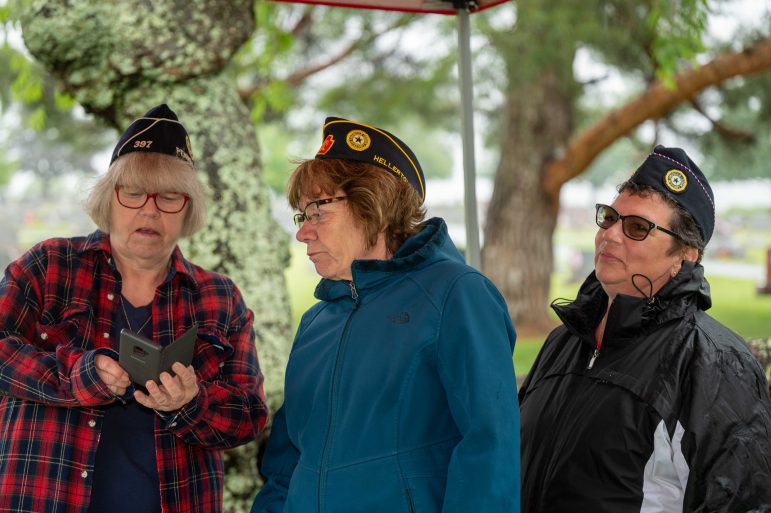 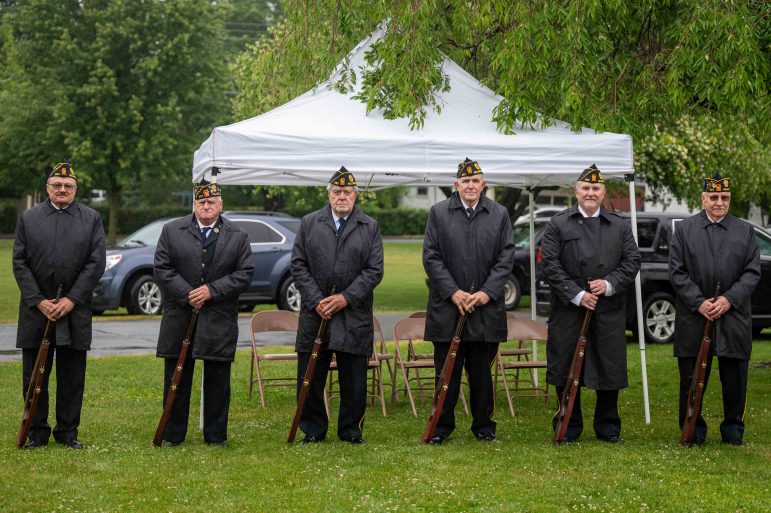 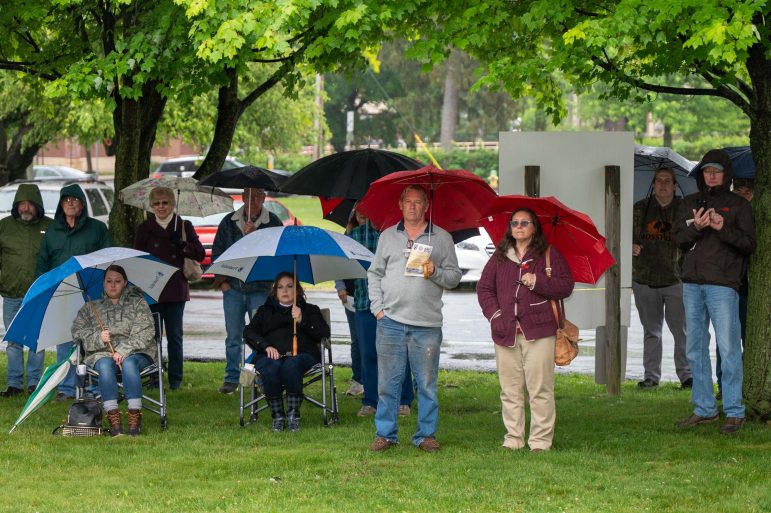 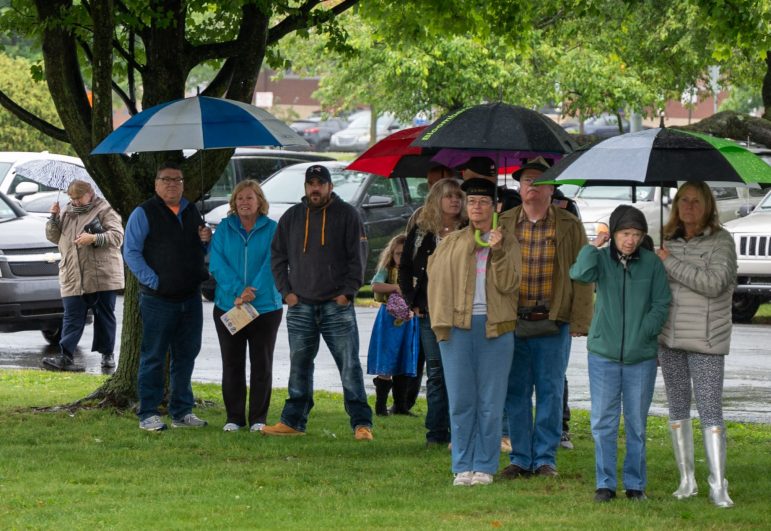 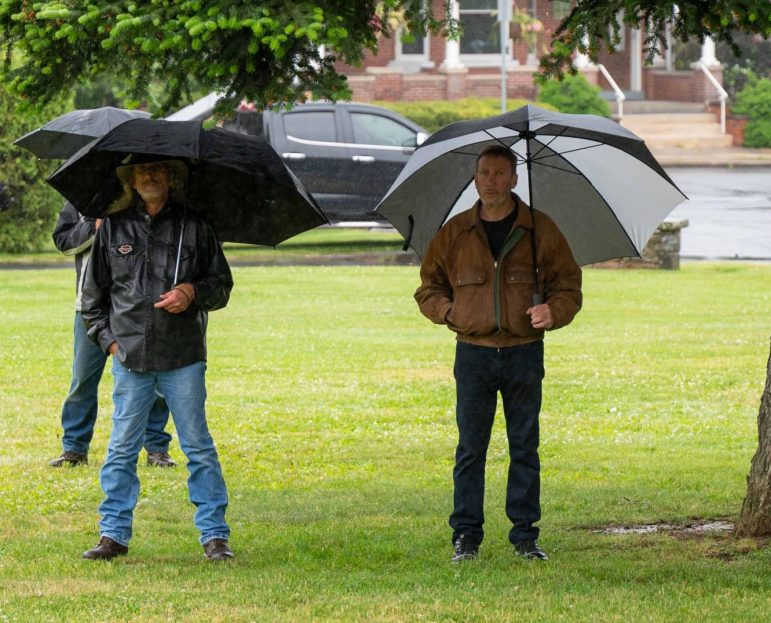 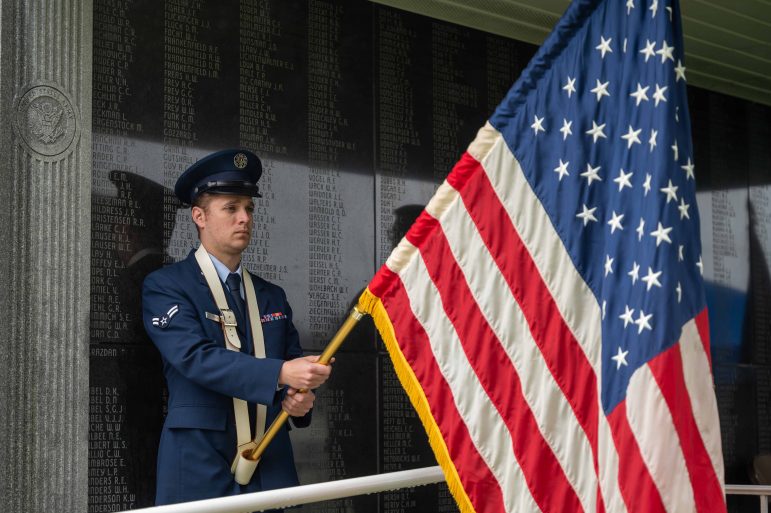 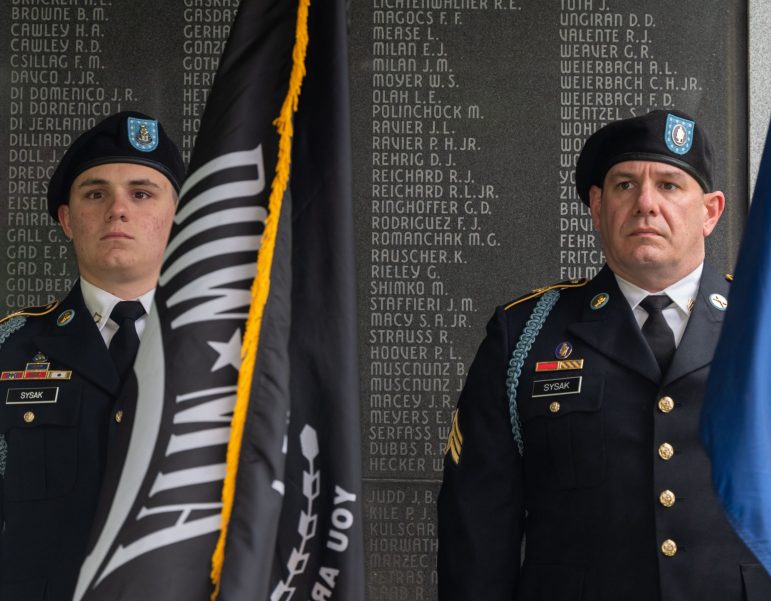 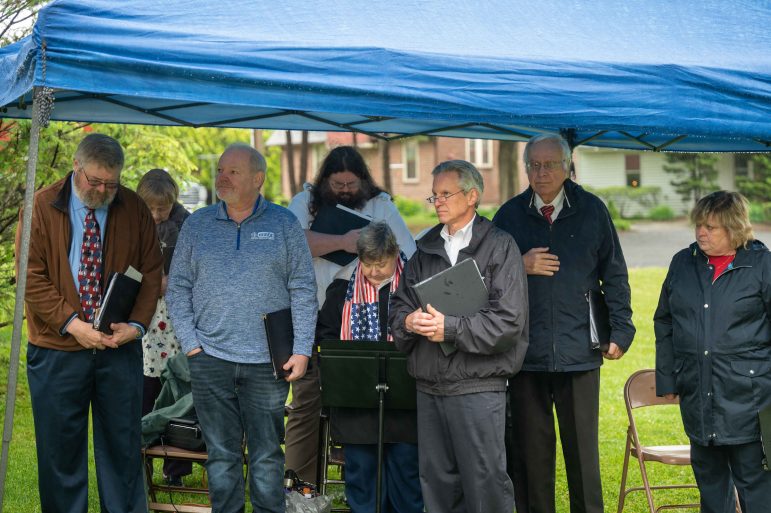 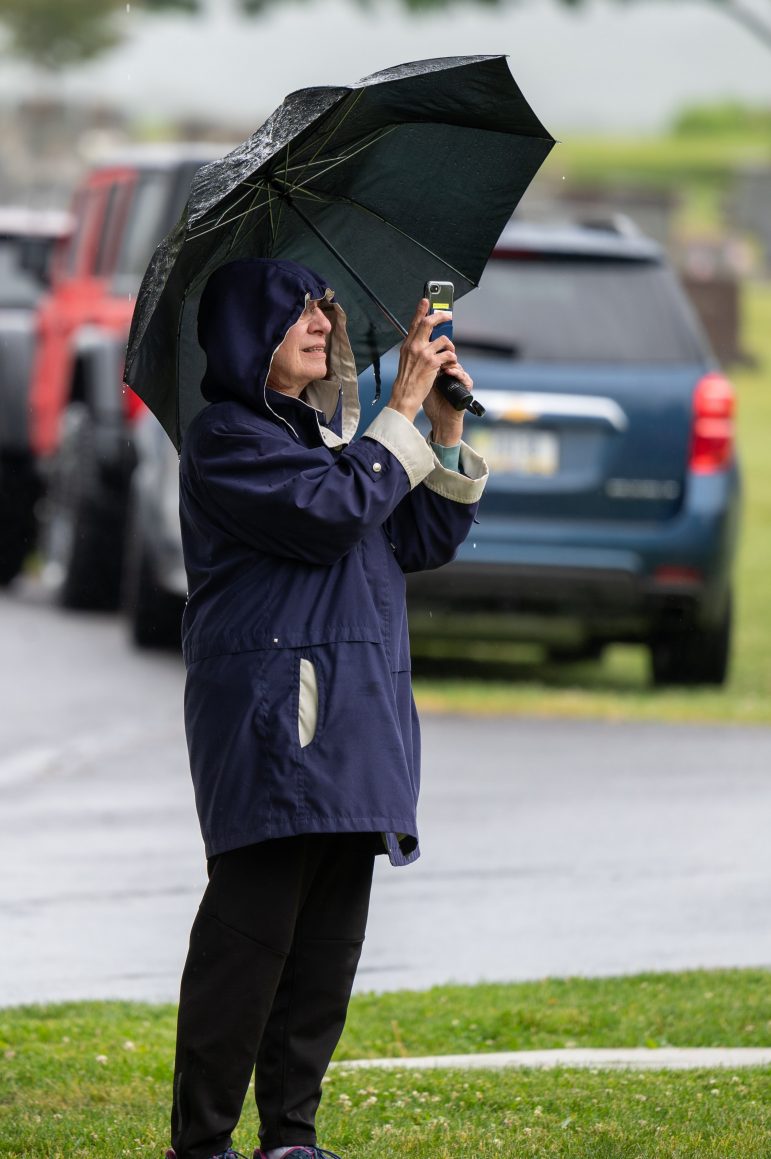 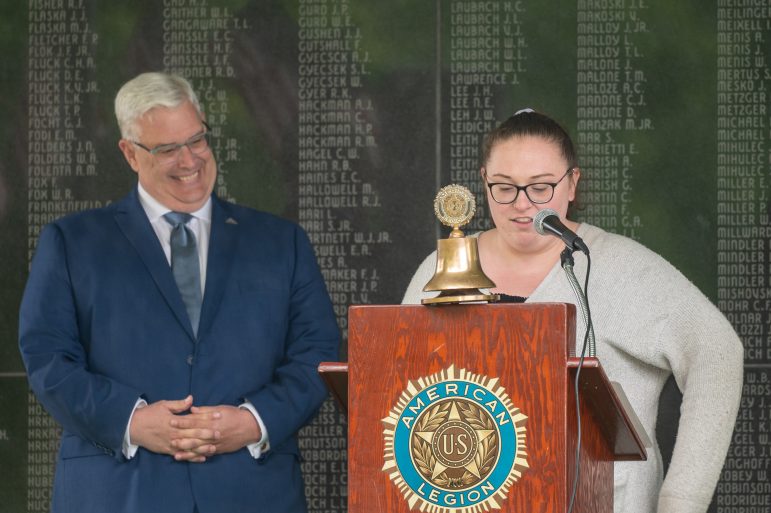 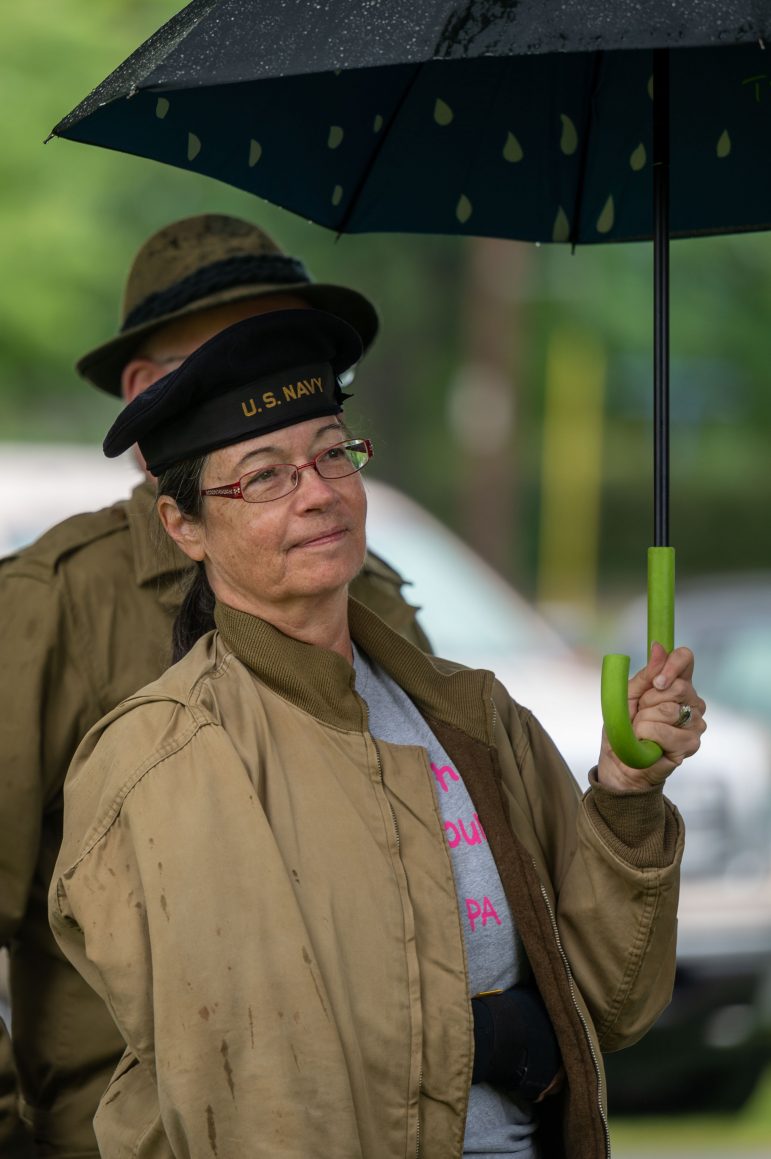 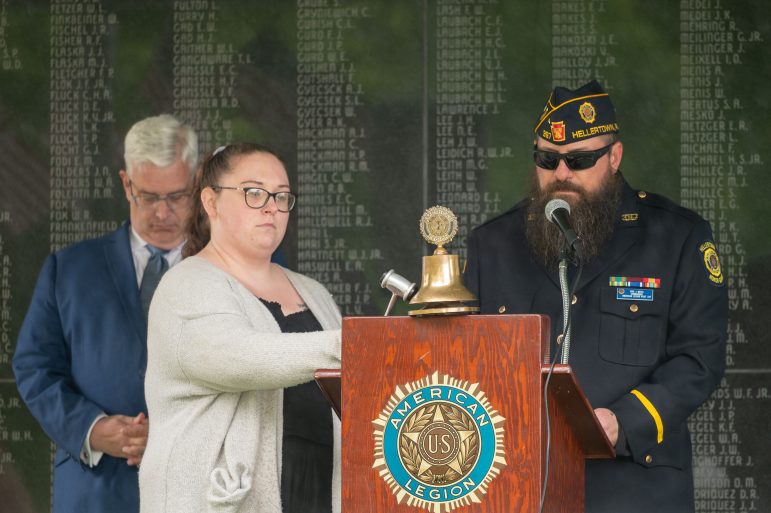 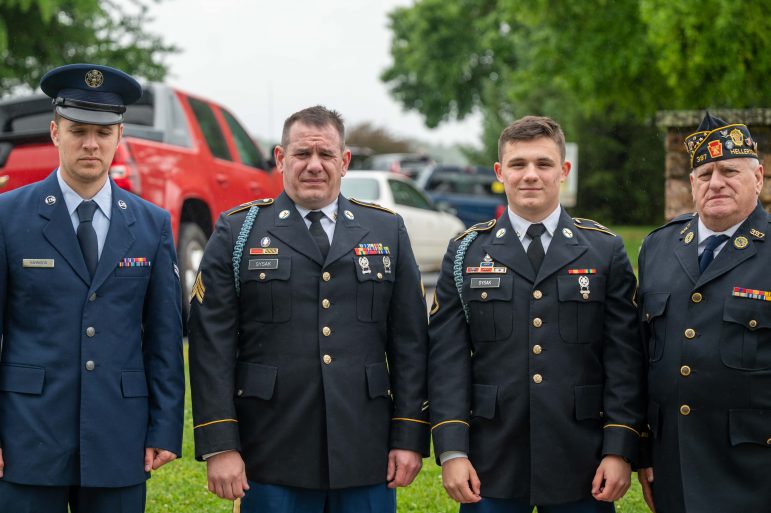