The remnants of Tropical Storm Elsa are expected to affect eastern Pennsylvania Thursday into Friday, with heavy rain and the potential for flooding in the forecast, according to the National Weather Service. 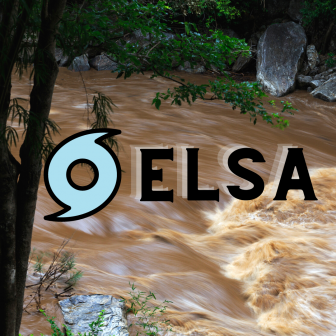 The NWS has issued a flash flood watch for Lehigh, Northampton and other counties from noon Thursday to noon Friday, when there is the potential for flooding to occur.

One to two inches with locally higher amounts are expected during the day Thursday, with an additional one to two inches of rain possible Thursday evening and overnight.

“Heavy rain in short periods of time will cause the potential for streams and creeks to quickly rise out of their banks, as well as the potential for flash flooding in areas of poor drainage,” the statement said.

Heavy rain has fallen sporadically on the area since Tuesday, with some areas receiving torrential downpours during severe thunderstorms that continue to threaten the region.

The NWS once again issued a severe thunderstorm watch until 11 p.m. Wednesday for east central Pennsylvania and adjacent counties, because of the continued threat.

Meanwhile, residents of the Lehigh Valley continued to swelter, with temperatures in the low 90s and heat index values hovering near the 100-degree mark.

Many have flocked to recreational facilities like the Hellertown Pool in search of relief. 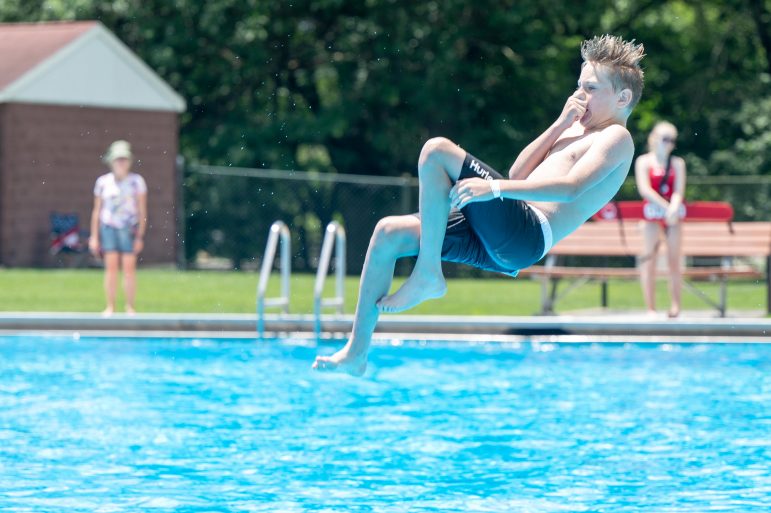 The hot weather has made the Hellertown Pool a popular destination for those who have season passes or guest tickets.

A heat advisory issued by the National Weather Service was in place until 8 p.m. Wednesday, with the potential for the stifling temperatures to induce heat-related illnesses, particularly among the very young, the eldery and anyone who was outside for any length of time.

Tuesday’s high temperature at Lehigh Valley International Airport near Allentown was 93 degrees, which was seven degrees above normal but well shy of the record temperature of 101, according to NWS records.

Last August, parts of the Lehigh Valley–including parts of Saucon Valley–were flooded when the remnants of Hurricane Isaias moved through the region. An Allentown woman died during the storm after her vehicle was swept away by floodwaters in Center Valley.