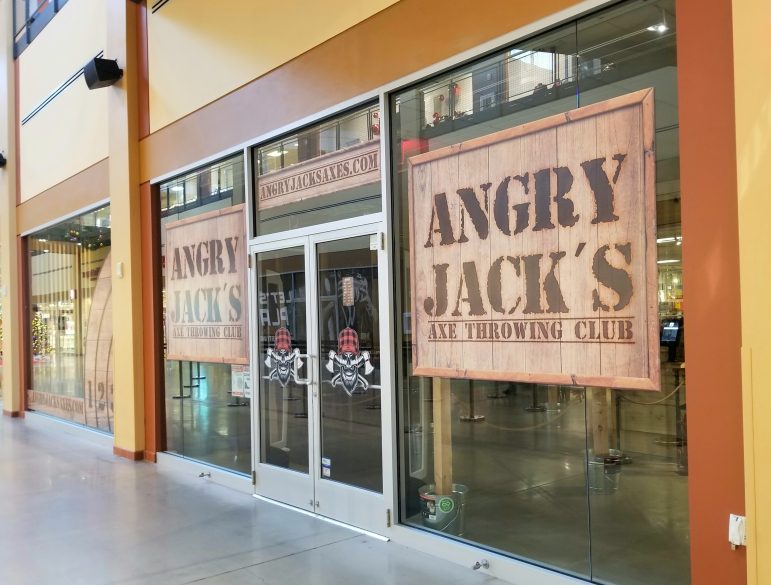 “Axe throwing is cheaper than therapy.”

That is the sign Angry Jack’s Axe Throwing Club has at many of their locations.

Club owners AJ and Nikki Mitchell recently opened their fourth location in the Outlets at Wind Creek in Bethlehem; an opening that fortuitously coincided with Black Friday.

AJ Mitchell said he and his wife have been able to grow their business during COVID-19, as many Americans have sought out new and different ways to have safe, distanced fun.

He added that Wind Creek representatives reached out to them about a possible location in the outlet mall that’s attached to the Wind Creek Bethlehem casino.

“They were looking to make the center a little bit more experiential, and we kind of went out towards the facility and fell in love with the opportunity,” he said. “So we moved forward from there.”

Angry Jack’s has two other locations in southeastern Pennsylvania, in Exton and Phoenixville, and one in Elkton, Md.

Mitchell said axe throwing is the best part-time job anyone can have right now. It’s also a fun activity many people enjoy on special occasions–for example, birthdays–as well as on date nights or as part of a team-building exercise, he added.

He said the club prides itself on the training aspect of their axe throwing business model.

“Angry Jack’s is not a place where you just go to throw an axe,” Mitchell said. “We want to teach you. We want it to be an experience. We want you to have a good time. More than that, we want you to get addicted to it. We want you to realize the historic aspect of it.”

He said Angry Jack’s is considered a premier throwing house, and that many of their throwers compete in the World Axe Throwing League (WATL) featured on ESPN. The club has 10 top 50 throwers in the world, with some of them ranked in the top 10 and 15.

Mitchell said Pennsylvania is also one of the best states for axe throwing, since there are more clubs and talented throwers here than in many other parts of the country.

Philadelphia is actually known as a mecca for axe throwing, he said.

There are hundreds of axe throwing tournaments held annually, and the WATL holds three different tier tournaments such as the U.S. Open and World Axe Throwing Championship. 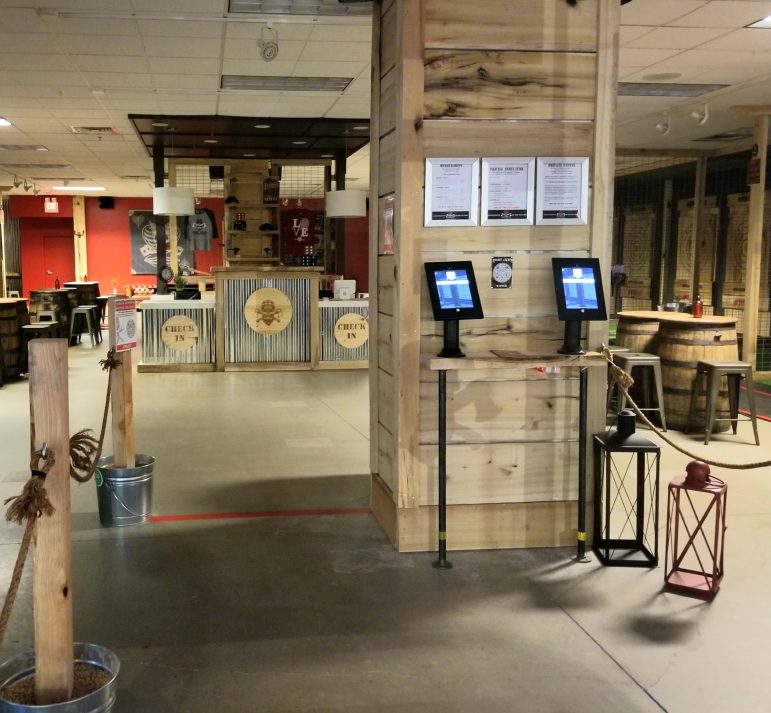 Angry Jack’s Axe Throwing Club in the Outlets at Wind Creek is one of four locations in Pennsylvania and Maryland that are owned by AJ and Nikki Mitchell, who say their business has grown by leaps and “throws” during the COVID-19 pandemic.

Angry Jack’s will be hosting the Keystone Classic, one of the biggest tournaments in 2022, from April 29 to May 1 in many of their facilities.

Mitchell said he’s hoping to get between 100 and 200 throwers in attendance this year.

He said the sport is very easy to learn and is fun for people of all ages, which is one of the reasons he hopes more people will give it a shot…or a throw, as the case may be.

Mitchell said the best feeling he gets is from seeing a new thrower 20 minutes into their session figuring out how to throw and realizing that they’re enjoying it. He said eventually participants start playing in competitive games, as their skill level increases.

“I want people to come do it even if they’re hesitant,” he said. “That’s the big thing. We throw with children as young as nine years old and there’s no age limit on it. There’s no demographic for it.”

Angry Jack’s is one of the latest additions to South Side Bethlehem’s business scene. Check out some of our other recent stories about it, including our reports on Zekraft, Hummus House, Taste Smokers, Couch Pota_doh and Five Maidens Cider Company.