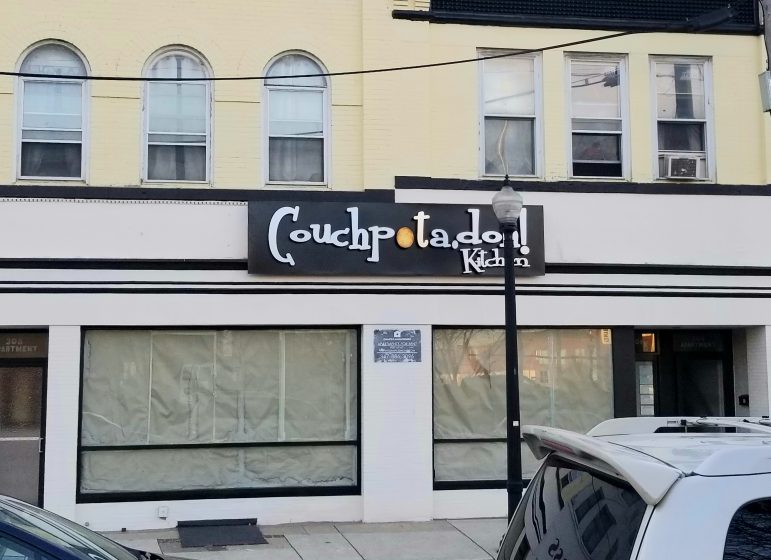 Couch Pota_doh Kitchen, a brick-and-mortar outgrowth of a popular Bethlehem-area food truck known for its empanadas and other Ecuadorian street fare, will open on Brodhead Avenue near the Comfort Suites on the city’s South Side in January.

About 20 years ago, New York shoe salesman William Seixas turned to his co-worker and girlfriend, MaryLou, and asked, “Wouldn’t it be great if you and I opened our own business one day?”

Two decades, five kids and a series of obstacles later, William and MaryLou have done just that.

If the name sounds familiar, it’s because their venture began as a food truck in 2019. The CouchPota_doh food truck has made numerous appearances around the Lehigh Valley, including at the Saucon Valley Farmers’ Market and Musikfest. Despite being a fairly new business, CouchPota_doh’s hearty Ecuadorian street cuisine has already attracted a sizeable fan base. While loyal patrons have no doubt realized the truck is currently not in operation, they can look forward to CouchPota_doh’s new brick and mortar location in Bethlehem’s South Side, which is slated to open on or around New Year’s Day.

The Seixas family applies the fast-paced work ethic they developed in New York to their business.

“We hustle,” MaryLou said. “We bust our butts. We teach our kids to work for what they want, to own their choices and to find a way out of situations.”

Between almost being rejected for a lease, losing business due to engine issues with their truck and the onset of COVID-19 just as they planned to set up shop on the South Side, William and MaryLou have had their share of “situations,” but they refuse to call them “problems.” In William’s words, “Problems are weighted, but situations can be fixed.”

How did William and MaryLou, a power couple from New York who were both working in sales, end up running a food truck in the Lehigh Valley?

“I’m madly in love with my wife,” William explained, “and in New York, I barely saw her. I worked nights and she worked during the day. She used to say we were like ‘ships passing in the night.’”

The opportunity to work alongside his wife was first suggested by the couple’s children. MaryLou, whose cooking skills helped win William’s heart, began making homemade French fries for the kids, who one day asked, “Why don’t you serve these to the public?”

And so the Seixas family packed their bags, bought a house in Bethlehem and established CouchPota_doh Food Truck. Short on cash after living in the city, they chose a white U.S. Mail van to start their business.

“In Hispanic culture, you put love into the food you make,” said William. “People tell us, ‘I can taste the love in your food.’ That’s because we give our customers a bit of the same love my mom put into her food. We want to share that with our customers.”

In addition, they are happy to accommodate special dietary needs to the best of their ability.

It was after finding considerable success with their food truck that the couple decided to open a brick-and-mortar location. They had their eye on a much-coveted spot directly across from the Comfort Inn & Suites in South Bethlehem, which had previously housed a thrift shop. But after working to set up their storefront there, they were told their prospective restaurant would not find success at that location.

“The odds were against us because there’s not a lot of parking,” William said. “But my name is Will, and where there’s a will, there’s a way.”

MaryLou added, “We’re from New York. We’re pedestrians. This is a very pedestrian-heavy neighborhood, and we feel our restaurant will be like a little slice of New York.”

William and MaryLou said they and their family are extremely grateful for the warm reception the community has given them ever since they arrived in Bethlehem, and they make it a point to give back wherever and whenever possible. They plan to host a variety of events, from live music to benefits, in order to “spread good energy within the community.” In addition, they hope to sponsor a scholarship for the Bethlehem Area Vocational-Technical School’s culinary department and a club for young men (inspired by their own overachieving kids). They also hope to open satellite locations in the future. 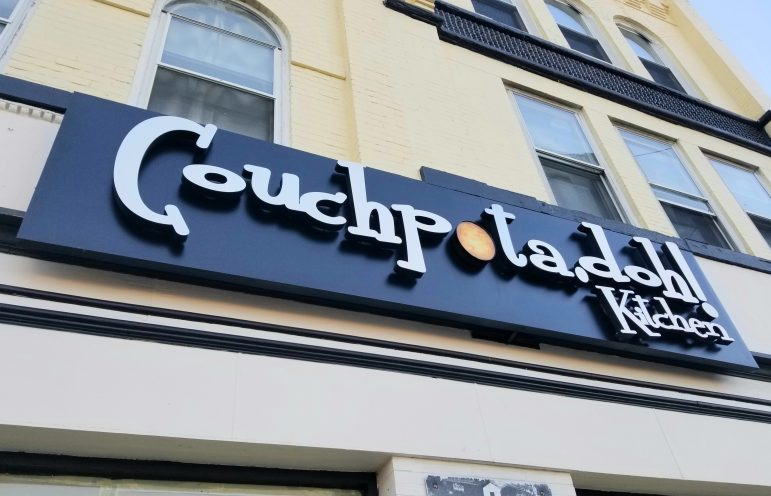 A large sign hangs on the front of the building that will soon be home to Couch Pota_doh Kitchen, a restaurant specializing in Ecuadorian street food. Owned and operated by Williams and MaryLou Seixas, the new location represents an expansion of their popular local food truck operation.

The CouchPota_doh Kitchen’s new location can be found at 306 Brodhead Avenue in Bethlehem, across the street from the Comfort Inn & Suites, near the Hill-to-Hill Bridge.

CouchPota_doh Kitchen is also looking to hire ServSafe-certified kitchen staff as soon as possible, and they are hopeful to hit the road again in their food truck in the near future.

Are you a foodie? Do you love supporting the local dining scene? Read up on some of the other new South Side eateries and businesses on Saucon Source, including Zekraft, The Taste Smokers, Chick-N-Bap, Hummus House and Five Maidens Cider Company.