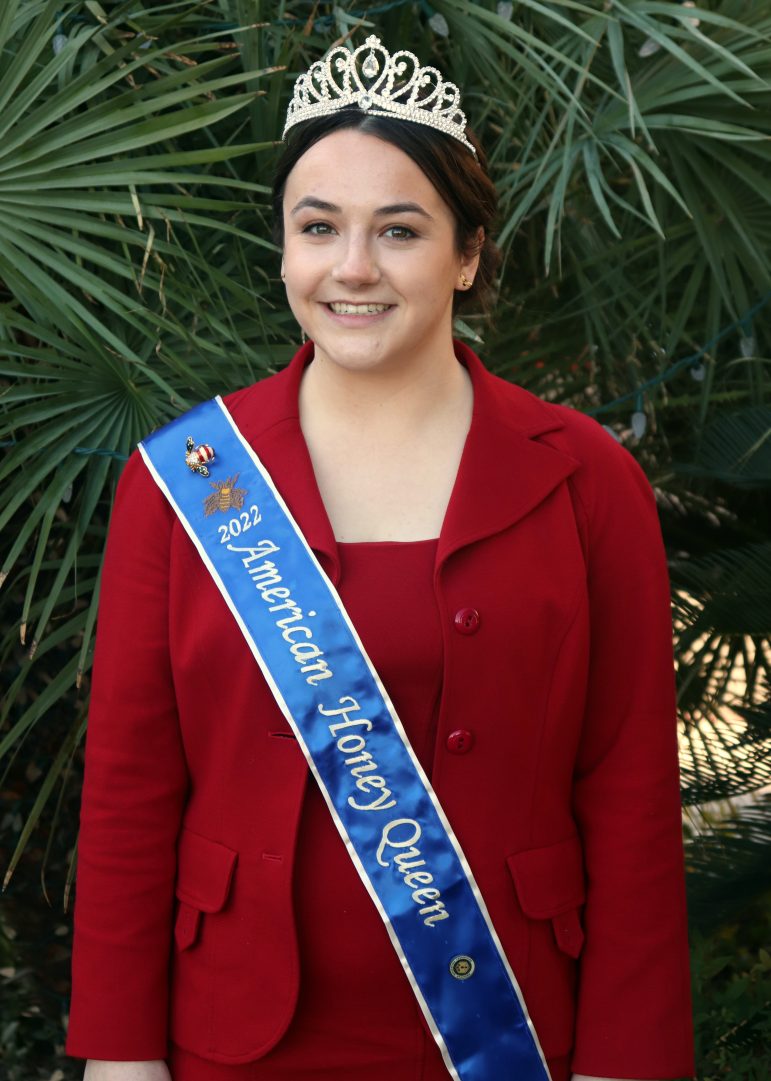 DeSales University sophomore Lucy Winn was chosen to be the 2022 American Honey Queen at the American Beekeeping Federation Conference and Tradeshow in Las Vegas. Winn previously served as Pennsylvania Honey Queen, promoting the honey industry in schools, through farmers’ markets, at fairs and festivals, and in media interviews. (Contributed Photo)

A local college student is celebrating a sweet accomplishment made possible by her bee-lief in herself and her interest in beekeeping.

Lucy Winn, who is a sophomore studying business management and marketing at DeSales University in Center Valley, was recently selected as the 2022 American Honey Queen at the American Beekeeping Federation Conference and Tradeshow in Las Vegas.

According to a news release from the American Beekeeping Federation, Winn is the 20-year-old daughter of Stephen and Lauren Winn of Carlisle, Cumberland County, and the granddaughter of Marlene Winn of Cohasset, Mass., and Carol Michaud of Phoenixville.

The release noted that Winn’s family keeps backyard beehives, “which sparked her passion for beekeeping.”

In addition to keeping bees in her free time, she enjoys reading, throwing pottery and walking her dog. At school, Lucy tutors local students in math, the news release said.

Prior to being selected as the American Honey Queen, Winn served as the 2020 and 2021 Pennsylvania Honey Queen; a role in which she promoted the state’s honey industry in schools, through farmers’ markets, at fairs and festivals, and in media interviews.

“Lucy will spend the next year promoting the beekeeping industry throughout the United States in a wide variety of venues, including fairs, festivals, schools, media interviews, and virtual presentations,” the American Beekeeping Federation announced.

Beekeepers are also known as apiarists, honey farmers or apiculturists. In 2020, Saucon Source profiled a local apiary that sells its honey at the Saucon Valley Farmers’ Market in Hellertown: Funny Farm Apiaries.