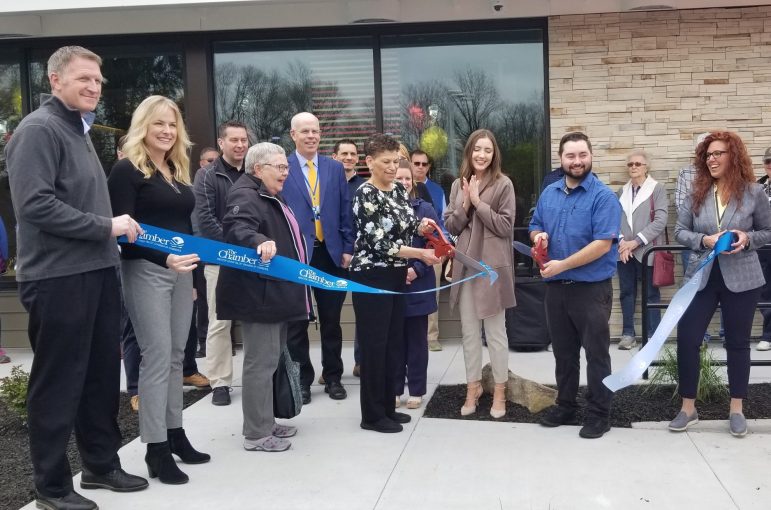 The ribbon was cut to officially open a new McDonald’s restaurant on Rt. 309 in Upper Saucon Township Tuesday. Franchise owners Jim and Karen McIntyre, left, were joined by staff as well as representatives from the Southern Lehigh and  Hellertown-Lower Saucon Chambers of Commerce, state elected officials and friends for the honors.

Every new business opening is a cause for celebration, and a celebration was what occurred in the Southern Lehigh area Tuesday, with the official grand opening of a brand new McDonald’s restaurant on Rt. 309 in Upper Saucon Township.

The ribbon-cutting was attended by franchise owners Jim and Karen McIntyre, staff, chamber board members and representatives for state elected officials from the area.

The gleaming new building is adjacent to a Wawa convenience store and gas station that opened in February at Rt. 309 and Passer Road, just north of Coopersburg borough.

Inside the ultramodern McDonald’s guests can order food from one of several kiosks, and the restaurant features a large drive-thru lane for the convenience of patrons on the go.

The McDonald’s is located at 6690 Short Drive, Coopersburg, and is open 24 hours a day.

Online ordering is also available via the McDonald’s app.

The Coopersburg and Hellertown McDonald’s are two of the franchises owned and operated by the McIntyre family business, Jamren Inc., which is based in Hellertown.

Tuesday’s event also coincided with Southern Lehigh Restaurant Week, which continues through Saturday and which McDonald’s is part of. 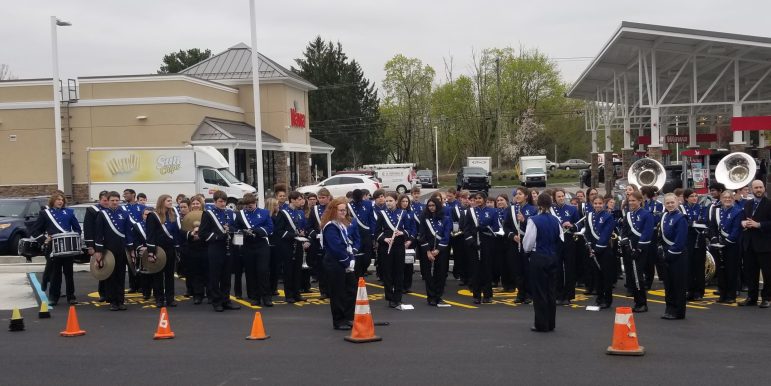 A highlight of the event was an appearance by the Southern Lehigh High School marching band’s parking lot performance. 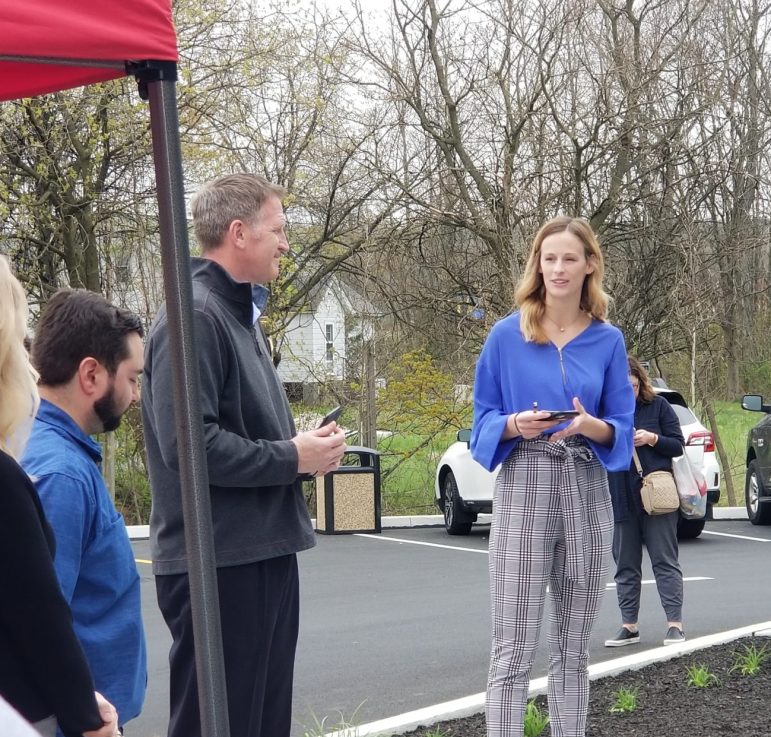 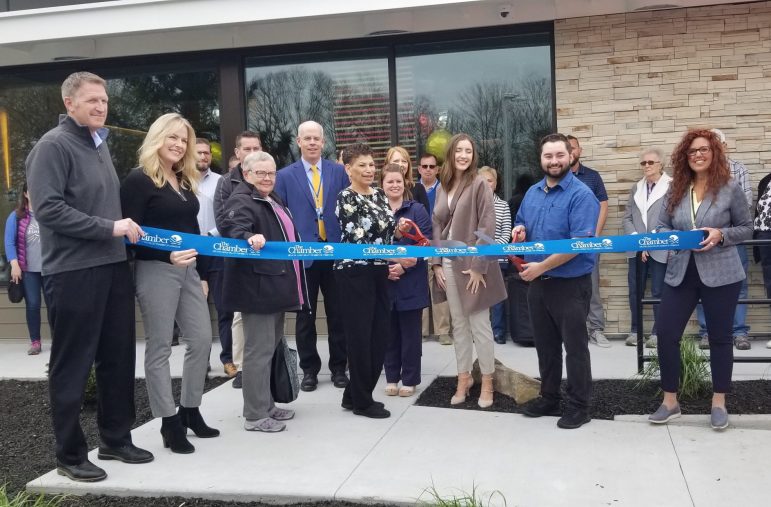 Attendees including representatives from the offices of state Sen. Pat Browne and state Rep. Milou Mackenize–both of whom represent the Southern Lehigh area in Harrisburg–posed for photos in front of the restaurant before the ribbon was cut. Also on hand to help cut the ribbon were Southern Lehigh School District superintendent Dr. Michael Mahon, Hellertown McDonald’s manager Sylvia Cooper, the manager of the new McDonald’s Zach Hein and Jamren public relations coordinator Tracey Palermo. Pictured at left are Jamren owners Jim and Karen McIntyre. 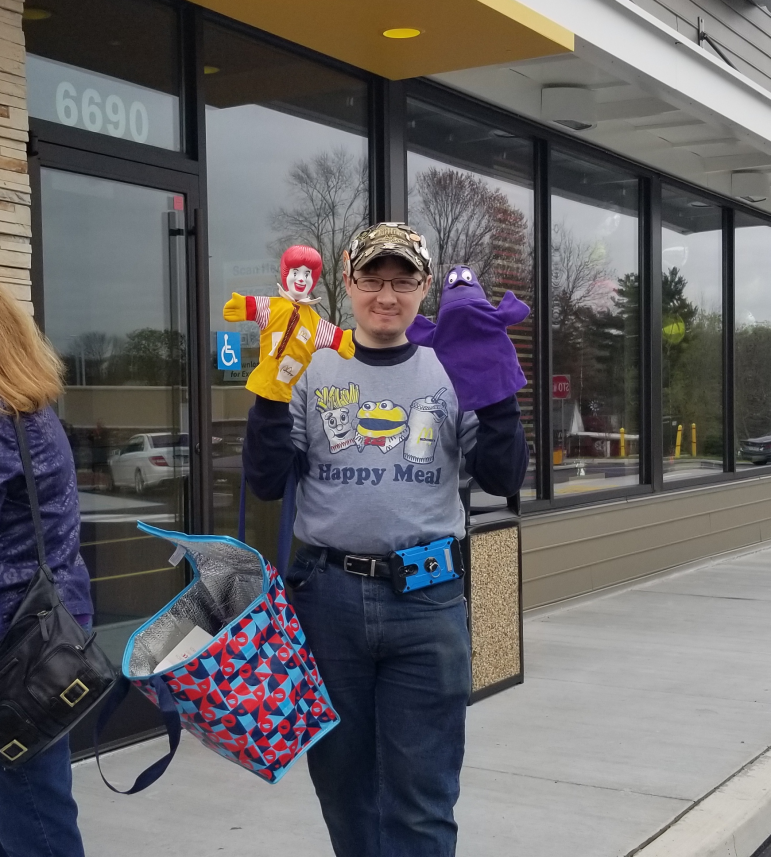 The Yippee Show Puppets–a puppeteer based in Coopersburg–made an appearance at the grand opening celebration. 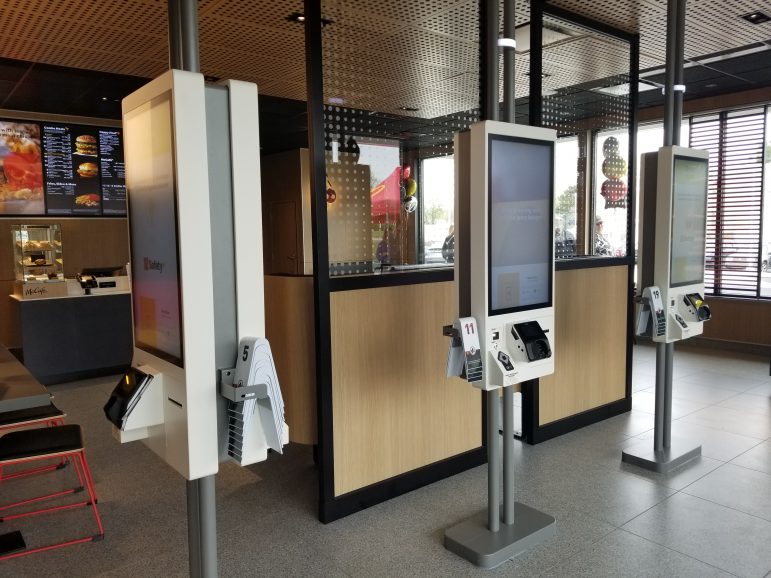 Inside the new McDonald’s is an ultra-modern order placement area that includes several sleek self-service kiosks. 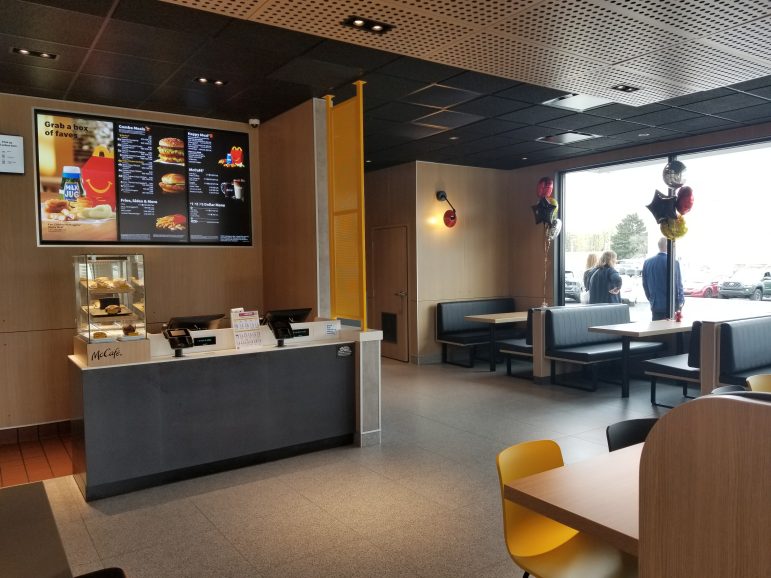 The counter and dining areas are designed for efficiency and the convenience of guests. 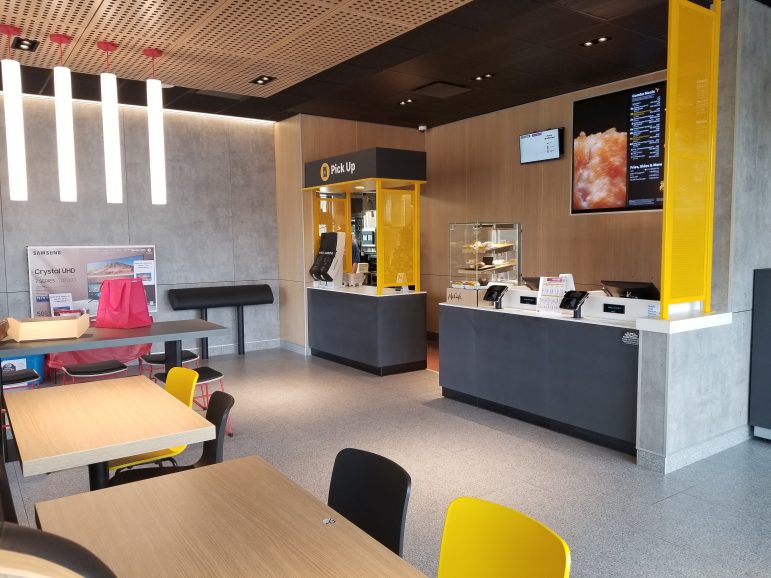 A color scheme that incorporates the iconic yellow of McDonald’s golden arches sets the tone for the decor in the new eatery. 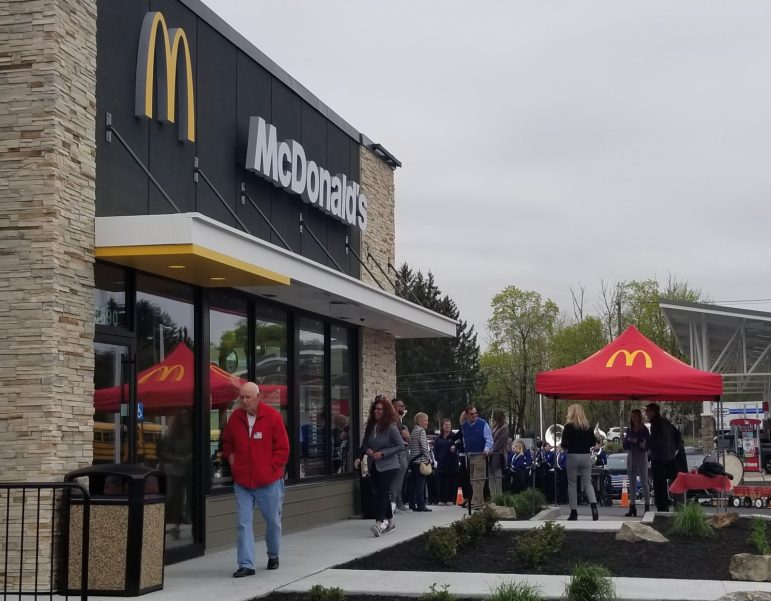 Although skies were overcast Tuesday, temperatures were mild for the outdoor event. 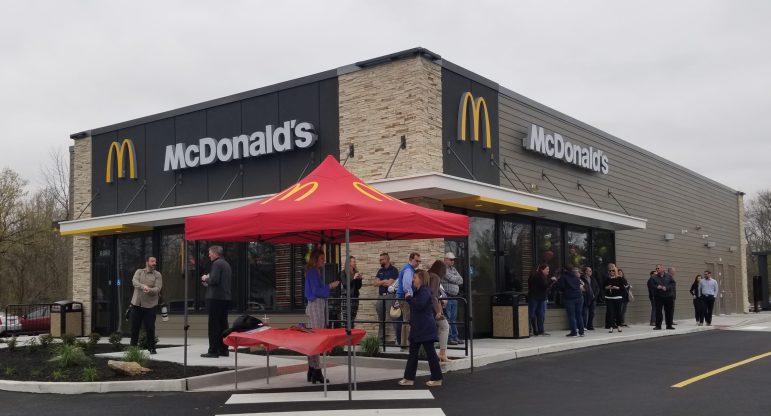 A pop-up canopy was set up outside the McDonald’s for the ribbon-cutting ceremony Tuesday.

The restaurant’s drive-thru service windows are located on the south side of the building, which faces Rt. 309 just south of the Passer Road intersection. It is located adjacent to a Wawa that opened at Passer Road and Rt. 309 in February.