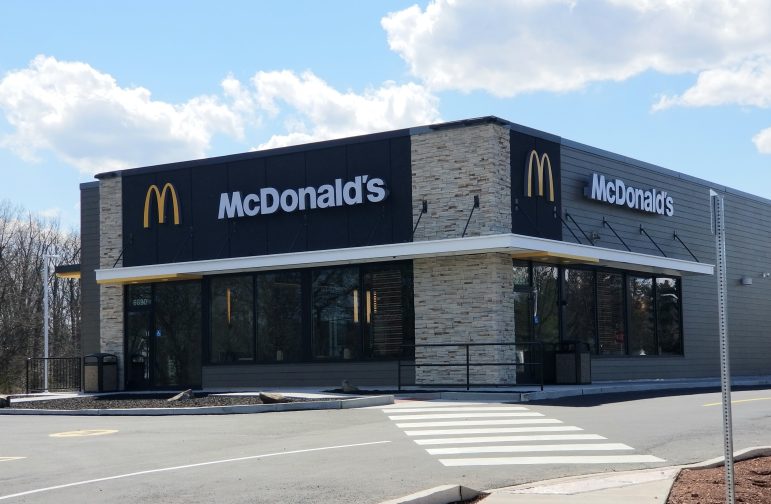 A new McDonald’s restaurant will open at 6690 Short Drive, Coopersburg, on Thursday, April 14 at 11 a.m. The McDonald’s faces Rt. 309 and is located next to a Wawa that recently opened at Passer Road. A grand opening and ribbon-cutting for the Coopersburg McDonald’s will be held in partnership with the Southern Lehigh Chamber of Commerce on Tuesday, April 26.

The area’s newest McDonald’s will soon be open for business.

The restaurant on Rt. 309 near Passer Road in Upper Saucon Township has been under construction since late last year, when ground for it was broken adjacent to a Wawa convenience store and gas station that was also under construction at the time.

The Wawa opened in early February, and the McDonald’s will officially open on Thursday, April 14 at 11 a.m., according to a message displayed on an electronic sign outside the restaurant. The first 50 customers will receive free Big Macs for a year, according to a post about the opening on the Jamren McDonald’s Facebook page. 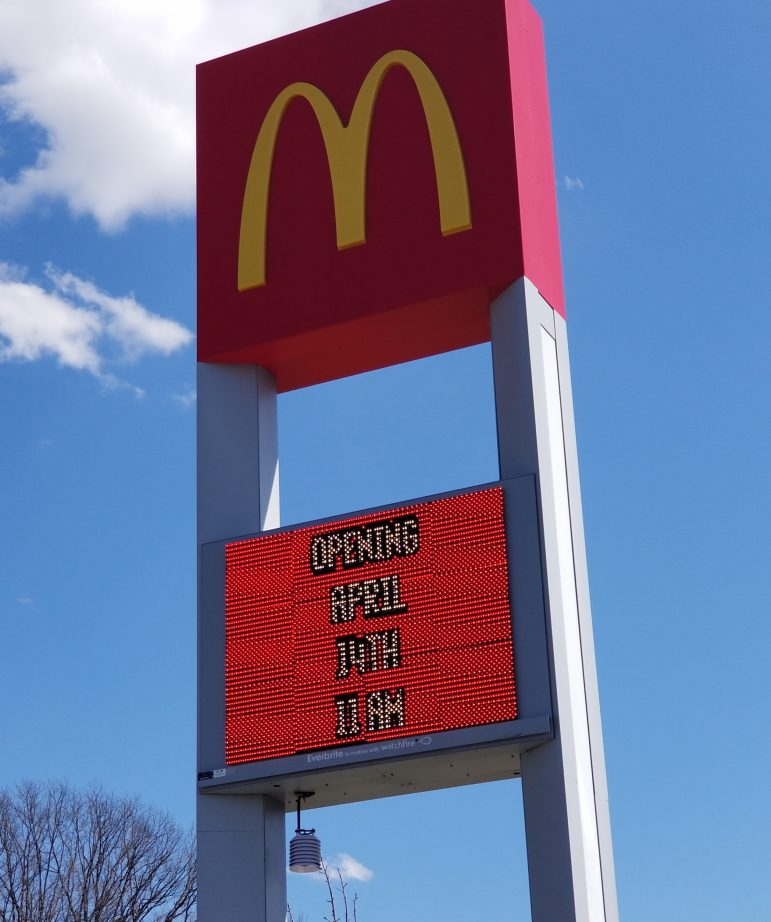 The electronic sign outside the new McDonald’s displays information about its opening as well as job opportunities.

A ribbon-cutting and grand opening event will be held on Tuesday, April 26 at 11:25 a.m.

The ribbon-cutting and grand opening will be held during Southern Lehigh Restaurant Week, which is being hosted by the Southern Lehigh Chamber of Commerce with support from local business sponsors, including Saucon Source, Designing Wealth Management by Raymond James, Lehigh County Humane Society and The Athena Network Financial & Life Management.

McDonald’s of Coopersburg is one of 10 restaurants that have committed to participating in the event, during which establishments will offer special savings from April 24-30.

According to the sign outside the McDonald’s, the restaurant is still hiring and is holding weekday walk-in interviews. The restaurant’s address is 6690 Short Drive, Coopersburg.

More information about job opportunities at the restaurant and other McDonald’s owned by Jamren Inc., which is headquartered in Hellertown, may be found on the Jamren website. 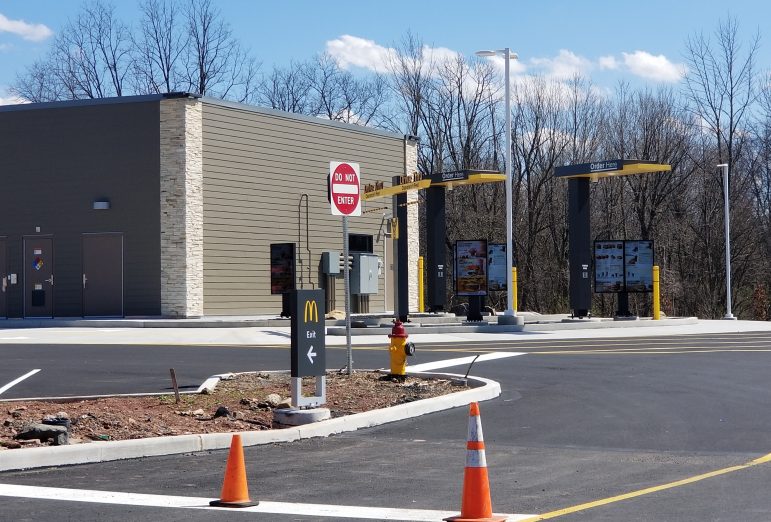 On Friday, orange safety cones blocked the entrance to the McDonald’s from the Wawa parking lot next door. The McDonald’s will open for business on Thursday, April 14 at 11 a.m.