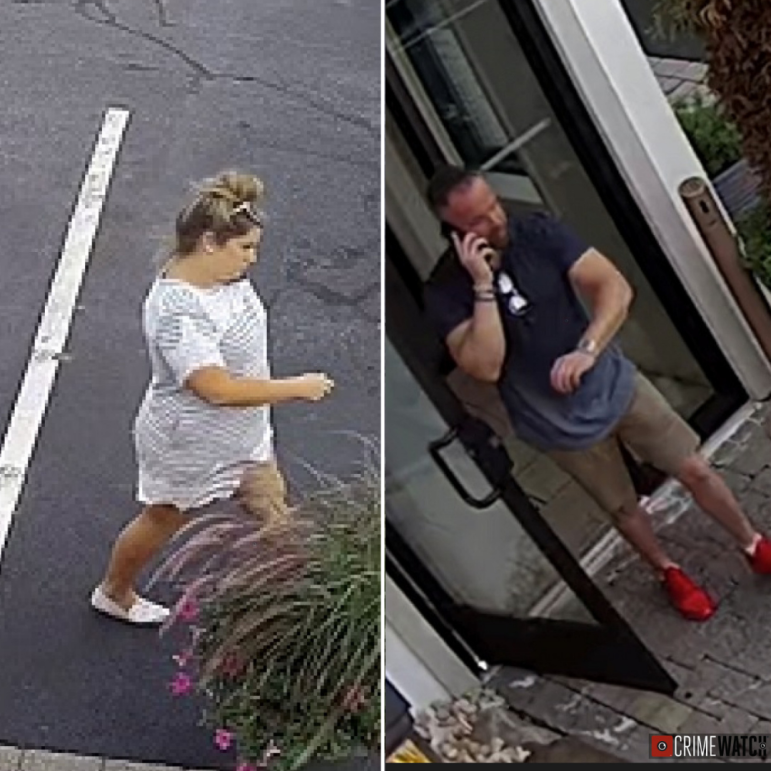 Lower Saucon Township Police say the woman and man pictured above are suspects in a “dine and dash” case they are investigating. According to police, the pair walked out on a $91 bill at Yianni’s Taverna July 19. Yianni’s is a popular Greek restaurant at Old Philadelphia Pike and Seidersville Road, just off Rt. 378. (Credit: Lower Saucon Township Police Department/Crimewatch)

Lower Saucon Township Police are investigating a “dine and dash” case in which they say an unidentified man and woman left a township restaurant without paying their bill.

According to the post, the pair dined together at the Greek restaurant before leaving without paying a $91 bill at approximately 8:30 p.m. on Tuesday, July 19.

Police also shared surveillance images of the suspects that were taken outside the eatery.