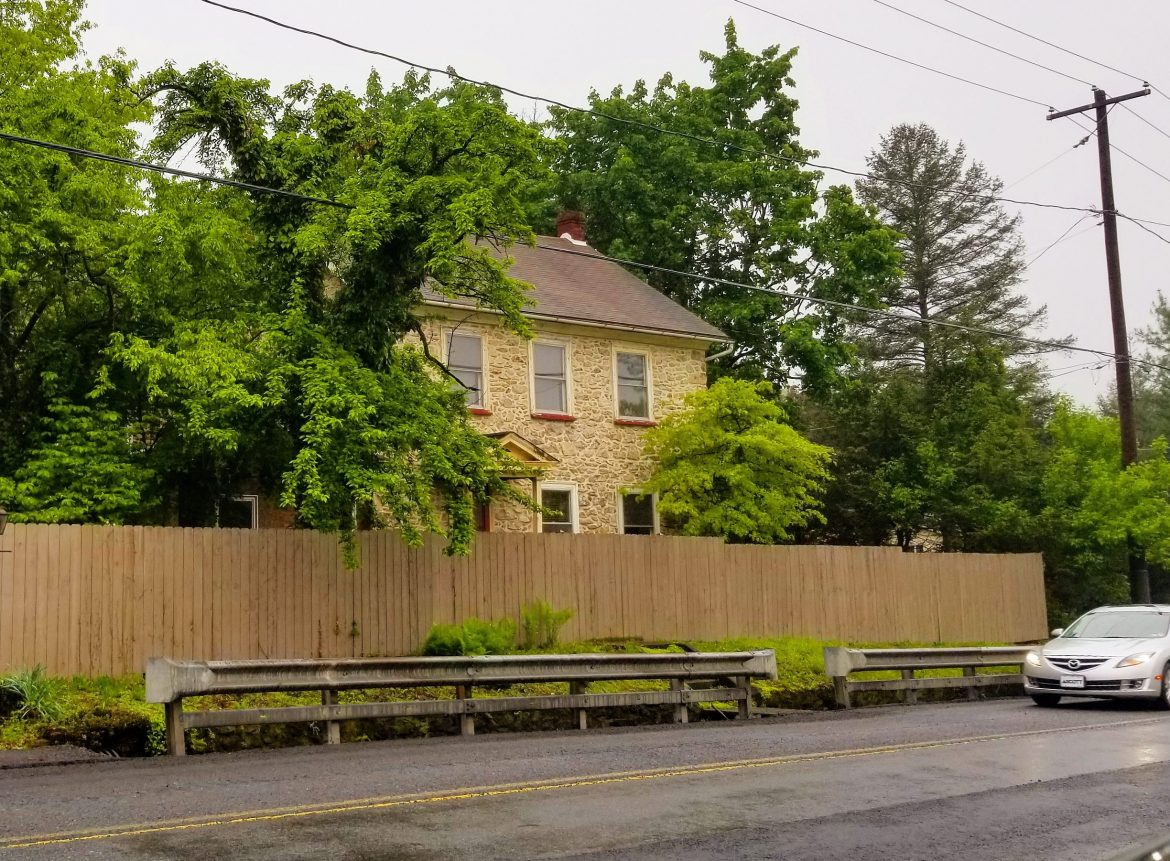 Many of the homes in Leithsville village in Lower Saucon Township are older and located close to Rt. 412, which as a state road carries heavy truck traffic. Several residents are requesting that the speed limit on the road be lowered in order to prevent their homes from shaking.

Many of the homes in Leithsville village in Lower Saucon Township are older and located close to Rt. 412, which as a state road carries heavy truck traffic. Several residents are requesting that the speed limit on the road be lowered in order to prevent their homes from shaking.

Several residents of Lower Saucon Township came together at Wednesday’s council meeting to express their concerns over heavy trucks speeding down Flint Hill Road and onto Rt. 412 in the village of Leithsville.

Glenn Orwan, of the 1900 block of Leithsville Road (Rt. 412), said he has counted as many as 300 tractor-trailers pass by his home in a single day.

Orwan said his house shakes each time one passes by.

The situation has escalated to the point where his plaster ceiling is beginning to crack, Orwan said, adding that when he contacted PennDOT, an engineer blamed the cracking on his 200-year-old home’s foundation.

He also articulated concerns over eventually selling his home, asking “How am I going to sell a house that shakes?”

Orwan pointed out that the trucks–some of which are using Flint Hill Road as a shortcut to Interstate 78–often speed by at 60 mph, which is well over the 40 mph limit. Even 40 mph is high, considering the proximity of houses to the road in Leithsville, he said.

Fellow township resident Clarann Filko, also of the 1900 block of Leithsville Road, also expressed concerns with the speeding trucks, especially in regards to the potential for an accident.

Filko said two of her cars have been rear-ended and demolished in accidents in the area, one of which occurred in 2015.

In 2012, a dump truck driver lost his brakes on Flint Hill and slammed into the Leithsville Fire Station, ultimately destroying the building, which was later rebuilt. One person died in that accident and the truck driver was seriously injured. A near-miss accident occurred in the same area in 2014.

Both Orwan and Filko came before council looking for support in getting the speed limit in Leithsville lowered.

Council vowed to do as much as they can as a township, although the decision ultimately lies in the hands of PennDOT, since Rt. 412 is owned by the state.

In the meantime, councilwoman Donna Louder suggested that Lower Saucon Township Police monitor the area, adding that truck drivers would likely slow down and radio a warning to other drivers if they did.

Council Vice President Priscilla deLeon suggested Orwan make a Facebook post to see how many others suffer the same issues with shaking houses.

Council also discussed the possibility of gathering speed data and sending it to PennDOT, while urging residents to continue reaching out to their local legislators about the issue.