Northbound rush hour traffic on Main Street in Hellertown already backs  up hundreds of feet at the Walnut Street light, as vehicles waiting to turn left onto W. Walnut struggle to do so in front of a steady stream of southbound Rt. 412 traffic; and come June, with the closure of W. Water Street for a two-month bridge replacement project, the backups will likely grow worse.

That was the message delivered to Hellertown Borough Council Monday by resident Don Werkheiser, who said rush hour traffic can back up as far south as the entrance to Neighbors Home & Garden Center.

Werkheiser asked council members if a green left turn arrow would be installed at the traffic light to help reduce congestion, but the answer delivered by council was anything but reassuring.

“PennDOT has consistently said (the intersections) don’t warrant it,” council president Tom Rieger told Werkheiser. “They’re not the ones driving it at five o’clock and eight o’clock,” he added. 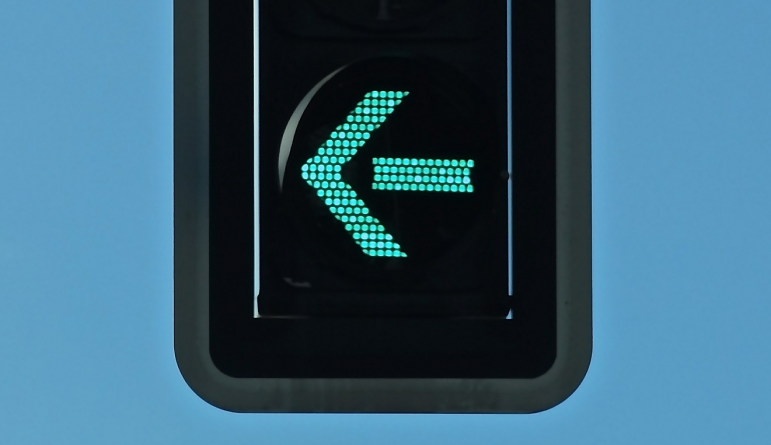 Do you think a left turn arrow is needed for northbound Rt. 412 traffic at Walnut Street in Hellertown?

Last year council discussed the possible need for turning arrows at the Walnut-Main Street intersection, following the closure of the Northampton County-owned Meadows Road Bridge near Rt. 412 due to its deterioration.

Northampton County has announced its intention to repair or replace the Meadows Road bridge, but no timetable for doing so has been established and completing the steps needed to replace it could take years, particularly if an effort is made to preserve the 161-year-old stone arch bridge.

In the meantime, the closure of the two nearest bridges to the Walnut Street Bridge could mean a heavy traffic burden will be placed on it this summer.

At Monday’s meeting, Rieger directed Hellertown Borough Manager Cathy Hartranft to draft a letter to PennDOT asking that green arrows be reconsidered, and citing public support for their installation.

He said the borough would also request a letter from the Hellertown-Lower Saucon Chamber of Commerce in support of the request.

A date for the closure of the Water Street Bridge has not yet been announced, but it is likely to be closed sometime in mid-June.