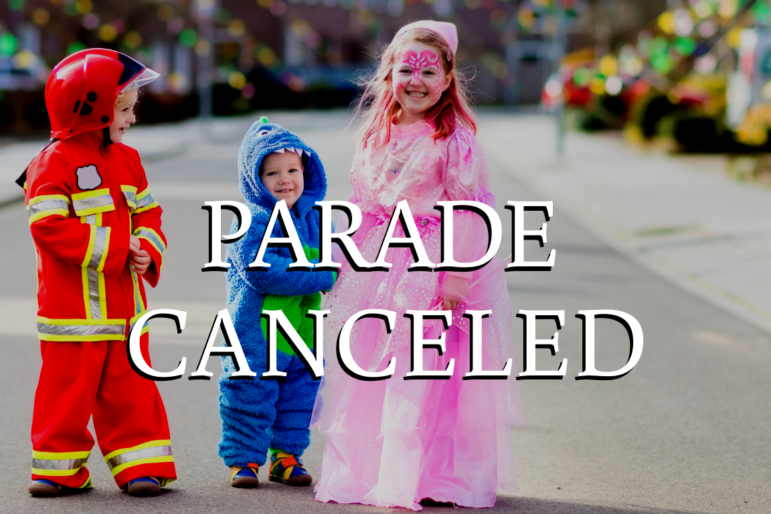 Sometimes life rains on your parade. Even in Hellertown.

A beloved community event that volunteers spent the better part of a year planning has been canceled due to the rain that is expected to fall Sunday.

Saucon Valley Spirit Parade Chairman and Hellertown Mayor David Heintzelman confirmed around 9:20 a.m. that this year’s seven-division parade is being canceled. There is no rain date.

Heintzelman said that the bands that march in the parade are withdrawing due to the rainy forecast. “It’s not possible to run it without them,” he said.

In addition to local high school and middle school bands, the Mummers’ Uptown String Band from outside Philadelphia was once again scheduled to perform in the parade, which was to begin at 2 p.m.

Rescheduling the parade would be a logistical challenge due to several factors, one of them being that the Pennsylvania Department of Transportation (PennDOT) only approves the closure of Main Street in Hellertown (Rt. 412) for the period of time when the parade is planned.

“We have over 1,000 persons involved in this parade,” Heintzelman said Saturday, in an explanation posted on Facebook in response to a question about the possibility of rescheduling the parade for Sunday morning. “They are coming from as far as Philadelphia and beyond. I am not going to conflict with the area churches…worship services. That will affect many.”

“We deal with what we have and when it happens,” he continued. “Instead of asking when the parade might be canceled or what happens when it rains, let us stay positive and enjoy the moment that volunteers put countless hours to show pride in our community. In conclusion, there is no rain date.”

Heintzelman said the money from sponsorships as well as donations to this year’s parade will be rolled into the committee’s parade fund and used to fund next year’s Saucon Valley Spirit Parade.

A candy refill station that was to be staged at the Hellertown Post Office during this year’s parade received more than 500 pounds of donated candy, which presumably will somehow be distributed to local children this Halloween.

At the beginning of last week there was no rain in the forecast for parade day, but a tropical storm that formed over the Atlantic and later combined with a weather system in the eastern U.S. led to a drastic revision by Saturday. As of Sunday morning predictions for Sunday afternoon were for a steady rain to be falling and cool temperatures, with highs in the 50s.