Hellertown and its much larger neighbor to the north have perhaps always had a relationship that’s been uneasy, at least at times. And that’s somewhat understandable.

With a population of roughly 6,000 people, compact Hellertown is dwarfed in size by Bethlehem, a city of approximately 75,000 people spread over nearly 20 square miles.

Over the years, Bethlehem’s large size and rapid growth have meant more economic opportunity for local residents, but its shared boundary with the borough has also made it a convenient kind of boogeyman for Hellertonians concerned about maintaining law and order in their community, which has a reputation as a safe place to call home.

From concerns about how a new casino might impact quality of life to complaints about Trick-or-Treaters reportedly being driven into Hellertown to take advantage of local residents’ generosity, angst over Bethlehem has been well-documented in recent years.

But is there any historical basis in fact for fears over Bethlehem’s supposedly negative influence?

It turns out that there is; at least, if you believe the following rather sensational brief which appeared in a local news roundup in the Dec. 27, 1897 edition of the Morning Call.

What type of behavior qualified someone to be labeled a “hoodlum?” Unfortunately, in this case the author doesn’t specify what crimes the group was alleged to have committed. Regardlesss, streetcars would go on to have a long history in the borough. 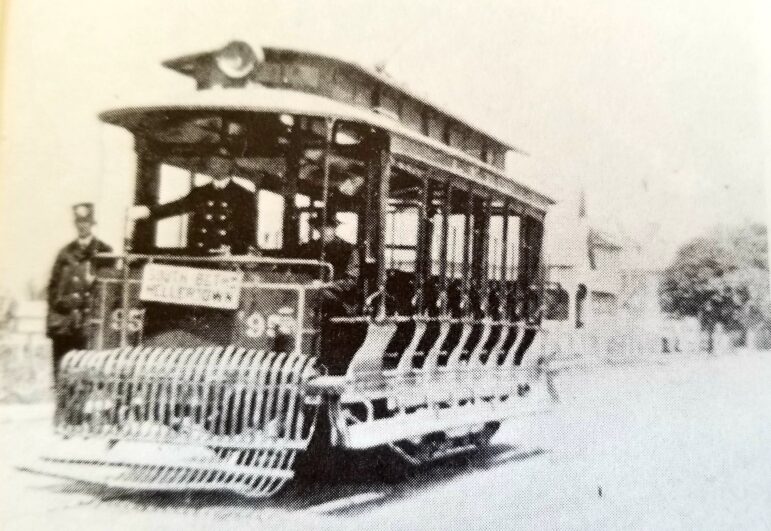 A streetcar traveling from Hellertown to South Bethlehem, photographed on Main Street around 1900. (FILE PHOTO)

TOWNS DOWN THE VALLEY

Items of Interest from the Bethlehems* and Vicinity

THE MECCA OF HOODLUMS

Since the trolley road has been built from South Bethlehem to Hellertown, the latter town has been made the Mecca of a gang of South Bethlehem hoodlums, who have been trying to run the town on the Wild-West plan. So serious have matters become that town council held a special meeting and swore in three special policemen, who have been instructed to arrest all these disturbers of the peace.

*In 1897 there were three muncipalities known collectively as ‘the Bethlehems.’ In addition to Bethlehem, both West Bethlehem and South Bethlehem were independent boroughs at the time. The three communities wouldn’t be united until 1917, when the present-day City of Bethlehem was formed. **”Burned with Hot Fat” refers to a brief further down the page about a man who was seriously burned in an accident near Bath. 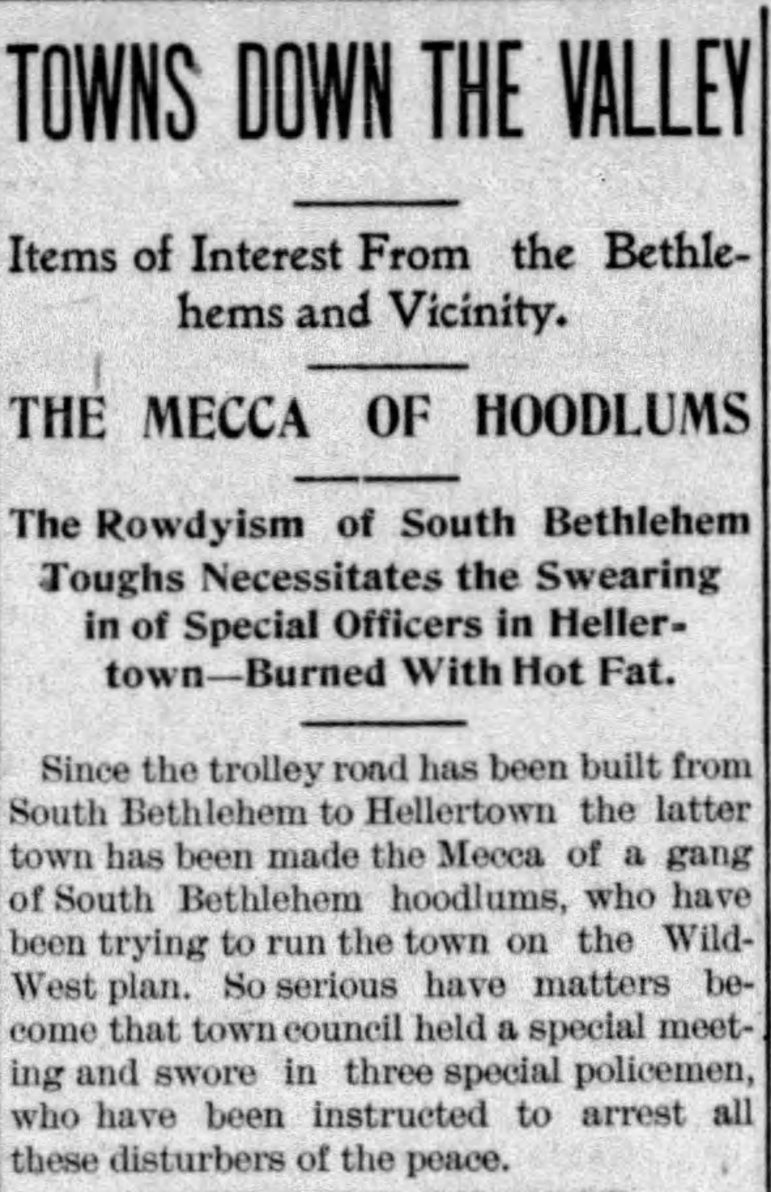 The news brief above appeared in the Dec. 27, 1897 edition of The Morning Call. By that time, this type of sensational reporting–which would come to be known as yellow journalism–was very popular with many American newspaper readers.