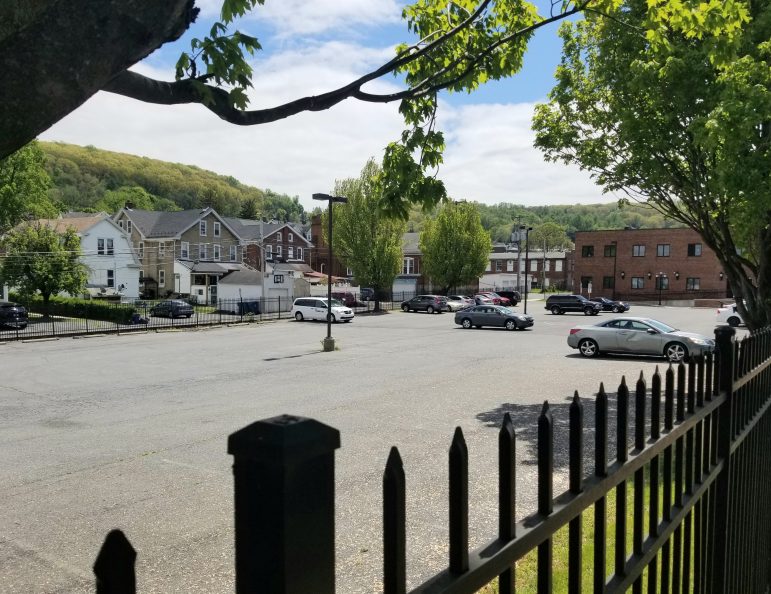 What is currently a parking lot at Cherokee and Bishopthorpe streets in Fountain Hill borough could be the future home of a four-story apartment building. A developer is seeking variances in order to construct the building, including one for parking.

The character of a residential neighborhood in Fountain Hill could be affected by a proposal to construct a four-story apartment building on what is currently a parking lot.

The borough’s zoning hearing board is scheduled to hear an appeal by developer 940 Cherokee LLC on Monday at 7 p.m. at a meeting in Borough Hall that will be open to the public, although only individuals who have “standing” will be permitted to speak at it.

“The board itself will determine who has standing and allow them to speak,” borough manager Eric Gratz said, adding that property owners whose properties are within 150 feet of the site recently received notices of the appeal in the mail “and have standing.”

One reason for the hearing is that the developer is seeking a variance for a borough requirement that mandates a mininum of two off-street parking spaces for each unit.

A description of the appeal that is included with the agenda for Monday’s board meeting states that “(the) applicant suggests that 1.5 off-street parking spaces per 1 or 2 bedroom dwelling unit is consistent with parking standards set nationally for apartments.”

Under the current borough ordinance, 88 spaces would be required for the proposed 44-unit building, however 940 Cherokee LLC hopes to reduce that number to 66 spaces.

According to the agenda, the developer is also seeking a variance to reduce the size of the apartments from what would normally be required–3,000 square feet per unit–to 1,190 square feet per unit. Under the current zoning ordinance, a property that is 132,000 square feet in size would be necessary to construct 44 units that are 3,000 sq. ft; however the parcel at 940 Cherokee Street is just 52,383 square feet, or approximately 1.2 acres.

Lehigh County property records show that the property at 940 Cherokee Street was bought by 940 Cherokee LLC of 559 Main St., Suite 300, Bethlehem for $800,000 in July 2016. The previous owner of the property was St. Luke’s Hospital, according to records.

The property is at the corner of Cherokee and Bishopthorpe streets, a block off Broadway.

Located next to the Fountain Hill Fire Department and roughly across the street from Borough Hall and the police department, there is a two-story apartment building on it currently. That building houses 22 units and was built in 1991, property records indicate.

Although most of the .75 square-mile borough was built out decades ago, and in spite of already being one of the most densely-populated communities in the Lehigh Valley, Fountain Hill has been receiving more attention from developers in recent years.

A proposal to demolish the former Hosey social club building and construct a small housing complex on the site on Russell Avenue won the support of officials late last year.

Monday’s meeting will begin at 7 p.m. and will be held in Borough Hall Council Chambers at 941 Long Street, Fountain Hill, Pa. 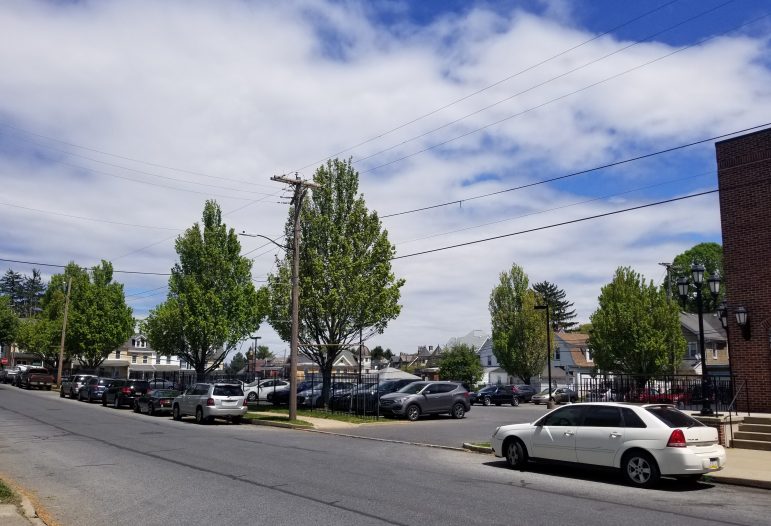 The property at 940 Cherokee Street is located near the center of the borough. Both the Fountain Hill Fire Department and the municipal building are within a stone’s throw of it.