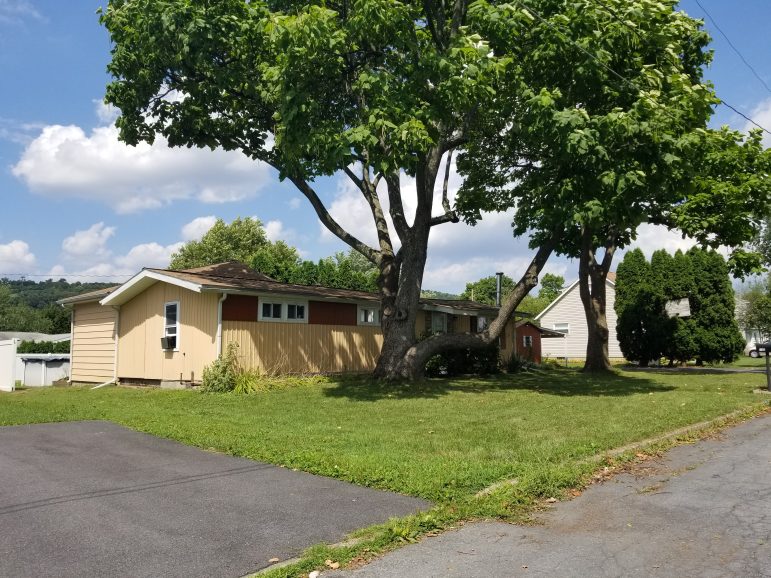 A 40-year-old Salisbury Township woman is charged with felony homicide for allegedly shooting her housemate to death. Terri Hodel of 715 E. Federal Street was arrested and charged on Monday, the Lehigh County District Attorney’s office announced. The home in which the killing occurred, pictured above, is located on a quiet, tree-lined street near the township’s eastern border with the city of Allentown.

A 40-year-old woman has been charged with killing a housemate in the home they shared in eastern Salisbury Township earlier this week.

According to a news release from the Lehigh County District Attorney’s office, Terri Hodel of 715 E. Federal Street was the subject of a welfare check Salisbury Township Police made around 4:45 p.m. Sunday, after they received “a report of concern from a member of Hodel’s family.”

After officers were unable to make contact with the home’s occupants by knocking and identifying themselves, they made entry through a door while continuing to announce their presence, the office said.

Police said that Hodel then “exited a bedroom and told the officers she was OK and asked them to leave.”

When “officers asked about the other occupant of the home, Tracy Lynn Hoffman, Hodel told officers she had not seen Hoffman and the officers left, but noted that Hoffman’s car was parked in the driveway,” the release said. “Police notified Lehigh County Crisis and caseworkers again checked on the welfare of the occupants of the Federal Street home and heard dogs barking, but received no response and made no entry.”

The following day, Salisbury Township’s Animal Control officer reportedly received an email from Hodel requesting that the dogs be taken care of, and advising police that the door was unlocked.

“Because of additional concerns raised by the email, Salisbury Township Police returned to the Federal Street home to check on the welfare,” the release said. “Officers found a note from Hodel and found Hoffman’s body in a bedroom. The Lehigh County Coroner’s Office determined Hoffman had been shot and her death was ruled a homicide.”

Police said that Hodel was later located by officers and taken into custody without incident before being arraigned Monday night and committed to the Lehigh County Jail.

According to the criminal docket filed in the case, Hodel was denied bail due to the felony homicide charge against her.

A preliminary hearing for Hodel is scheduled to be held Tuesday, Aug. 9 at 1:45 p.m. before District Judge Rashid Santiago, court papers said.

Note: All individuals are presumed innocent until proven guilty in a court of law. This story was compiled using information provided by the Lehigh County District Attorney’s office and from Lehigh County court records.