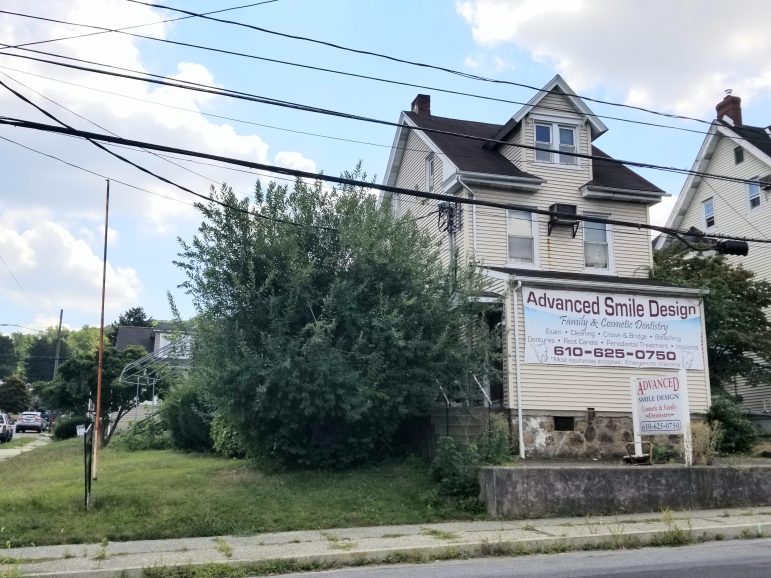 The building at 1106 Broadway, Fountain Hill, that previously housed a dental practice is currently listed for sale for $265,000. A real estate listing for it notes the high visibility afforded by its location on one of the busiest roads in the area.

A building in which frowns caused by tooth pain and gum-related issues were once frequently turned into smiles is now in need of a turnaround of its own.

The former dental office at S. Hoffert Street and Broadway in Fountain Hill has at least one thing going for it. For starters, it has great visibility, according to a listing on the Greater Lehigh Valley Association of Realtors Multiple Listing Service (MLS) website.

The listing notes that in addition to high traffic counts on Broadway, the building offers a number of features that could be adapted for use by another business.

Per the listing, it includes a reception area, four offices/medical rooms, bathrooms and workspace. In addition to another dental office, it could be “ideal” for a real estate office, a beauty salon, a medical office or a therapy practice, it says.

Listed for $265,000, the building is approximately 2,700 square feet and its upstairs levels could be turned into apartments or additional meeting space, the listing suggests.

The 1100 block of Broadway is currently undergoing repairs that will continue into next year, when borough officials say curbs and sidewalks along the corridor will be replaced.

A group of concerned residents in the borough has also become active in revitalization efforts, including an effort to reopen the shuttered Fountain Hill swimming pool.

What do you think would make a great new addition to the borough’s business community? Tell us by sharing a comment.