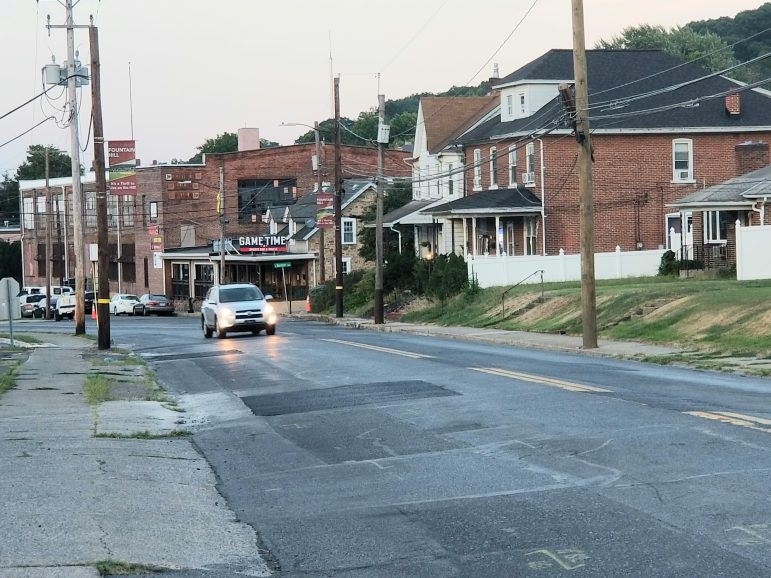 Broadway in Fountain Hill has become known for its lumps and bumps, which have only increased with the current project that is under way to improve it. Above, a westbound vehicle navigates patches in the 1000 block of Broadway on Monday.

When Fountain Hill Borough Council met on Aug. 1, an ongoing major road project in the borough was among the discussion items that topped their list.

Work on the current phase of major overhaul of Broadway is continuing, with borough manager Eric Gratz informing council that its completion is “three to four weeks” away.

However, curb and sidewalk work on Broadway is still out for bids, which he said will be awarded in September, so it may be “until spring” before that part of project commences.

Gratz added that there will be “patches to hold through the winter, and we will have a nice new road in the spring.”

Council President Norm Blatt commended the borough public works department’s work to keep the roads clean and functional “except for Broadway,” which is being upgraded by a contractor working for the Pennsylvania Department of Transportation. That work is ongoing at the same time that crews are working on a gas main project on nearby Rt. 378. 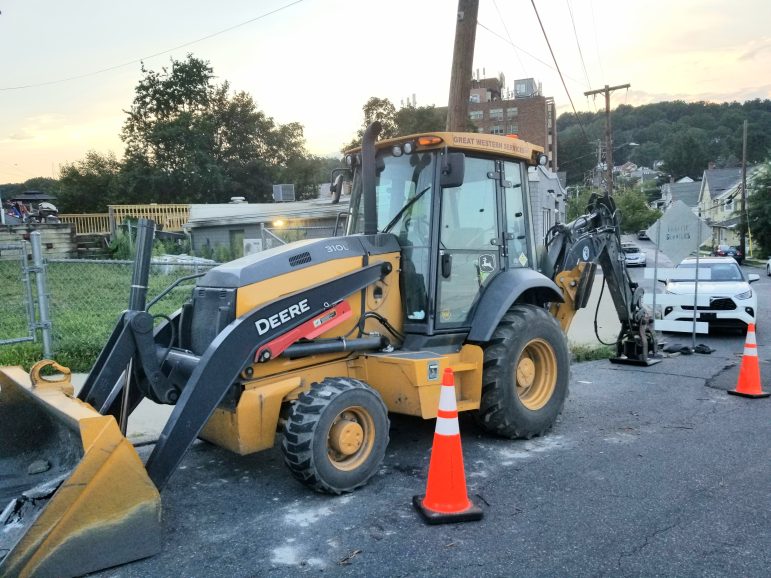 Above, a Great Western Services bulldozer sits parked along N. Hoffert Street near Broadway in Fountain Hill borough. The contractor has been working on a project to improve Broadway throughout the summer.

Blatt also praised the borough’s summer playground program staff, telling council he attended it with his grandchild and was pleased with the staff’s interactions with the kids.

The program’s end date, announced a few days after the meeting, will be Friday, Aug. 26.

In other business, Gratz announced that the search for a global notification system for broadcasting borough notifcations and alerts is continuing. He told council that he hopes to have a vendor chosen and the system in place by early 2023.

It was announced that a new partnership between the Bethlehem Area School District/Fountain Hill Elementary School and Second Harvest be provide fresh food, first to students on free or reduced price lunches, and then possibly to the wider community.

When asked if funds were available and a new crossing guard had been hired for the school, however, the answer was “no.”

A fire department “Wetdown” event that had been scheduled for July 28 was postponed until Aug. 4, when it was held at the Stanley Avenue park and playground. The event was organized through a partnership between the recently-formed Fountain Hill Community Coalition and the fire company.

The next Fountain Hill Borough Council meeting–a workshop session– will be held Wednesday, Aug. 24 at 7 p.m. at Borough Hall, 941 Long St., Fountain Hill. Meetings are also livestreamed and the recordings shared on the borough’s Facebook page. 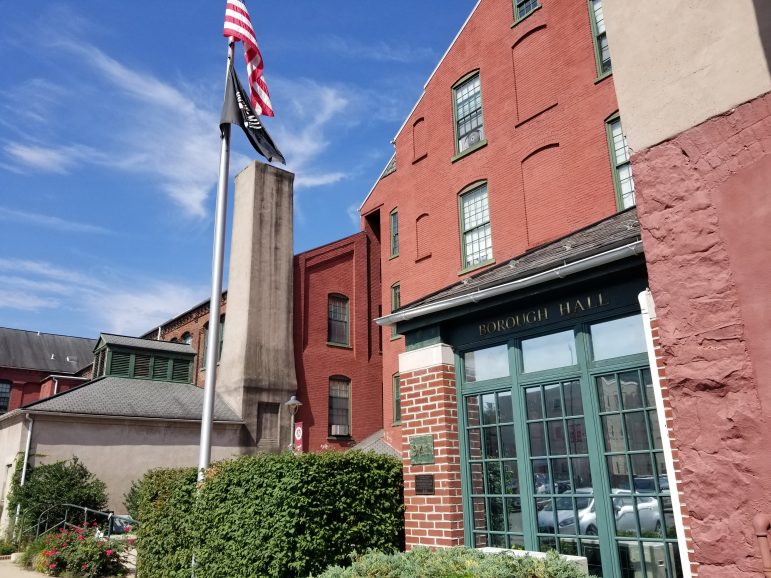 Fountain Hill Borough Hall on Long Street is the location of borough council meetings, which are open to the public as well as livestreamed on Facebook. The next meeting will be held Aug. 24.