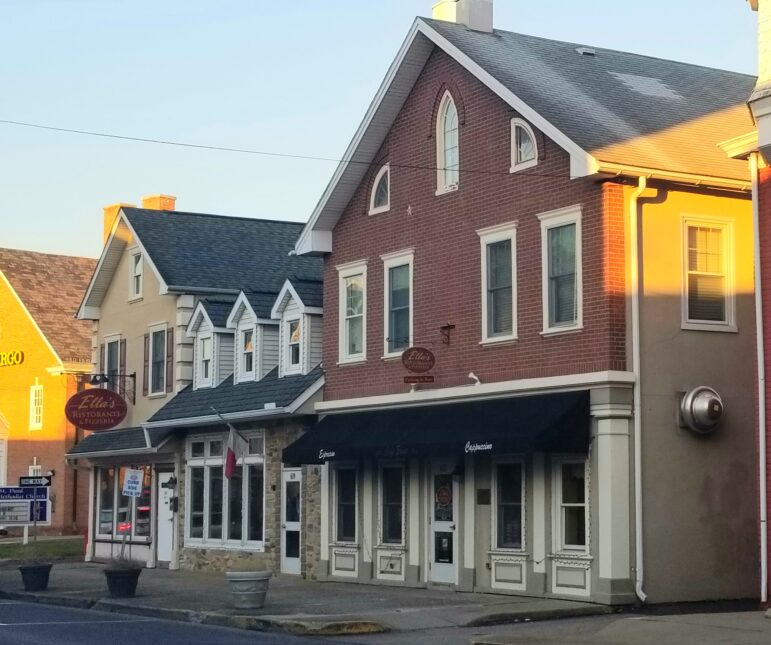 After nearly a decade of Italian dining availability in the former Carson’s Hardware building at 639 Main Street in Hellertown (above), the cooktops have gone cold. Citing “extreme understaffing,” the restaurateur who operated Ella’s Ristorante & Pizzeria there beginning in August 2019 closed the business in April.

It has been more than six months since the aroma of freshly-prepared Italian food regularly wafted across a busy section of Main Street in the heart of downtown Hellertown, and some residents are wondering if–or when–it will again.

The cuisine’s scent disappeared with the closure of Ella’s Ristorante & Pizzeria at 639 Main Street in the spring, due to what the business’s owner called “extreme understaffing.” At the time, Mike Zavaleta said the closure of Ella’s was to be temporary, however no updates about a reopening appear to have been shared since then.

In 2019, Ella’s had replaced the former Bella’s Ristorante and Cafe Erica; two connected restaurants that operated successfully under the ownership of the Cavataio family for a number of years. Chef and former Bella’s owner Vincent Cavataio continues to serve his Sicilian specialties and much more at Alcamo Italian Restaurant in nearby Richlandtown.

In addition to parking in a lot located behind the building, both restaurants also made use of a creekside patio for al fresco dining. Both were BYOB, and Ella’s offered Mexican food on certain nights, though Italian remained the predominant cuisine on the menu.

Other restaurants that are located roughly within the same block include Roma Pizza, La Kang Thai Noodles House, Hana and Nana Coffee, The Vibe Nutrition, Wings on Main and Braveheart Highland Pub, and within several blocks’ radius there a number of other popular options for dining, including the newest addition to the borough’s dining scene.

As of this reporting, there did not appear to be an active listing for the sale or lease of the building on the Greater Lehigh Valley Association of Realtors’ Multiple Listing Site.

What would you like to see open where Ella’s and Bella’s served Italian food in the past?